5 Reasons Why Functional Alcoholism is a Dangerous Myth 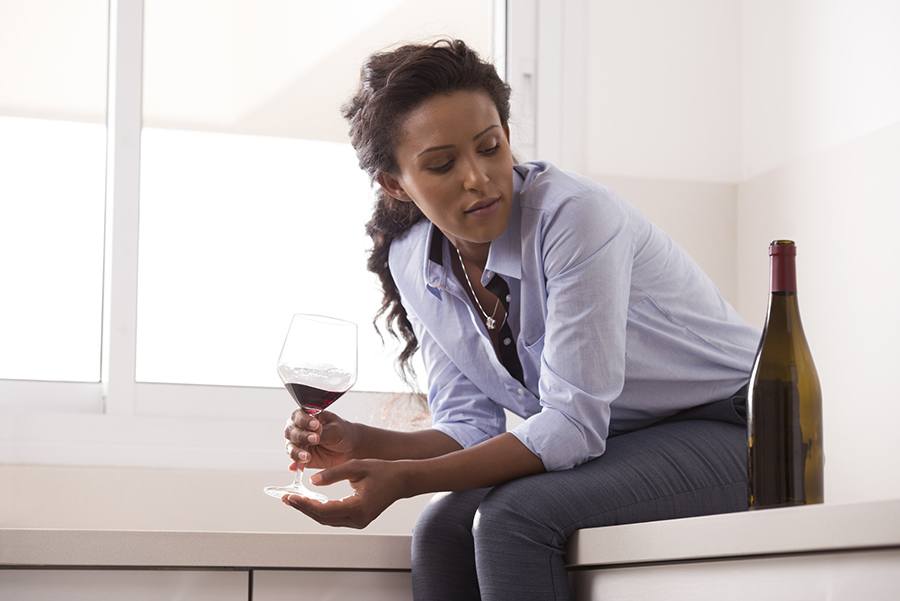 Pop culture is full of stories about high-performers of every stripe, from artists to business moguls to lawyers, who thrive despite, or even because of, their dependence or addiction to alcohol. But even a brief examination of clinical realities show that the “high-functioning” alcoholic, so often depicted in television and film, is really a damaging myth that only helps to perpetuate a dangerous disease. Bridgette Vail, MA, MBA, Executive Director of Footprints to Recovery in PA, has worked in the field of rehabilitation for more than fifteen years. During that time, she’s encountered the common patterns of delusion that alcoholics apply to excuse their dangerous habit, and helped many individuals find their way out of self-deception to sobriety. Here, she explains the common risks these individuals face.

While most people know the negative effects of alcohol use can range from poor judgment to life-threatening alcohol poisoning, alcoholics may not realize how close they’re coming to those dangers. Repeated alcohol use builds up tolerance, but that tolerance level can change based on where and when the alcohol is consumed—meaning that alcoholics are often at risk of overconsumption. But if an alcoholic attempts to go for a period without drinking, danger is still present.

“Alcohol is one of the most difficult substances to detox from,” says Vail. “It’s something that needs to be done in a clinical setting. Removing the alcohol abruptly from your system can create seizures and other organ failures.”

If the alcoholic continues with their dangerous behavior, the consequences will only get worse. Alcoholism can lead to a higher risk of heart failure, dementia, and even certain cancer. And the consequences could mount more quickly than expected.

“Patients might think, ‘I’m in good shape, I’m otherwise healthy, but what does that look like long term?” say Vail. “We see many young people with cardiac issues, liver issues and brain disorders. It has the potential to impact every part of your body.”

The Odds of a Crash Are High

Even if the alcoholic is fine with their life currently, that doesn’t mean their life will continue that way. Alcoholism can cause severe, life-changing mistakes.

“For some people who finally seek help, it’s forced. Somebody is driving under the influence and has a legal entanglement that forces things to the forefront,” says Vail. “For others, it’s a very gradual decline.” Vail often sees patients who pursue bad behaviors due to their drinking, and then have to drink more in order to mask their guilt or shame, forming a vicious cycle. Whether it’s one big mistake or a lifetime of small mistakes, in either case, the result is a significant deterioration in the person’s quality of life.

They Only Think They’re High-Functioning

“The reality is, if somebody is drinking to the point of consequence, they’re no longer high-functioning,” says Vail. “The thing about people in denial is, they don’t realize they’re in denial.” Vail sees many patients who insist that their career and lifestyle are doing fine. They insist that because they’re not employed, and they could stop in the future, they don’t need to stop right now. According to Vail, not only is there a risk of things becoming worse in the future—the alcoholic is actually preventing themselves from thriving in the present.

“Yes, you may still have your job,” says Vail. “But how is your performance at work? Are you showing up late or hungover? Have you experienced any professional growth?” To break through this kind of self-deception, Vail applies group therapy within a rehab setting.

They’re Hurting the People Around Them

Even when the alcoholic isn’t hurting themselves, chances are the people they love aren’t so lucky.

“The individual sees themselves as more high-functioning than the people around them do,” says Vail. “If you flip the script and ask other people in their lives, it actually is a problem.” Vail has seen patients who don’t realize how much damage they’re doing, before it’s too late.

“Often it creates chaos in the home,” Vail says. “If people are living in a chaotic environment, they start to reflect that. Children can have a hard time at school or start acting out. Significant others may start spending more time outside of the home, or not want the person abusing the alcohol to return home. Yes, you may still have your family, but for how long?”

Much like addressing alcohol’s negative effects on performance, Vail uses family therapy to show the person how much pain they’re causing.

“It’s really about exploring this idea of, ‘It’s not a problem.’ You may not see it as a problem, but what do other individuals in our life see?” The important thing, says Vail, is to break through the stigma and shame that fuels the self-deception of the “high-functioning” alcoholic.

“Alcoholism does not discriminate. Substance use disorders look like all of us. It hits every socioeconomic status, every culture, every neighborhood,” says Vail. “We’re looking at use disorders as more of a chronic brain disorder or chronic physical health disorder. As a field we are changing, and the more we can see this disorder for what it is, the more effective we are going to be in managing this disease.”

Interested in learning about your options for overcoming alcoholism? Learn more at Footprints to Recovery.