Inside Addiction Recovery: How a Former Rehab Patient Helps Others Beat Addiction 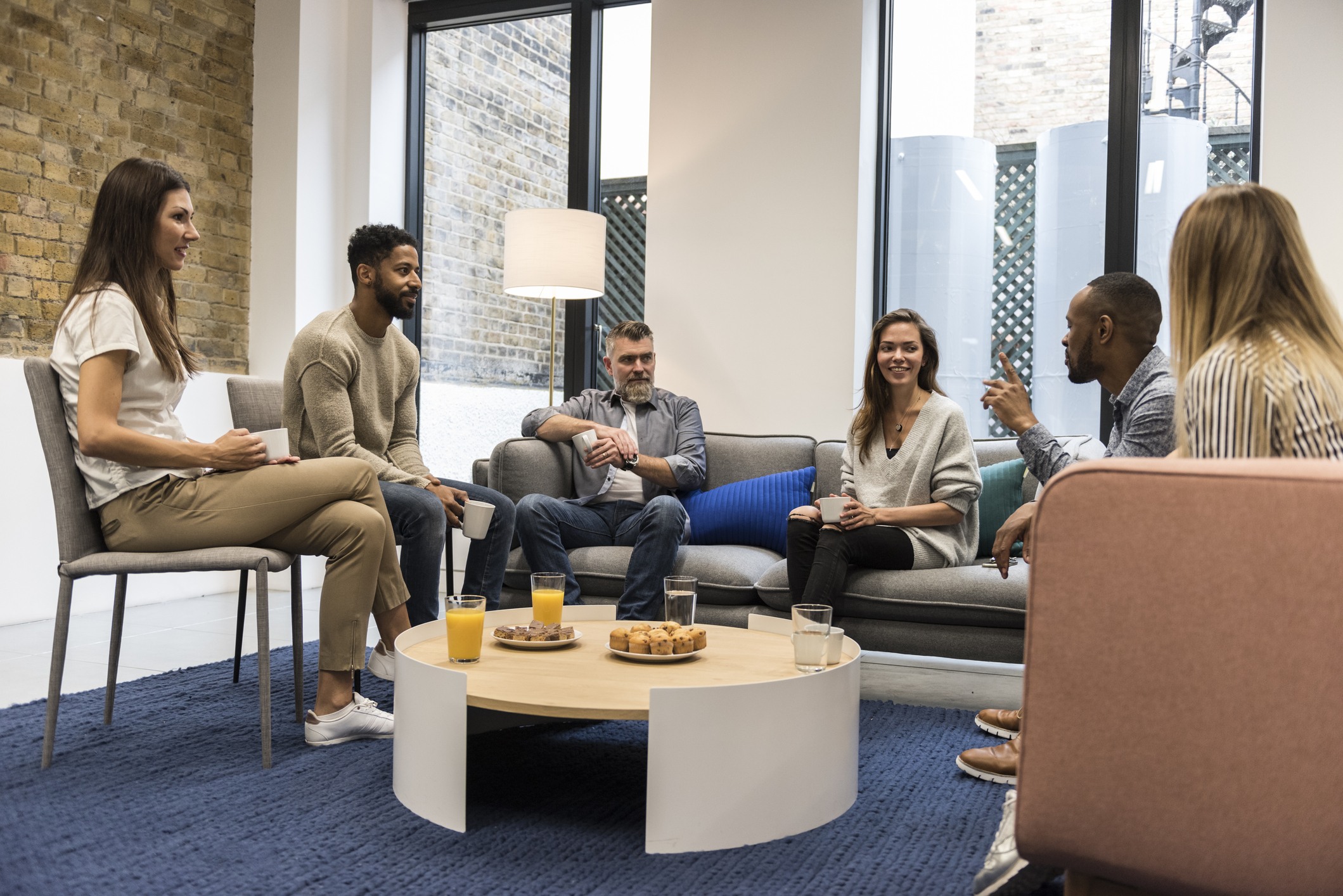 By 21, Alex Hoffman had seen the worst of addiction, dropping out of high school, serving time in jail for burglary, and overdosing on heroin. Today, at 26, he’s employed, has his own home, and enjoys acting and playing baseball in his free time. The transformation that occurred in his mid-twenties didn’t come easy, but today, as managing director for PA Sober Living, he advises patients in the Footprints to Recovery program on how to successfully beat their addiction, using his own experience in defeating the drug—a responsibility that he says is more pressing than ever.

“The opiates and the drugs out there now, weren’t out there six years ago, when I was using. It’s just so dangerous to be in active addiction right now, and it’s really attacking these young kids,” Hoffman says. “It’s important to me to be able to help them with my own experience. I tell them, ‘If I can do it, you can do it.’”

Hoffman began using substances when he was fourteen years old, starting with marijuana before quickly progressing to harder drugs, moving from ecstasy to heroin while still a teenager. Because of his addiction, he moved in and out of juvenile detention centers and shelters, stealing from family members and friends to support the price of drugs, a source of guilt and shame that only made him want to use more frequently. By the time he was 19, he was a two-time felon.

He attempted to break his addiction by going to rehab, without success. The programs he tried were short term stays, focused on getting him sober, then returning him to his everyday life—where Hoffman immediately fell back into his old habits.

“I was a week home from rehab and I went and got heroin,” Hoffman say. “I ended up overdosing in my parents’ basement.” After the overdose, Hoffman’s life, already in dire conditions, spiraled downward.

“I was out on bail for a burglary charge. I got nervous that if they found out I overdosed they would throw me back in jail,” he says. “I ended up skipping bail and going to a friend’s house in Wisconsin.” Hoffman was arrested, and while being held, the friend he was staying with was killed, the passenger in a drunk driving accident.

After his extradition back to New Jersey, his rehab officer intervened. She offered him a choice—go to rehab and get clean for good, or go back to jail. Hoffman was skeptical about going back to rehab again, given his past failures, but his experiences had finally made him realize he couldn’t continue this lifestyle. More than his own troubles, he thought of his friend from Wisconsin.

“He was only 21-years-old, and he was gone. It tore me up and put things in perspective,” says Hoffman. “Even after the overdose and all of that, I still didn’t think anything bad was going to happen to me. But sitting in the county jail and then finding out that happened, that was an eyeopener. I thought, ‘If I keep going down this path, that’s what’s going to happen to me.’”

The Road to Recovery

Hoffman entered sober living housing and began treatment at a Footprints to Recovery outpatient facility. There, he encountered a completely different treatment program than the ones he’d tried before, one that treated the root causes of addiction while building the structure necessary to replace a life of addiction with one of purpose.

“It’s a really open place, all the staff are easy to talk to, they have great trauma treatment and a holistic approach overall. They helped me with what was going on with me internally through therapy, while also improving my living situation with career counseling and opportunities,” says Hoffman. “That was where the shift came in, that I could actually do something and be somebody.”

Through his work in therapy sessions, Hoffman uncovered the drive that had caused him to seek out and use substances in the first place, when he was just 14 and using marijuana for the first time.

“They helped me get to the root of what started all of it,” says Hoffman. “When I was using, it was always that I wanted to do something to be accepted by other people, even if I didn’t want to do it. I just never felt comfortable with who I was, and I always wanted to fit in, be liked, and have this big friend group. They taught me it’s ok to be me, that it’s ok to be different.”

To support his internal progress, Footprints helped Hoffman find activities and a social sphere that would give him external support and structure. He entered a twelve-step program, where he found a supportive community that he could be open and honest with. He built relationships that would continue after he left Footprints, often calling Footprints staff and former patients just to talk.

When he started to venture back out in the world, he was surprised to find it could be supportive as well. While still in recovery, he wanted to save up to get his own place. One of the staff suggested to him he could find work at the BMW dealership across the street.

“I called the guy, and I was honest with him and told him that I was in rehab and looking for a job. He told me ‘I’m thirty years in recovery. Come in for an interview tomorrow,” says Hoffman. “I was never really open and honest with anyone, and I was open and honest with him, and he had struggled with addiction too. That meant a lot.” The job itself helped as well, giving him a sense of productivity and purpose every day. After six months at the sober living housing, Hoffman felt he had built the structure necessary to live on his own.

Hoffman now helps others recover from addiction like he did, as a directing manager for PA Sober Living, which runs sober living houses that work with Footprints to Recovery in Philadelphia. He talks one on one with patients as they work through their treatment, coaching them through recovery.

From the start of their treatment, he helps patients navigate programs to find the right one for them.

“At Footprints, one reason I like them so much is that they really take an individualized approach—They adapt to everybody’s individual style.” Hoffman recommends patients seek out treatment, in addition to general addiction programs, that address their specific underlying condition.

Once patients are on the road to recovery, Hoffman helps patients start to build the structure that he has found so valuable, by advising patients to rediscover what they love. “When I was younger, I used to play baseball. The addiction and drugs took baseball away from me, so I joined an adult baseball league when I was clean. I liked doing acting, so I took acting classes,” says Hoffman. “I tell people, ‘It’s about being who you are and not being ashamed of it—doing those things in elementary or middle or high school that you enjoyed that other people made you feel bad for enjoying. You shouldn’t feel bad about being yourself.”

Perhaps most importantly, when patients struggle with the possibility of relapse, Hoffman tries to be there for them. When patients feel down, he advises them to remember what drugs have taken away from them, and what living sober can do for them, speaking from his own personal experience.

“I tell them, ‘Yes, maybe using heroin or cocaine sounded appealing, but every time I used heroin I stole from my brother, I got kicked out of my house, I had no place to go,’” Hoffman says. “’I played that tape through my head, and that helped me stay focused on being productive—going into work and saving up, which gave me a more fulfilling purpose than hanging out in a garage using drugs.’”

When patients struggle with a personal crisis—such as the death of a family member or the loss of a job—which could potentially tempt them to move back into addiction, Hoffman tries to be there for them, to help them maintain their positive habits and relationships.

“Whether it’s driving out and hanging out with them, or taking them out to dinner, or going to play laser tag, I try to do something that reengages them and refocuses them so they’re not sitting and dwelling on what’s upsetting them. I also try to get them to speak with their counselor and the people they built a network with—because other people have gone through this as well,” Hoffman says. “Somebody may have gone through a situation that I haven’t personally gone through, but I can direct them to someone who has. We’re a community—everyone has gone through something.”

At the end of the day, Hoffman says the success of the patients he works with at Footprints makes it all worth it.

“This field isn’t always easy,” says Hoffman, “but I love seeing people succeed. I have people call me six months or a year later to say, ‘I’m still clean, I have my own house, and I have my family back.’ That’s why I love this work.”

SPONSOR CONTENT 5 Reasons Why Functional Alcoholism is a Dangerous Myth