On the Market: Fixer-Upper Extended Trinity in Logan Square

After many years as a rental, this 19th-century house on a unique Center City block is being offered for sale, giving you a chance to literally live in the center of it all. 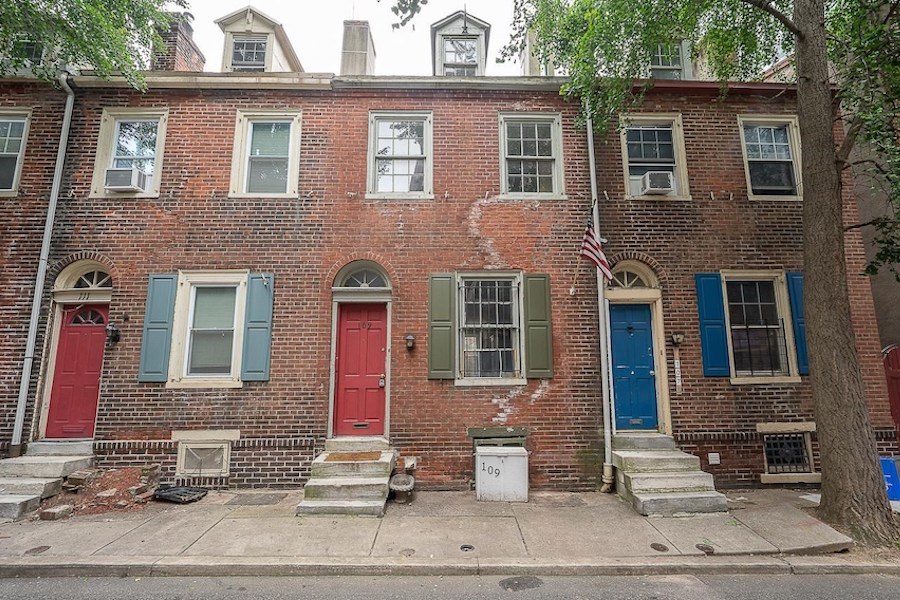 Buy this historically certified extended trinity at 109 N. Mole St., Philadelphia, PA 19102, fix it up, and you will be sitting pretty when you want to explore Center City, for you will be living just around the corner from its exact center. | Bright MLS photos via BHHS Fox & Roach Realtors

This week’s featured trinity doesn’t look all that hot. You can see from the photo above that it needs work, for it has some mold intrusion issues on its brickwork. And that’s just the first item on this house’s list of things to fix or upgrade.

But you should also be able as you peruse the photos below to see the opportunity this Logan Square extended trinity house for sale presents.

Besides having the potential to serve as a truly fabulous residence after a thorough rehab, it also offers you a very rare opportunity to live on a street like no other in the country.

That’s because this extended trinity is located on the 100 block of North Mole Street — the closest residential block to the center of any American city. The earliest houses on this block, including this one, date to the 1830s, 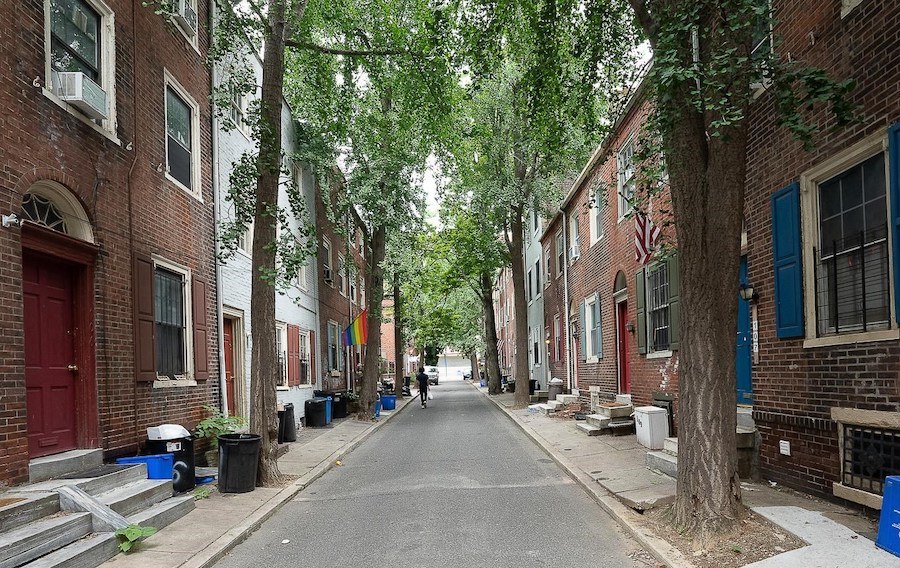 The 100 block of North Mole Street, looking north; 109 is located just past the large tree on the right

Sure, you can find blocks this charming elsewhere in Center City. Washington Square West, for one, is lousy with “little streets” that look a lot like this one. But none of them offer you the ability to walk to City Hall in less than five minutes.

And it has plenty of space, inside and out, starting with its open-plan main floor. 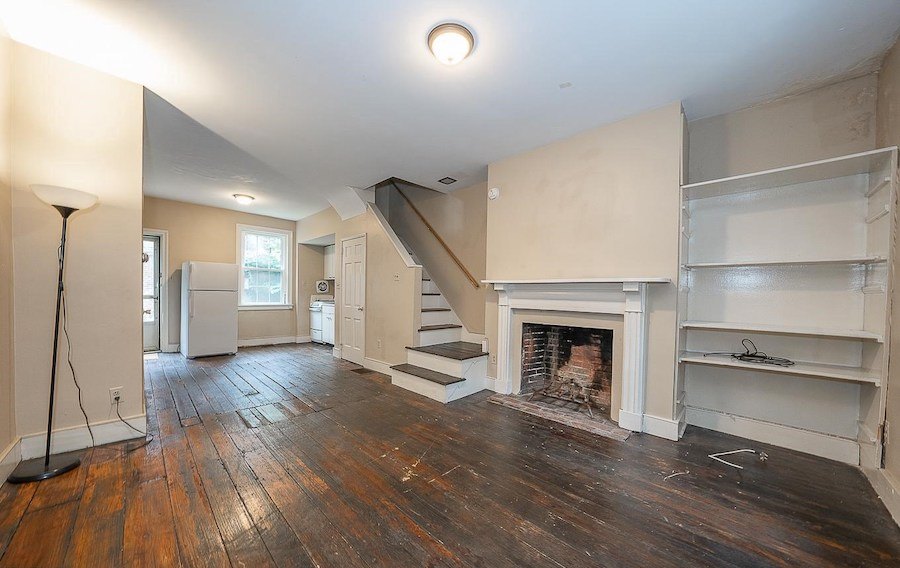 It’s quite likely that the main floor was opened when this house was minimally rehabbed for renting out. But the layout means that you can easily relax and entertain guests here. 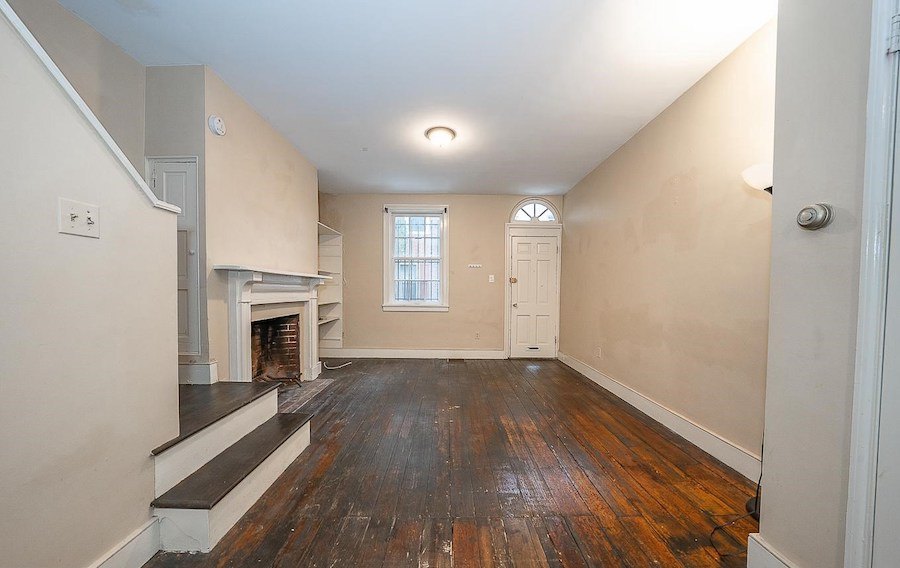 The living room part of the floor has a working fireplace and a built-in bookshelf that you will no doubt want to upgrade to something more in keeping with this trinity’s colonial character. 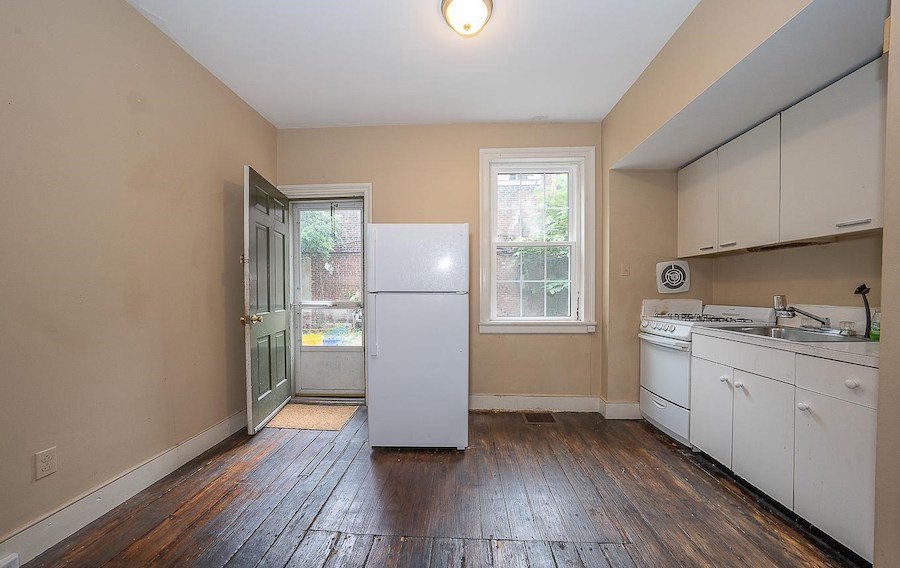 There’s room enough for a dining table in the space next to the modified trinity stairs next to the bare-bones kitchen. (The original trinity staircase remains in place between floors two and three.) It will be pretty easy to transform the kitchen into a gourmet cook’s delight by upgrading its cabinets, adding more of them, reconfiguring its range and vent fan, putting in a counter on the wall opposite or adding an island, and so on. 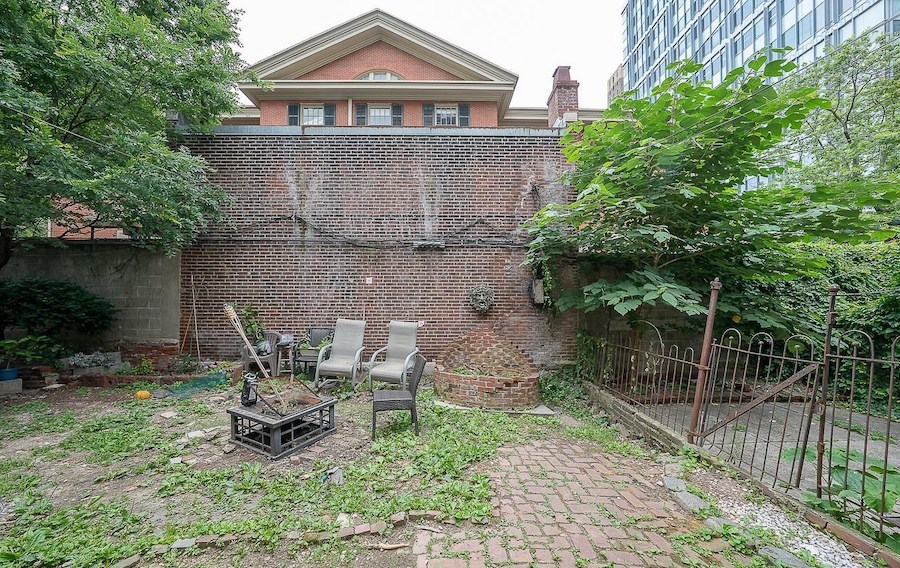 The spacious brick patio in the back already has a fire pit. Some garden work and brickwork restoration should make it shine. 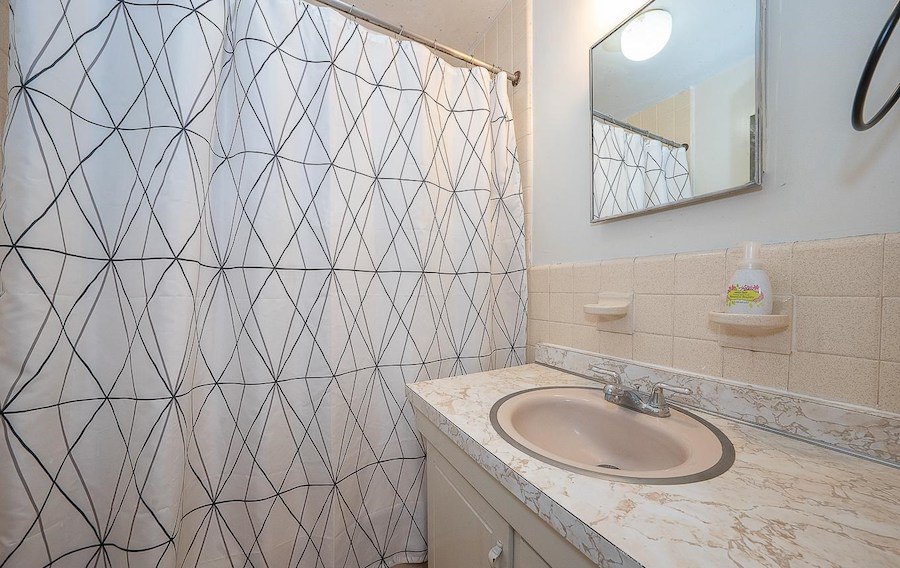 The second floor contains two bedrooms and a hall bath. The front bedroom has plenty of closet space, while the back one currently has shelves hidden behind a curtain and would make a great home office. 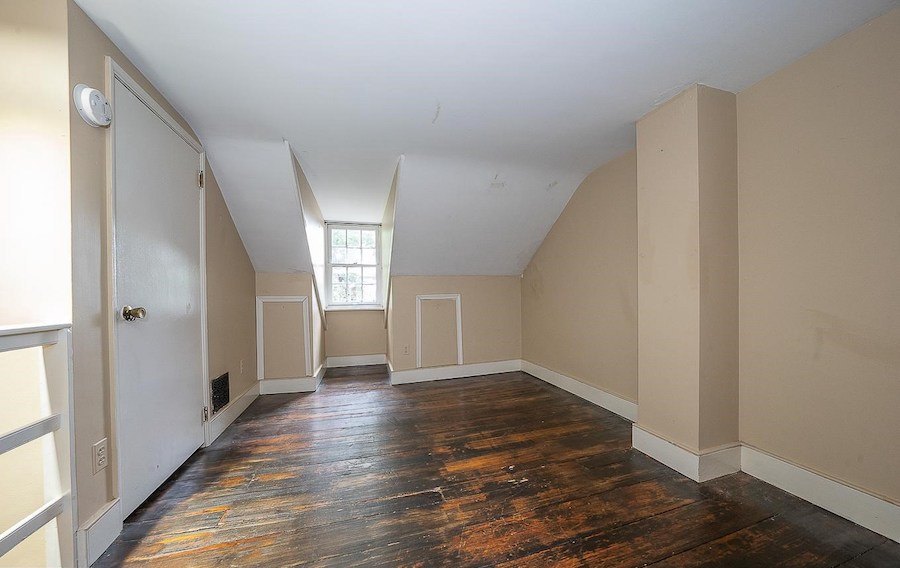 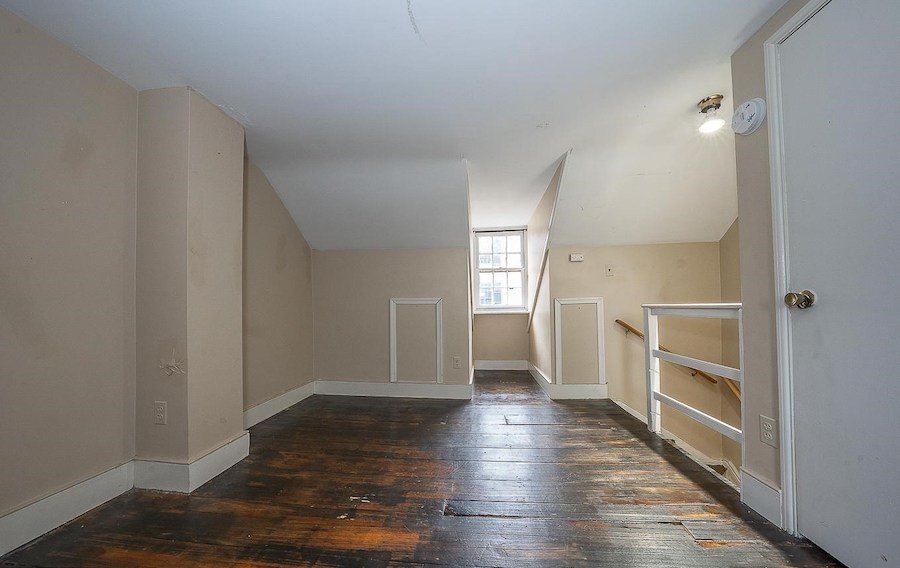 And the top floor contains the primary bedroom between its two dormer windows.

The unfinished basement contains the laundry facilities and all the mechanicals.

Thanks to its very central location, you have a world of choices just outside your doorstep: The restaurants that line the Benjamin Franklin Parkway between here and Logan Square. The Free Library and the museums that ring the square itself. The Reading Terminal Market, just four blocks away. Dilworth Park and its year-round schedule of events and activities. Shopping and dining on Chestnut Street and Rittenhouse Row. And much, much more in this Walker’s Paradise (Walk Score: 96).

And if you want to venture further than you care to walk, well, City Hall, 15th Street and Suburban rail stations are all less than two blocks away.

This house also comes with its very interesting neighbors as an added bonus. The residents of Mole Street, many of whom have an artistic bent, were known for more than 35 years for celebrating the summer solstice with a block party featuring free live music and food, open to anyone who wandered by. Then two musicians, one of whom lived on Mole Street and both of whom also went into the talent-booking business, blew “Molestice” up into a Big Time Event in the late 2010s. They pulled the plug on the 2020 party after COVID sent the country into lockdown, however, and there hasn’t been an attempt to revive it since then.

Might you be the one who brings Molestice back to life? You might be if you buy this Logan Square extended trinity house for sale, but I suspect that you would be wise to talk with the neighbors first before doing so. As the summer solstice has come and gone already this year with no block party, there may be a backstory involved that hasn’t been told publicly.

And in addition to the neighbors, you will also want to engage with an architect or remodeler who can help you bring this house up to modern standards of style and amenities while respecting its early-19th-century pedigree. And you will still want to do this even if, as its current owner did, you plan to rent it to either long-term tenants or visiting travelers as an Airbnb.