Loaded with culture and close to the Schuylkill, Center City's northwestern neighborhood is close to all the action yet off the beaten path. 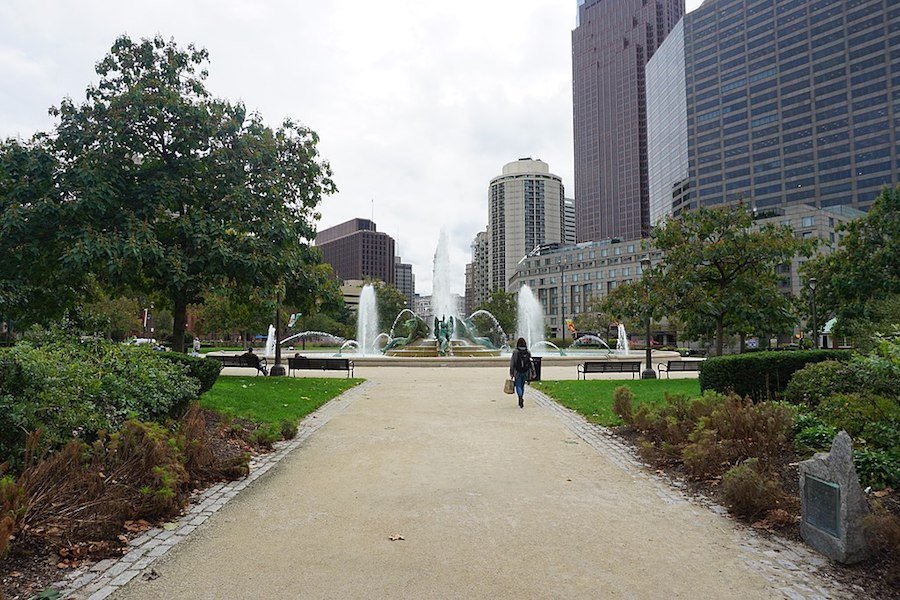 Logan Square? Logan Circle? The city’s raised the prospect of re-squaring the circle, but for now, both terms apply. | Photo: Michael Barera via Wikimedia Commons, licensed under CC-BY-SA-4.0

Logan Square is the Center City neighborhood that’s easy to overlook, wedged as it is between the office/apartment canyons of Market Street and JFK Boulevard and the Ben Franklin Parkway cultural district.

But that may be just how the residents like it. They have unparalleled access to some of the city’s greatest assets — the museums that stretch along the Parkway northwest from Logan Circle itself, the Free Library, the Schuylkill River Trail, the transportation hubs at 30th Street and Suburban stations, fine dining throughout the neighborhood and shopping along Rittenhouse Row just outside it — but they can retreat to their quiet, leafy residential streets and neighborhood hangouts whenever they feel like it and tune out the city’s noise and bustle.

Logan Square’s low-rise heart is bordered by high-rise apartments, condos and office towers on just about all sides, including the city’s two tallest, the Comcast Center and the Comcast Technology Center. It’s also home to one of the city’s largest apartment communities, the National Register-listed Park Towne Place, and one of its more luxurious condominium buildings, the Murano. And more of these are on the drawing boards. But so are several more down-to-earth townhouses and condos. Let’s take a figurative stroll around and see what’s there.

What You Can Buy in Logan Square 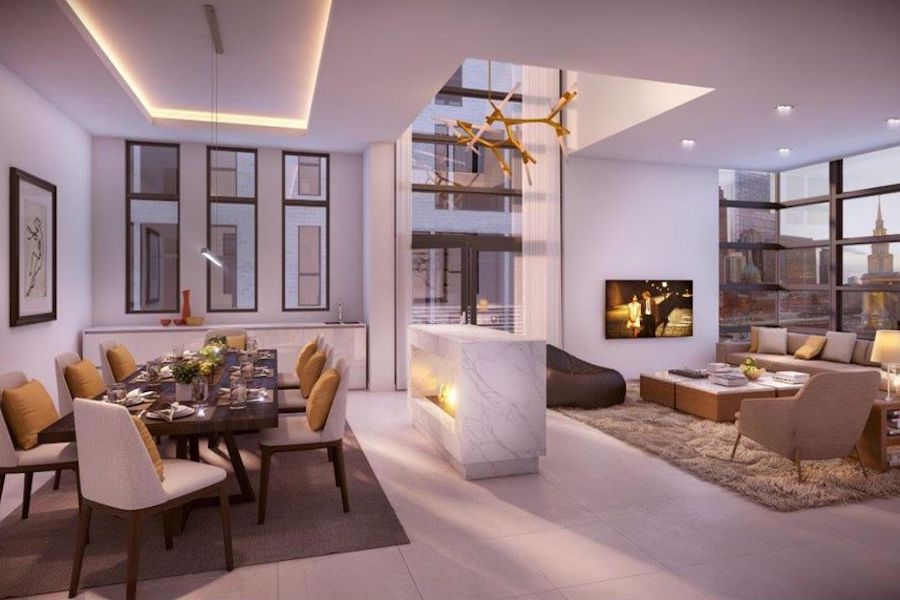 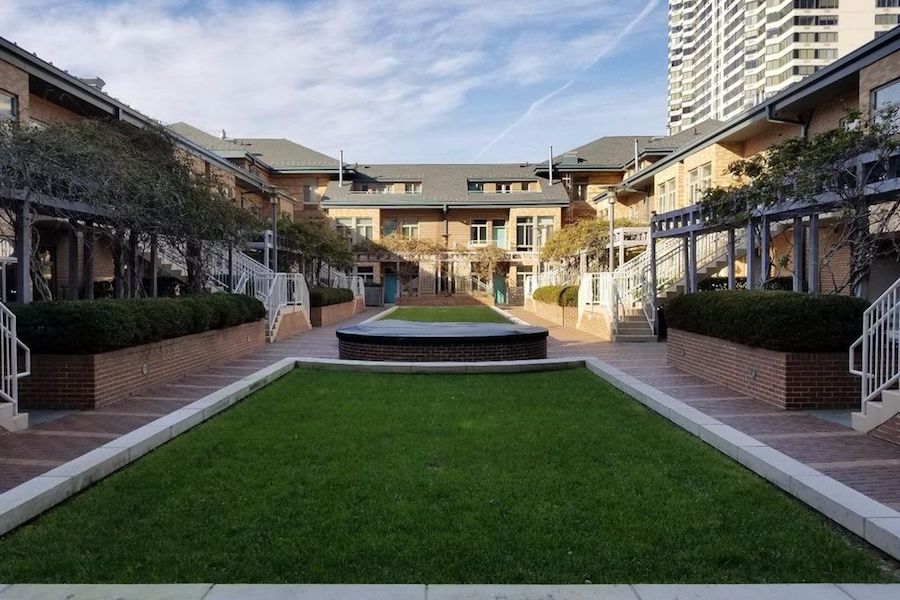 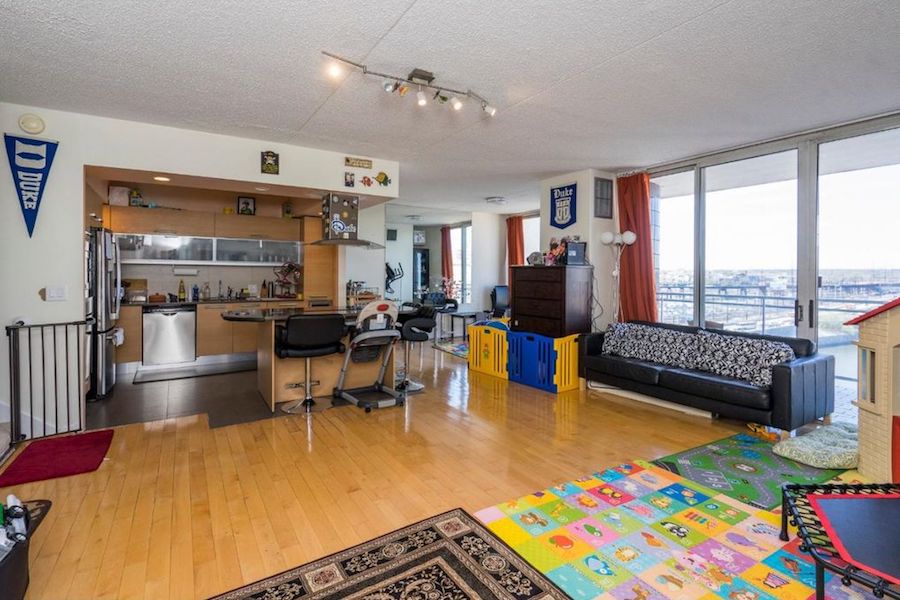 Riverside Condo With Views of the Schuylkill

What A Real Estate Agent Says About Logan Square

“Logan Square has always been one of my favorite neighborhoods in Center City.  I went to school there (Friends Select), worked there prior to becoming a Realtor (an attorney in One Logan), and now I love to sell homes there. And many Philadelphians and tourists alike know the famous Swann Fountain, the Franklin Institute, Academy of Natural Sciences, the Basilica of Saints Peter and Paul, and the Free Library, all in and around Logan Circle.

“The main residential portion of Logan Square roughly spans from 20th Street to the Schuylkill River, Arch to Vine, with some scattered blocks outside this range. It is a quite small residential neighborhood with very little commercial. Yet situated in the center of much of the best the city has to offer; a few blocks to Rittenhouse, the Parkway and its museums, Trader Joe’s, Whole Foods, and the Schuylkill River Trail. And it is right off of Philly’s main office district, plus an easy walking neighborhood to 30th Street Station and University City.

“Many of the blocks are quaint, tree-lined side streets with lovely townhomes, such as Van Pelt, Cherry, Appletree, and Summer. Then the main streets have larger townhomes as well as condos (both loft high-rise and the “stacked townhomes,” which are actually condos that typically offer upper and lower three-bedroom homes with garages). More recently, Logan Square has been the recipient of its share of brand new $2-million-plus high-end new construction townhomes, replete with two-car garages, elevators, and of course the 10-year tax abatement.

“Because of its lovely neighborhood feel, central location and walkability (97 WalkScore, 100 TransitScore, 93 BikeScore), and its limited size (and thus limited available housing stock), Logan Square is ever popular and is in high demand.” 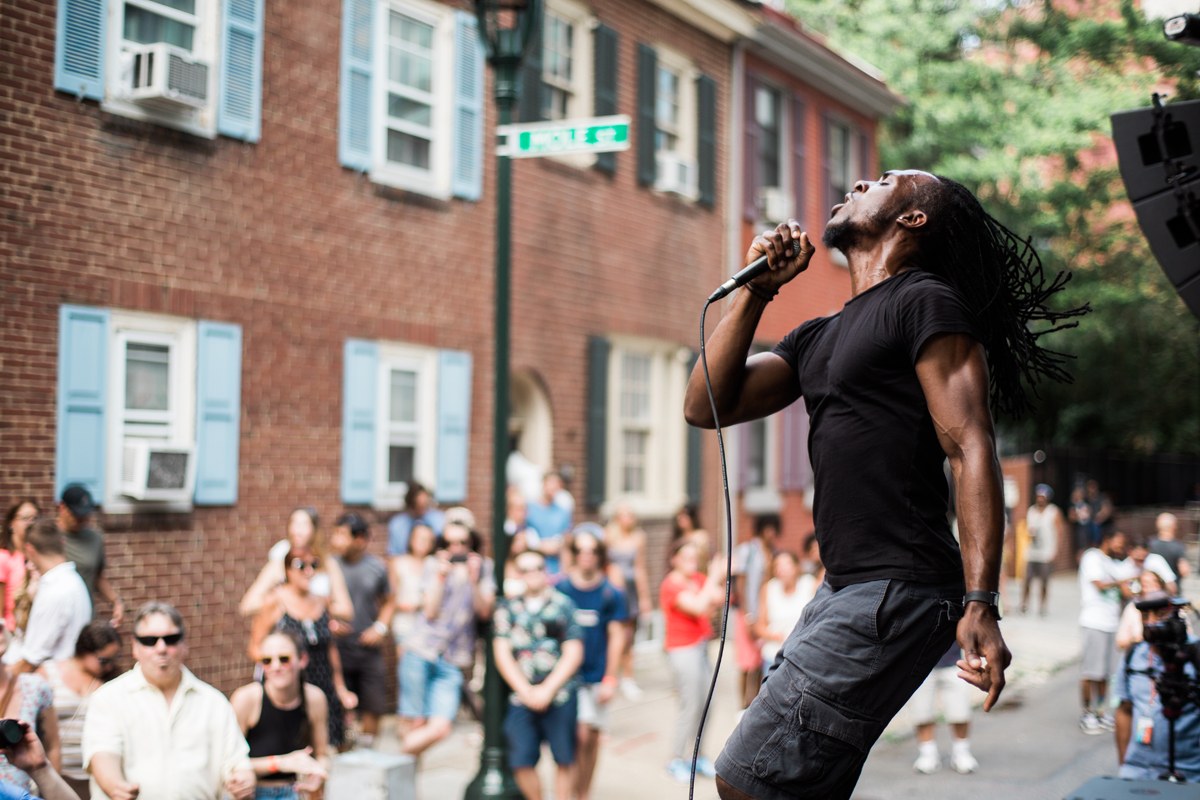 Down in Logan Square’s southeast corner lies the 100 block of North Mole Street. Located just one-and-a-half blocks from City Hall, it’s the closest residential block to the center of any major American city. For more than 35 years, its artistically inclined residents have thrown a block party on the summer solstice dubbed the “Molestice.” Two years ago, some marketing pros who live on the street amped up the music lineup and transformed the block party into a free all-day music festival where attendees can take their pick of foods from local food trucks and an ample supply of craft beer (both on a pay-as-you-go basis) while jamming to notable local and regional bands. The promoters ultimately hope to take the celebration to the other blocks of Mole Street, which appears intermittently from Moyamensing Avenue in South Philly all the way to Nicetown in North Philly. 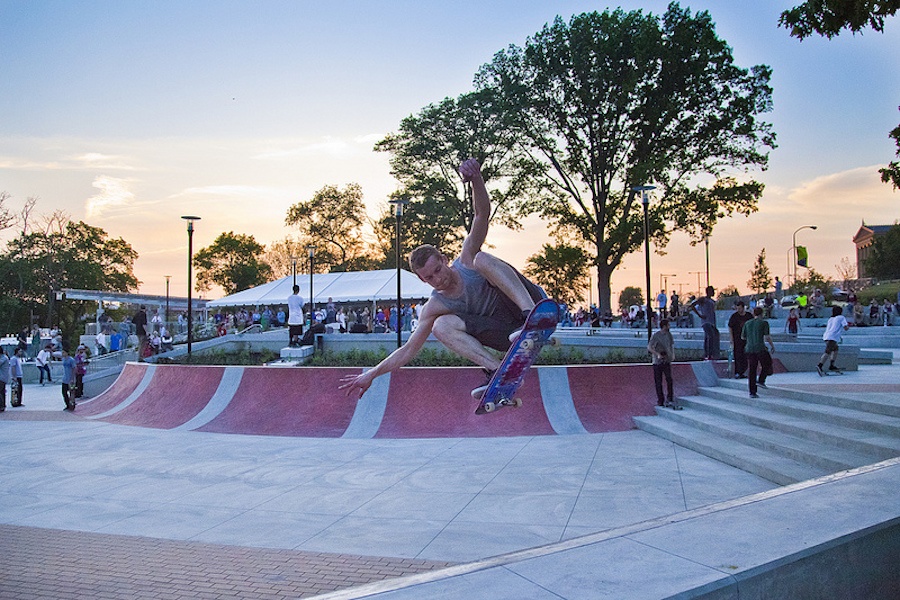 Logan Square has been a Mecca for skateboarders from around the country and the world ever since boarders discovered in the 1980s that the granite ledges of the old John F. Kennedy Plaza, later and better known as “LOVE Park,” made great launching points for their aerial acrobatics. Its international fame and a legion of non-skateboarding fans (legendary city planner Edmund Bacon among them) were not enough to keep the city from chasing them out in the early 2000s. LOVE Park has been completely rebuilt now, and while the Robert Indiana sculpture that gives the plaza its name is back, the skateboarders are not: the redesign gives them no place to get a toehold. But not to despair: they still display their prowess in Logan Square’s opposite corner at the Paine’s Park skatepark. Opened in 2013, it’s the first of several free public skateparks built and supported by the nonprofit Franklin’s Paine Skatepark Fund. 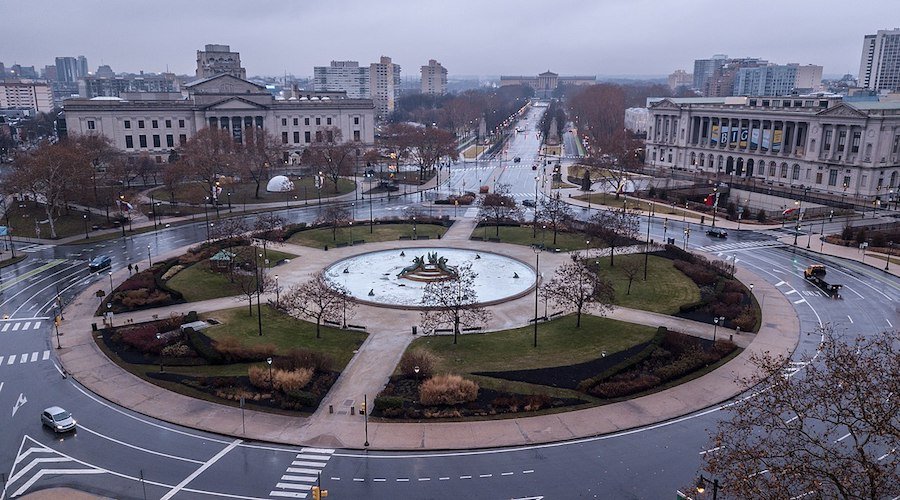 The neighborhood may be called Logan Square, but the square it takes its name from — William Penn’s northwest public square — has been better known as Logan Circle ever since the Benjamin Franklin Parkway was pushed through it in the years just after World War I. The monumental Swann Memorial Fountain in its center doubles as an unofficial wading pool for children from around the city on hot summer days. The square/circle is named for James Logan, a native of Ireland who served as Pennsylvania provincial councilor in 1703 and Philadelphia’s 14th mayor in 1722, among other offices he held. His other lasting legacy to this city is the Library Company of Philadelphia, the first lending library in America, which the self-confessed bibliophile helped establish.