On the Market: Adaptable Trinity in Northern Liberties

Just in case you needed a reminder of how flexible a trinity can be, here's an example in the form of an updated Northern Liberties trinity — or rather, its neighbor two doors down. 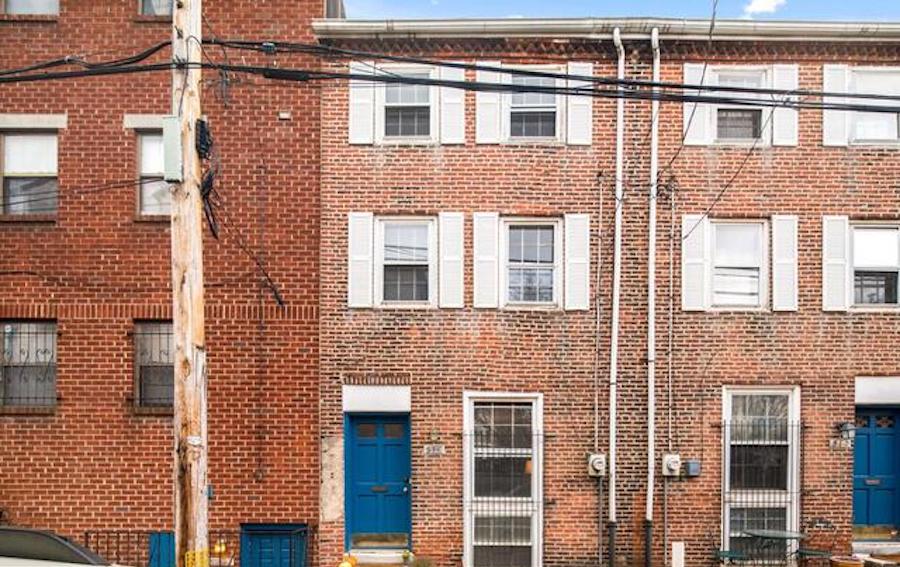 Was this trinity really built in 1960, as the public record states? We seriously doubt it, but the unusual extended window on the ground floor is not something usually found on older trinities. This one is the identical twin of the house for sale, located two doors to its west at 314 W. Wildey St., Philadelphia, Pa. 19123 | Bright MLS images via Compass

Trinities come in two basic versions: traditional and expanded. The traditional version may have its kitchen in the basement, or it may have one tacked onto the back of the house in an ell. The expanded versions have a two- or three-story addition in back that contains the kitchen and one or two extra rooms.

Usually, a traditional trinity contains two bedrooms and a bathroom. Ordinarily, the living room is on the first floor, the owner sleeps in the top-floor bedroom, and the bedroom on the second floor, where the bathroom usually resides, could serve as a bedroom, a den, a studio or a home office. Dining can be accommodated with a small table in the living room or one in the kitchen.

But these uses are not set in stone. With one exception — the room with the refrigerator and stove has to be the kitchen — any of the three rooms in a traditional trinity could serve any function: living quarters, working quarters, dining quarters, sleeping quarters. (Sure, you could put your bed on the first floor if you wanted to. Your guests, however, would be startled to find it there.)

This Northern Liberties updated trinity house for sale shows how flexible the trinity can be. Or rather, its identical neighbor two doors east does, for the photos you see here were taken in that house. 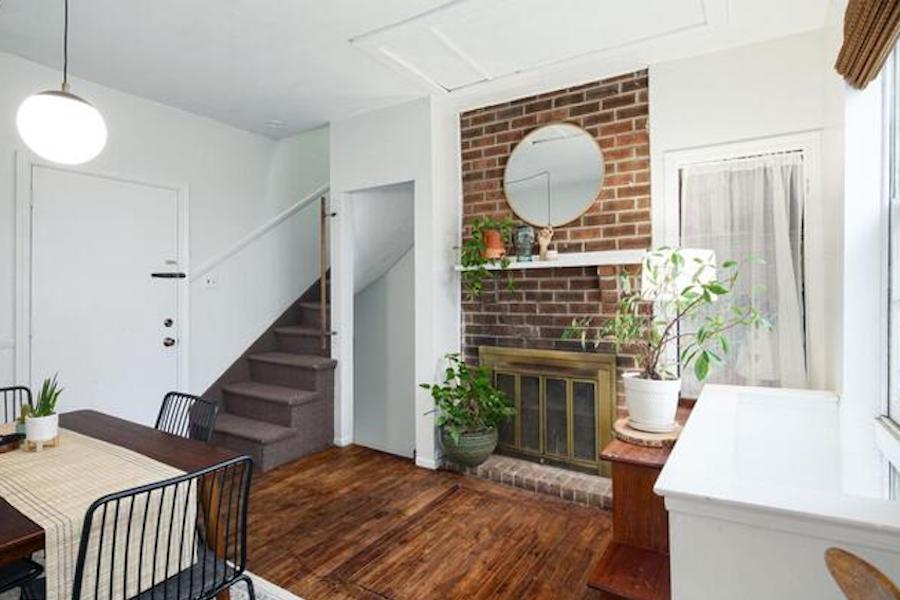 Its owner turned the main floor into a dining room, thus making it possible to hold bigger sit-down dinners than one can usually host in a trinity. This room has one of the house’s two fireplaces, this one working. 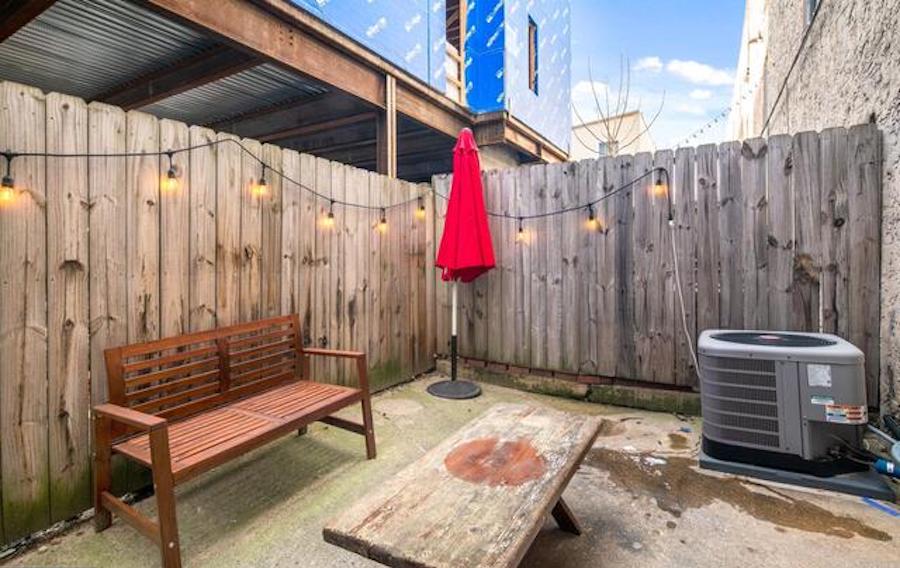 A patio in back of this space allows for outdoor relaxation and even bigger dinners in good weather. 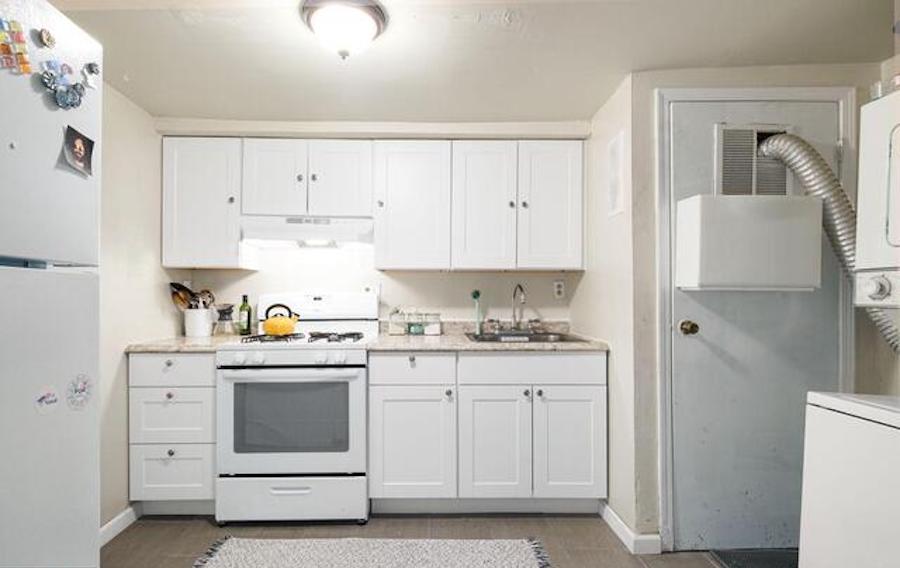 Putting the main floor to use as a dining room makes sense because the kitchen is in this house’s basement. You might be able to put a small kitchen table down here if you would like a more convenient and intimate place to dine. A stacked washer and dryer also occupy this floor. 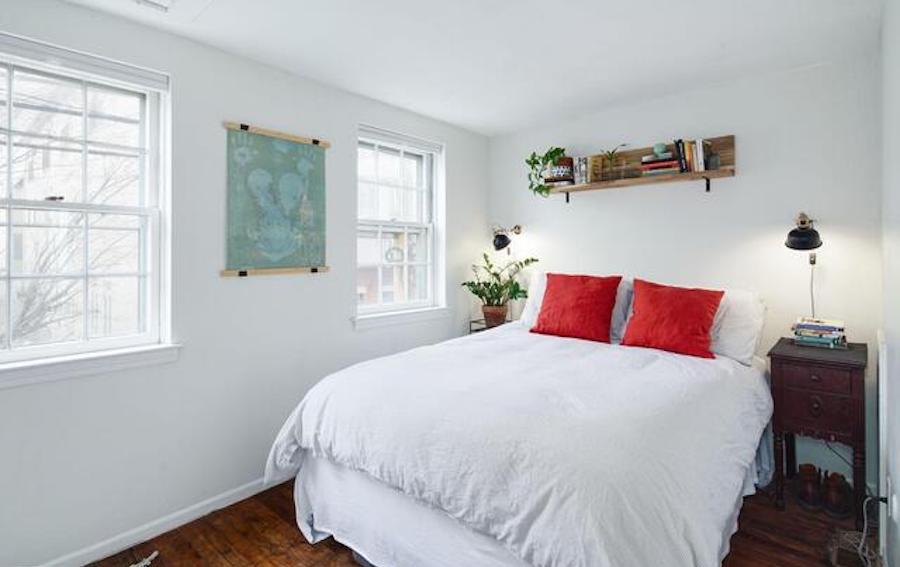 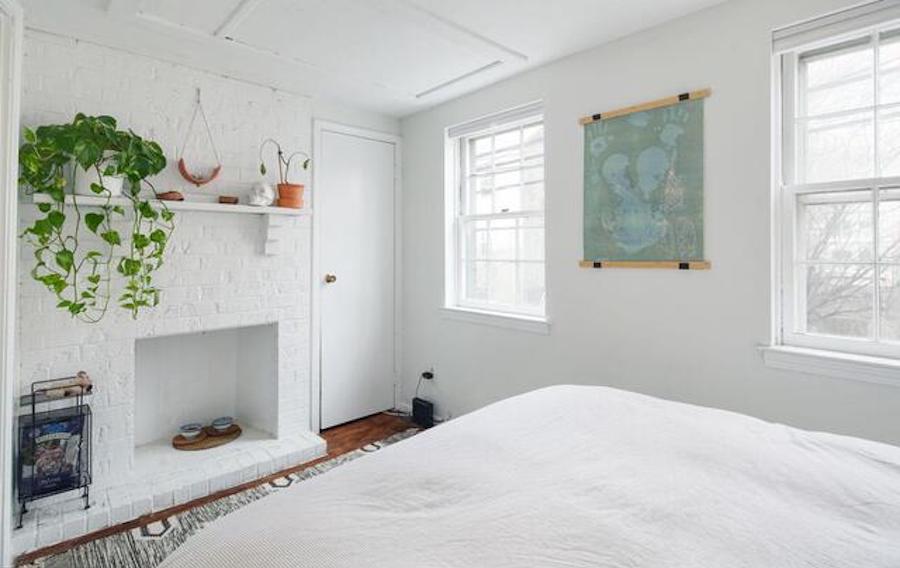 The smaller second-floor bedroom, which contains the other fireplace, is used for sleeping here. 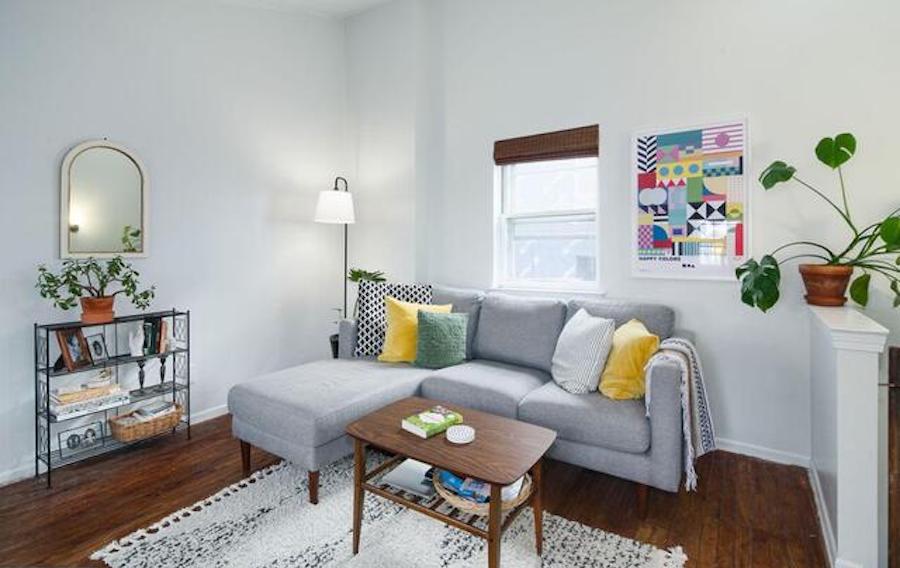 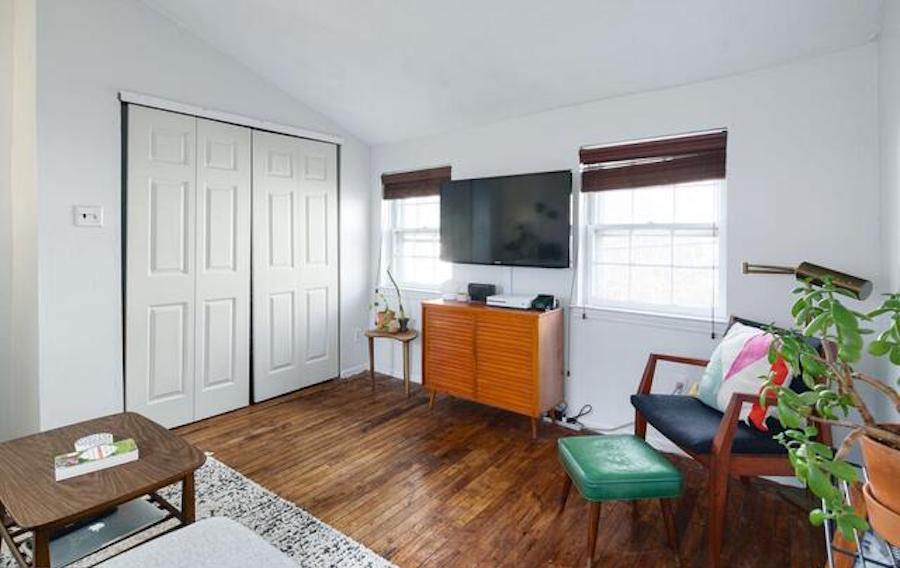 But chances are the owner keeps their clothes in the larger top-floor bedroom closet. Otherwise, the room at the top here functions as a living room. And it’s big enough that, if you did use it as a bedroom, there’s room for a seating area. 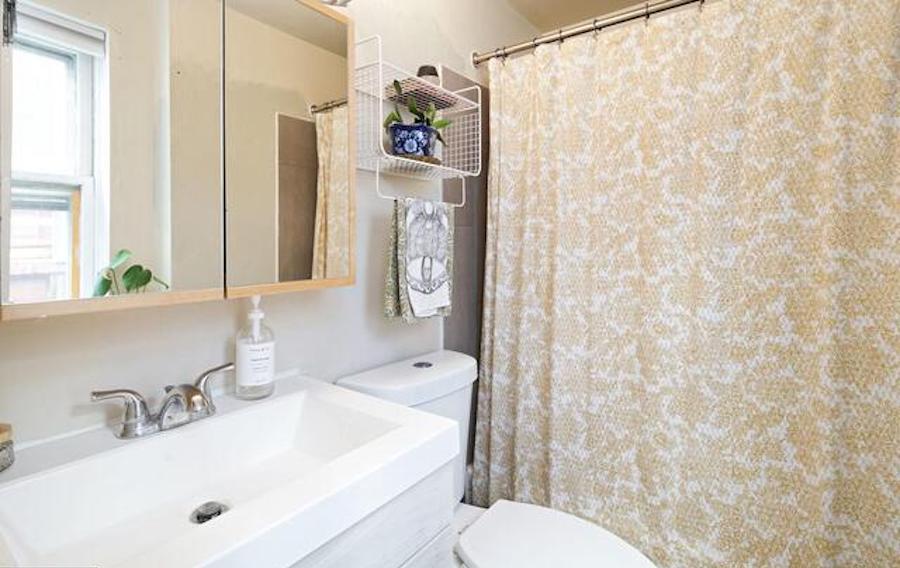 Depending on what you needed your house to do, there are a few other ways to configure this Northern Liberties updated trinity house for sale. But no matter how you configure it, you will enjoy both the back patio and a convenient location close to Liberty Lands Park, N. 3rd and Standard Tap, among other local attractions.

If you’re looking for an affordable first home that can accommodate just about anything you might want from it, and one that’s in one of the city’s most popular neighborhoods to boot, this place fills the bill.

OTHER STUFF: This house’s sale price has been reduced by $10,000 twice,with the most recent reduction on March 14th.