When COVID quashed much of what they loved about city living, Christianne and Orhan Sevinc decided it was time for a larger house that could accommodate a new arrival. 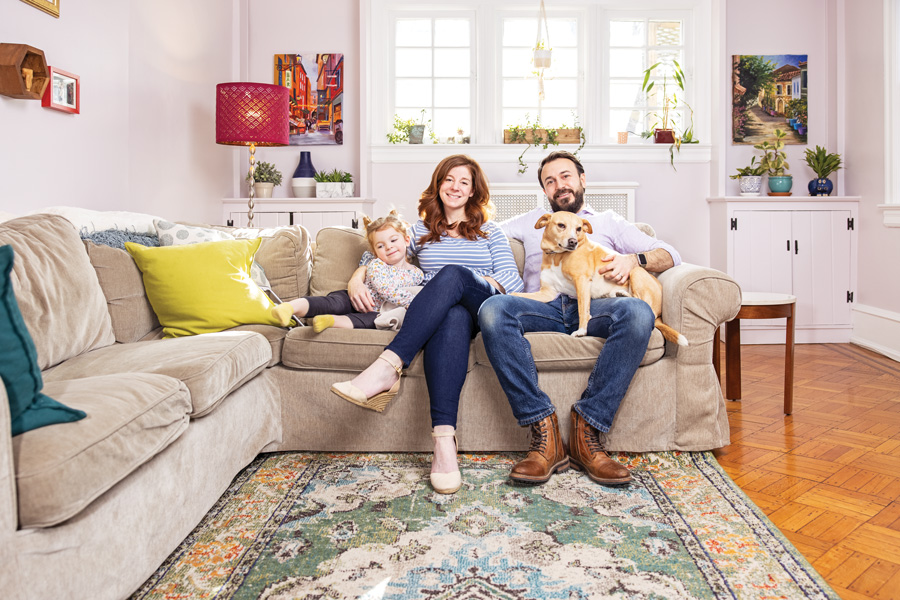 Their last house was dark, so when the Sevincs moved to the suburbs they worked to replace their fake plants with the real thing. Photograph by Colin Lenton

Christianne and Orhan Sevinc dreaded giving up their city lifestyle, but when COVID sidelined all the things they loved about it, they decided they needed a place in the ’burbs with enough room to handle a new arrival.

Where they came from: A 1,480-square-foot rowhouse in Pennsport

How they got there: The Sevincs loved their easy commutes — his to Comcast, hers to University City — and they also loved going out to socialize and dine on the weekends, when they would hire a babysitter for their three-year-old daughter. They knew they’d have to deal with the school question sooner or later, but “in March, after COVID hit, we were stuck at home,” Orhan says.

COVID took away most of what Orhan and Christianne enjoyed about living in the city while leaving all the challenges in place. And they wondered whether life would be the same after the pandemic passed. On top of that, the couple learned that a second child would be joining the family soon.

All those developments led them to seek shelter in a bigger house. Yet they still wanted the walkability of their city neighborhood.

Why they chose to live where they live: In addition to walkability, the Sevincs wanted an older house in a community that had character, rather than the “cookie-cutter” houses they found in some of the suburbs they considered. Working with Kate Kyle of Philly Home Girls, they narrowed their search to three communities along the same Regional Rail line: Swarthmore, Wallingford and Media.

They found the home they wanted in Swarthmore, just south of the town center. Relative to the 200-year-old rowhouse they lived in on Federal Street in Pennsport, this one’s a spring chicken: Their Dutch colonial is more than 100 years old, but it got a total makeover recently that brought it into the here and now.

Biggest surprise: While the couple anticipates returning to their favorite Center City haunts once the pandemic passes for good, they’ve found they can scratch their itch to socialize and hang out closer to home. Between the four-year-old Inn at Swarthmore and a new wine bar that opened in the town’s business district, Christianne and Orhan can now walk to convivial spots. And if they want more variety, Media’s State Street — with its performing-arts center and more than 60 restaurants — is a short train ride or drive away.

Published as “From City Living to Suburban Bliss” in the “On the Move” feature in the March 2021 issue of Philadelphia magazine.