This big little house combines traditional style with contemporary touches. And you will have no problem getting your furniture up to its bedrooms. 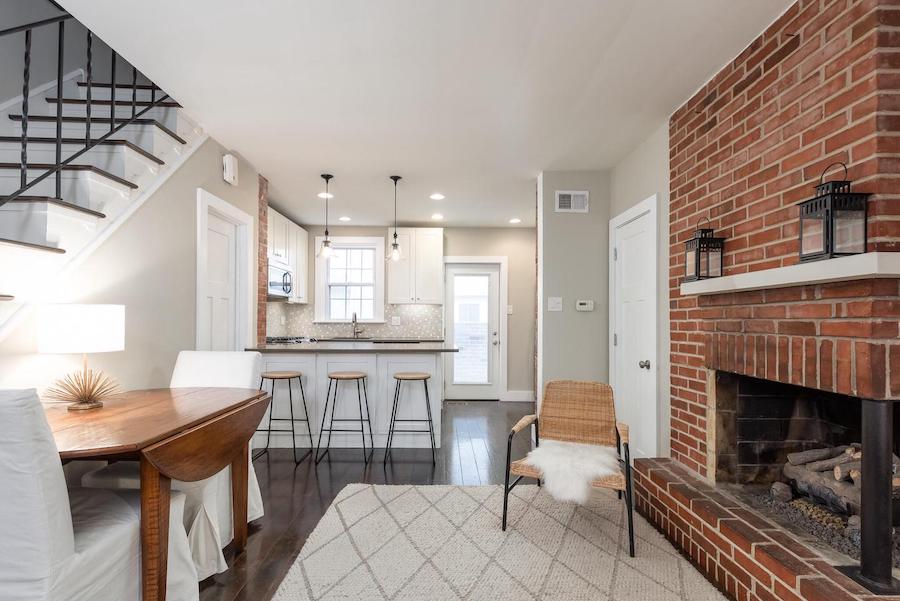 This untraditional trinity between the Avenue of the Arts and Rittenhouse Square has a number of distinctively modern design elements. It also has a new kitchen and a staircase that lets you move your furniture up it in one piece. You’ll find this at 1633 Addison St., Philadelphia, Pa. 19103 | Bright MLS images via BHHS Fox & Roach Realtors

I’m about to show you something rarely seen in a classic Philadelphia trinity.

Are you ready? Are you sitting down? Here it is: 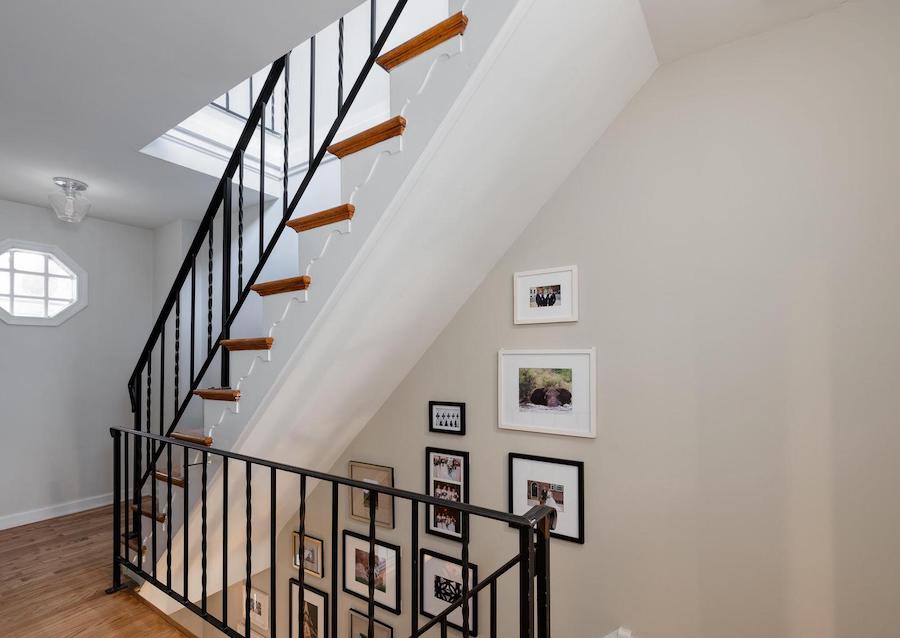 This is the second-floor stair hall — yes, stair hall — in this Rittenhouse Square updated trinity house for sale.

I don’t know whether this unique feature is a product of the renovation that made this house very attractive and unusually spacious-feeling for a trinity or whether it was here in the beginning. It really doesn’t matter now anyway. What matters is that in this house, you will have no trouble at all getting your mattress, furniture and even box spring up to the upper-floor bedrooms.

I am, however, guessing that the makeover this house got was a total one, and that it got it in the 1950s. There are two other reasons I believe this. One is found in its living room. 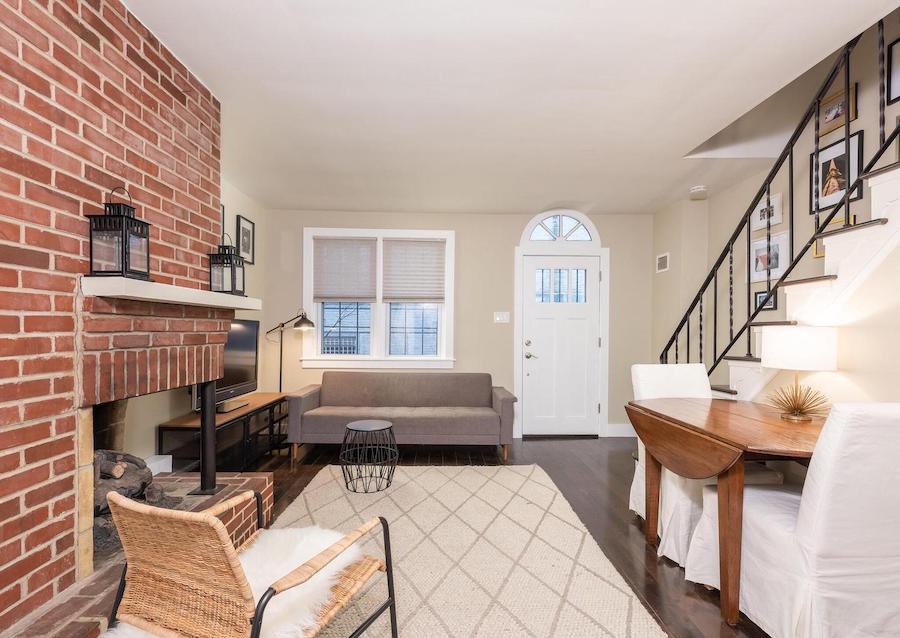 A trinity built around the time this one was — the listing has the placeholder date of 1920 in it, but I suspect it was earlier than that — would not have had a fireplace with an open corner hearth like the one in the living room of this one. Such fireplaces, which are a staple in the Levittowns, are a midcentury modern innovation. 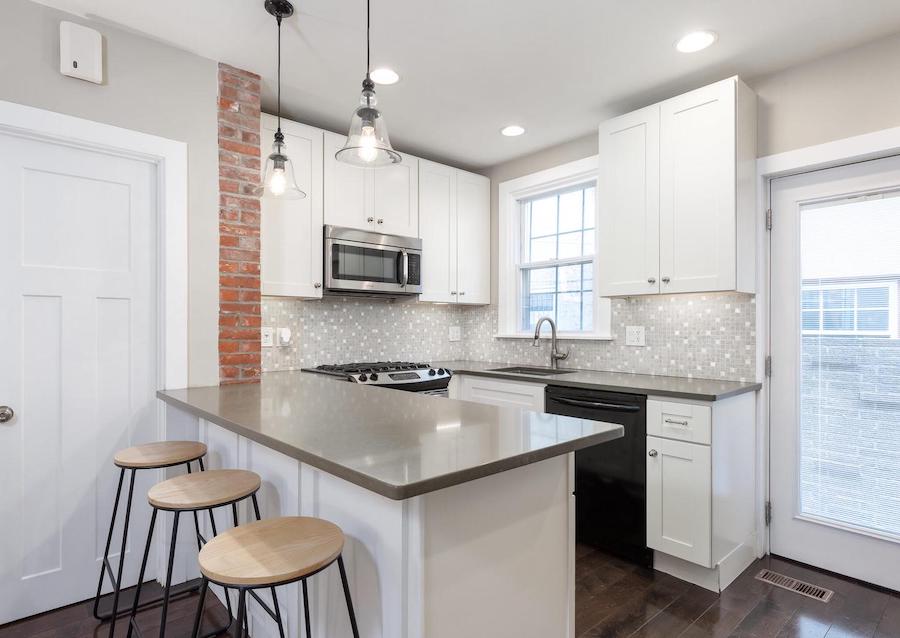 The open kitchen on the main floor also blends past and present together with its tulip pendant lights, Shaker cabinetry, modern appliances and peninsula breakfast bar. 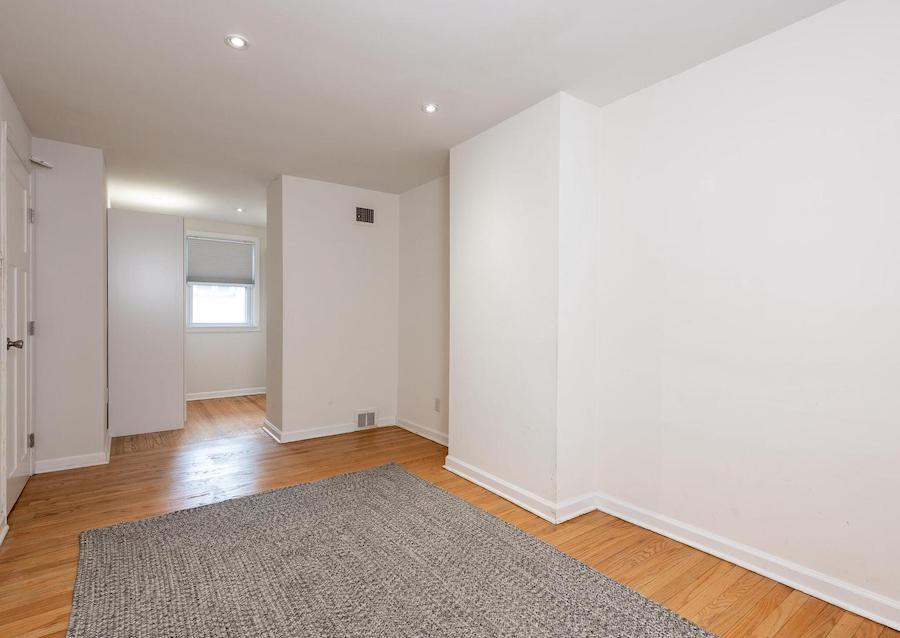 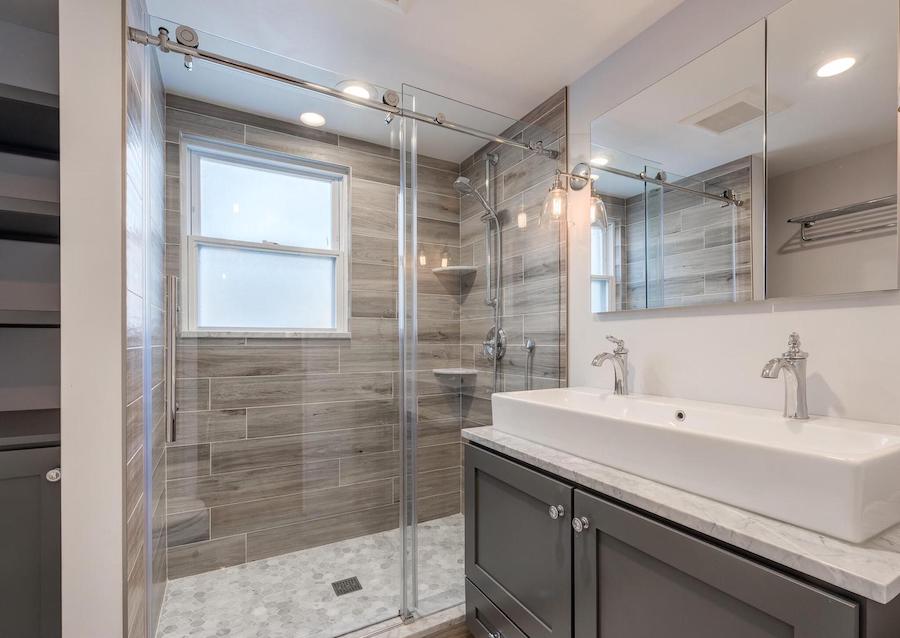 Each of the two bedrooms has its own bathroom. The full one is adjacent to the second-floor primary bedroom, while the top floor has an en-suite half bath. 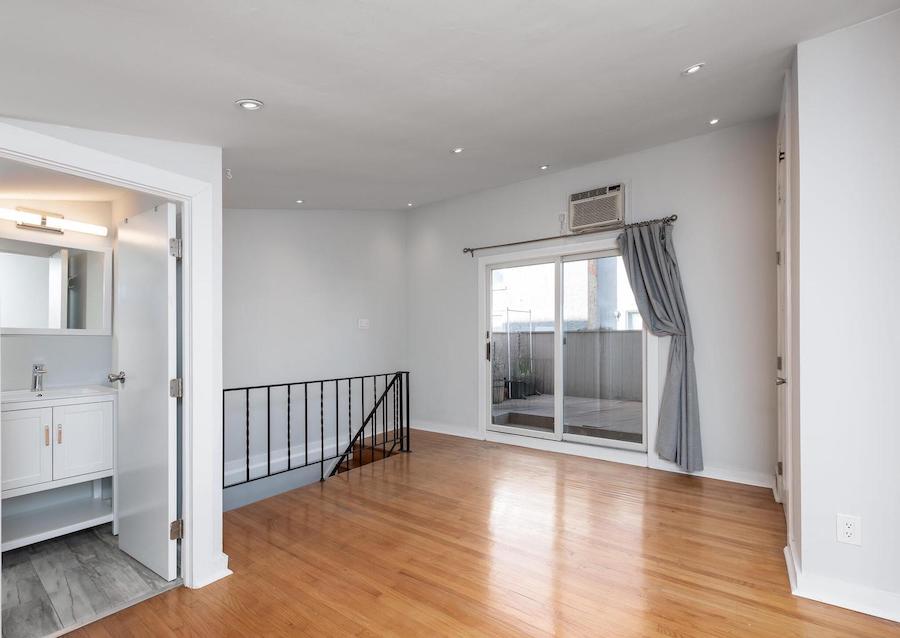 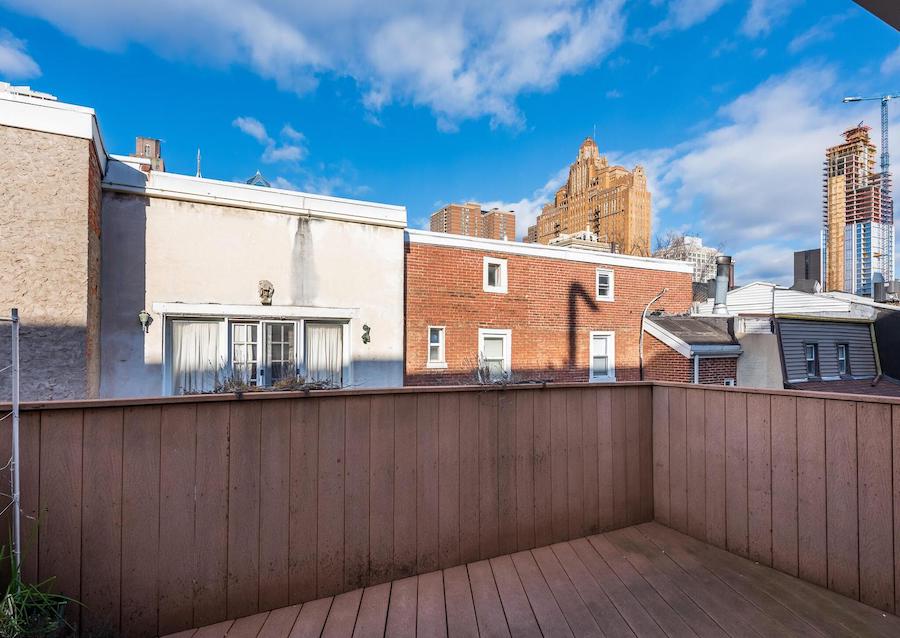 Both bedrooms also have ample closet space, and the one on the top floor has its own rear deck. 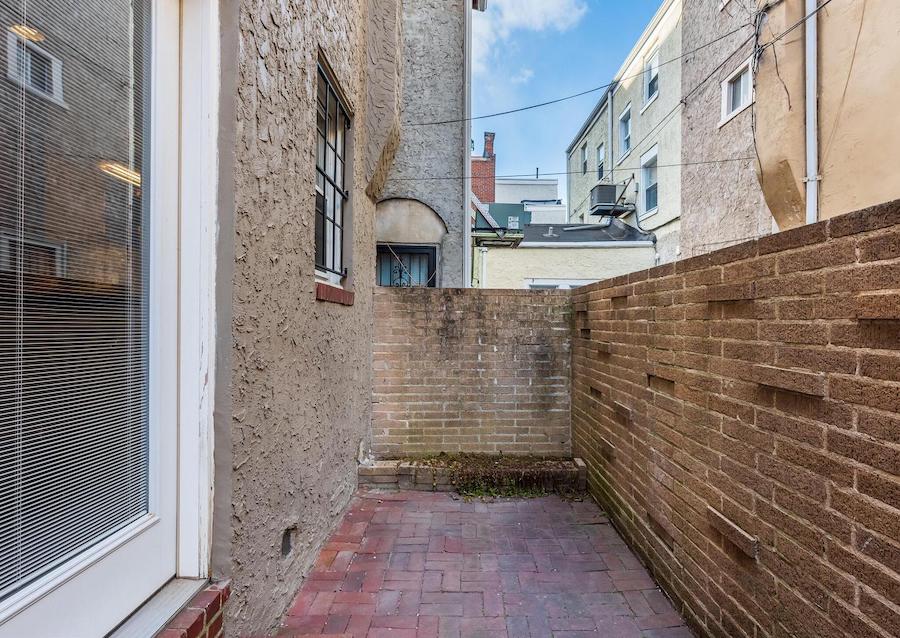 There’s also a rear patio behind the kitchen where you can set up a grill. Laundry facilities are in the basement. 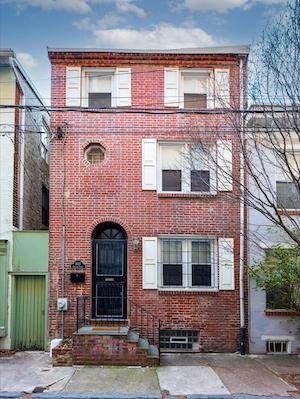 Finally, for the third reason I believe this house got a total makeover at midcentury, take a good look at the site of the octagonal window in the exterior photo at left.

This modern-yet-traditional charmer also sits on a strategically advantageous block. It’s a block and a half from the 1600 block of South Street, where most of South Street West’s best restaurants are located. It’s a little more than two blocks from the Avenue of the Arts. And it’s not quite three blocks from Rittenhouse Square itself. This means that just about everything people like about Center City living lies within walking distance of this house.

Its last nice feature is its sale price, which is quite reasonable by Rittenhouse Square standards. It’s a little above starter-house territory, but it’s perfectly priced for anyone looking to kick their living quarters up a notch. And this Rittenhouse Square renovated trinity house for sale is equipped to let you do just that. Even though it’s a trinity.