Center City's outdoor living room, some of the city's swankiest mansions and outstanding dining and shopping are just some of the things that draw people to this neighborhood. 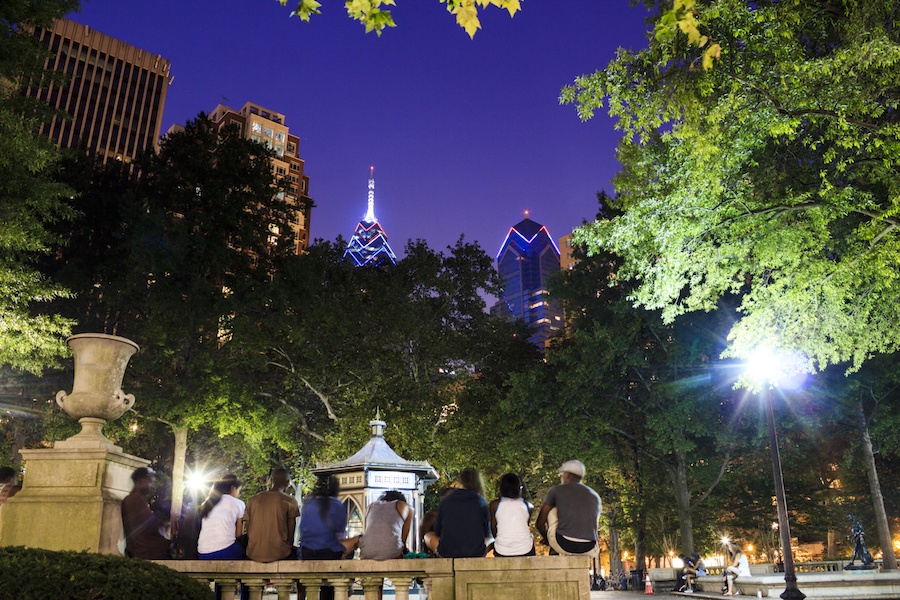 You can find people enjoying Rittenhouse Square at just about all hours of the day. It’s a gathering place that may define a neighborhood but belongs to the whole city. | iStock photo by mak_photo

New York has the Upper East Side. Chicago has its Gold Coast. Boston has its lower-rise Back Bay.

And in Philadelphia, we have Rittenhouse Square.

William Penn’s southwest public square has been shorthand for the pinnacle of class and elegance since the mid-19th century, when the city’s elite began building grand houses on the streets west of Broad. They were joined in the 20th century by a newer breed of elite — the urban cliff dwellers who filled the high-rise apartment houses that ring the square itself.

Developers remain eager to provide more cliffs for this crowd to dwell in, and who can blame them? When the city’s liveliest public square, its toniest shopping street, and a slew of restaurants ranging from simple to over the top ($100 cheesesteak, anyone?) lie right outside one’s door, there will be no end of people who want that outside their doors too. As a result, house values and rents in Rittenhouse are among the highest in the city.

Rittenhouse residents enjoy some of the shortest and healthiest commutes to work in the city, as both the Market Street West office district and University City are within walking distance. They also have access to a wealth of arts, culture and intellectual stimulation, wedged as they are between the Avenue of the Arts and the universities across the Schuylkill. Not much further away lie the museums that line the Ben Franklin Parkway. And when they feel the need to escape the city, some of the main means of escape are just outside it: 30th Street Station and the Schuylkill Expressway.

What You Can Buy in Rittenhouse Square 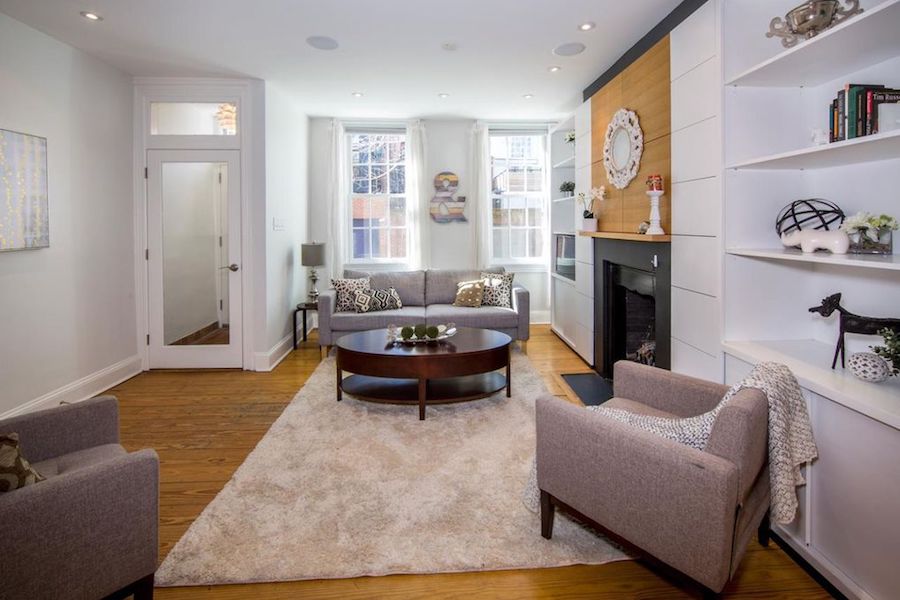 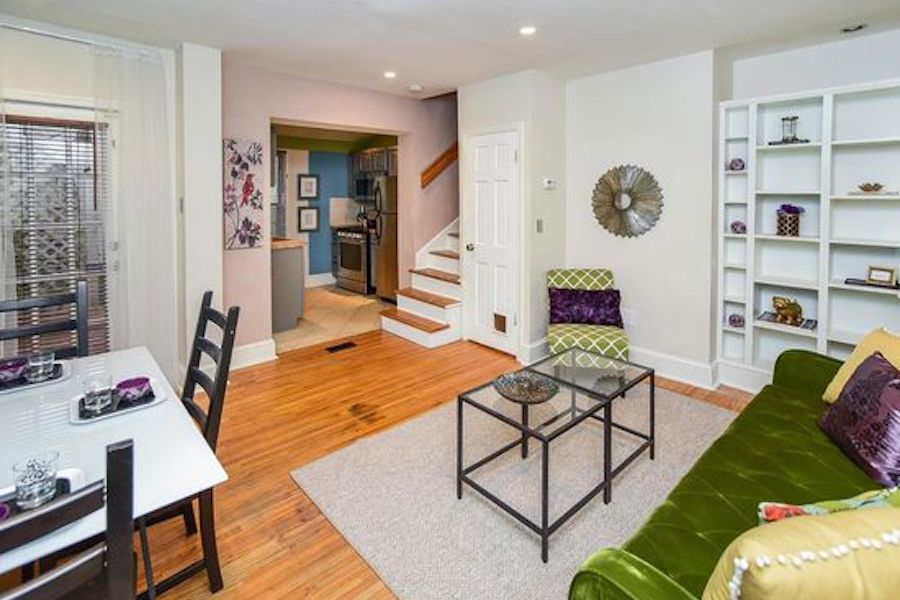 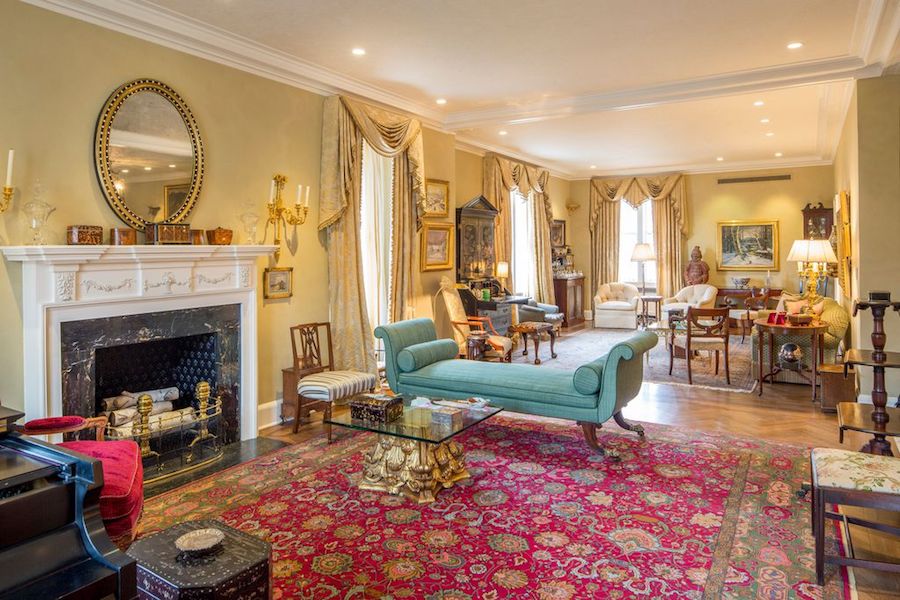 Given its location, public transportation in Rittenhouse Square may be of little use to its residents most of the time. But sometimes they need to get out of the neighborhood. These routes help them facilitate that getaway:

What A Real Estate Agent Says About Rittenhouse Square

“Rittenhouse Square is one of the top two most desirable areas in the city, and the most expensive. People enjoy living there because of the high energy and convenience to the business district, Walnut Street shopping, five-star restaurants and Rittenhouse Square park. There is a variety of inventory, from one-bedroom condos to grand 6,000-square-foot homes. The biggest issues for buyers are being able to afford the type of home they want, and parking.” 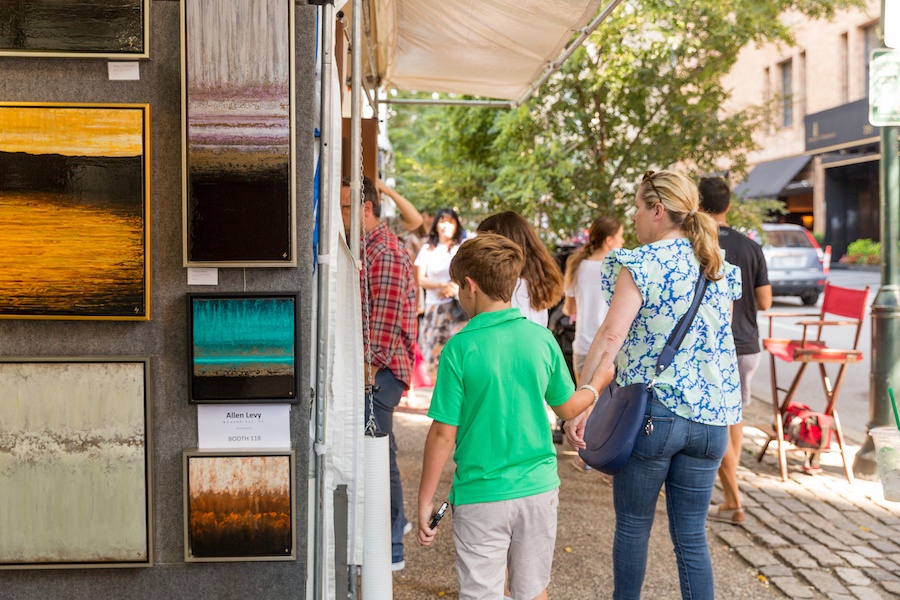 Several times throughout the year, Rittenhouse Square becomes an open-air bazaar where artists, craftspeople, and other creative types offer their creations for sale to aficionados who come from far and wide. The biggest and best-known of these periodic outdoor markets is the Rittenhouse Square Fine Art Show, held in the late spring and early fall of each year. Run by artists since 1928, it’s the oldest outdoor art show in the country. 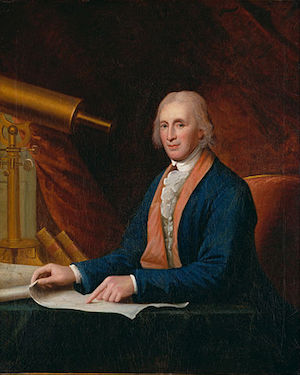 Rittenhouse Square is named for one of the most brilliant American scientists of the 18th century, David Rittenhouse. The son of a German immigrant, Rittenhouse’s contributions to early America’s store of knowledge include his surveying of several state boundaries, including finishing the Mason-Dixon Line; his observation of the transit of Venus across the Sun in 1769, and his construction of two orreries — working mechanical models of the solar system. His second, more advanced orrery is located in the University of Pennsylvania Library.