Built for the Carner family, this Frank Weise original has had only two owners since it was finished in 1951. The second one has maintained it very well. 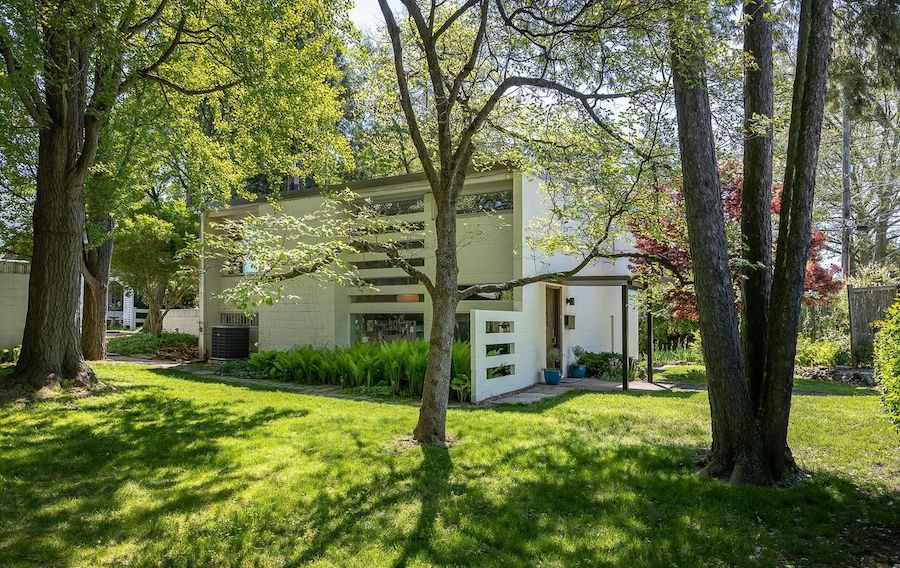 Amidst all the standout midcentury modern houses one finds scattered around the Wissahickon valley, this one stands out even more. You’ll find this Frank Weise original at 5501 Haughton St., Philadelphia, Pa. 19128 | Bright MLS images by Jack Zigon Photography via BHHS Fox & Roach Realtors

Save for Frank Lloyd Wright’s Usonian houses, the lions of midcentury modern architecture did little in the way of experimenting with houses for the masses. The other exception to this rule, Le Corbusier, had his ideas mangled on the voyage across the Atlantic from France to the United States. Or maybe he didn’t, and his towers-in-the-park “machines for living” were not that good an approach to housing for the many to begin with. (They seem to work okay for the affluent.)

The rest of the midcentury-modern opus consists of one-of-a-kind houses designed for discriminating owners. Like this midcentury modern Roxborough house for sale.

This house is known as the “Carner House,” after the family noted Philadelphia architect Frank Weise designed it for in 1951. Today, 69 years and one other owner later, it still looks as fresh and original as it did when the Carners moved into it.

Weise studied under both Walter Gropius, the German founder of the Bauhaus, and Philadelphia modernist icon Louis Kahn, and you can see the influences of both in this house. 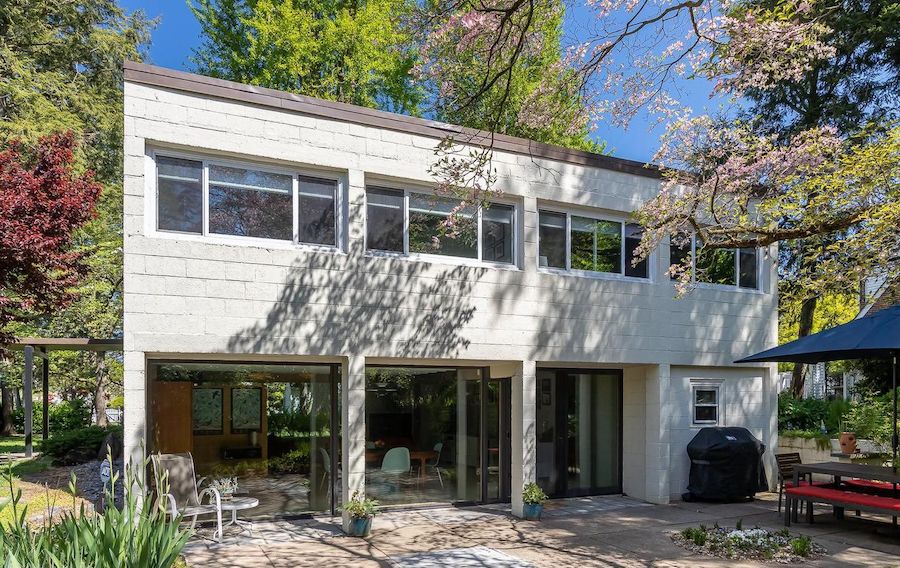 On the outside, Gropius’ Bauhaus influence dominates: the house is a simple and simply fenestrated box whose rear elevation could easily be confused for that of a grade school of the same era. 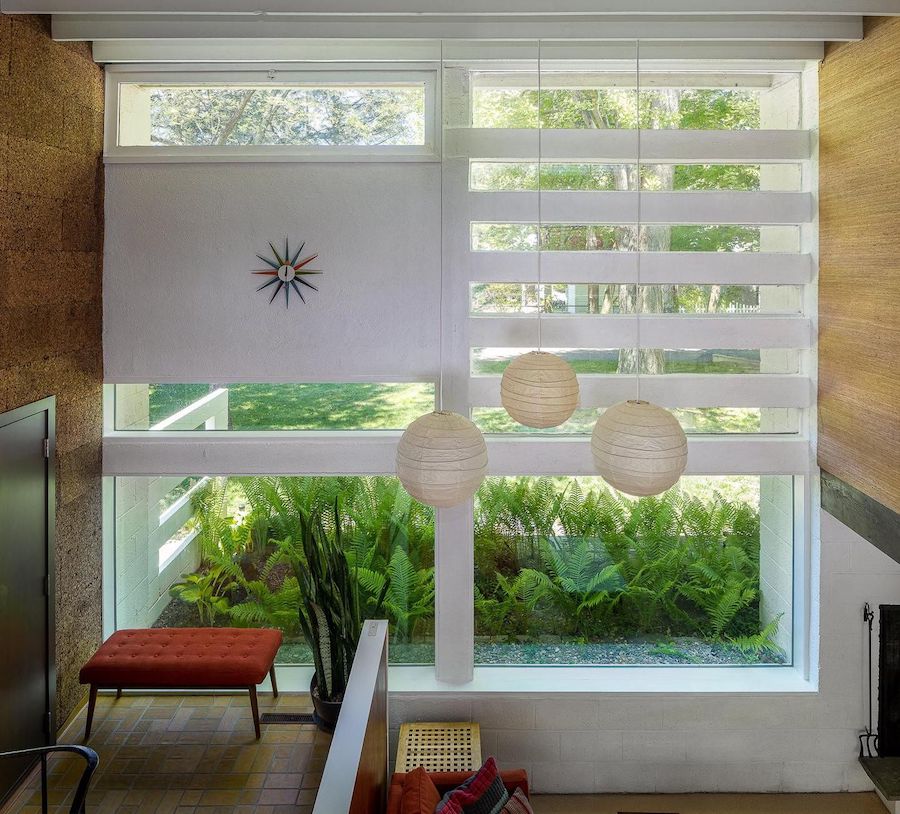 No such confusion exists with the front elevation, where one finds a signature Weise element: the bands of windows on the upper level of the two-story-high foyer and living room. The narrowish bands of windows combine with the overhang to eliminate the need for window coverings and at the same time add an element of drama to the living room. 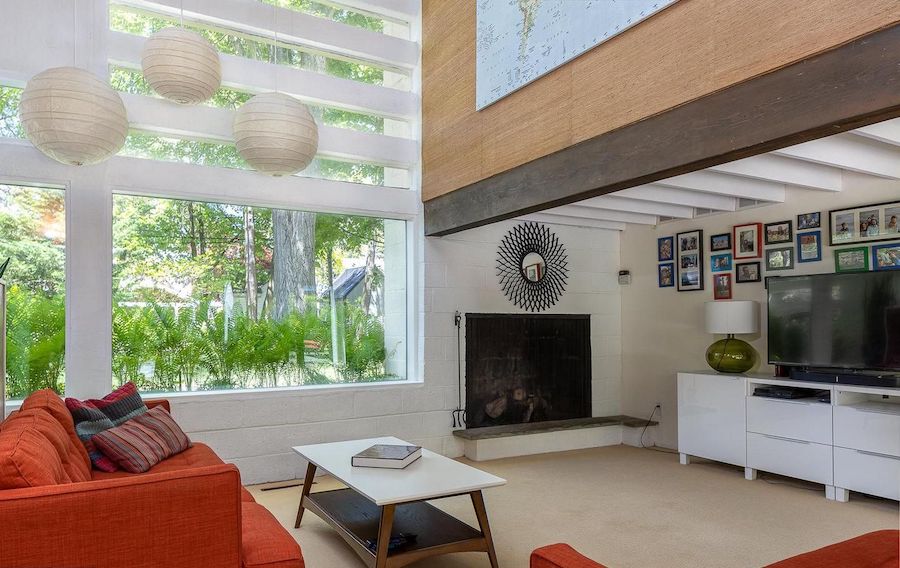 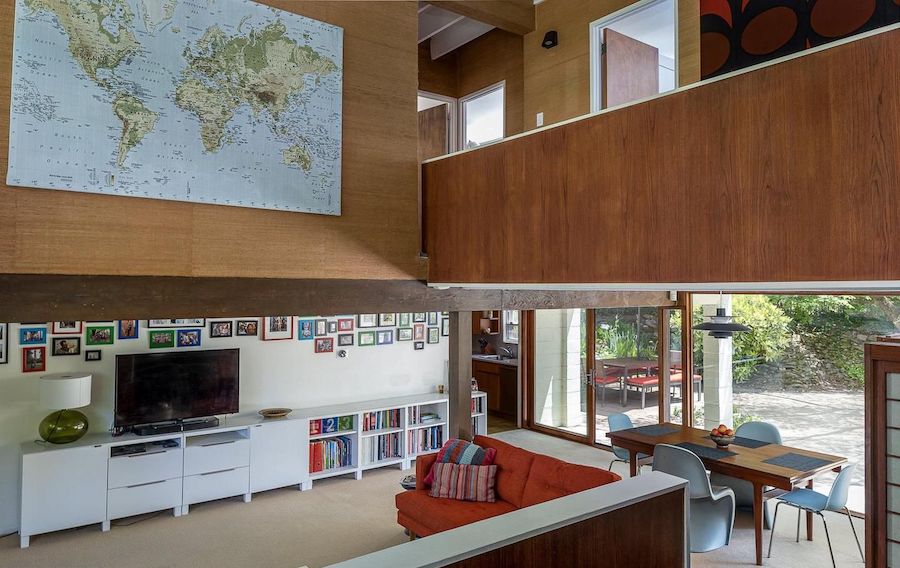 Which, with 20-foot-high ceilings and a roof with narrow slat beams, is dramatic enough as it is. Here on the inside we find some of Kahn stepping to the fore with the use of natural materials, such as wood and burlap, to add warmth to the cold concrete and cinderblock. 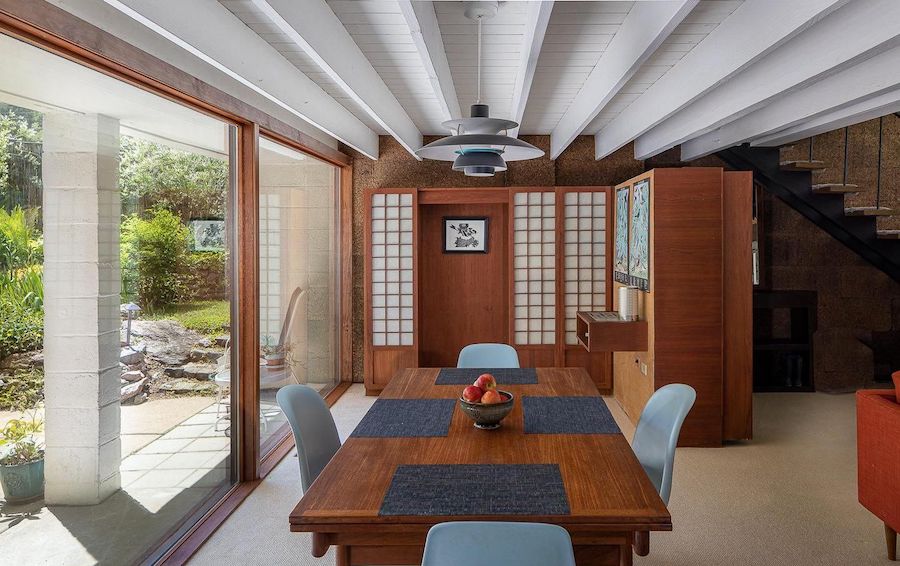 Underneath the balcony and one of the bedrooms, the dining room displays a Japanese touch in its accent dividers. 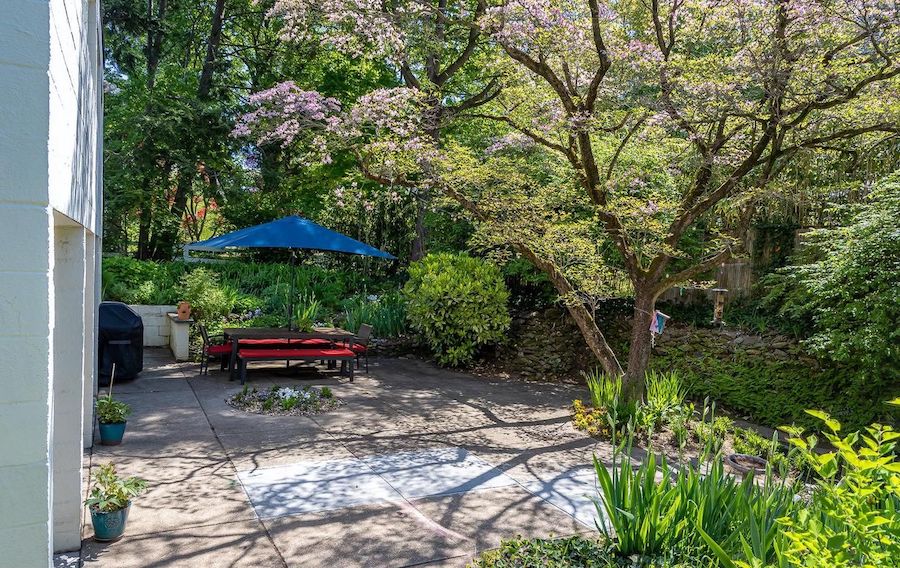 Full-height windows and sliding doors open onto a beautifully landscaped patio and backyard that contains multiple mini-environments in it. 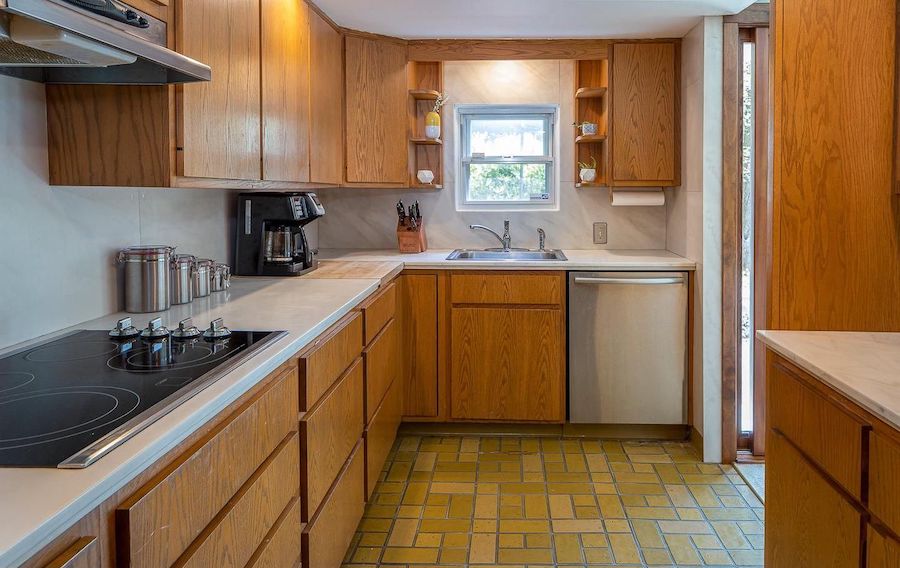 The house’s current owners have put more money and energy into maintaining its original appearance than in upgrading it, but they did update the appliances in its handsome galley kitchen. 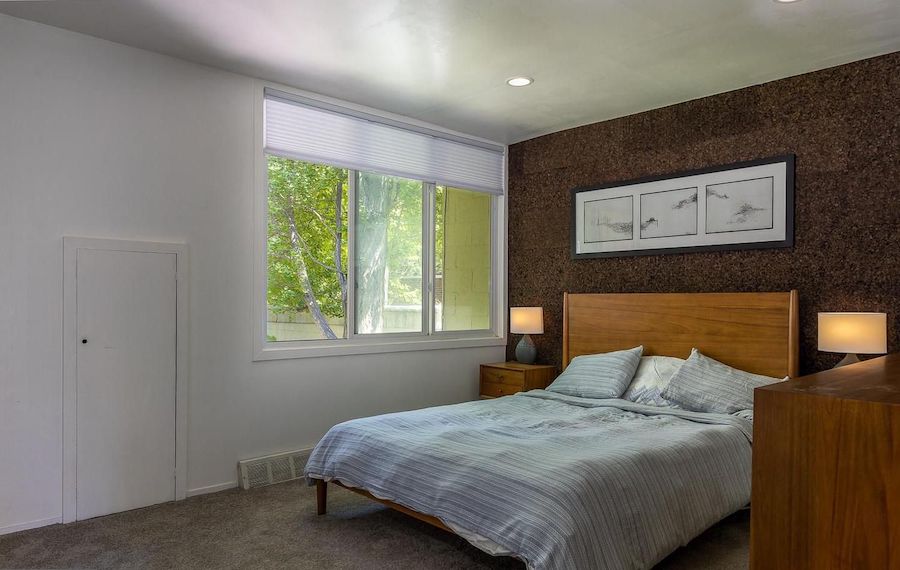 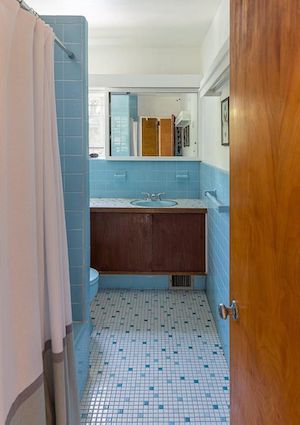 They also installed recessed lighting in all the bedrooms. And they added another natural material in all the rooms save the kitchen that makes redecorating them easier: cork accent walls.

The bathrooms, on the other hand, remain in their pristine original condition.

Like most of the midcentury architects who built houses here, Weise sought to situate this house amidst greenery and woodlands. Unlike them, however, he chose a structure and exterior materials that contrast with rather than complement their forested surroundings. 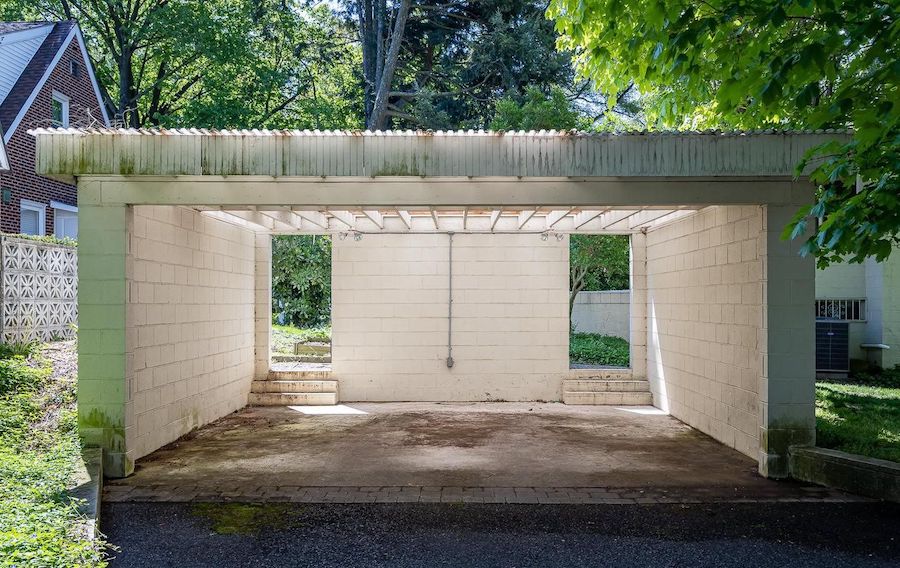 And speaking of forested surroundings: This house sits just one block from Wissahickon Park. Though the part closest to it contains most of the park’s golf course, many of its hiking trails are still close at hand, as is the handsome Wissahickon Memorial Bridge (Henry Avenue Bridge), designed by another noted Philadelphia architect, Paul Philippe Cret, and built between 1927 and 1932.

If you’re looking for a standout residence, few stand out more than this unique midcentury modern Roxborough house for sale.