Real Home Makeovers: How This South Jersey Family Transformed Their Basement Into a Hip Man Cave

A pro basketball player gets the basement entertaining space of his dreams. 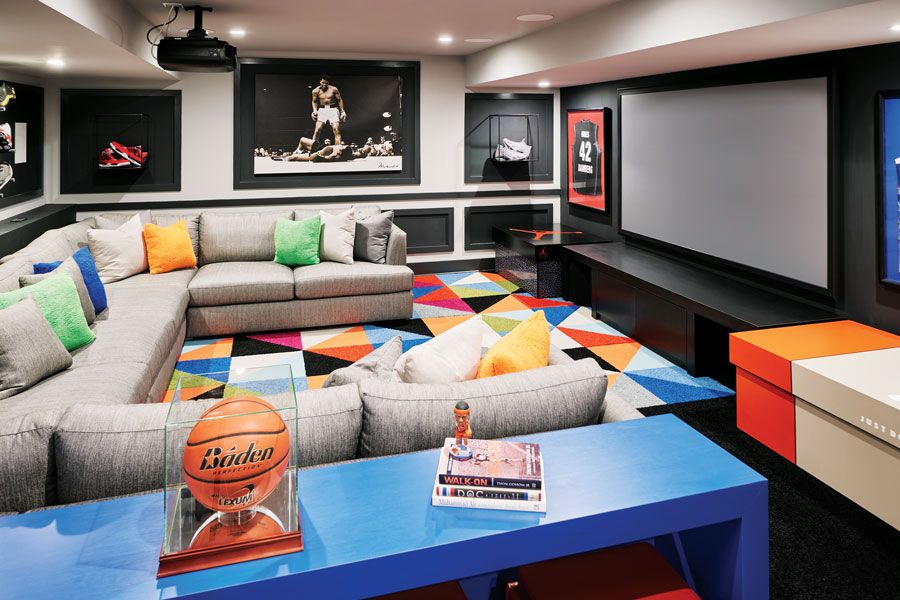 Kyle and Gianna Hines spend nine months of the year in Russia and three in Sicklerville. (Kyle plays for CSKA Moscow, and Gianna is a good enough sport to go along with him.) When they’re home, time with friends and family is a top priority — and the basement is where they entertain.

Gianna had her way upstairs, so Kyle got to influence the downstairs. “I wanted it to have my details and personality,” he says. Designer Bridget McMullin didn’t have to search hard for a kickoff point. “Kyle already had a great collection of memorabilia, but the best part was his shoes,” she says. Kyle’s extensive size 16 sneaker collection inspired the poppy color palette and was ultimately used as wall art with the help of an ingenious pegboard display. 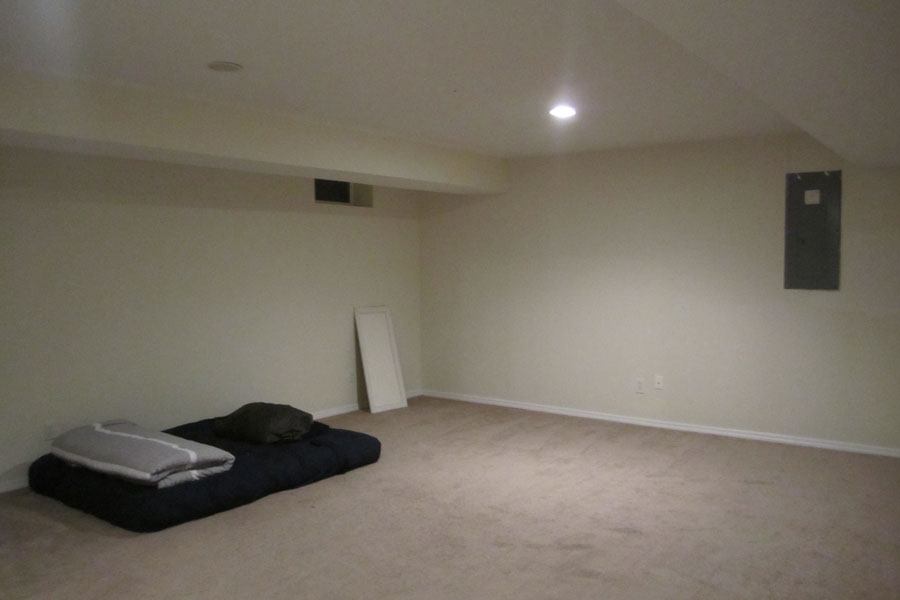 The Hines’s basement, before the transformation. Photograph courtesy Bridget McMullin

Also on the must-have list: ­different — but interconnected — zones for media and games, plenty of storage, and furniture designed with comfort in mind. McMullin removed a set of French doors so the main media room would flow into the snack station; added IKEA cabinets all over to hide the two kids’ toys and Gianna’s events-business essentials; and selected an extra-large, extra-deep Bernhardt sofa to accommodate multiple guests — and Kyle’s six-foot-six frame.

“Even if we have 25 people down there, it doesn’t feel crowded,” says Gianna. That, Kyle adds, comes in handy when there’s a big game to watch. 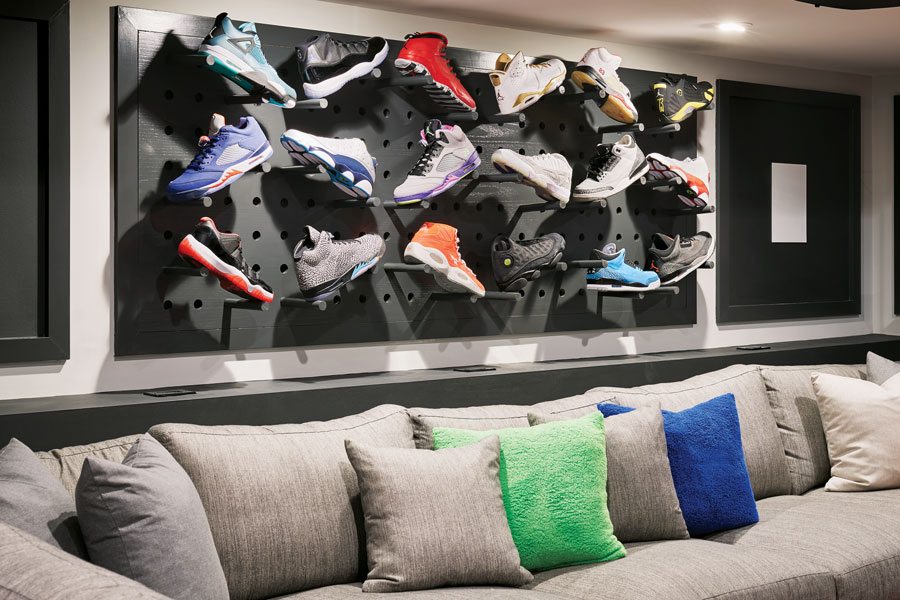 Custom cabinetry to showcase Kyle’s shoe collection would have eaten up a ton of budget. The solution? A pegboard installation. Photograph by Rich McMullin

1. Budget big.
“People don’t realize how expensive basements are to finish,” says Bridget McMullin. “It’s 3,000 square feet, and you need everything. That’s the size of a normal house.”

2. Plan for the future.
“What you need now isn’t what you’re going to need in six years, when the kids’ toys go away,” says McMullin. Which is why she made sure the corkboard/chalkboard/whiteboard wall added to the kids’ playroom would also work in the future, when Kyle transitions the space to an office.

3. Don’t forget about lighting.
Recessed light fixtures filled with LEDs give a nice clear light — necessary, McMullin says, to keep a basement from feeling like … a basement.

Published as “Making the Basement Into a Hip Man Cave” in the “Home Makeovers: Philly Edition” article in the March 2020 issue of Philadelphia magazine.