Real Home Makeovers: How This Main Line Couple Turned a Pair of Spare Bedrooms Into a Chic Home Office

Interior designer Michelle Gage and her husband found a better use for a structurally unsound part of their home. 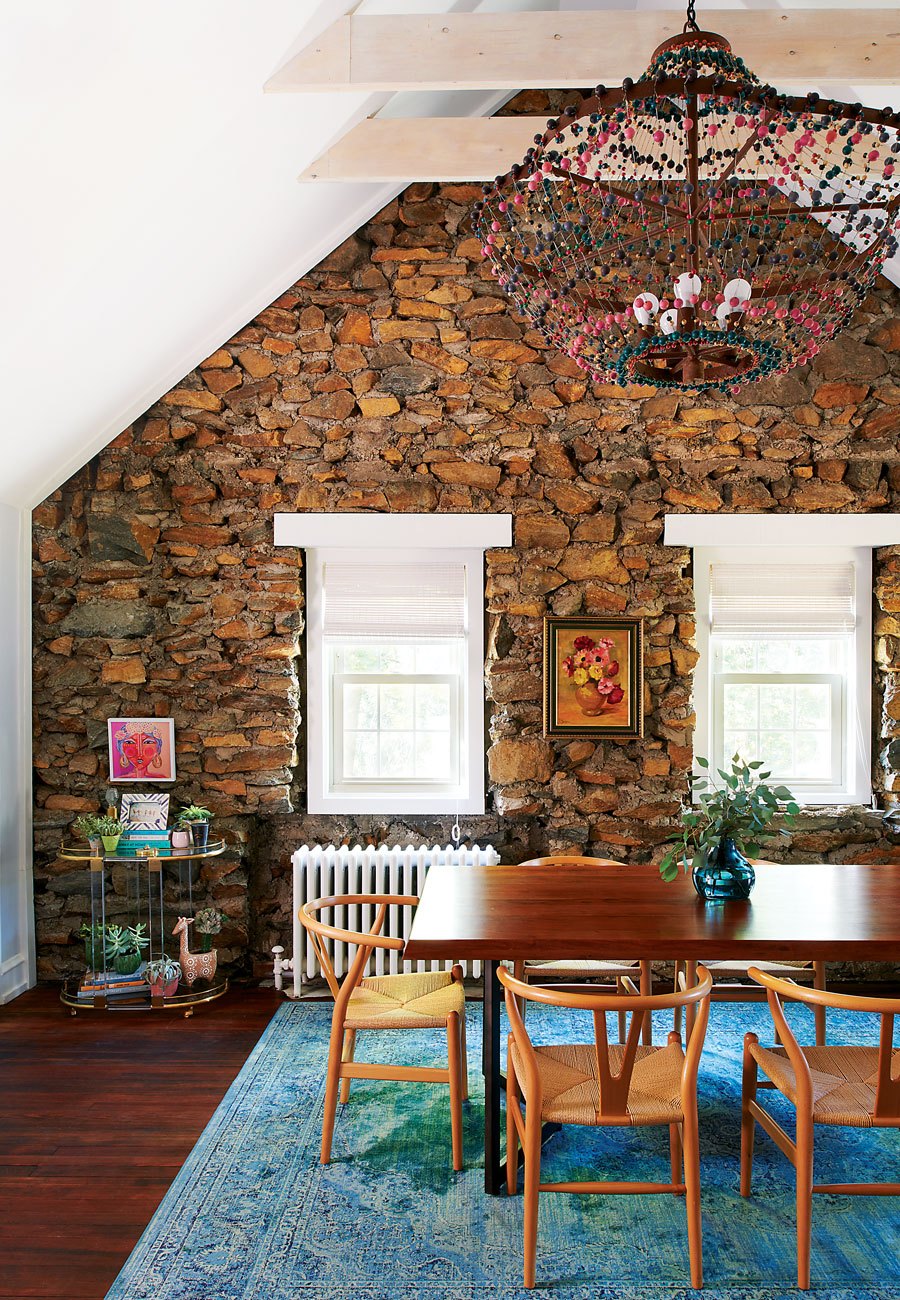 When Michelle and Alex Gage purchased their Villanova home in 2017, they knew they were in for a full overhaul of the four-bedroom, four-and-a-half-bath house. Very quickly, they realized that a pair of joined bedrooms — soon to become Michelle’s home-office space — would be a top priority. For one thing, the previous owners had taken down the structural wall that divided the rooms, leaving an unsafe sinking ceiling overhead. For another, Michelle, an interior designer who works out of her house, needed a sane, organized haven amid the chaos of a full home renovation.

The couple opted to do a lot of the work themselves, encountering a few surprises along the way. Alex, a mechanical lighting engineer who’s very handy, refinished the hardwood floors they discovered under an old carpet (an ambitious project he says he likely wouldn’t do again). After pulling down the sagging ceiling plaster, the couple realized they could expose the cathedral ceilings above. (They installed new structural beams to replace the joists they removed, then hired a drywall team to finish things off.) And they unearthed a stone wall that had been hidden behind a plaster coating; Alex left it exposed as a cool accent. 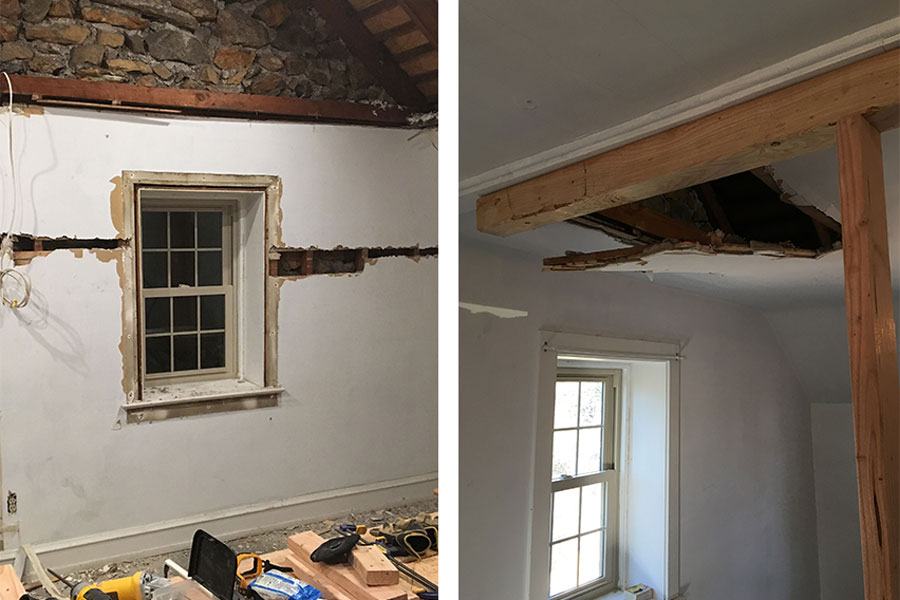 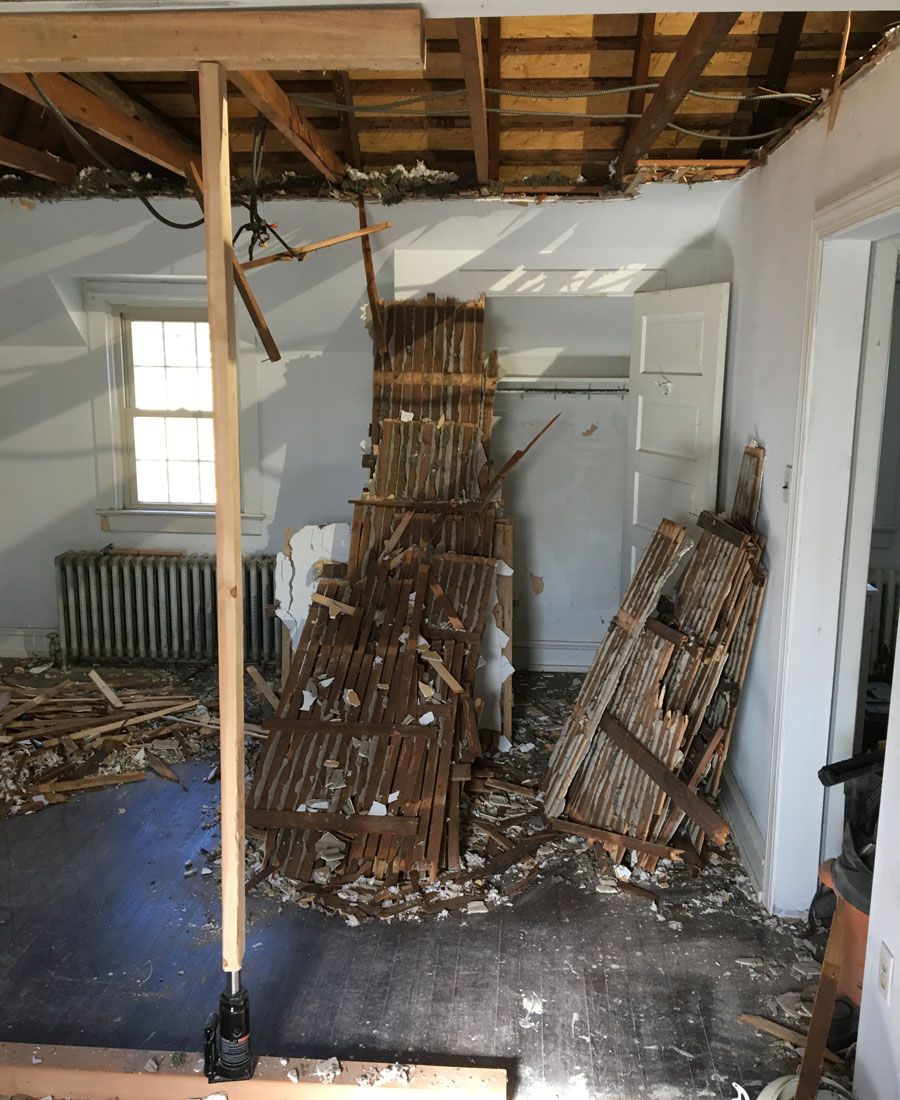 Alex Gage tore down plaster and lath to expose the cathedral ceilings above. Photographs courtesy Michelle and Alex Gage

As finishing touches, Alex installed recessed lighting and shelving for storage in the closets and brought in a repurposed dining room table for use as a large work surface. “I wanted it to be a space that I enjoyed going to every single day,” says Michelle. “It really is all those things that we need it to be.” 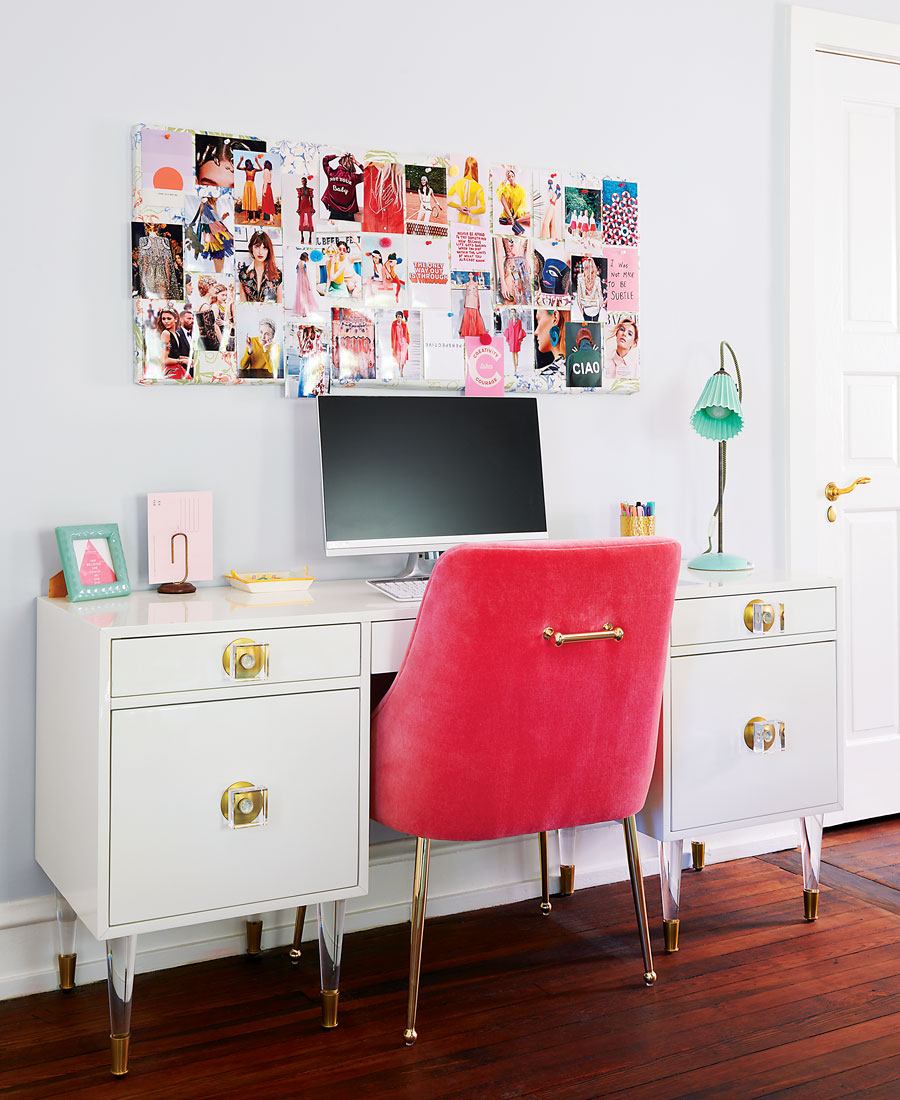 To make the bedrooms function like an office, the couple got clever with storage, adding a desk, dressers, and new shelving in the closets. Photograph by Rebecca McAlpin

A Pro on How to Create an Awesome Home Office

1. Combine fun and function.
A home office should be a fun space that inspires your work and also practical enough to enable you to get your work done, says Michelle Gage. Think about what you need there to accomplish your job — large workspaces, plenty of storage — and then add some creative pops, like an accent wall or eye-catching chandelier.

2. Make it feel separate.
No one wants to work in a spare bedroom with a desk. Make the space feel distinct from the rest of the house by exposing some brick or raising the ceiling, and keep the decor light and colorful, says Gage.

3. Take your time.
This is your office, not your kitchen — it’s okay if it’s not all finished immediately. If you’re doing the renovation yourself, start with a desk and chair, Gage advises. When you have time, move on to wall color, rugs and lighting, followed by other seating and storage solutions.

Published as “Building a Home Office” in the “Home Makeovers: Philly Edition” article in the March 2020 issue of Philadelphia magazine.