This house, whose oldest part dates to before the American Revolution, figures into a uniquely American history. 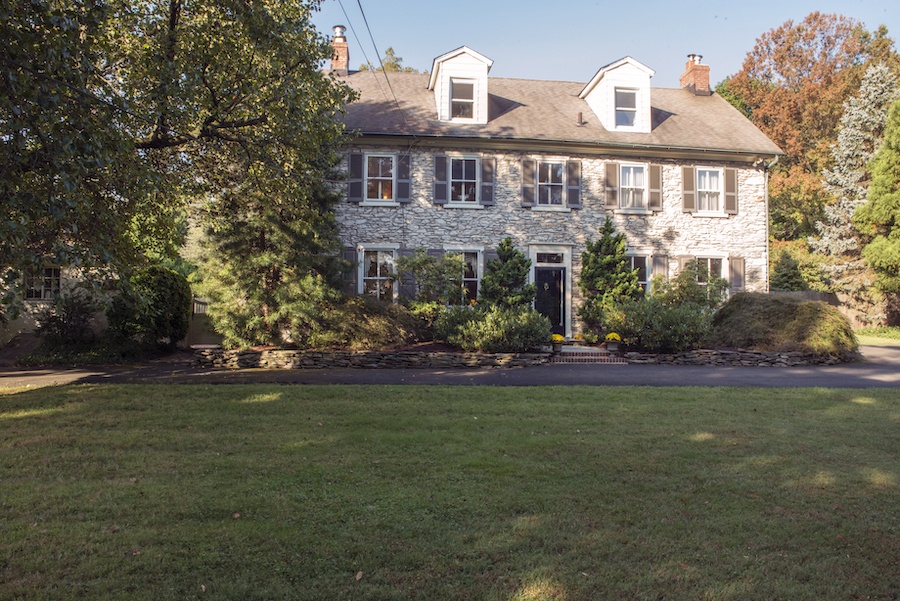 While interracial marriages have become No Big Thing in most of the country now, there are still parts where the sight of a white man with an African-American woman would turn heads.

We can only imagine, then, the reaction people had to Richard and Cremona Satterthwaite Morrey in the late 18th and early 19th centuries.

Here’s the kicker: It didn’t cause much of a stir at all, for the couple lived among the Quakers who settled early Cheltenham Township, in which this handsome house for sale sits.

This house was built by their daughter and her husband. Here’s some of their story. 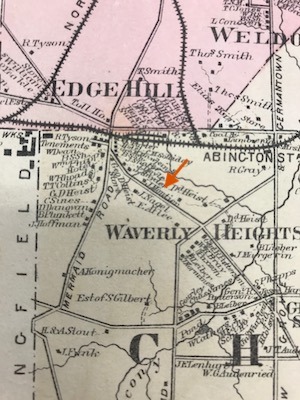 He was also one of the 15 men who established Cheltenham Township on land Penn granted them in 1682. Morrey was a slaveholding Quaker at a time when the Friends had not yet embraced abolition. His son Richard, however, freed the slaves he inherited from his father, including Cremona Satterthwaite. Richard then promptly fell in love with Cremona, who had remained on the Morrey homestead as a house servant. Although they could not legally marry, they presented themselves as husband and wife, and the community accepted them as such.

Richard and Cremona had five children between 1735 and 1745. Cremona Morrey was one of those children, and she inherited 198 acres of the Morreys’ land upon Richard’s death in 1753. This was another departure from the norms of the day. 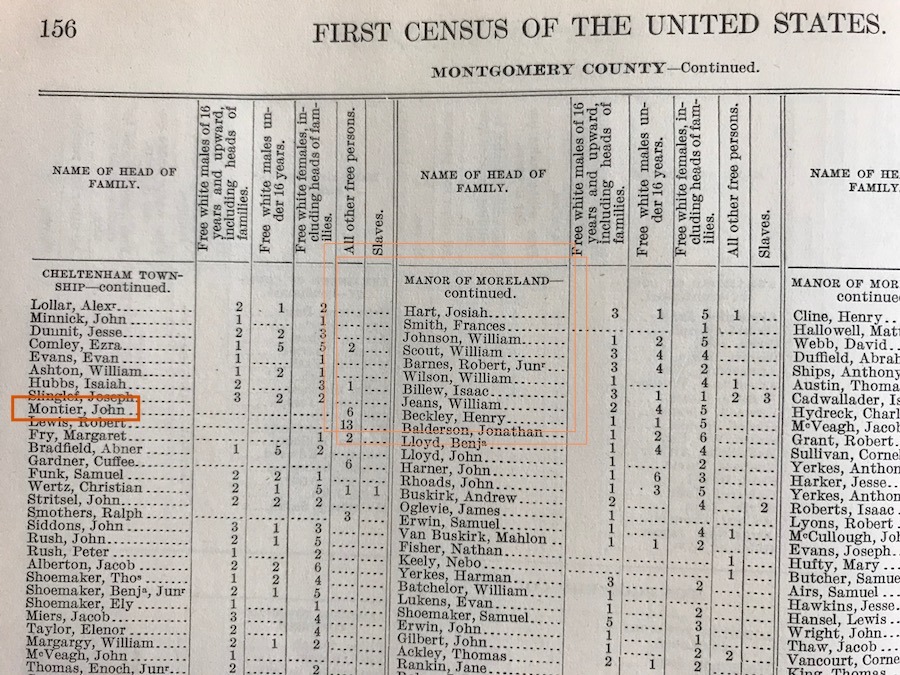 Reproduction of 1790 Census showing John Montier listed in Cheltenham Township; his household contained six “other free persons,” counting him and his wife

Upon that land in Cheltenham’s Edge Hill section, Cremona and her husband John Montier, a free African-American, built a two-story barn and a house sometime around 1772. Their son Hiram would expand the house over the years as he prospered as a bootmaker in Philadelphia.

That expanded house has just been listed for sale. Like most other continuously occupied houses dating to the Revolutionary era, this one has been updated over the years yet retains all of its original character.

The most noticeable updates are in the kitchen and bathrooms. 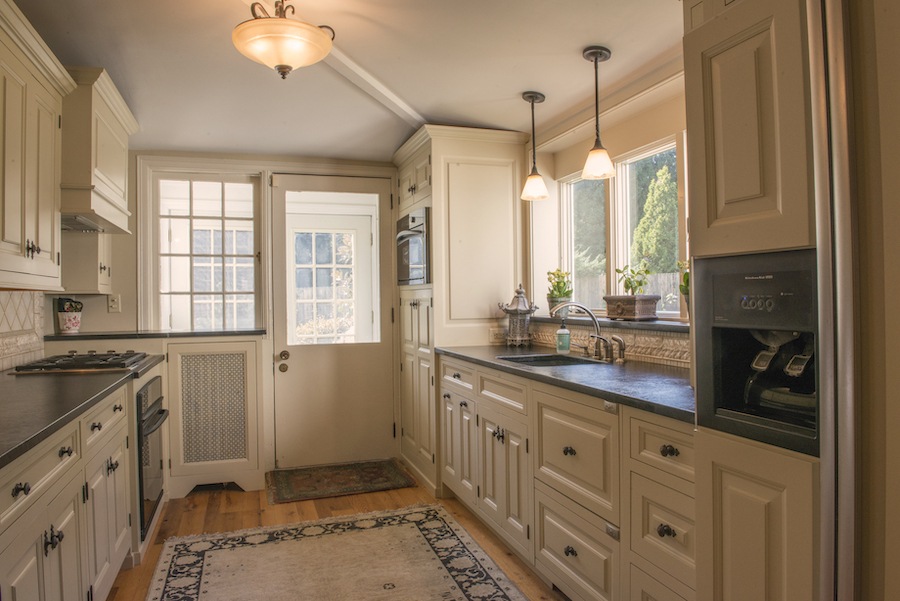 The kitchen has period-appropriate cabinetry and modern appliances. 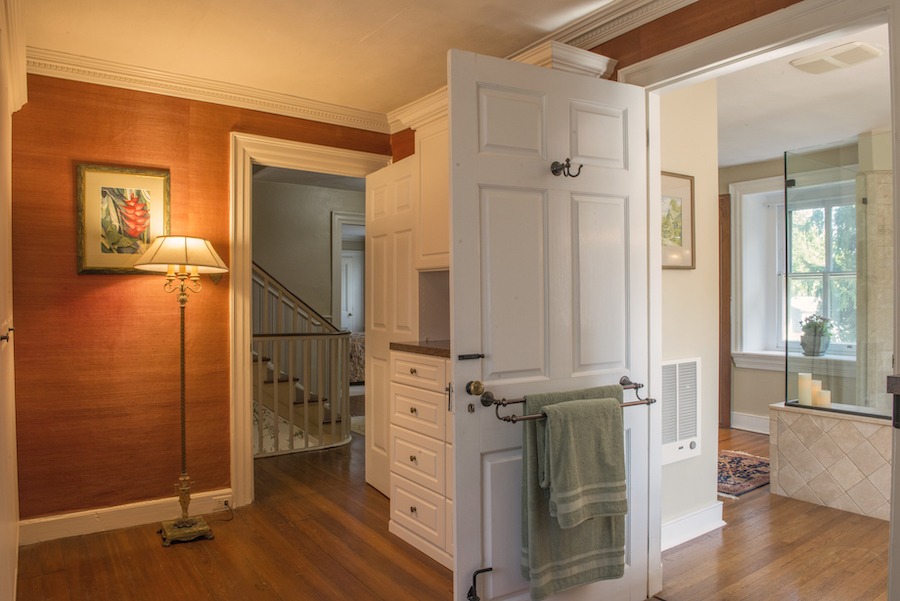 The bathrooms have updated plumbing fixtures; the master bathroom, which is connected to the master suite’s dressing room and closet, features a luxurious walk-in shower. 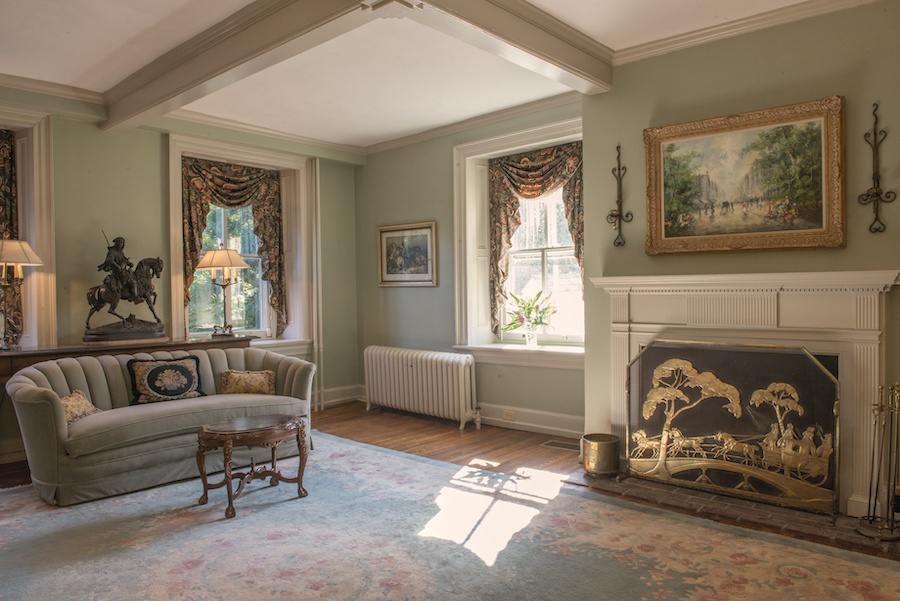 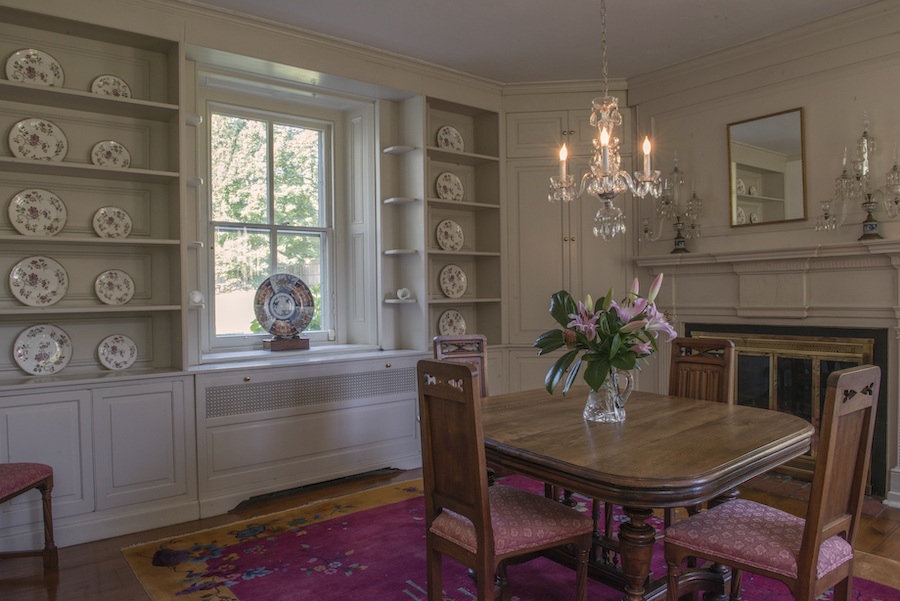 All five of this house’s original fireplaces work. Three are on the first floor — one in the living room, one in the dining room, and one in the den, the oldest part of the house. 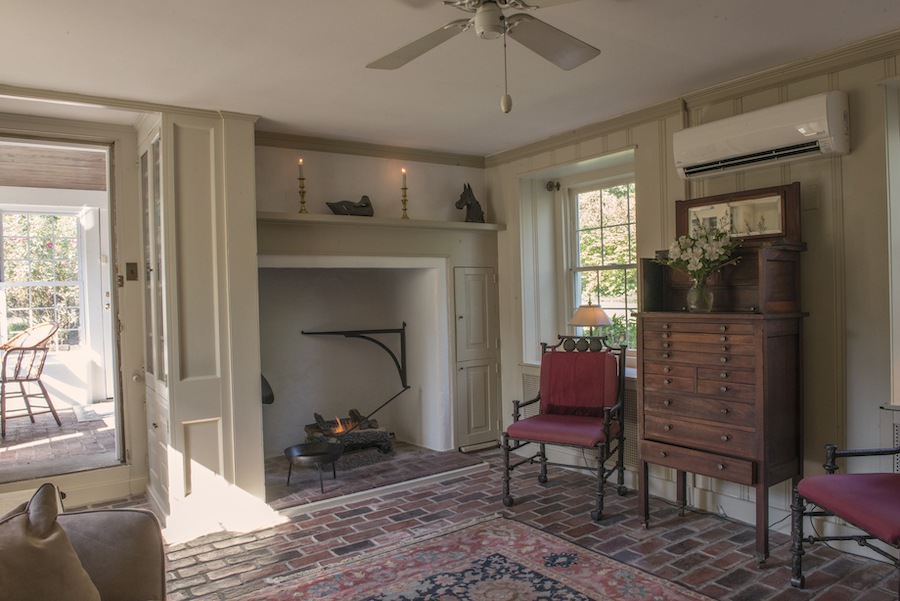 Its appearance suggests the den originally served as the living room and kitchen. 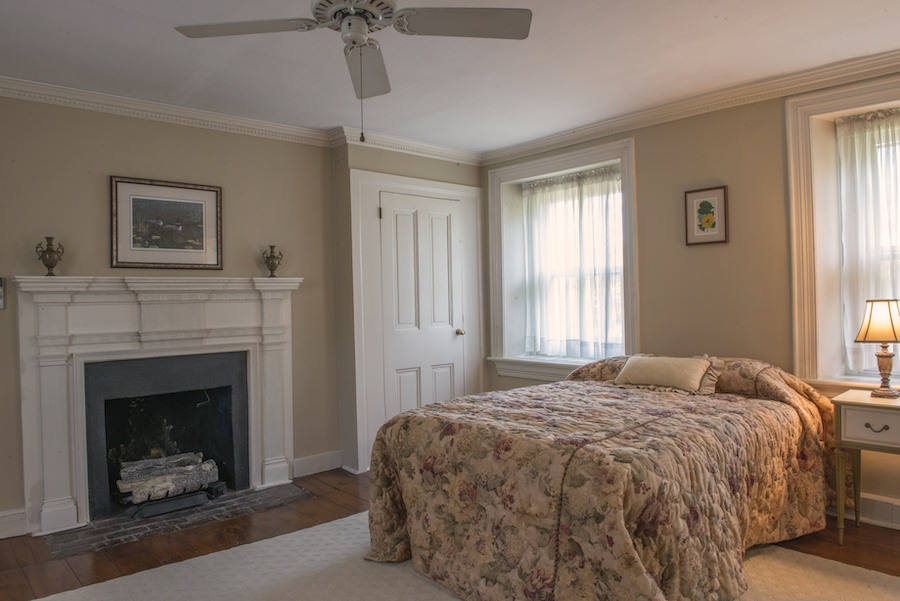 The two second-floor fireplaces are located in the master suite, which spans the front of the floor. One is in the bedroom; the other, in the dressing room. 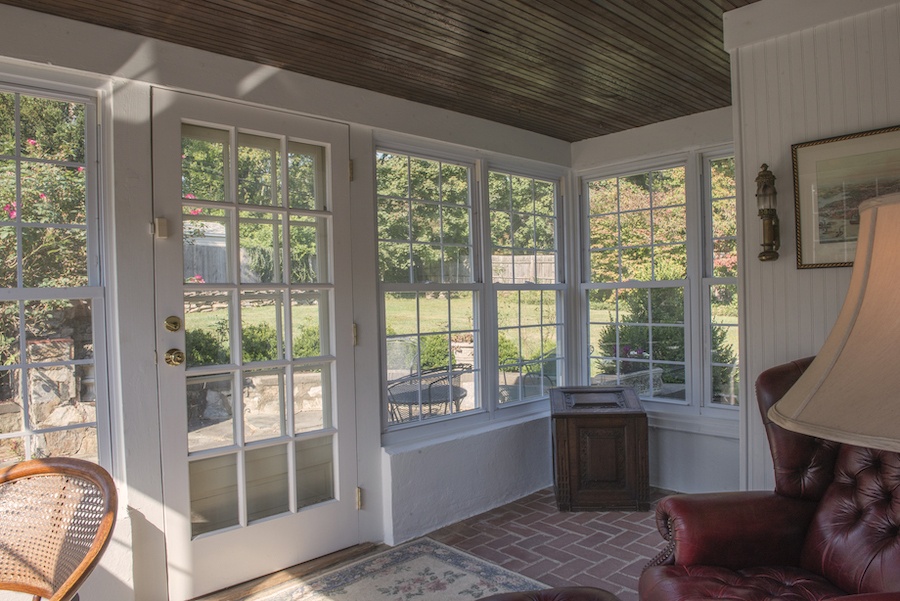 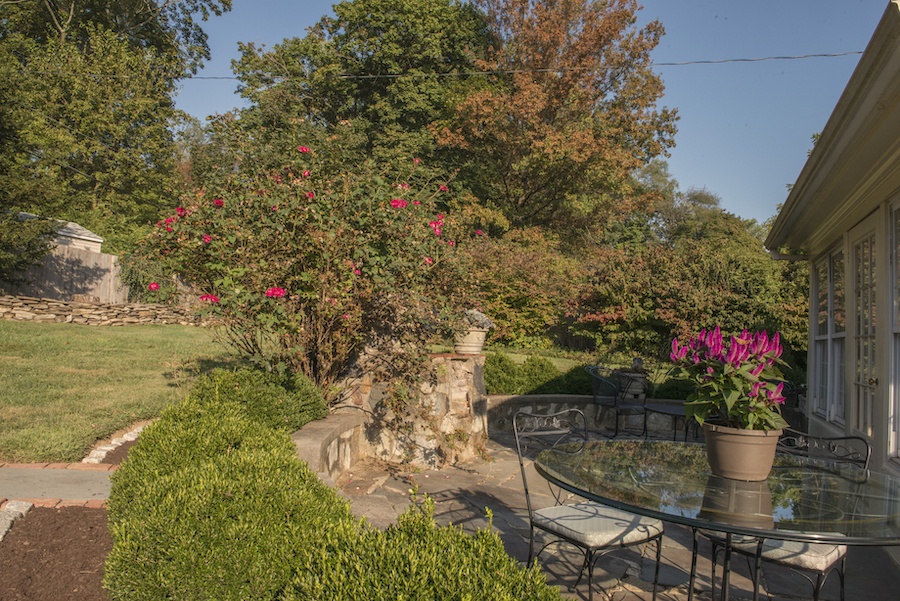 A newer sunroom sits off the den, and the house is situated on a nicely landscaped 0.59-acre lot.

Acquire this house for sale and you will be the steward of a rich and unique historical legacy. (You can learn more about that legacy by watching the WHYY documentary on the Montiers.) And you will be sitting in a convenient location, close to Arcadia University, the Fort Washington Expressway and Glenside’s town center and Regional Rail station.

Updated Oct. 9th, 7:33 a.m., to correct information about the lot; it does not include the barn.