This house for sale looks like a tricked-out Cape Cod on the outside. On the inside, it's an almost-pure center-hall Colonial with modern creature comforts. 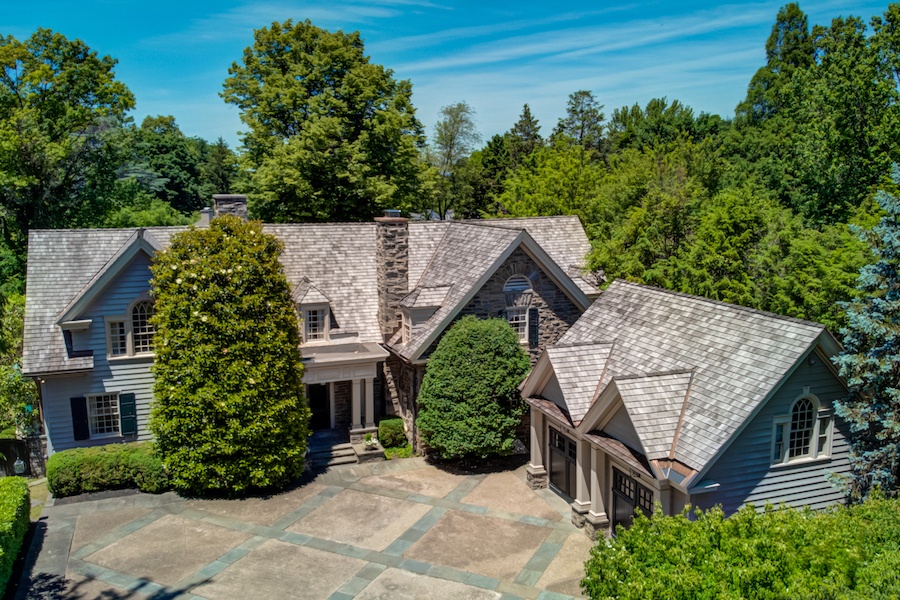 What image pops into your head when you hear the phrase “center-hall Colonial”?

I’ll bet that it looks like a two-story, very symmetrical house with a peaked roof, brick, stone or clapboard walls, maybe symmetrical chimneys on either end, and dormers on the third floor.

And what do you see in your mind’s eye when you hear the term “Cape Cod house”?

Whether it’s small or large, it’s probably a house that looks like it has only one floor, or would if the gables and dormers under its peaked roof didn’t give it away.

On the Market: Transitional Midcentury House in Wyndmoor

And on the inside, the Cape probably looks a bit less fancy than the Colonial, and its rooms are arranged more informally.

So given all this: In which box do you put this handsome vintage-1941 manor house for sale in Wyndmoor?

My answer: Both of them, depending on what you choose to emphasize.

On the outside, this house is all Cape. Make that almost all Cape. It has the basic form, but a gable with a Palladian window in it sort of violates the spirit of the house type.

But it does clue you into what lies inside. 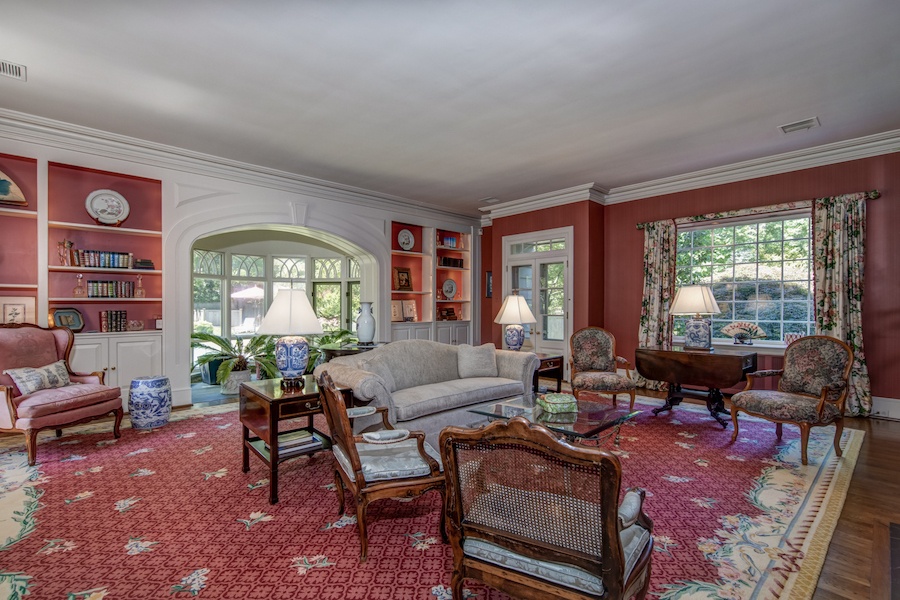 Inside lies a 100 percent classic center-hall Colonial, only with a layout that departs from it significantly and some features not found in the standard model. 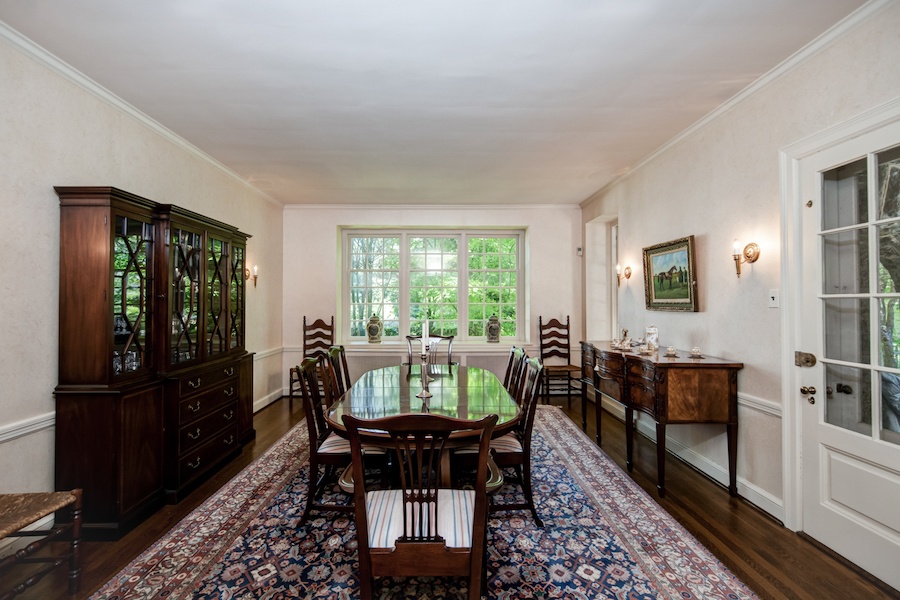 Like a two-sided fireplace shared by the foyer and the living room and large horizontal mullioned windows that look out on the backyard from both. 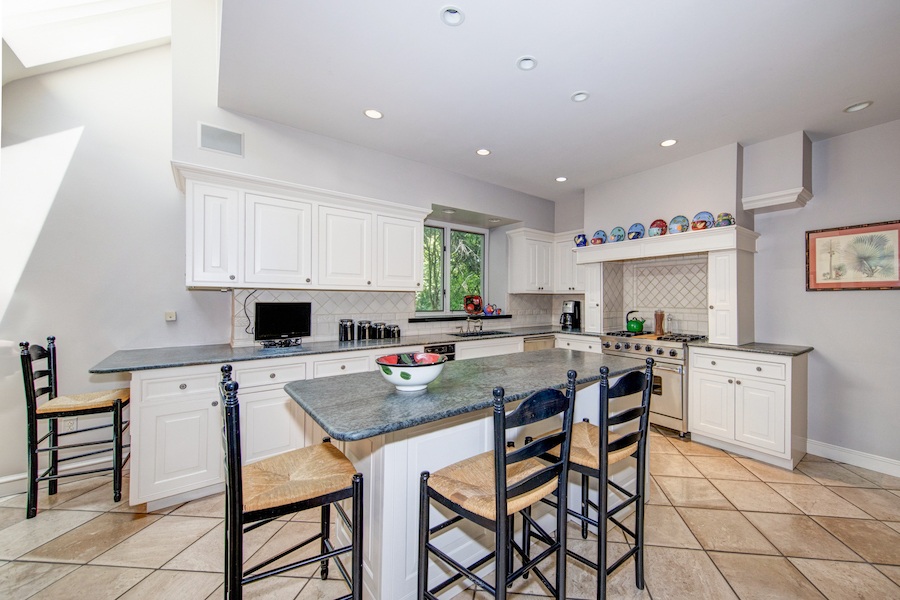 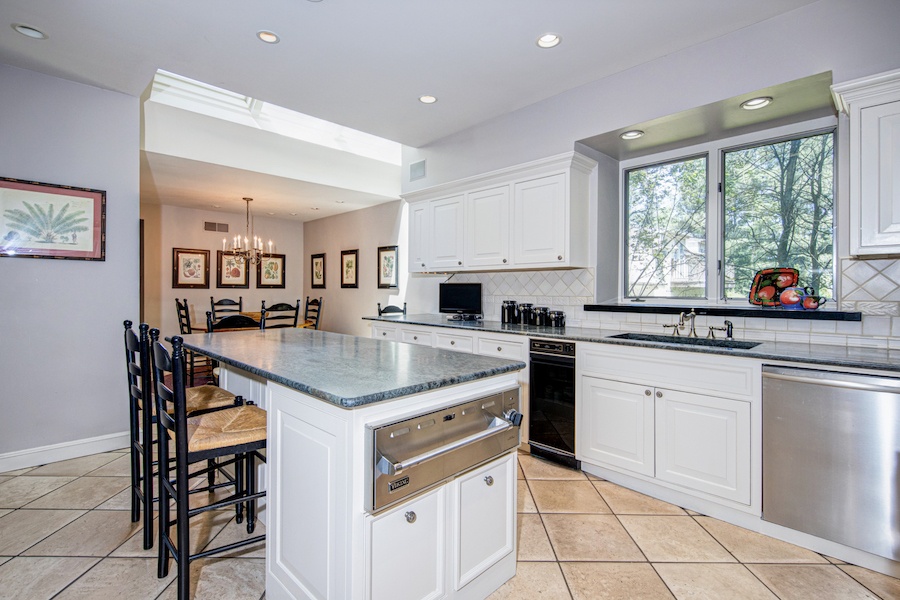 Or the rear wing behind the dining room to the right of the foyer. That’s where you will find the up-to-date chef’s kitchen, whose accouterments include a warming drawer along with the standard array of Viking and Sub-Zero appliances. A breakfast nook lies off the kitchen, and a butler’s pantry with wet bar connects the kitchen and the dining room. 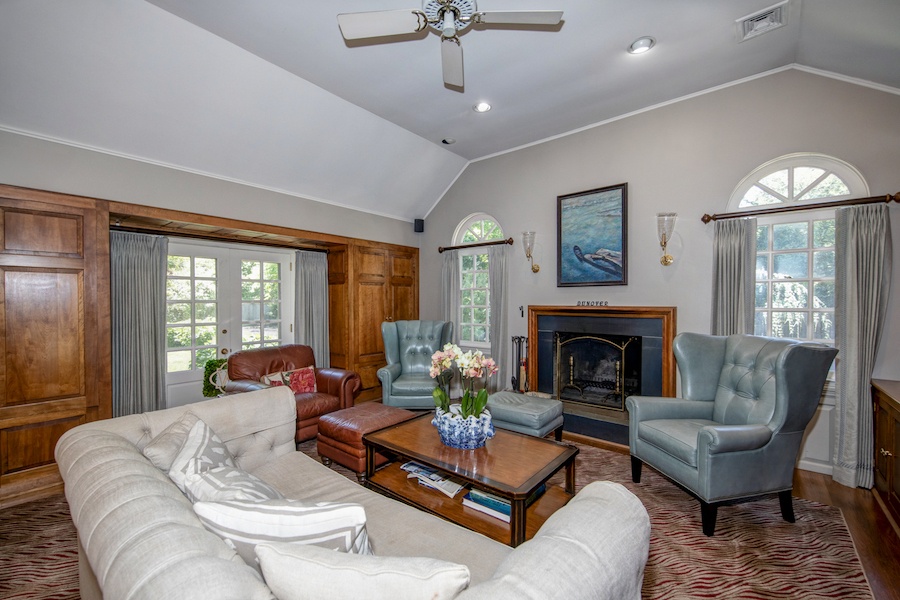 Beyond these you’ll find a den with a vaulted ceiling, a fireplace, French doors leading out onto the rear terrace and two smaller fan-topped windows. 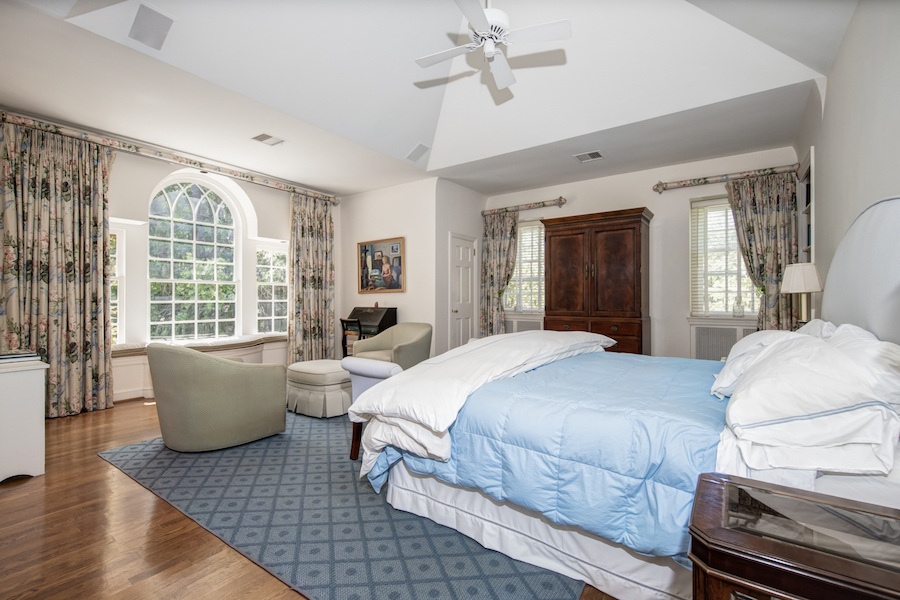 The Palladian window in that gable brings lots of light into the master bedroom. It also has a tray ceiling, a sitting alcove with built-in bookshelves and a fireplace of its own. 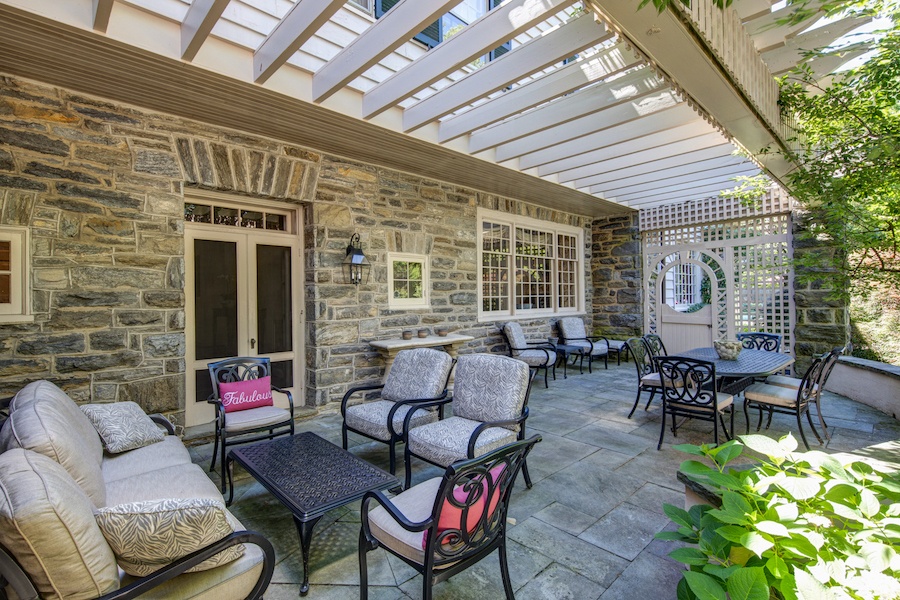 Out back you will find a beautifully landscaped yard to match the attractively landscaped one in front. An arbor-covered flagstone terrace looks out over it. (You might want to plant some more vines to cover that arbor and make the terrace even cooler in summer.) Off to one side of the terrace is a large swimming pool, which the bay window in the living room overlooks.

Another feature not found on the grounds themselves: Convenience and a dash of walkability. This house for sale sits just a few steps away from Stenton Avenue, the Philadelphia city line up this way. About a quarter-mile away on the other side sits Gravers Regional Rail station, and another quarter-mile walk past that lands you right in the middle of Chestnut Hill’s lively shopping and dining district along Germantown Avenue.

*OTHER STUFF: These figures include the one-bedroom, one-bath guest or au pair suite located over this house’s detached two-car garage.