This house sits at the west end of Elfreth's Alley, the oldest continuously occupied residential street in the country. It's being offered for sale in a private placement. 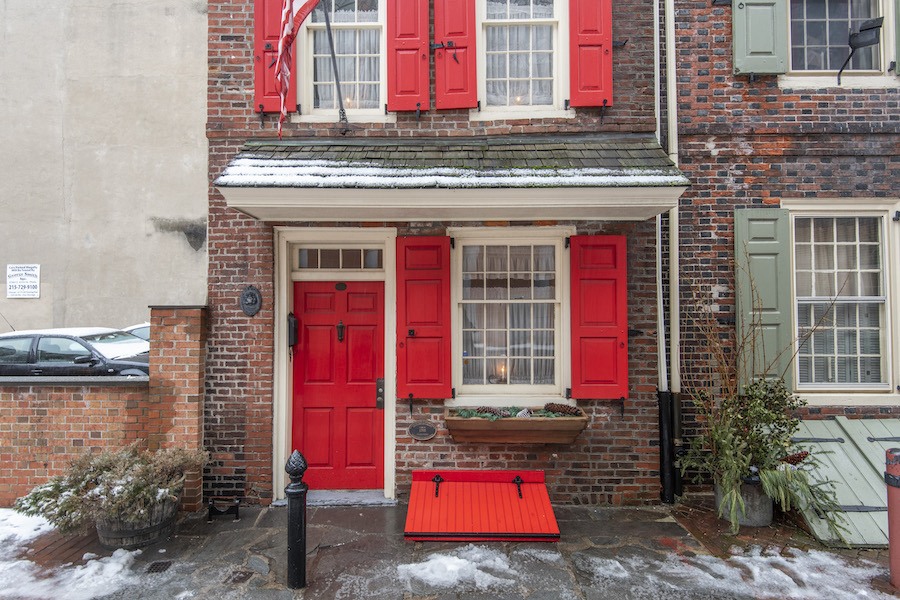 We have a second house for sale for history buffs today.

It’s a window to the past on the city’s most historic residential block — Elfreth’s Alley, the oldest continuously occupied residential street in the nation. 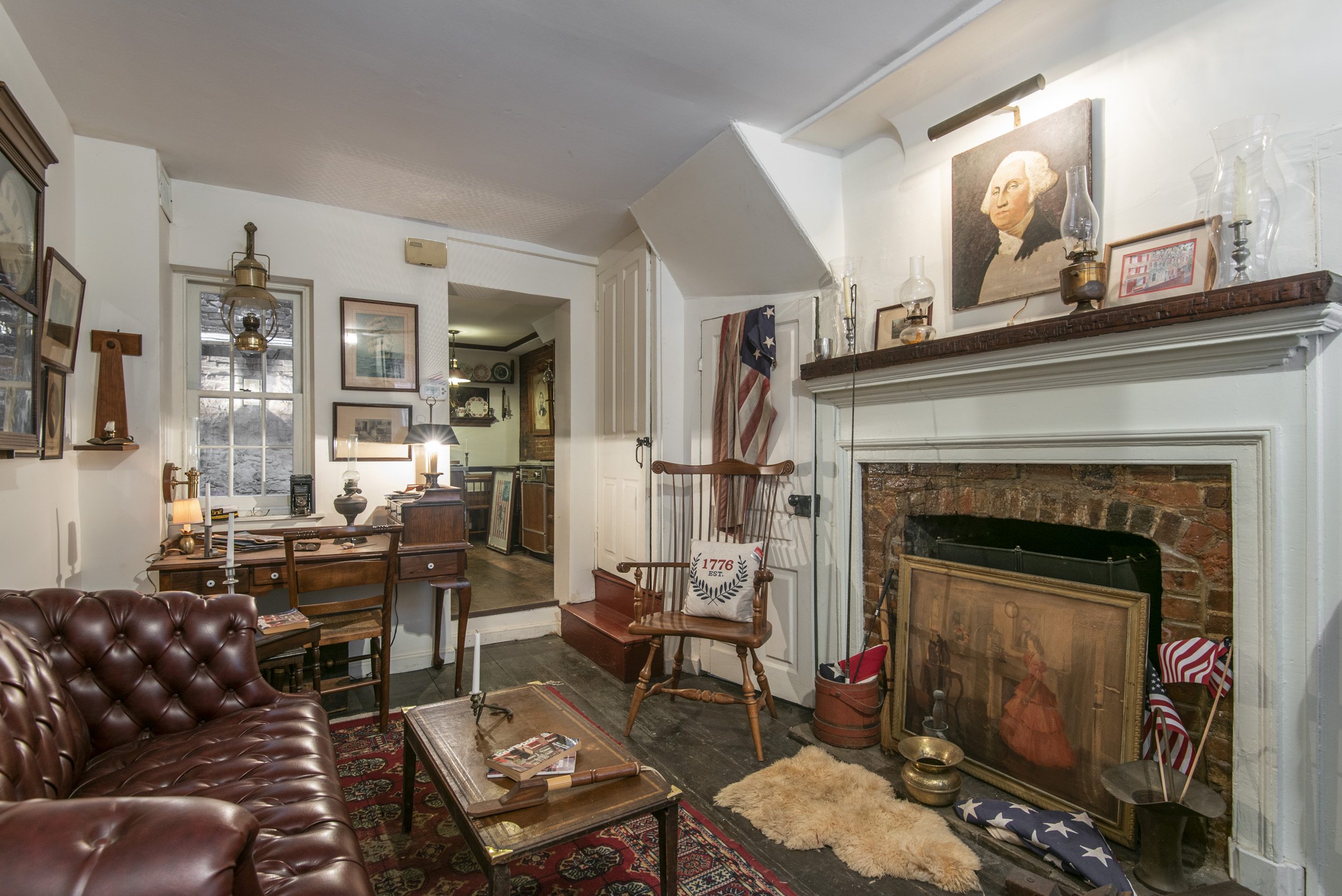 The owner claims this is the oldest house on the block, dating to sometime around 1703. According to Elfreth’s Alley Association President Neil Frauenglass, this isn’t quite the case. Records at the association show that the land on which 139 sits was purchased in 1706 and that the first house to be built on the block was 120 Elfreth’s Alley, built in 1724. 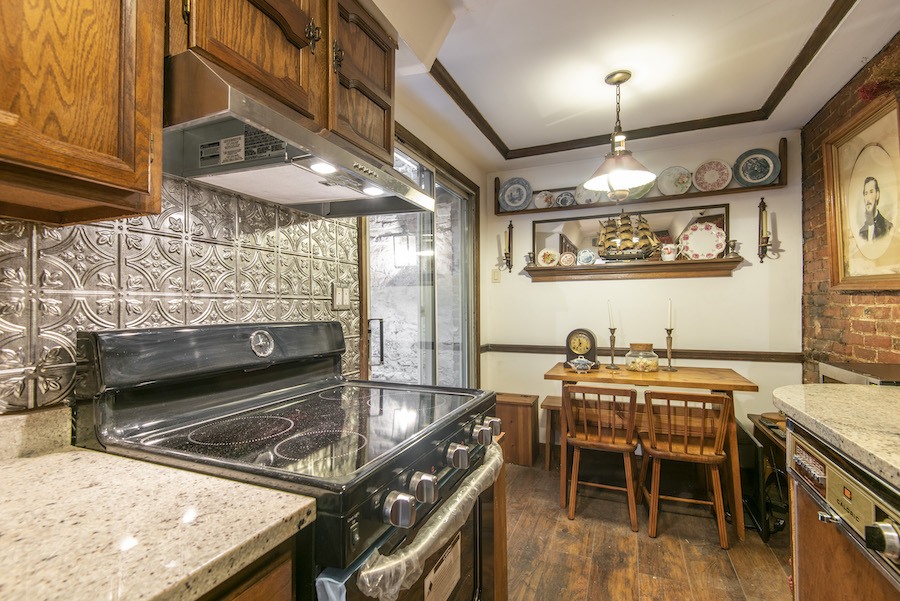 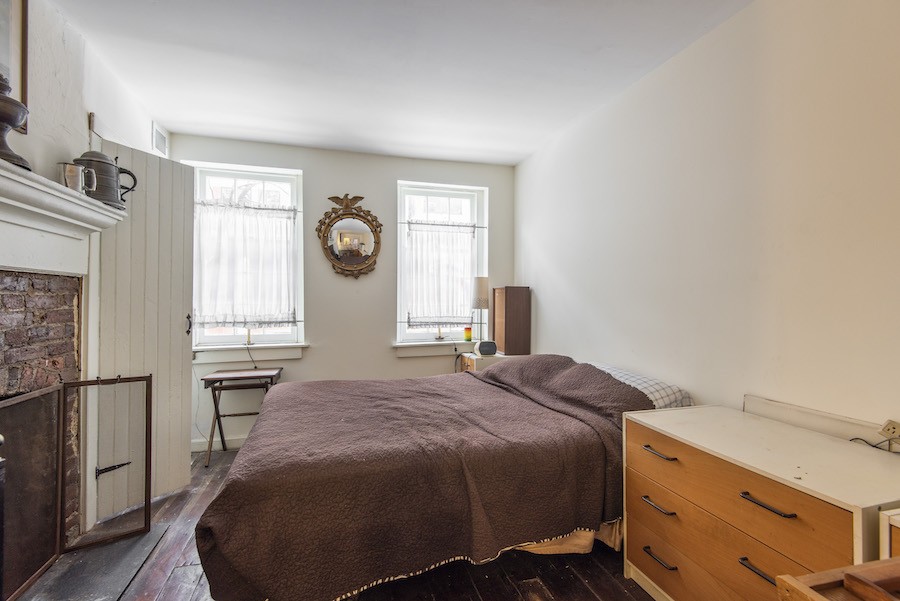 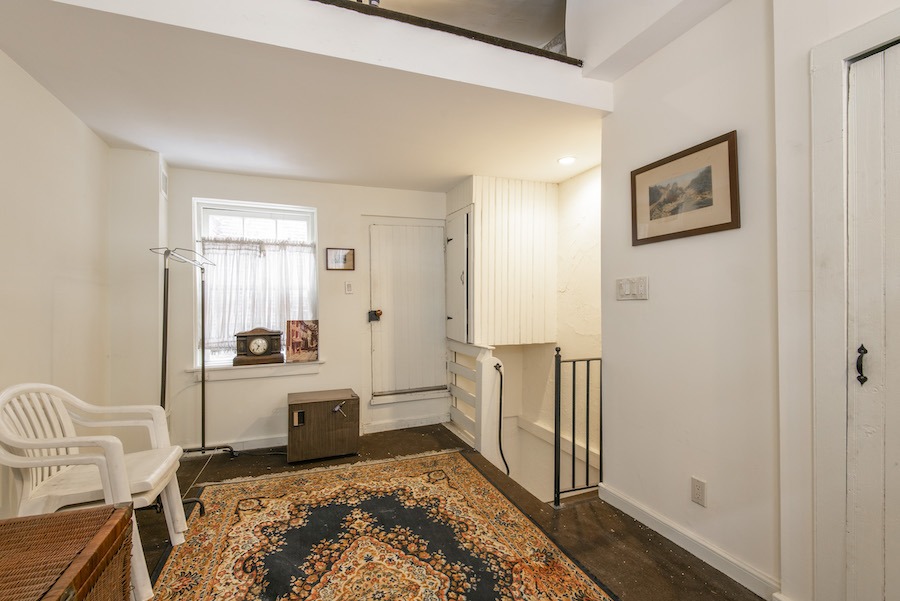 That also makes it one of the oldest examples of that most Philadelphian of house types, the trinity. An expanded one, but a trinity nonetheless. 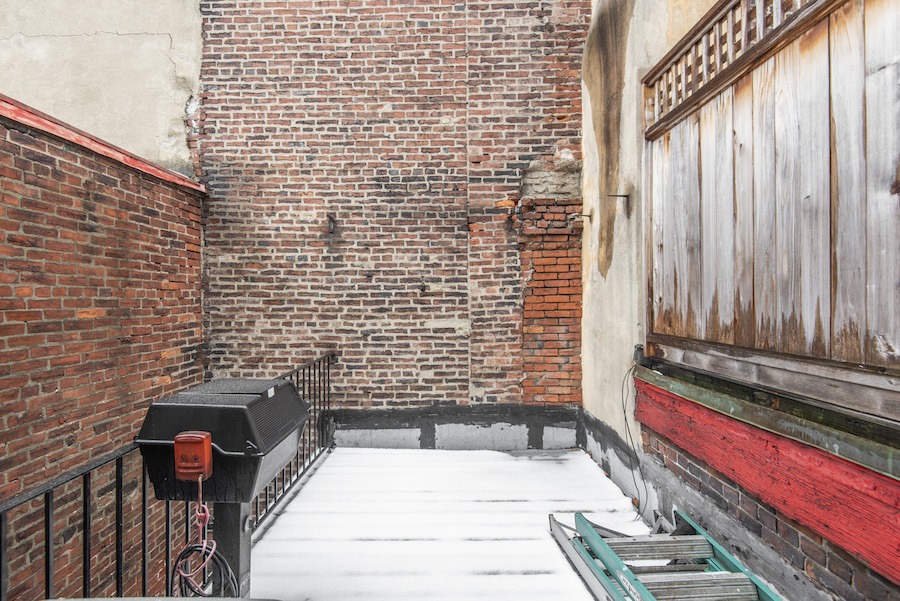 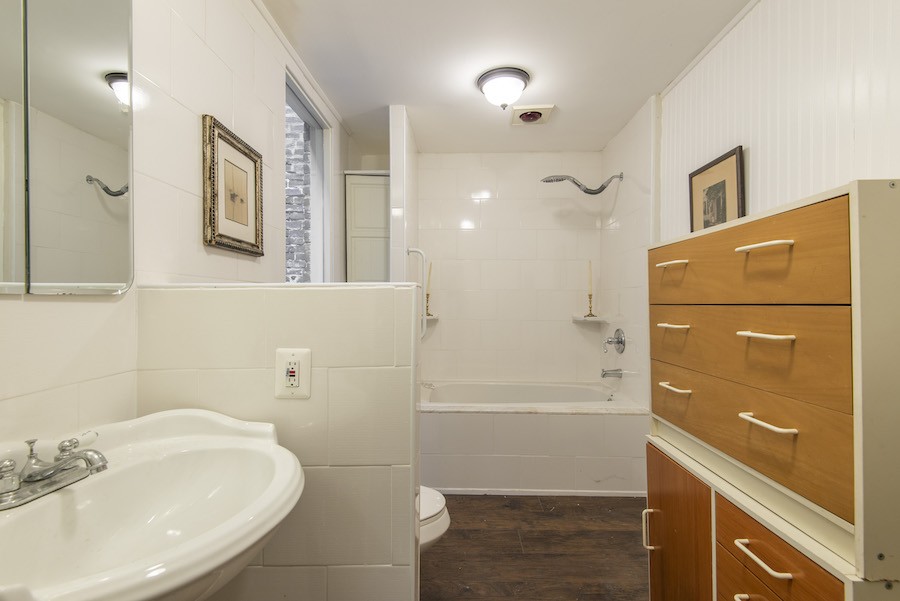 It retains every ounce of its historic charm and character, even with the insertion of a modern kitchen and bathroom. Some of its original architectural details, like the ceiling beams and original brick walls, have been exposed for visitors to see. (And this house gets them: it is one of the houses that routinely opens its doors for the annual Elfreth’s Alley house tours.) 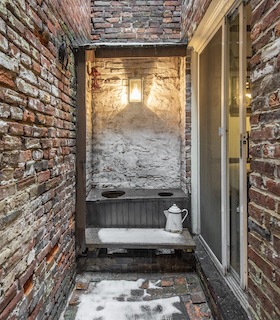 Another of those surviving historic details: the privies in its side courtyard.

Ryan McManus (“Agent PHL”) of BHHS Fox & Roach says of this house, “No. 139 greets over 500,000 curious visitors annually and will make a valuable contribution to any investor’s real estate portfolio. We envision this property becoming one of, if not the, most famous Airbnb rentals in the city.”

If you share that vision, you should get in touch with McManus, who is offering this house for sale via private placement. If you just want to live on Elfreth’s Alley yourself, you should reach out to him too, for houses on this most famous of all Philadelphia streets don’t come up for sale all that often. 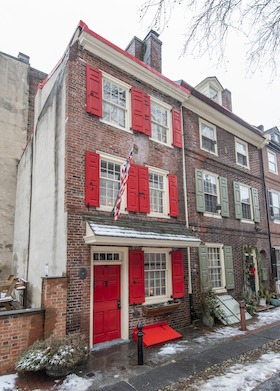 OTHER STUFF: While this house is historic, it has the modern creature comforts, including central air conditioning. It’s also the only house on Elfreth’s Alley with a flagstone sidewalk in front of it.

Updated Feb. 19, 12:02 p.m., to correct the claim that this is the oldest house in the city. That honor belongs to Wynnstay (nee Wynnestay), the original residence of William Penn’s physician, Thomas Wynne, in Wynnefield. It dates to 1689. Information on this house’s history was added at 3:33 p.m.