The lower-priced units are part of a 146-unit companion project to one the Riverwards Group already has underway next door. 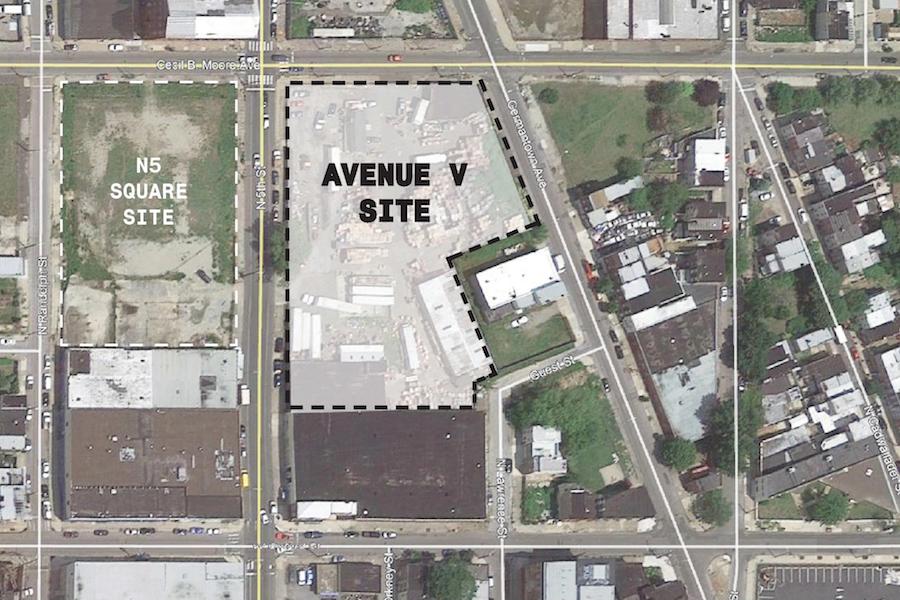 The Riverwards Group, already at work on N5 Square, a mixed-use mid-range residential development at the intersection of 5th Street and Cecil B. Moore Avenue in South Kensington, is about to embark on a companion project across Fifth Street.

On May 9th, the developer filed zoning permit requests for “Avenue V,” a 146-unit mixed-use residential-commercial project Riverwards intends to build on a roughly L-shaped lot between Germantown Avenue and Fifth Street along Cecil B. Moore.

The development will consist of 32 three-story and eight four-story buildings. Each building will have one condominium unit on each floor. All of the condos will have two bedrooms and about 1,100 square feet of space. The lot will be bisected by a new driveway perpendicular to Germantown Avenue with 56 angle parking spaces, and four of the buildings will have street-level retail: one at Germantown and Cecil B. Moore, one at Fifth and Cecil B. Moore, and two on Fifth Street at the driveway.

The units will all be priced within reach of many working families. Ten percent of the units (14 total) are designated as “entry-level” condos priced at $159,990, with the remaining market-rate units will sell for anywhere from $239,990 to $279,990. 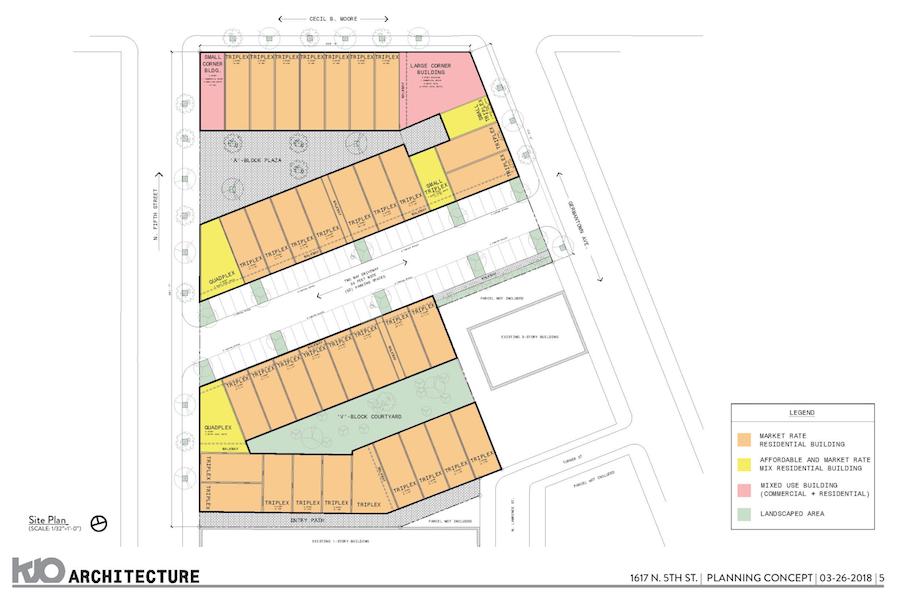 Riverwards Group CEO Mo Rushdy said that some modifications were made to the original plan (illustration above) after a courtesy meeting with stakeholders. In response to expressed interest in increased retail and commercial opportunities, two more retail spaces will be added on Fifth Street in the buildings flanking the driveway; the original plan called for just two such spaces at the Cecil B. Moore Ave. corners. Rushdy also said that the mid-site driveway would be reduced to a single one-way lane in order to increase the size of a landscaped open plaza on the Fifth Street side of the development.

Rushdy added that the inclusion of the entry-level condos is a response to growing concerns about affordability expressed at meetings of registered community organizations where development proposals come up for review.

This development proposal will require variances because most of its lot is zoned for industrial-residential mixed use but the project will contain no industrial component. Rushdy anticipates that community meetings about the development will take place in June.

Updated May 16, 7:02 a.m., to add details about the condominiums and correct information about the commercial space.