The new Philadelphia Design District shines a spotlight on something that's been hiding in plain sight for years. 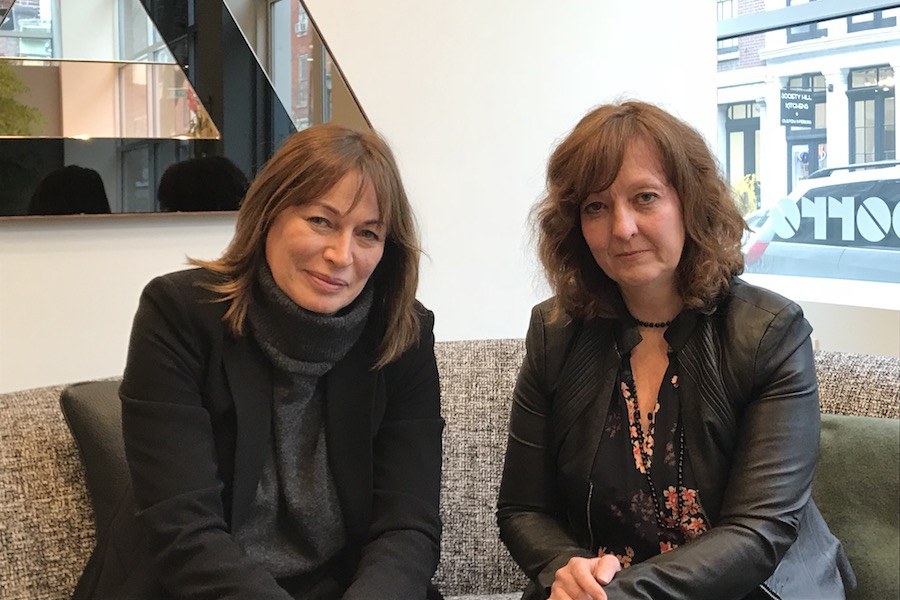 Remember back in 2015 when the readers of Condé Nast Traveler voted Philadelphia the second-best shopping city in the world, behind only Barcelona?

Weren’t you surprised then?

They founded and own two of the businesses that made North Third Street in Old City a shopping street so distinctive it earned a shoutout from the world travelers: Minima, a high-end modern furniture gallery that opened new, larger digs last fall, and Petit Jardin en Ville, a French-inspired flower and garden design store that recently expanded to add an outdoor living furniture gallery.

A gem hiding in plain sight

What these two realized was something many Philadelphians still haven’t yet: Their stores sat in the middle of the city’s most eclectic collection of home and design retailers — the largest such concentration in the city, and quite possibly one of the best such collections in the country.

“This area has always been a design area,” says Roux. “And so for over 20 years there have been art galleries and design houses like Minima.”  Perret founded Minima in 1999 just down the block from its new second location. About five years ago, Philly-area native Roux and her French-born husband Vincent decided to import what they loved about Parisian gardens to the United States when they resettled in Old City after many years living in France.

“And more and more of these stores were coming into the area,” Roux continues. Established independents like Mode Moderne found the neighborhood’s vibe meshed well with their own, and design behemoths like Roche Bobois saw the same potential the independents did.

So it didn’t take too much thought on Perret and Roux’s part to realize that they were in the middle of one of those gems hiding in plain sight that abound in this city. And about a year ago, they decided to make it their mission to polish that gem and bring it out of hiding. 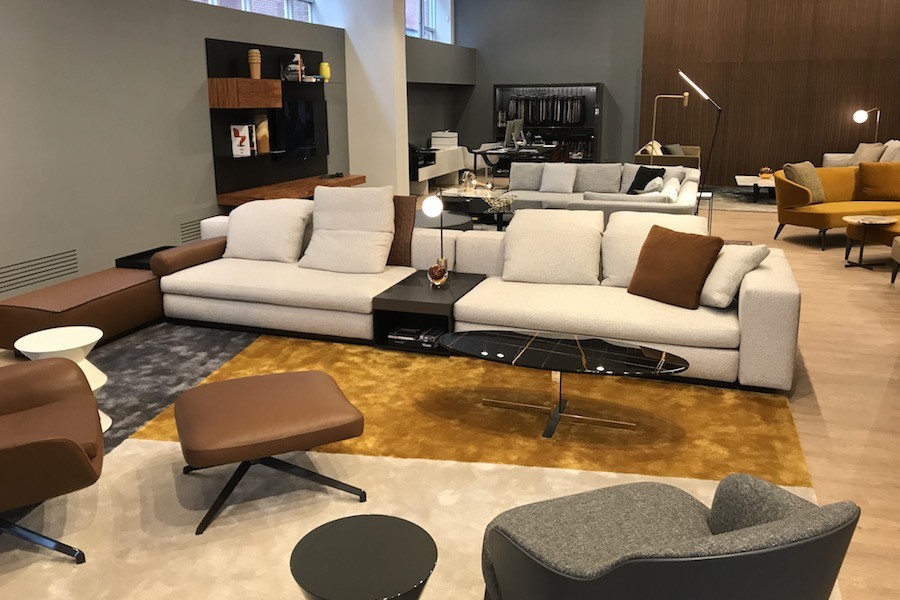 The permanent collection: Designer furniture on display in the Minima furniture showroom. The special exhibition is up the street at The Bridge on Race.

Another Declaration of Independents

Launched with a design exhibition that opened last Friday evening and runs through April 28th, the district showcases the collections and services of 10 independent local design innovators and counting. Through programs, talks, promotions and special events, PDD aims to draw Philadelphians’ attention to the concentration of home design talent right in the heart of the city. Think of it, if you will, as a permanent version of the DesignPhiladelphia festival.

“We really saw not just Old City but Philadelphia as a really strong design city,” says Roux. “We wanted to shed light on this area and on Philadelphia as a place to come and to shop and to really see some incredible art and design.”

“And eat as well,” Perret adds.

An American neighborhood with a European feel

Another aspect of their neighborhood both women want to call attention to may help explain why the Condé Nast Traveler crowd appreciated it while it doesn’t quite register the same way on Philadelphians’ radar screens.

Here’s Perret: “I think this whole stretch of Third Street, of Second Street, has so much potential. This whole neighborhood is beautiful. It’s such a European neighborhood, and after 20 years, I still find something every time that inspires me.”

And Roux: “My husband is French and I’m American. We lived in France for quite a while, and it was a similar type of feel when we came to Old City. My husband really felt a connection to the area: It’s very community-oriented but very European-looking, and that’s one of the main reasons why we chose [to settle] here.”

And if you go down the roster of Old City home decor and design retailers, you will find the European Union well represented: Italian furniture designers form the heart of the collections on display in Minima’s new gallery. Roche Bobois is based in Paris, and French lines dominate what’s on sale at Millésime + Ligne Roset. Two of Germany’s leading luxury kitchen designers, Bolthaup and Poggenpohl, have studios and galleries here. And so on. Even the American firms whose products are sold in Old City galleries, like Hunter Douglas, show them off in showrooms with a distinctly European modern style.

In other words, why bother flying to Paris when all it costs you to replicate the experience on Third Street is transit or taxi fare? (Or even less if you walk from a nearby neighborhood.)

Perret understands that it will take some effort to change Philadelphians’ perceptions of their own city as a premier design destination. She says that in the 18-plus years her gallery has been in business, people continually express puzzlement over its very existence: “We’re always looked at as something out of this city — that this city doesn’t deserve anything like high design. ‘Why is this strange store here? How are you selling anything? How are you making money?’ All the things people don’t expect Philadelphia to be. And that’s why I opened the store here.”

PDD is both an outward-focused organization aimed at attracting shoppers and visitors to Old City and an internal resource for its member businesses, who both Perret and Roux see as benefiting from drawing on their various specialties and the contributions of the city’s design community for things from window displays to special exhibitions. That collaborative spirit is on display this week and next in PDD’s “Premiere” designers’ showcase exhibition at The Bridge, 205 Race Street, through April 28th. Curated by Philly-based interior designer Mona Ross Berman, the exhibition aims to challenge viewers’ notions of what constitutes innovation in design and see beyond current trends.

Four special events during the exhibit will give participants the chance to gain insight from the designers themselves. Highlights include a talk by Mira Nakashima, the steward of and builder on the legacy of her legendary father, on April 20th and a brunch with Berman on the 28th. More information about these and other Premiere events and information about the district itself can be found on the PDD website.