The owners of this home searched long and hard for a barn to convert. When they couldn't find one, they simply built an original interpretation of one. 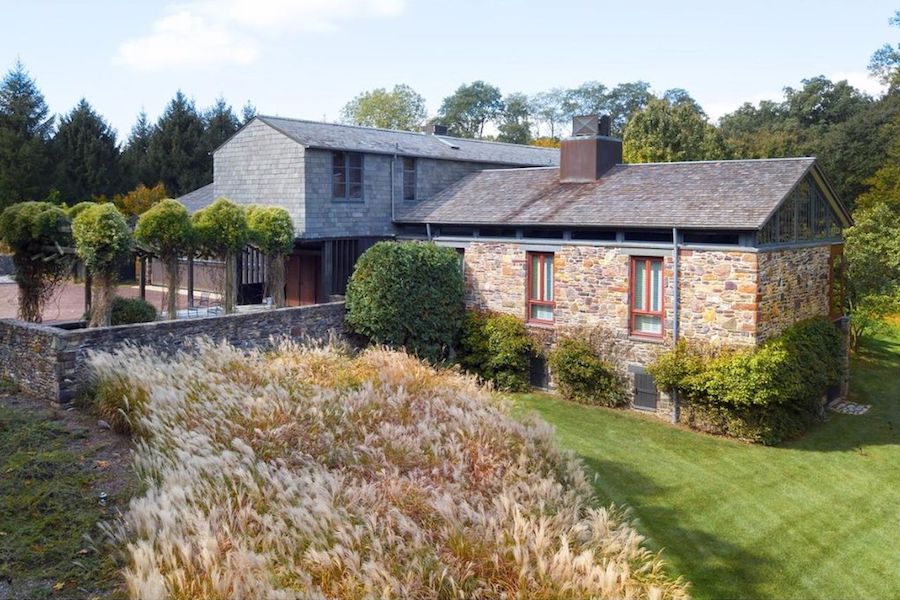 Mark my words: About 50 years from now, someone will nominate Sheaff Lane in Fort Washington as a National Register historic district.

Why? Because a segment of Philadelphia’s new money is busy building on what an earlier generation of new money did in the city’s northern suburbs. But instead of building grand neo-Classical palaces or rambling Richardsonian shingle houses, they’re building distinctively original modern dwellings that sidle up to more traditional manses.

What’s more, the new stuff they’re building looks like it’s been around as long as the old stuff.

Take this most handsome home, for instance. If the farmers hadn’t traded traditional barns for prefab metal sheds, they might be building barns that look like this now.

Or at least its owners seem to have had that notion. They had spent some time trying to find an actual barn to convert into a residence but came up empty-handed. (And here I thought that this region still had a decent supply of such structures.)

So they engaged an architect whose name will, I hope, be revealed someday to design a structure that complemented the historic stone estate home a portion of whose grounds it sits on. 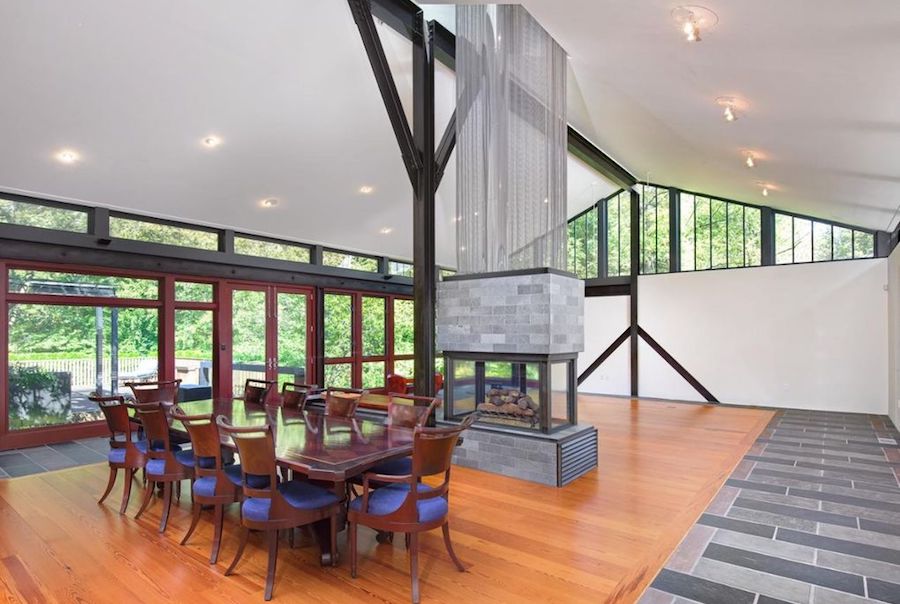 It certainly speaks fluent barn, but in a distinctly modernist idiom. Take its great room. You’ll find its metal beams recall traditional barn bracing, but its central gas fireplace, surrounded by glass and topped by a column of stainless steel beads in place of a chimney, recalls nothing else you’ve seen up to now. 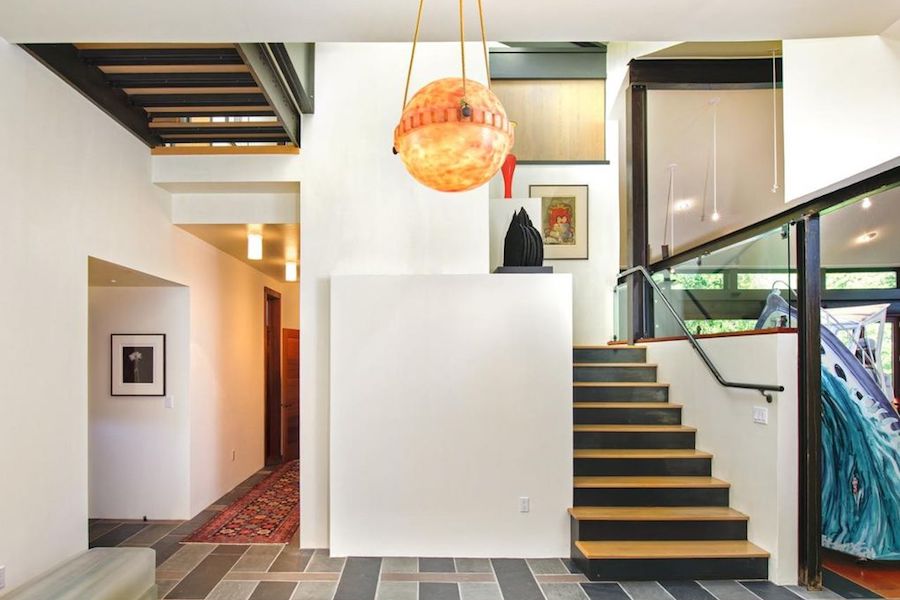 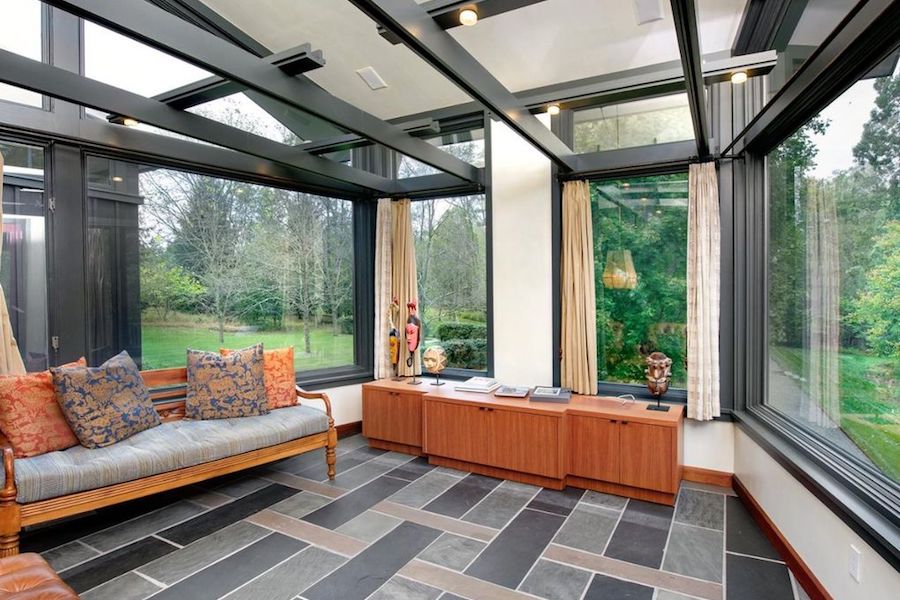 The patterned slate flooring unites the main living spaces on the main floor with the outside in an urbane twist on a traditional barn’s dirt floor. 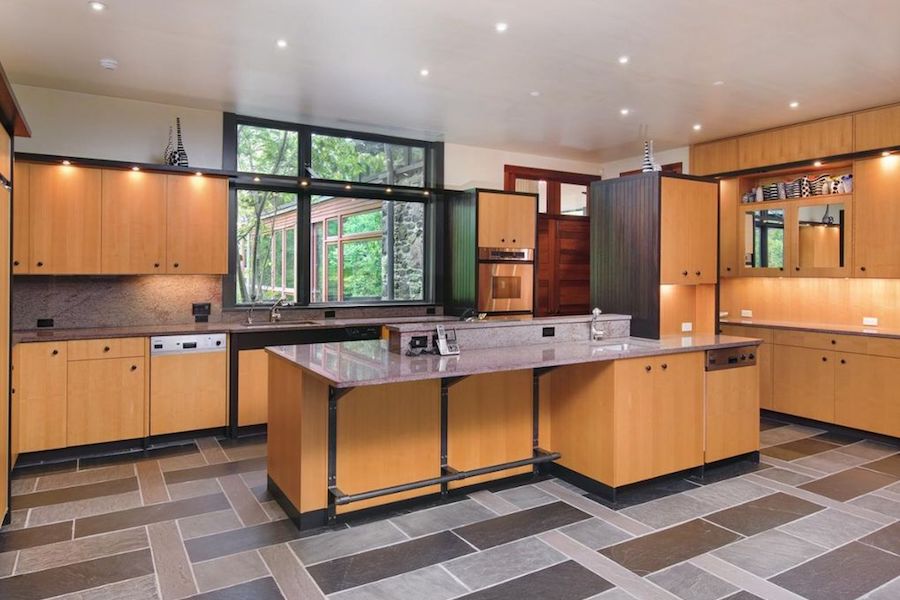 The kitchen makes generous use of light-colored wood to give it a rustic touch, yet its overall style is totally contemporary. 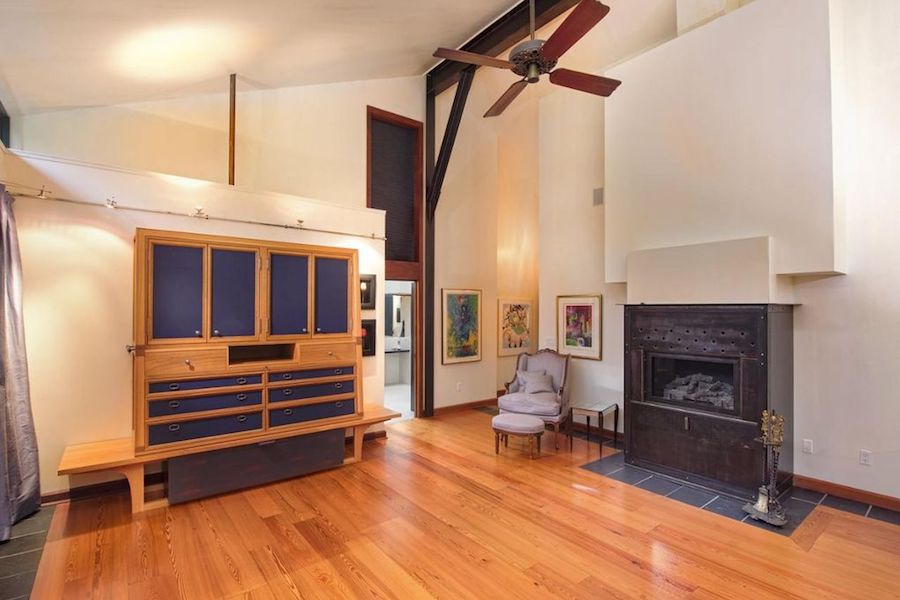 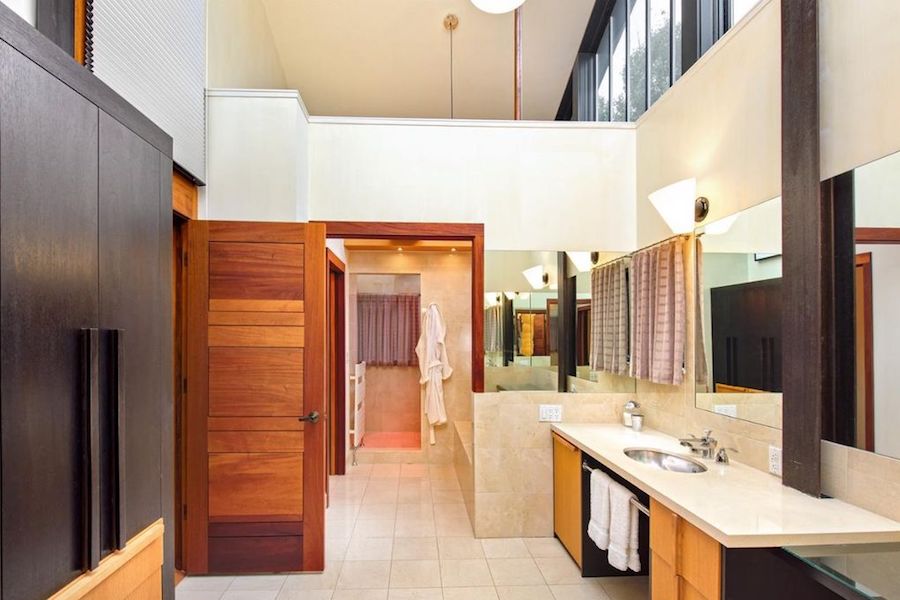 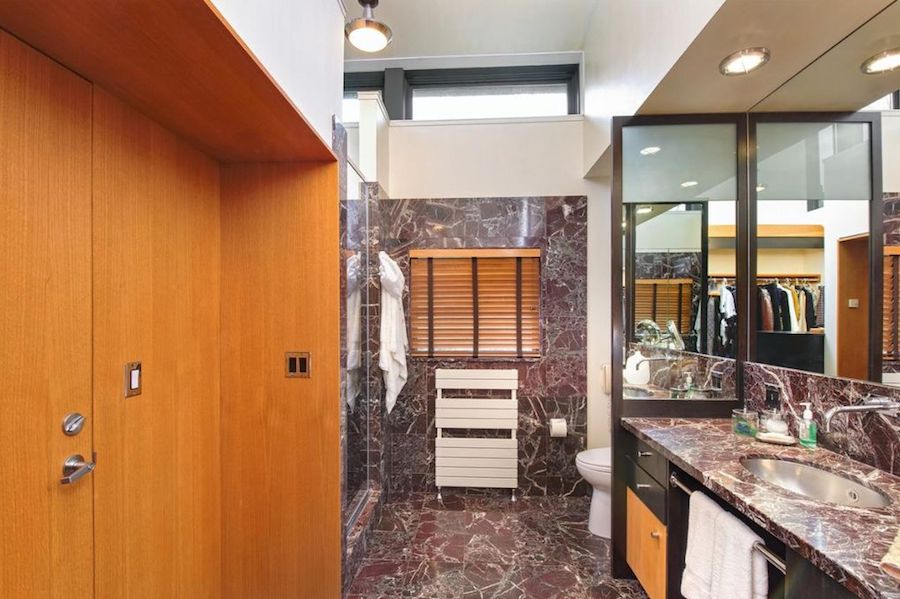 This home has some very luxurious features to boot, none more so than its master suite. In addition to the soaring bedroom with its fireplace and a sitting room that could be used as a second bedroom, it has two bathrooms. Hers features a toilet room with a bidet, a dressing area and two walk-in closets while his has its own dressing area and an exit to an outdoor shower. 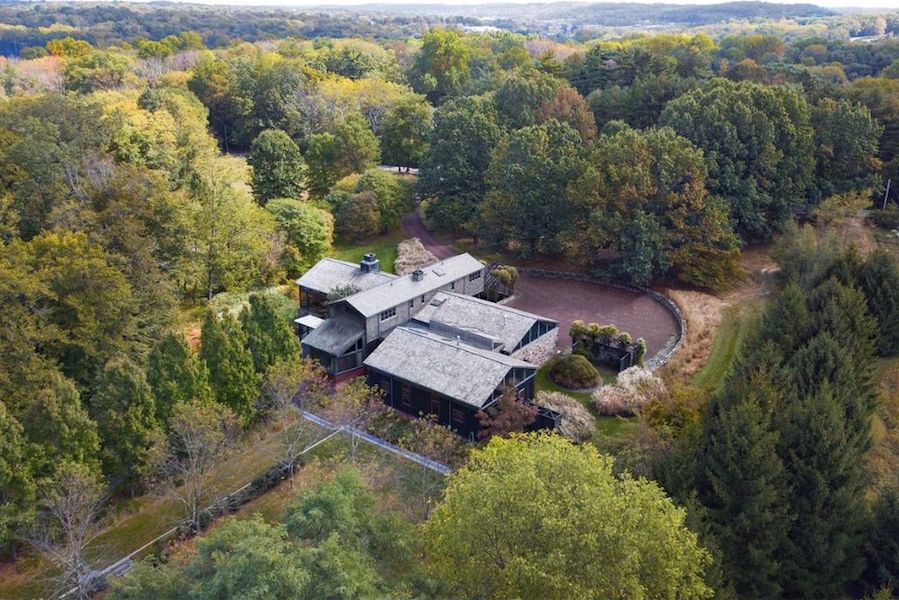 The landscaping around this home would make Olmsted proud, so skillfully does it appear to have been around forever. Of course, that’s by design.

Steel walls separate the home’s tiered backyard from the protected woodlands around it.

Given everything this home has to offer, do you really care what’s close to it? For truth to tell, nothing comes close to it.