These Are The 10 Most Affordable Homes in Washington Square West

Or rather, should we say "this is the 10 most affordable homes in Wash West"? 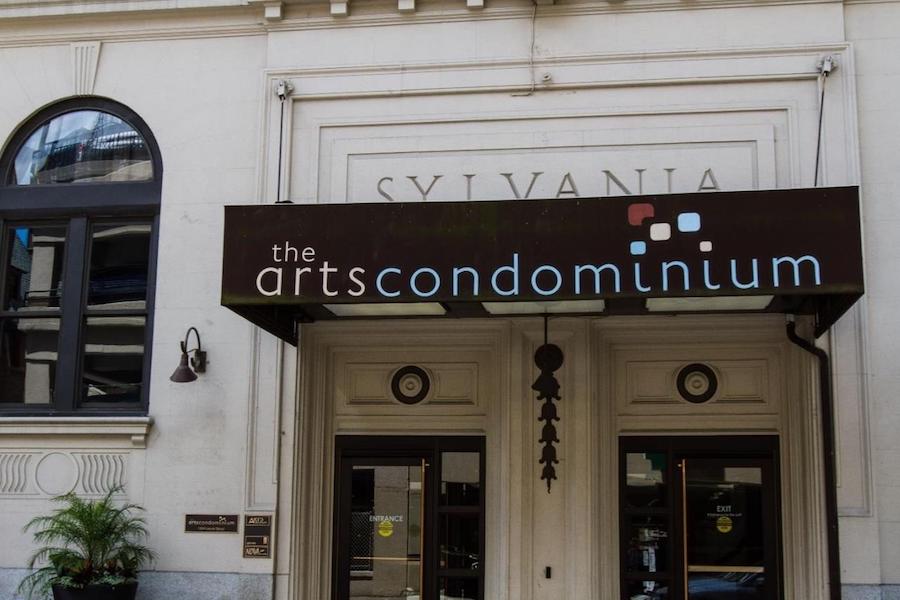 This is the front elevation of all 10 of the most affordable homes in Wash West. | TREND image via BHHS Fox & Roach Realtors

These 10 condominium units NeighborhoodX dug up when it went looking for cheap homes in Washington Square West easily qualify as the 10 cheapest homes they’ve run across since this survey of inexpensive housing in hot neighborhoods began. They’re also the 10 smallest homes we’ve seen since starting this series.

But if you’re looking for a place to call your own, you’d probably want to steer clear of all 10 of these units, unless you plan to stick around a while after graduating from the University of the Arts or Jefferson. That’s because all of them are in one building, a hotel-turned-condo in the 1300 block of Locust Street.

What has remained constant throughout all these decades is the rooms. The condominiums in question were all once hotel rooms, and they remain small — 317 to 388 square feet. Their kitchens barely even qualify as “kitchenettes”: they consist of a few cabinets, a small sink, a two-burner cooktop and a mini-fridge. Click through to the listings, though, and you’ll find that some of the units have been updated or renovated by their owners.

“When we analyze the asking prices using price per square foot, it ranges from $235 to $374 within the same building,” said Constantine Valhouli, director of research for NeighborhoodX. That’s still on the cheap side. 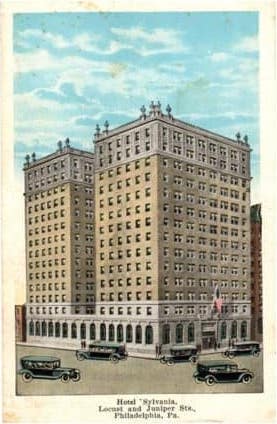 Postcard depicting the Sylvania in the 1920s

All of these condos are being promoted as investment properties, which makes sense, given their Spartan in-unit amenities. They do come with access to a fitness center, community room with Wi-Fi, coin laundry room and bike storage, however, and the former hotel ballroom and theater have been restored as an elegant function facility.

If you have a child who’s planning on attending UArts or Jefferson, you might want to consider buying one of these units as an alternative to dorm living. Or if you’re looking for an investment property that you could rent out to some young adult starting out life on their own in Philly, these all make excellent buys. Their condo fees range between $423 and $426 a month.

If you’re looking for a place to hang your own hat in Wash West, however, you probably want to look elsewhere.