Behind the Boom: The Next Wave of Philly Developers

Philadelphia’s skyline isn’t the only thing changing. Meet nine under-the-radar developers who are remaking our neighborhoods in big ways. 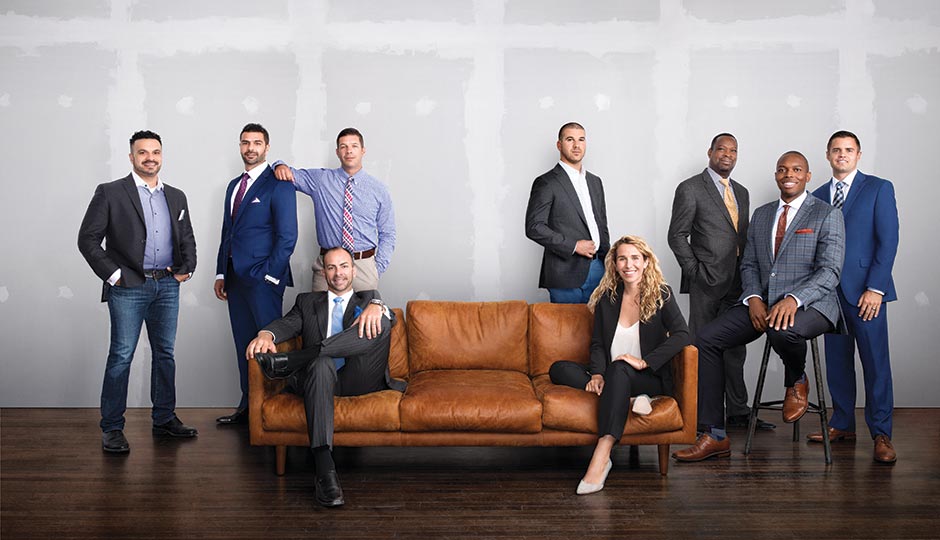 Rahil Raza, founder and CEO, Raza Properties
Backstory: Despite graduating from Temple with a pharmacy degree, Raza, 33, decided to start a development firm in 2009. His focus is well-appointed (but affordable) single-family units in North Philly. He’s done 48 projects to date.
What’s next: Completing 55 units in Sharswood and North Francisville that will hit the market under $400,000.

Mo Rushdy and Lawrence McKnight, co-owners, RiverWards Group
Mission: Those new townhome communities you’ve whizzed by in NoLibs and Kensington? Chances are Rushdy, 37, and McKnight, 40, built them. (They’ve done 202 units so far.) But don’t judge: Many are “workforce housing” — homes priced for middle-income citizens.
What’s next: A 32-unit project in Francisville, where each residence will have a $229,990 price cap.

Vince Viney, president and founder, V2 Properties
Backstory: Viney, 46, started building houses down the Shore in 2004, but when his daughter moved to Point Breeze in 2008, he saw massive opportunity in the city. Today he constructs about 10 single-family rowhomes each month — generally costing between $275,000 and $400,000.
What’s next: Expanding “Vineyville” — his stronghold in South Philly —and growing his footprint in Brewerytown.

Jared Pontz, managing partner, Elfant Pontz Properties and Direct Mortgage Loan Company
Backstory: In 1964, there was Martin Elfant Inc. In 2016, the company was renamed Elfant Pontz, seven years after Pontz, 37, became a partner. He still focuses on managing NW Philly properties and finance — by bankrolling other builders — but he’s also added a development arm.
What’s next: A 29-unit new-construction apartment complex set to open in Manayunk in the spring.

Lindsey Scannapieco, managing director, Scout
Backstory: She started out creating pop-ups in London, but on a trip to Philly in 2014, Scannapieco, 31, had an opportunity to buy a former school in South Philly, and an accidental developer was born. (Well, sort of: Her dad, Tom, did build the city’s two poshest condo towers.)
What’s next: Continuing to turn the Bok building into a center for small businesses, nonprofits, artists, neighbors (there’s a bakery, a day care and a boxing gym) and fun: The rooftop bar is a seasonal sensation.

Anthony Fullard, Rodney Ross and James Robertson, principals, AJR Endeavors
Mission: By working with the Philadelphia Redevelopment Authority, Fullard, 54, Ross, 27, and Robertson, 32, hope to bring new market-rate construction projects to neglected Philly neighborhoods.
What’s next: AJR is waiting on the all-clear from the PRA to restore 36 housing units between the 6200 blocks of Osage Avenue and Pine Street — a.k.a. the site of the 1985 MOVE bombing.

Published as “Behind the Boom” in the October 2017 issue of Philadelphia magazine.