The organization devoted to preserving modernism for the future recognized K. Yoder Design's work on the Smith residence in Gladwyne. 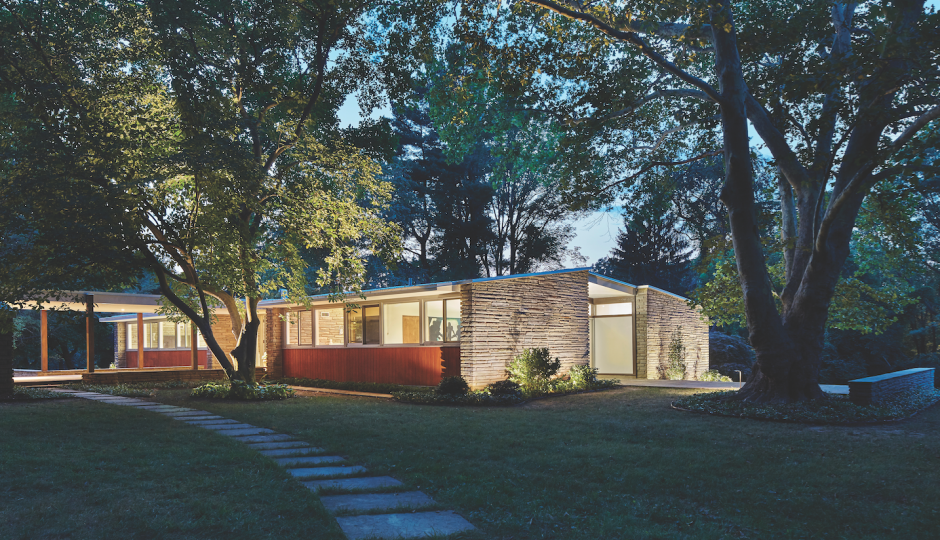 K Yoder Design’s restoration of a midcentury modern home in Gladwyne designed by Vincent Kling received a 2017 Citation of Merit from Docomomo US. | Photo: Jeffrey Totaro

Docomomo US, the American branch of the worldwide organization devoted to the “documentation and conservation of the buildings, sites and neighborhoods of the modern movement,” has bestowed one of its highest honors on a sensitive restoration of one of the few residential projects of Philadelphia School giant Vincent Kling.

K Yoder Design’s restoration of Kling’s Smith Residence in Gladwyne received a Citation of Merit in this year’s Docomomo Modernism in America Awards, one of four such projects so honored nationwide.

Completed in 1960, the Smith residence received a complete restoration to its original condition in 2016 when a Society Hill neighbor of K Yoder Design founder and principal Kevin Yoder approached him about buying and restoring the house. The restoration also replaced deteriorated building systems and updated its fixtures, fittings and appliances to 21st-century standards.

In its citation, the awards jury said, “The project highlights an important and lesser-known dimension to Kling’s professional career. The project is sensitively realized and its inclusion in a well-needed future monograph dealing with Kling’s work underscores the importance of this work in discussions of midcentury modernism and domestic space in Pennsylvania.”

One of the most prominent members of the Philadelphia School, Kling (1916-2013) left his mark on the cityscape through his work with master city planner Edmund Bacon and such distinctive structures as the Bell Atlantic Tower (1993), now called Three Logan Square.

Founded in 1995, Docomomo US is the American chapter of Docomomo International, a worldwide nonprofit organization founded in the Netherlands in 1988 and devoted to preserving modern architecture and design.