Habitat: Reviving the Spirit of Vincent Kling on the Main Line Perhaps no man besides Ed Bacon left a more lasting physical impression on Center City’s built environment than architect Vincent Kling. His projects, which include Love Park, Centre Square and Penn Square, were often massive in scale, yet few know that he designed a handful of striking modernist homes in the middle of the 1950s.

One such home, located on a sylvan L-shaped lot in Gladwyne, was in desperate need of revival when a Society Hill neighbor approached architect Kevin Yoder, founder of K Yoder Design. The neighbor was on the fence about moving to the ’burbs and asked Yoder if it was worth the sizable investment to purchase the cruciform home and restore it to its former glory.

“When my neighbor found this house,” recalls Yoder, “he contacted me immediately and said, ‘Let’s check out this place together. I’m not doing it unless you do it with me,’ which was quite an honor.”

Once Yoder saw that the home came with the original hand-drawn plans from the legendary architect, he knew this was going to be a special project. “It had great bones, and Kling’s original plan couldn’t be more pure or exciting from an architectural standpoint,” says Yoder. “That’s why I said this is definitely a project that’s worth the effort.”

No expense was spared (as evidenced by the white marble chip ballasted roof) as Yoder implemented a refined plan that preserved Kling’s high mid-century design and made it comfortable for 21st-century living. 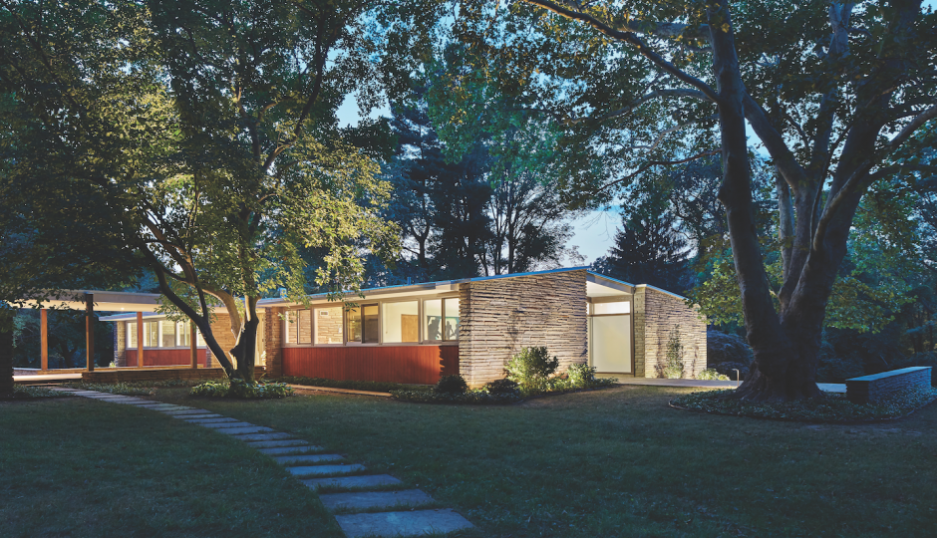 K Yoder Design's restoration of a midcentury modern home designed by Vincent Kling received a 2017 Citation of Merit from Docomomo US. 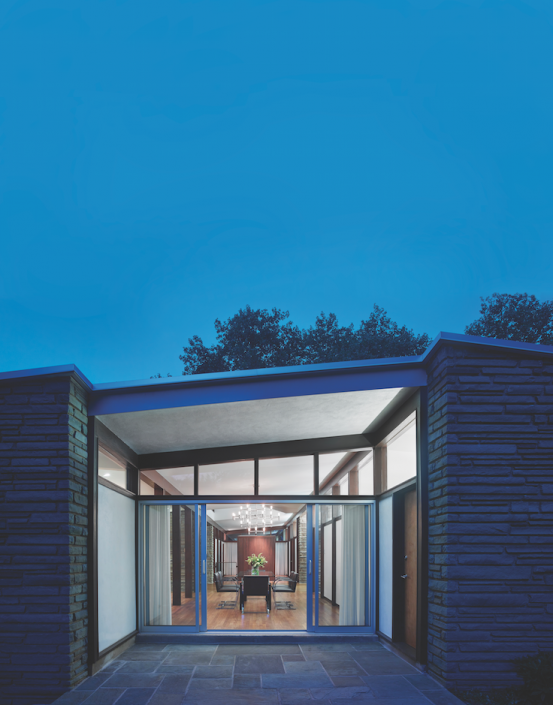 The home features multiple flagstone terraces that blur the lines between its interior spaces and landscaped outdoor rooms. 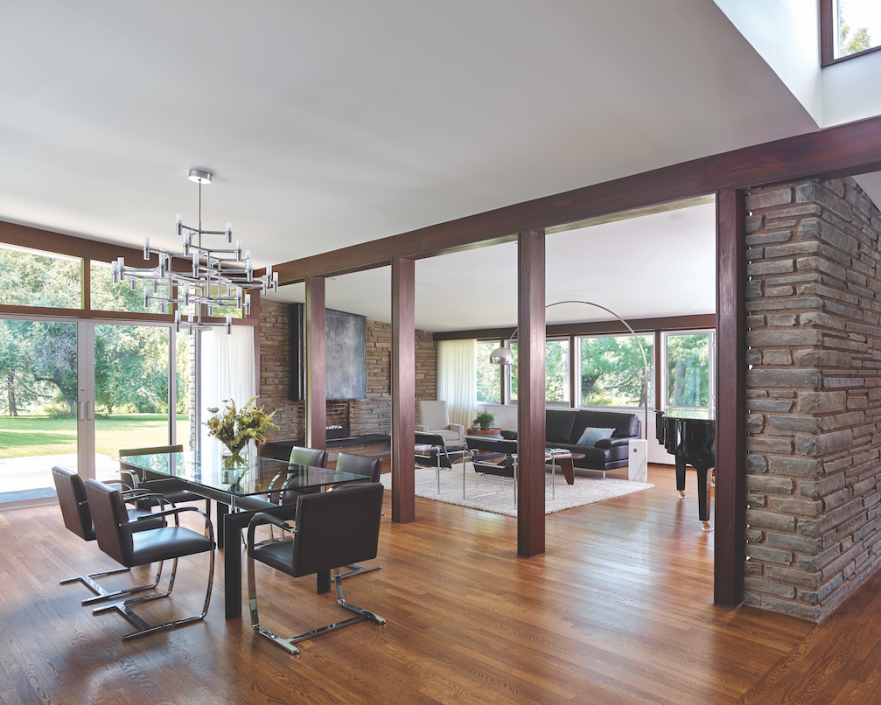 The interplay between materials enhances the openness of each space. The original white oak floors were stripped down and restained, and the pristine stone walls were polished to make a statement. Brno chairs by Knoll. The living room features Wassily chairs by Knoll and an Arco floor lamp with marble base. 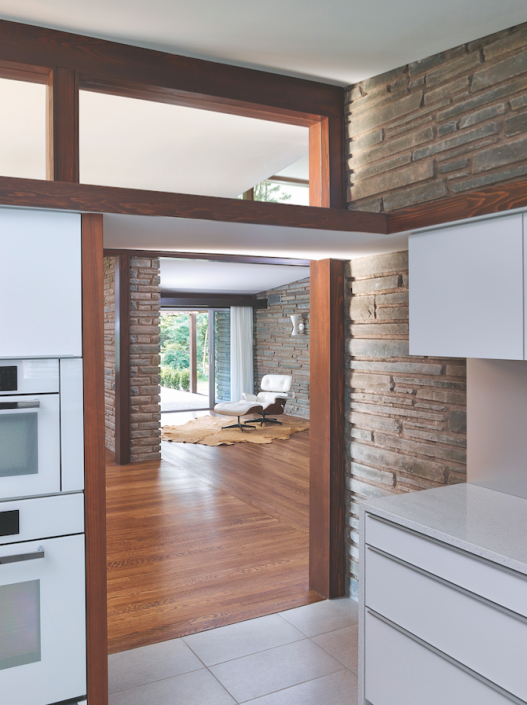 Rooms seamlessly “borrow” space from each other via careful placement of clerestory windows, which provide soft indirect light, and dramatic expanses that look through multiple areas. Original conical wall sconces were restored. Chair: Eames lounge and ottoman in white leather. 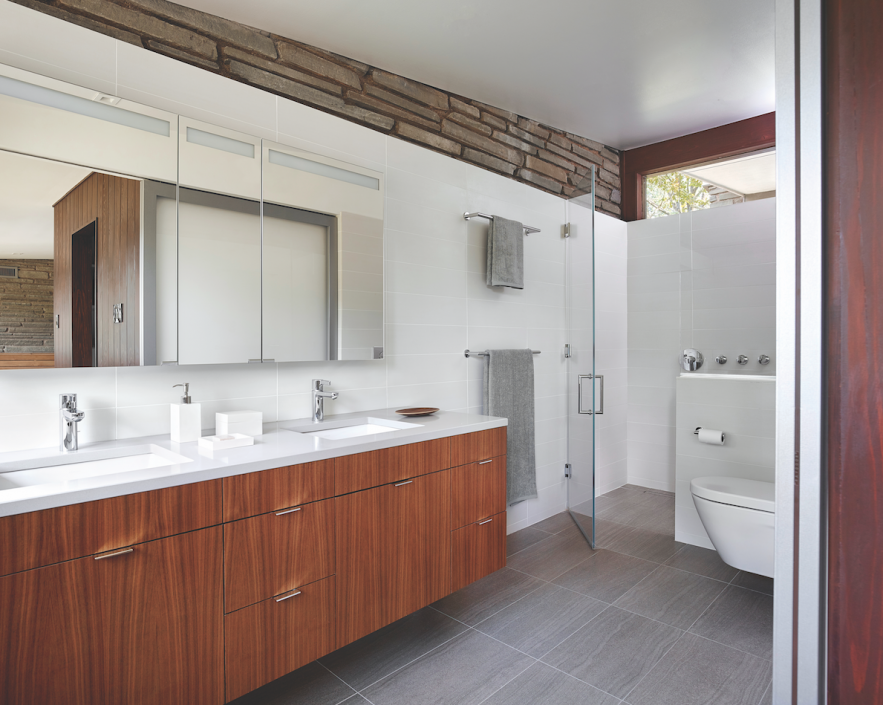 While it remains within the footprint of Kling’s plan, the master bath was reconfigured to include an expanded curbless shower and dual vanity and toilet. The ceiling caps the familiar stone wall and angles up to reveal another window. 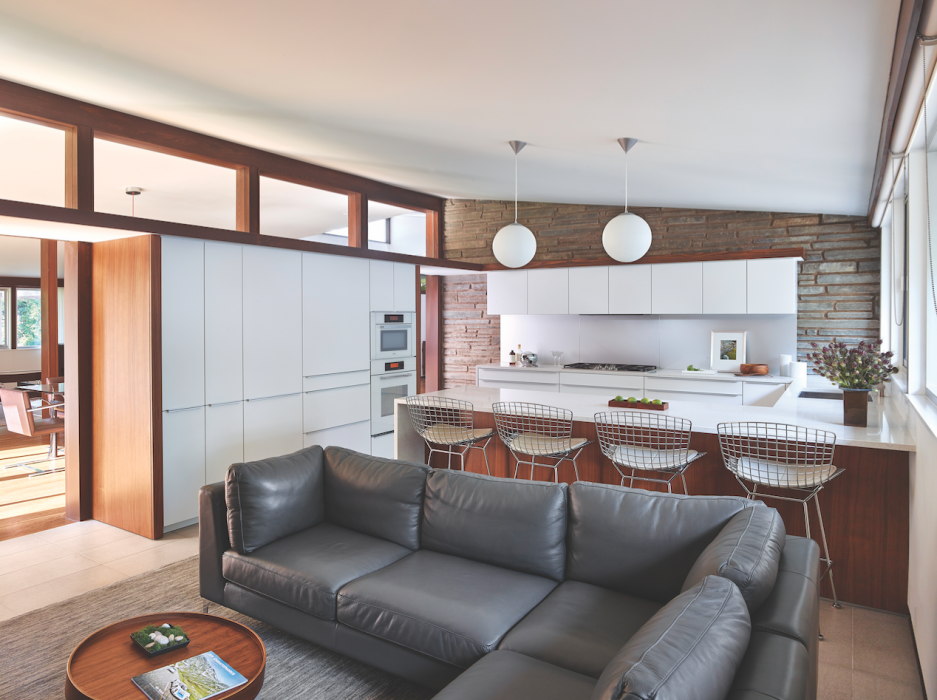 Yoder says the new U-shaped kitchen by Poggenpohl is “nearly identical” to Kling’s original plans, but updated to include integrated appliances, recessed downlighting, and a new bar where a half-wall once stood. Chairs: Bertoia barstool by Knoll.

This article originally appeared as “Maker’s Mark” in the January issue of Philadelphia magazine.