The Waterside community project may have paved the way for Bensalem’s latest mixed-use project. | Waterside, courtesy of Katalinas Communications

Behold the latest riverfront conversion project to hit the Delaware River waterfront: River Renaissance in New Bensalem. (And no, that’s not it in the picture, but close! Keep reading.) As we told you in last week’s preview of the Bucks County development, River Renaissance is slated to be a 675-acre mixed-use community with several amenities that have now been shared in a little more detail by the project’s authors.

They are as follows:

In addition to these residential amenities, River Renaissance will have a Regional Technology and Manufacturing Center with small- to medium-sized enterprises and advanced manufacturing facilities. This component was developed as a way to promote economic growth and increased employment in the area.

Born out of a collaboration between Bensalem Township Council, Bensalem Mayor Joe DiGirolamo, and the Bensalem Economic Development Corporation, River Renaissance in New Bensalem is the first of its kind in Bucks County. Moreover, the district will not only bring with it the aforementioned features, but also improvements to SEPTA’s Cornwells Heights and Eddington Stations, which bookend the site.

“It is real and it is underway,” said Mignatti Companies Managing Partner Steve McKenna during a Friday press conference regarding the development. McKenna, the developer behind the similar and nearby Waterside community project (where the River Renaissance announcement was made by the way), was then applauded by State Rep. Gene DiGirolamo for having the “courage to come and invest in this site,” according to a press release. Officials also noted their hopes that the success of Waterside would spur on future riverfront investment and rejuvenation.

“Everything envisioned for this riverfront area will be in the form of an overlay, which means it is optional, [Bensalem Township Director of Building and Planning Matt Takita] said. Property owners’ existing zoning will not change. Landowners will instead have more choices.”

Below, galleries of River Renaissance informational display boards and the Waterside community. The latter, the Inquirer reports, will “eventually include 600 homes along with shops, offices, and restaurants.” 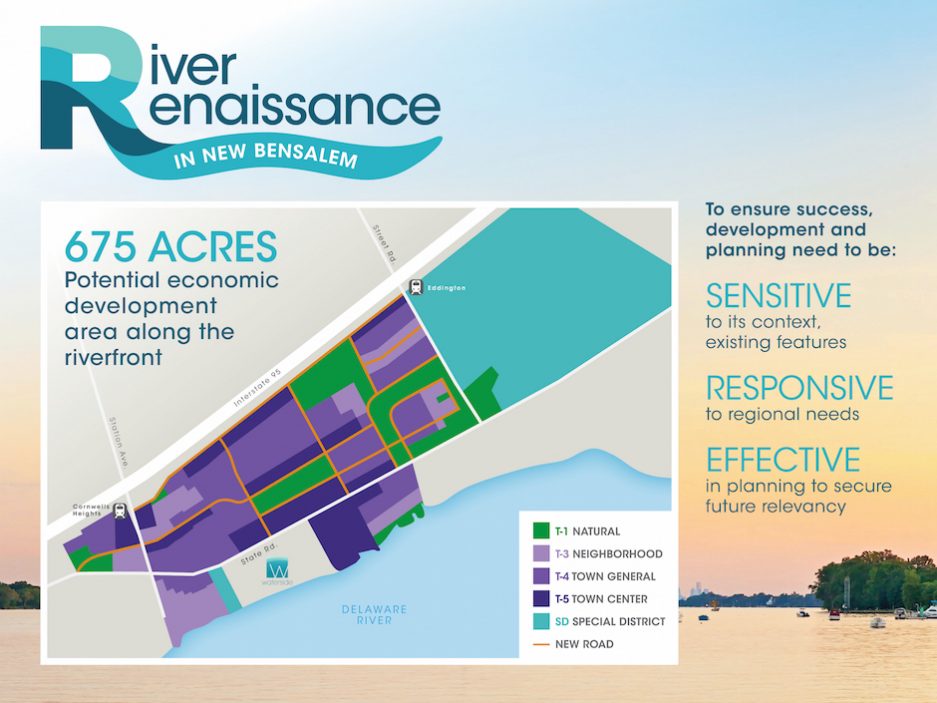 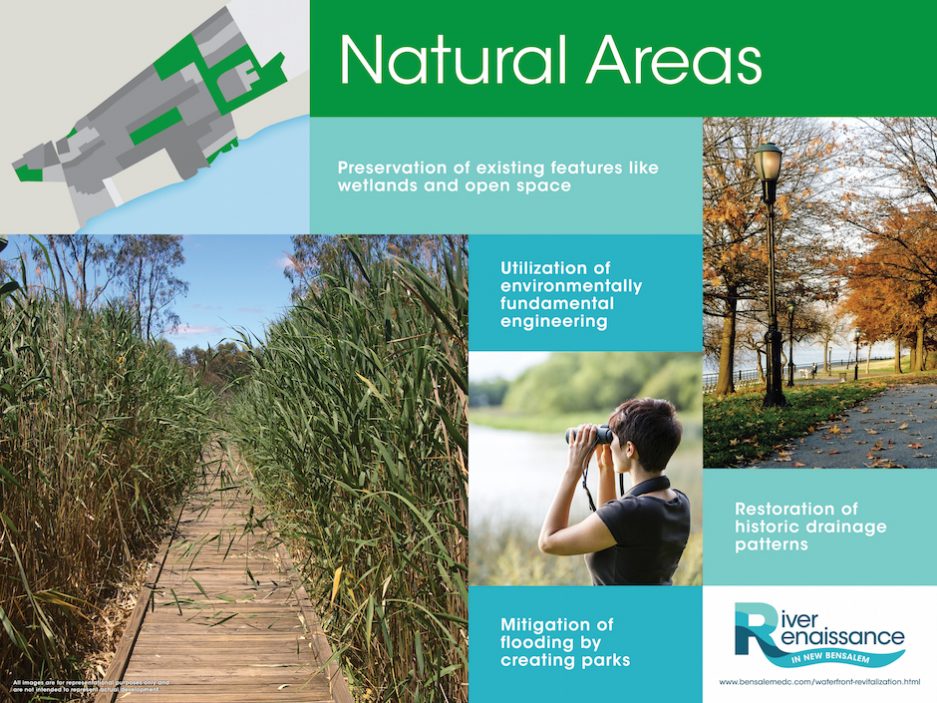 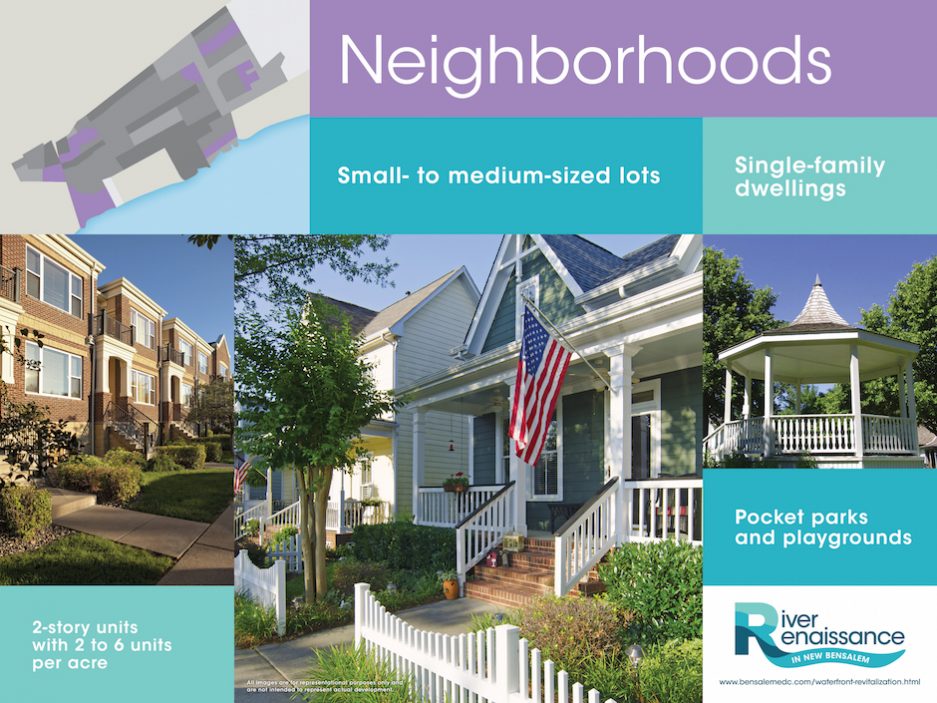 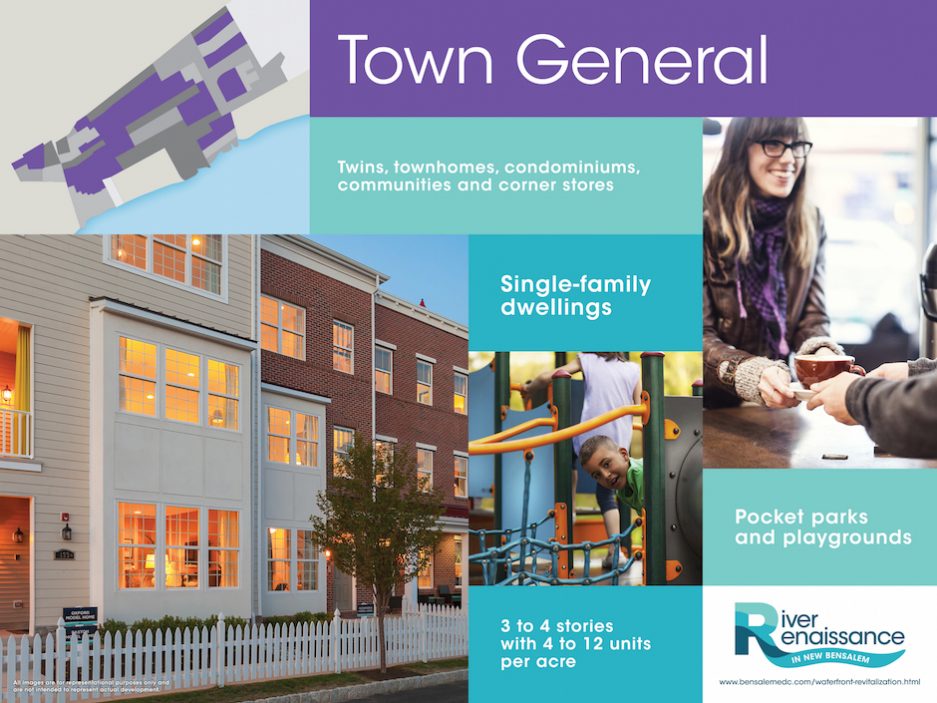 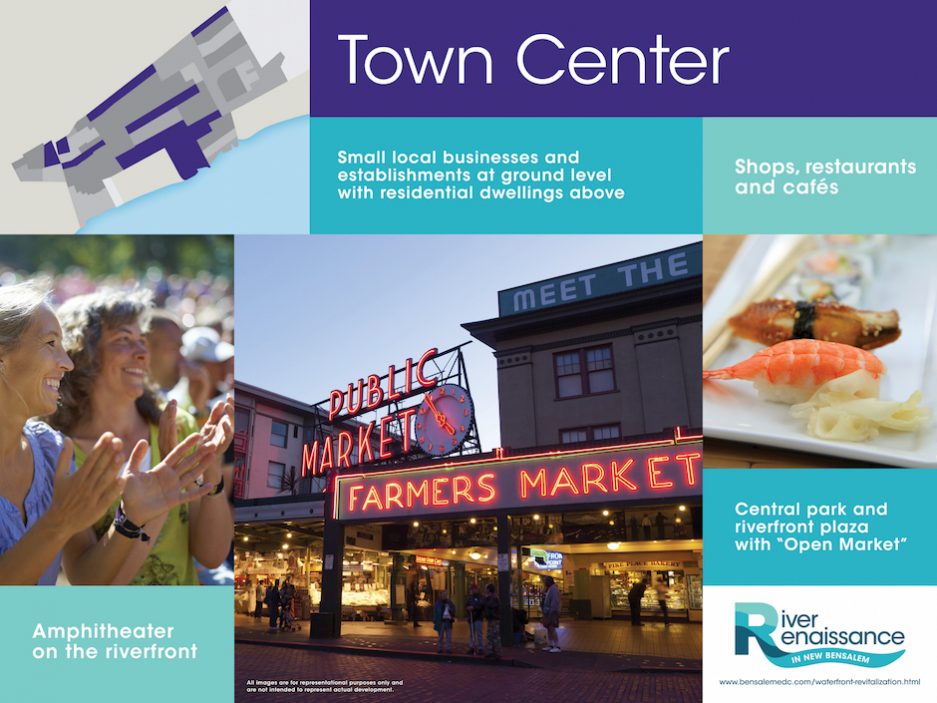 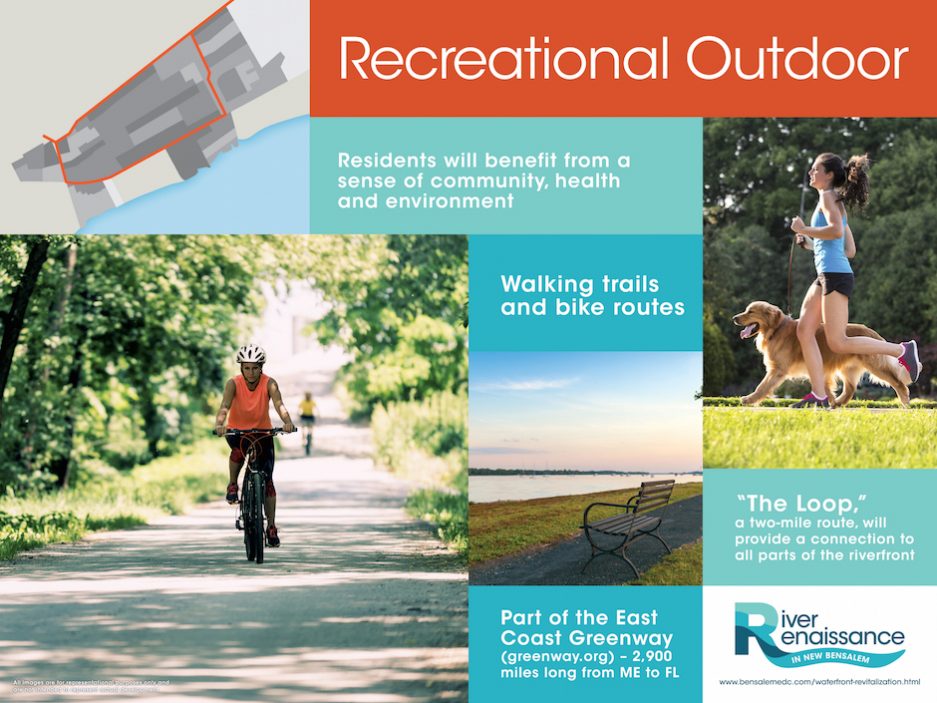 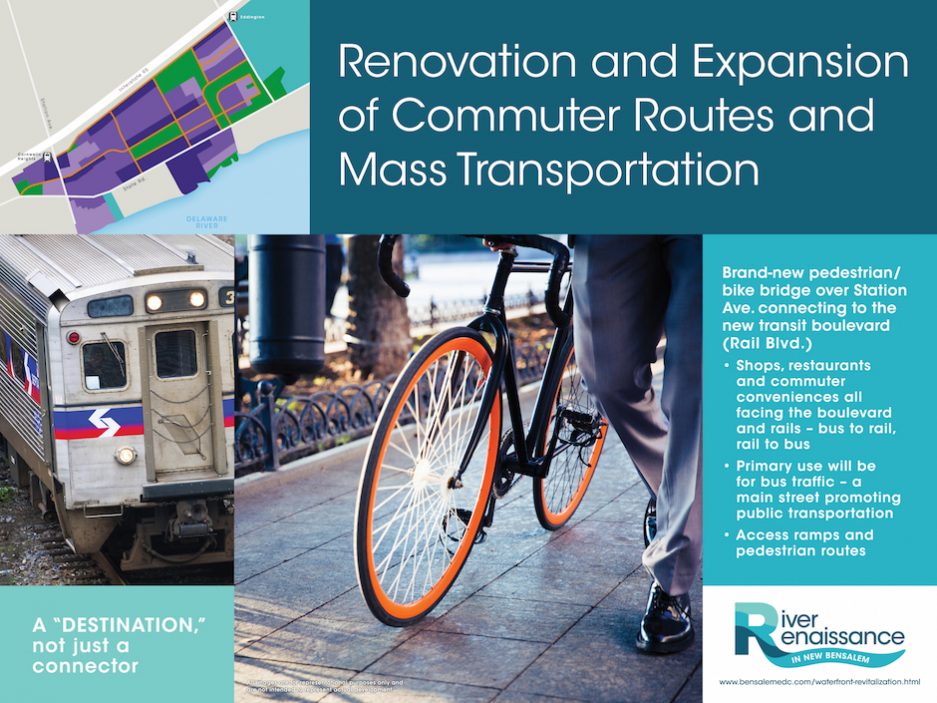 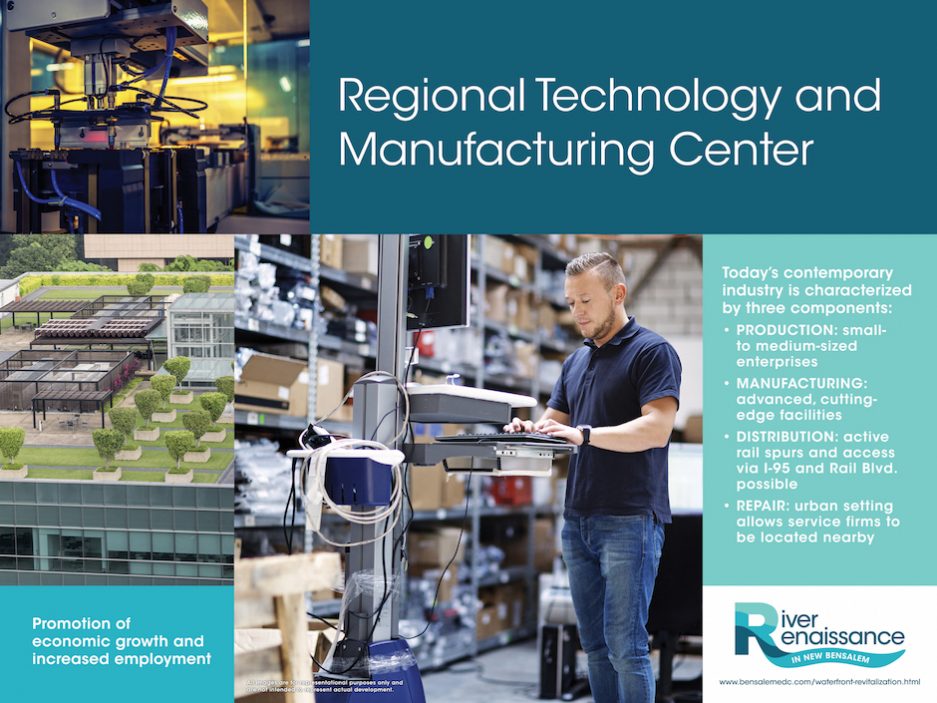 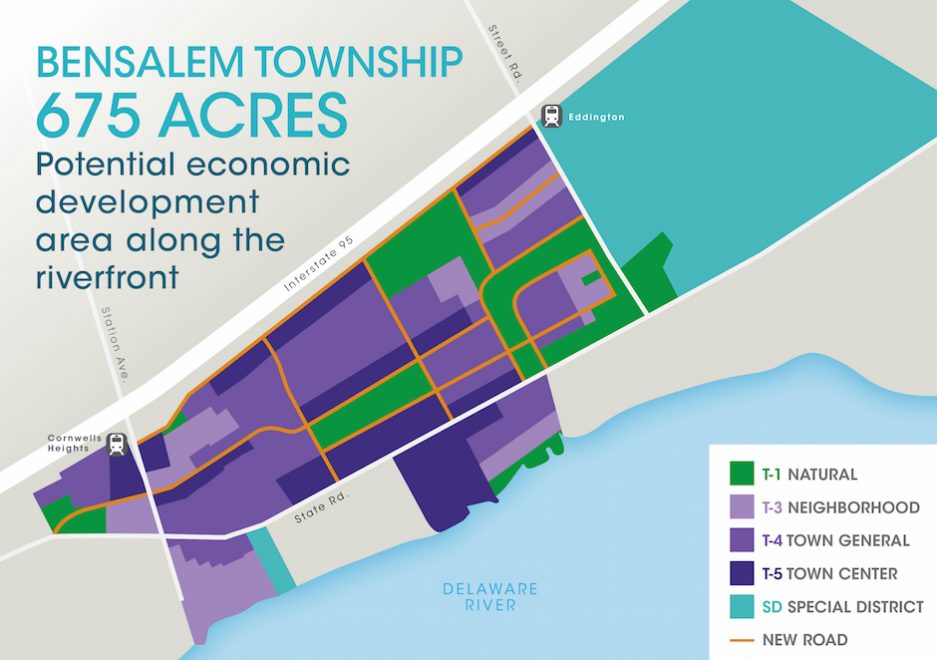 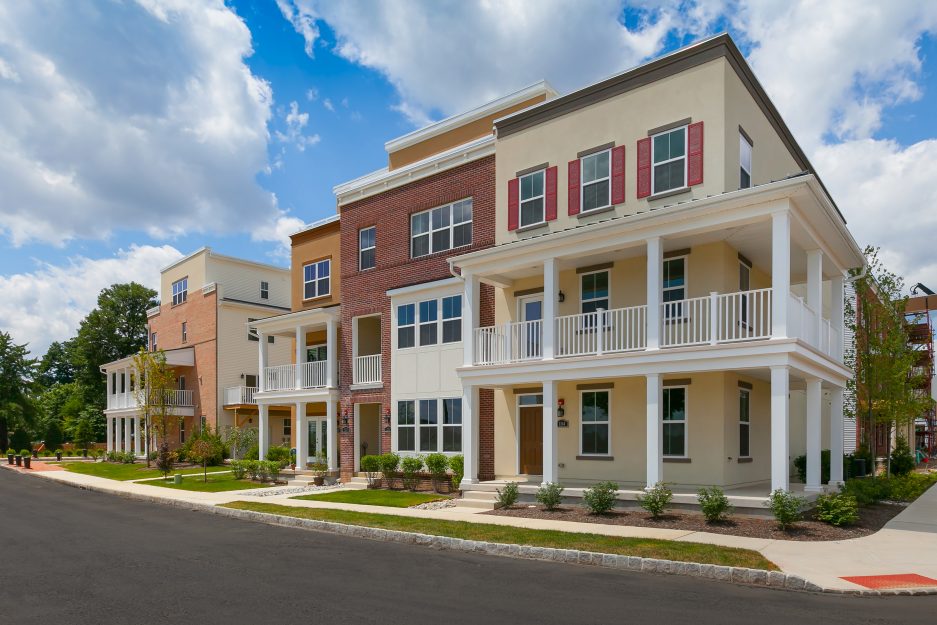 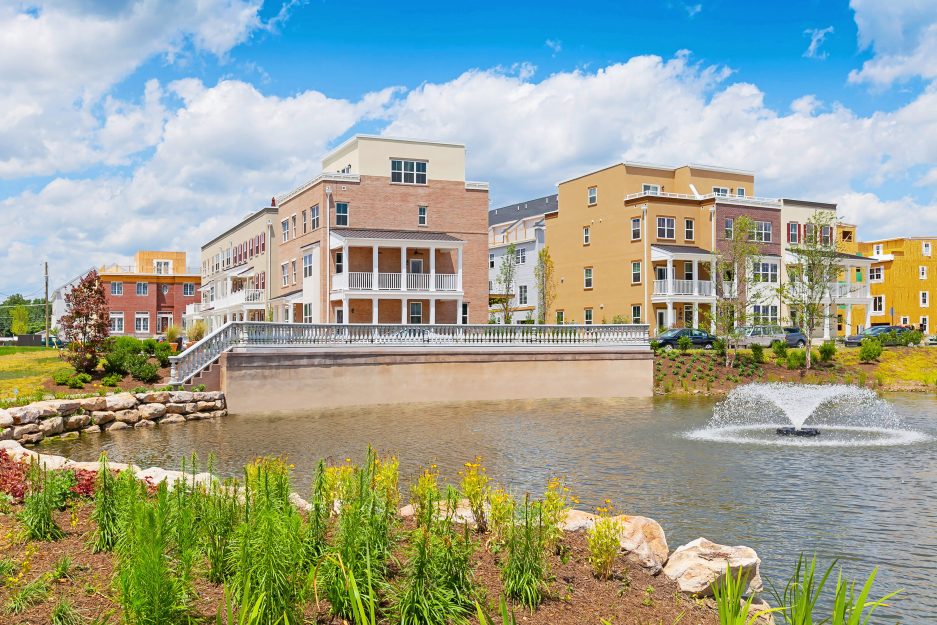 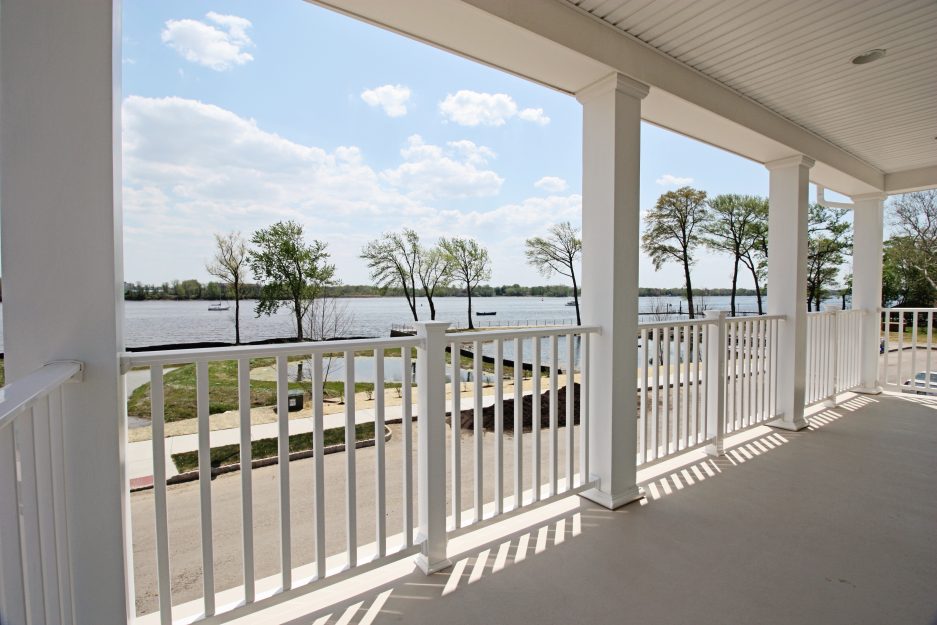 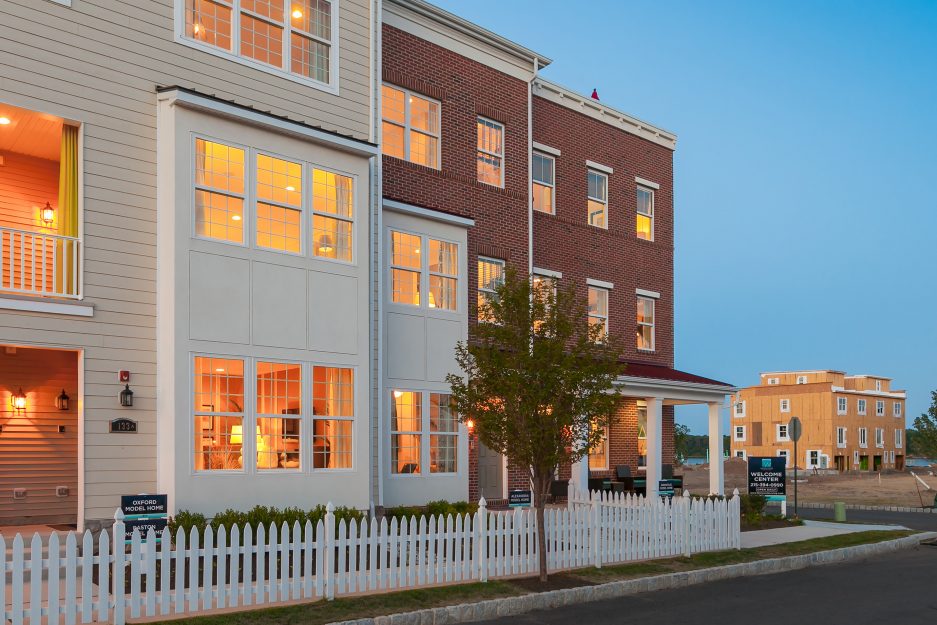 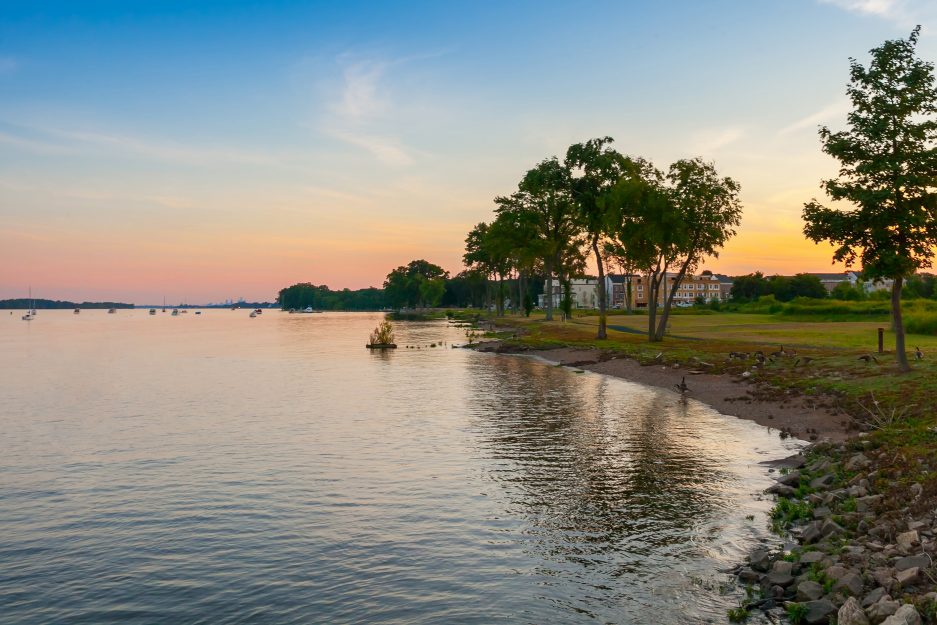 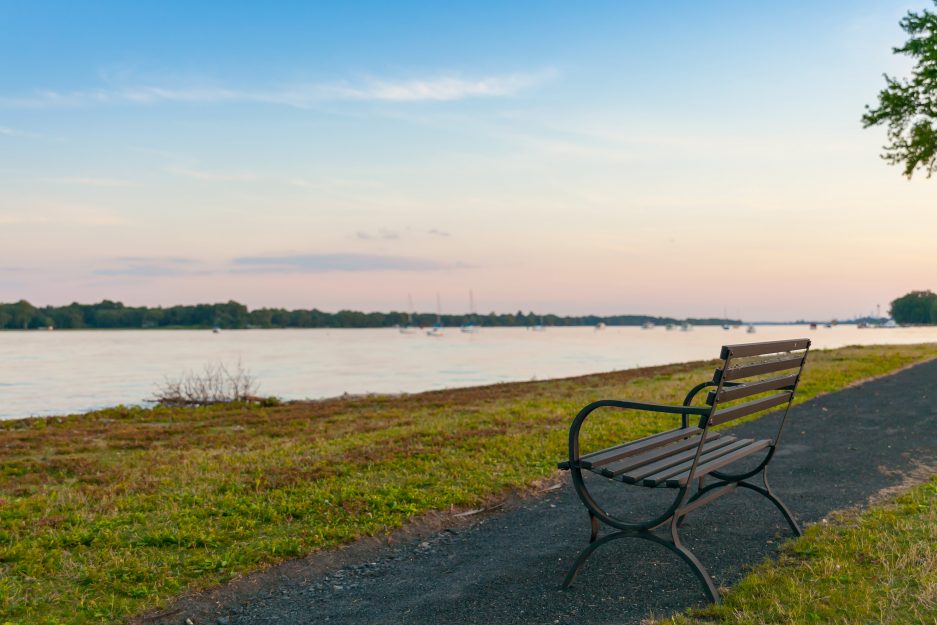