Renderings: Plans For Lot Across From Pat’s King of Steaks

Meeting moderator: "I please request that you do not scream." “We won’t proceed without neighborhood support,” said developer Paul Mirabello last time his plans for 827-29 Wharton Street made headlines. Indeed, even if we might have wished to take that back in light of Tuesday’s heated neighborhood meeting, Paul and his team are happy area residents care enough to be involved in the project. “We’re always willing to work with immediate neighbors on any other changes,” Brett Feldman, Mirabello’s attorney, tells us.

And changes there have been, among them the fact that earlier plans had called for twenty-one residential units, a number now down to eighteen. Three floors would be along Wharton, while the 9th Street side would have four floors, matching up in height with the commercial property next door. As for the ground level retail in Mirabello’s proposed mixed-use building, the 6,700-square-foot space would have entrances along 9th and allow for up to five tenants.

That is, of course, if the currently single-family zoned space gets commercial zoning. Mirabello is hoping to have the ball rolling on that change after a hearing with the zoning board in the next month or two.

As for neighbors’ feelings about his project? Here’s how the Inquirer’s Maria Panaritis described the meeting from earlier this week:

To make their point, scores of residents piled into the basement of a nearby church Tuesday night, democratically venting what could charitably be described as disgust as they heard from the people vying to win approvals for proposed projects.

“I please request that you do not scream,” Jesse Fuchs-Simon, zoning committee member and moderator of the Passyunk Square Civic Association meeting, implored as the meeting raged for nearly three hours.

To be fair the meeting involved taking a look at more than one project, not just Mirabello’s. With regards to his plans though, parking–a harder to come by feature in the growing neighborhood–was decried as the main issue. However, the problem with including assigned car spaces for future residents at the development is that it would either require either a parking garage (ew, eyesore) or designated spots along Wharton, which as Feldman points out, “would disrupt Wharton Street.”

So it goes. We’ll see what happens in weeks to come.

Oh, and Panaritis adds that Frank Olivieri, owner of Pat’s King of Steaks, has also been vocal about his lack of support for the project: “If the neighbors don’t want it,” Olivieri said, “I don’t want it.”

Below, renderings of Mirabello’s project across (east of) Pat’s King of Steaks. 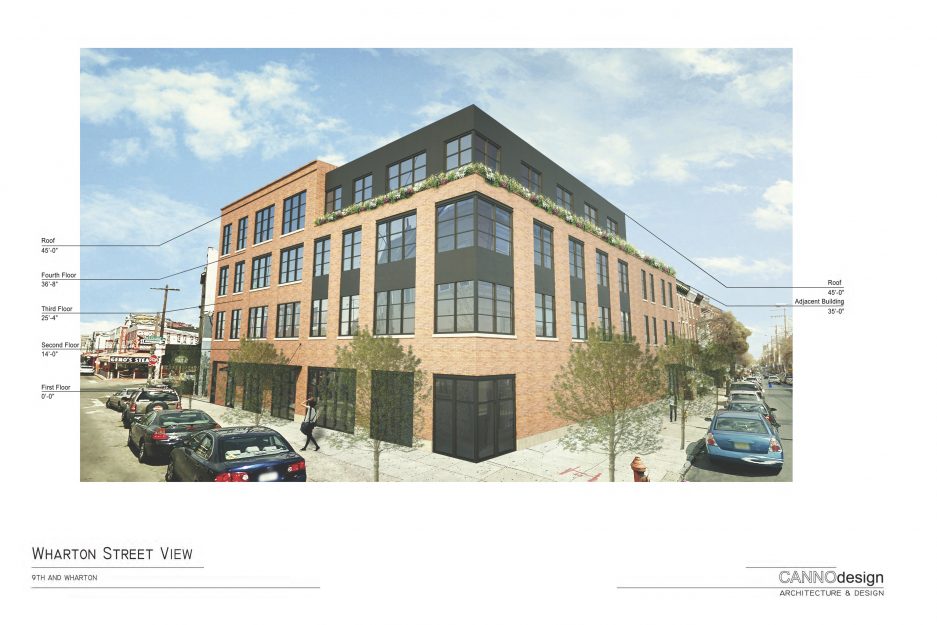 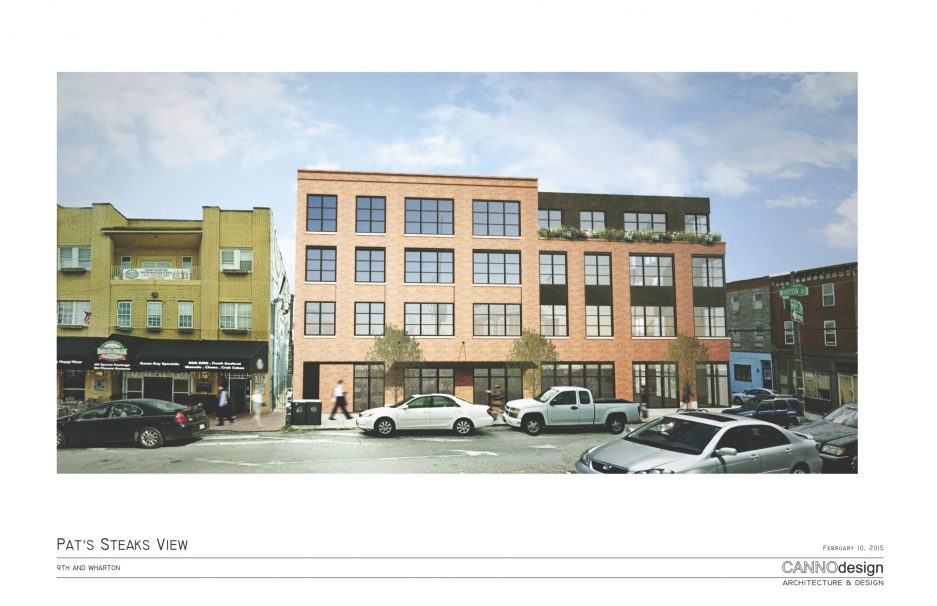 The planned building as seen from Pat's King of Steaks. 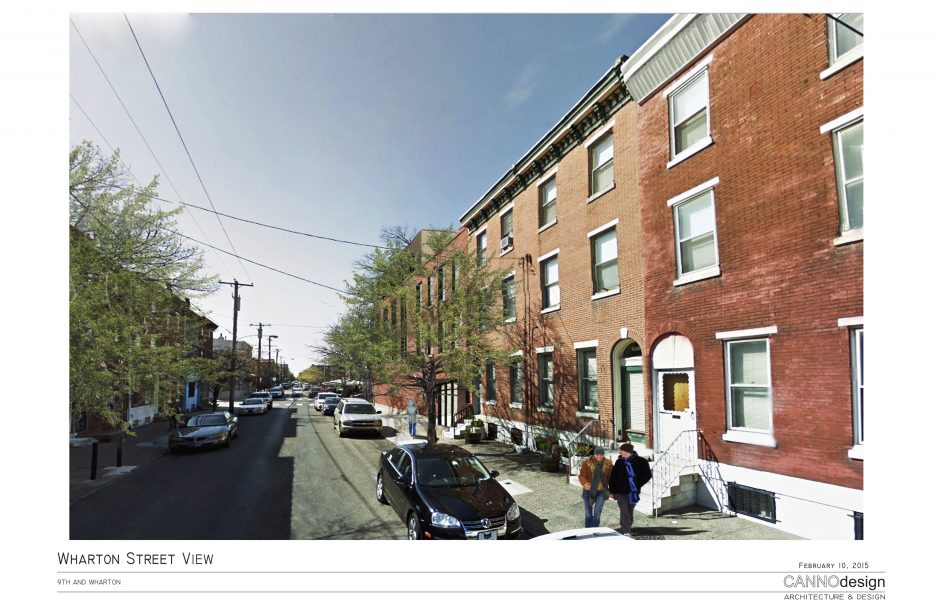 In South Phila., a fight over plans and parking [Inquirer]