Jamie used a trail of poems. Stephanie filled a loft with flowers. 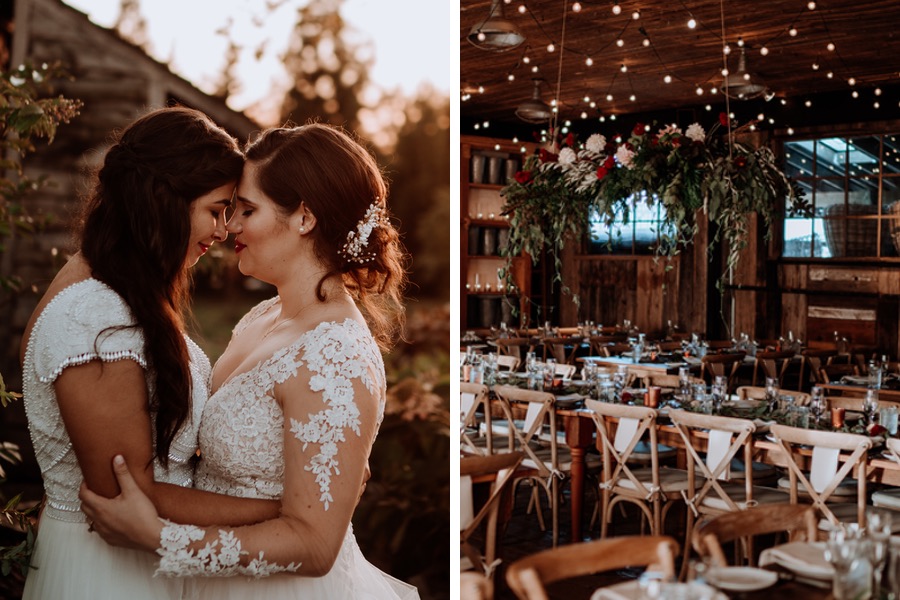 Photography by With Love and Embers

Whenever we talk about Terrain, words such as “beautiful,” “stunning,” “gorgeous,” etc., are pretty much always involved. And you can’t blame us, because both the Glen Mills and Devon locations are equal parts sophisticated and charming. Photographed by With Love and Embers, this Terrain at Styers wedding is no different. Described by the brides as a “moody, botanical” celebration, the event featured plenty of florals and greenery in addition to delicate, romantic details. 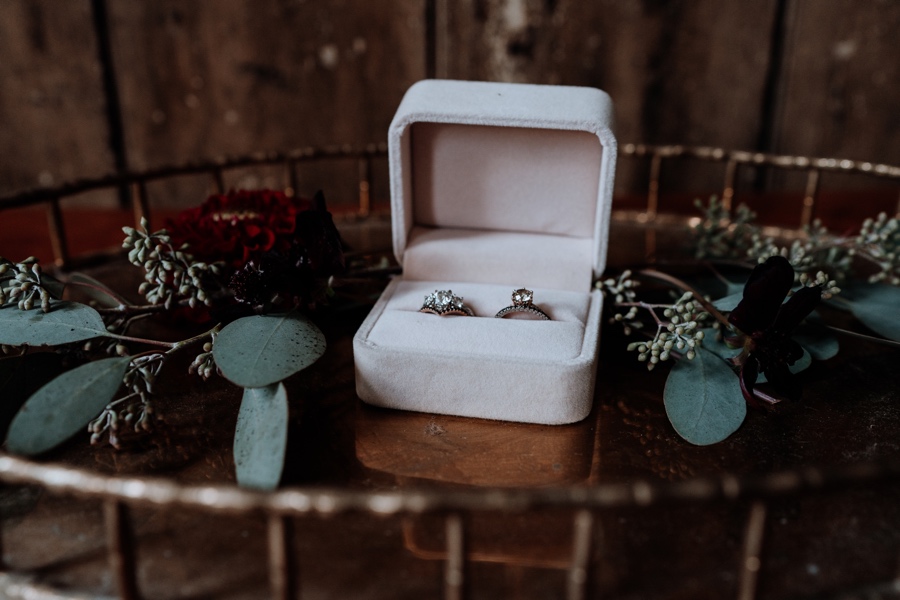 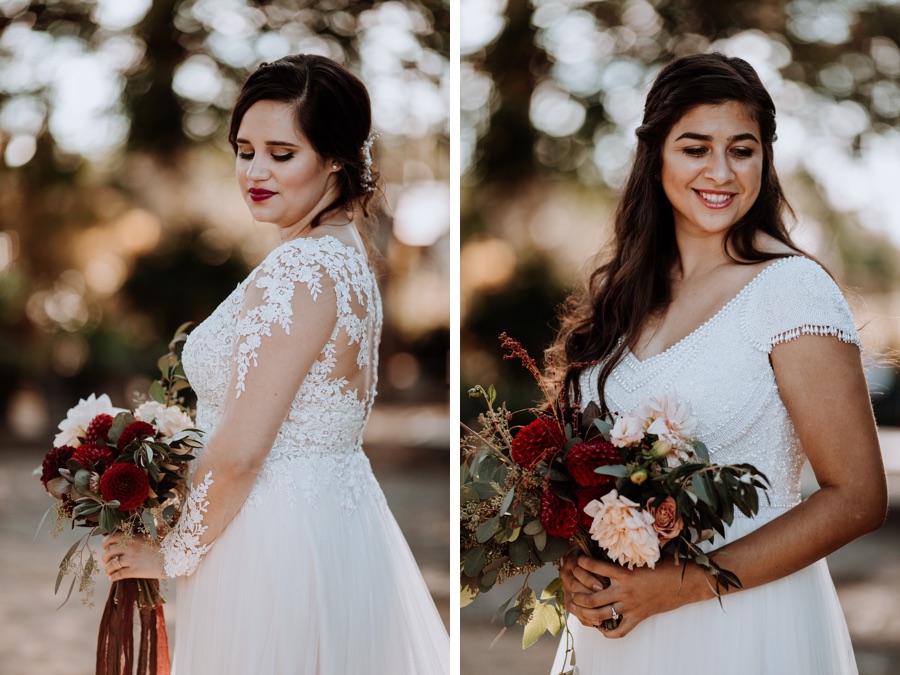 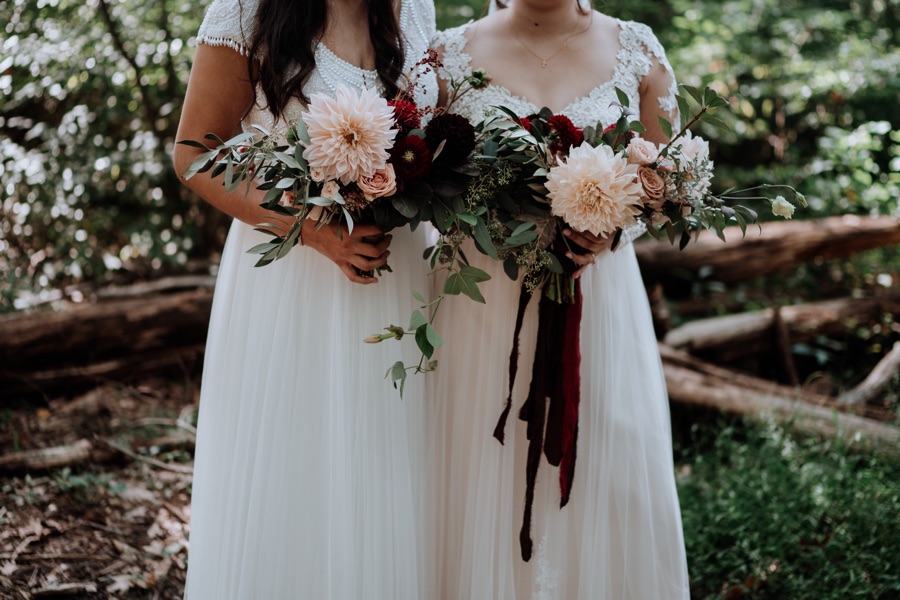 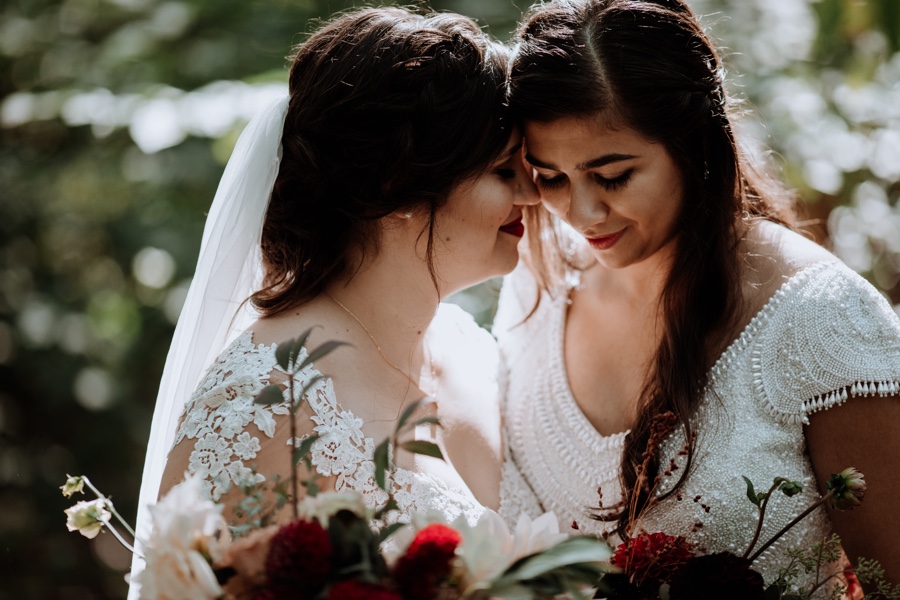 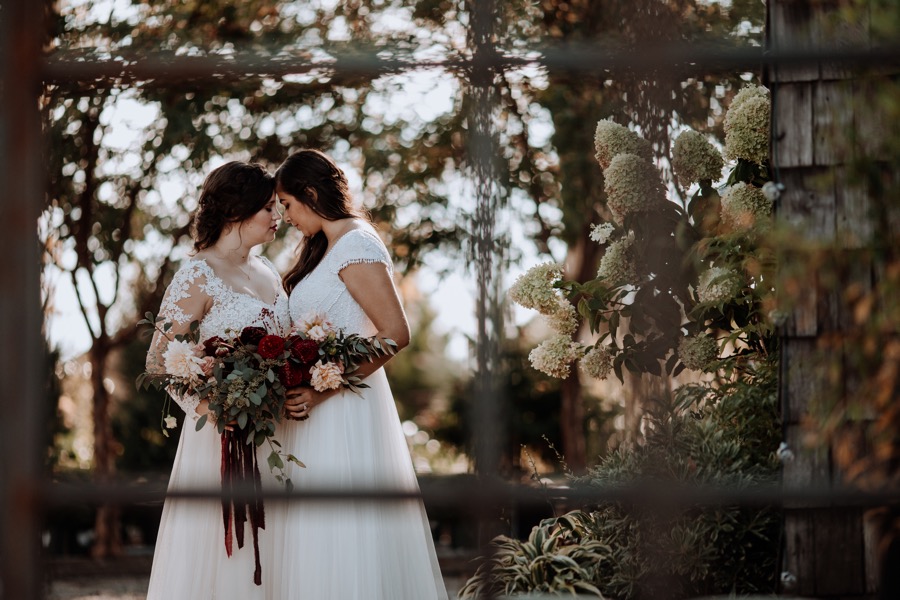 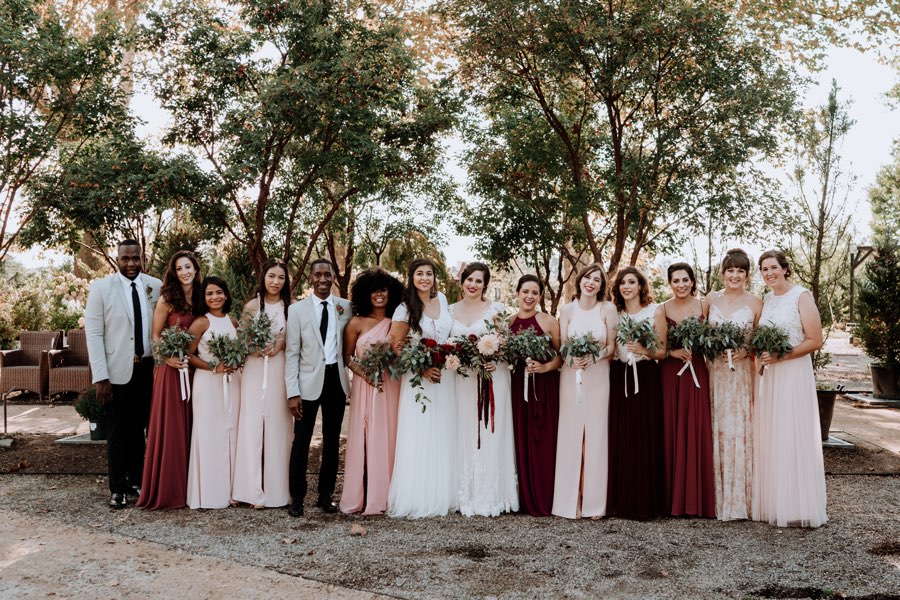 Stephanie Santiago and Jamie Tkach both swiped right on Tinder, sparking a romance that may not have happened otherwise. “Stephanie and I come from very different social circles, backgrounds and hometowns,” Jamie says. “We don’t think we would have ever met without the help of the internet.”

Jamie messaged Stephanie first, and it took a week — “an eternity in online dating,” according to Jamie — for her to get a response. But when Stephanie did respond, she asked Jamie on a dinner date right off the bat. 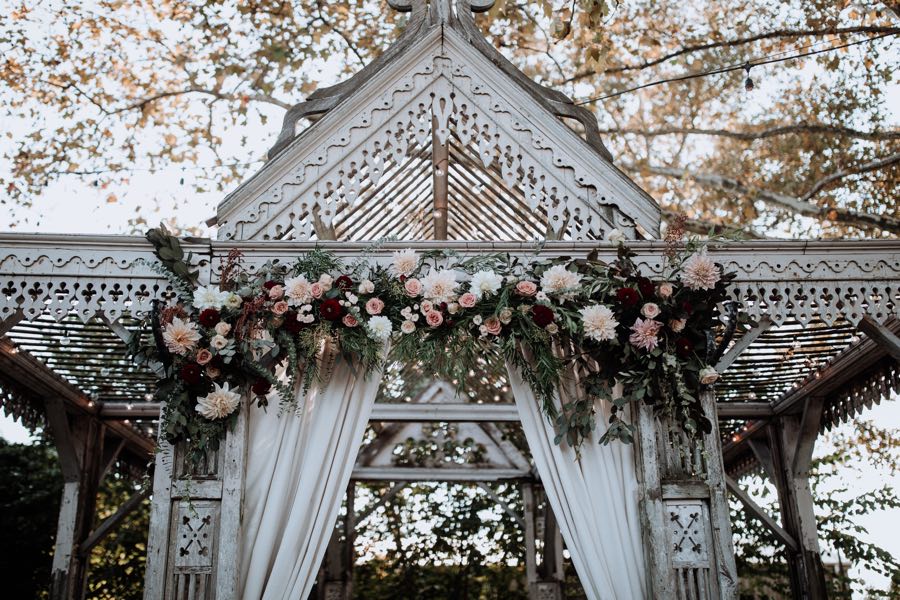 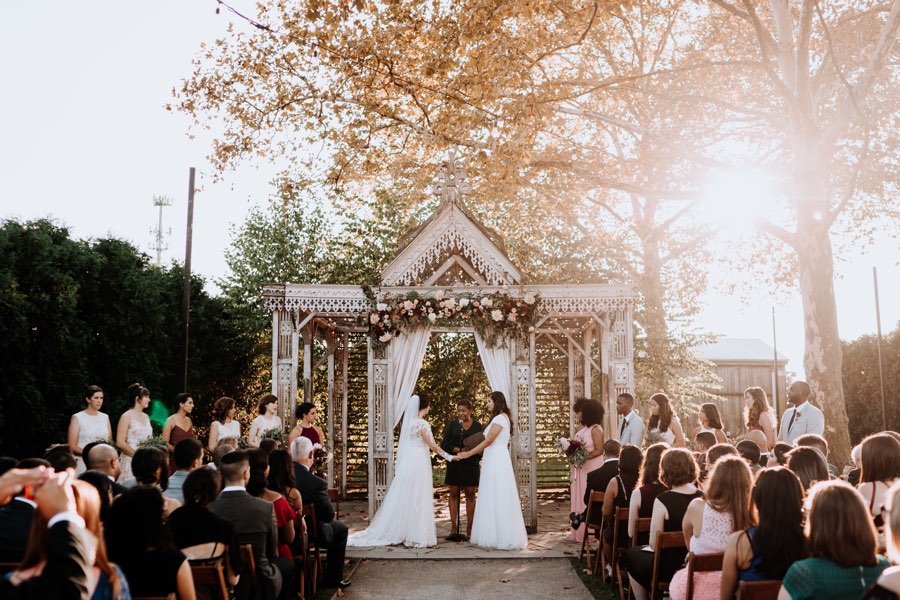 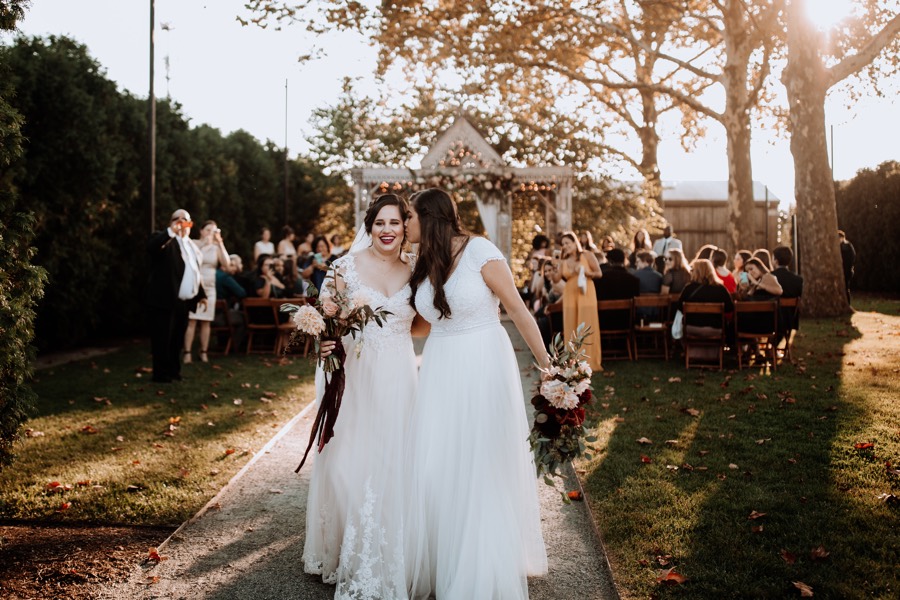 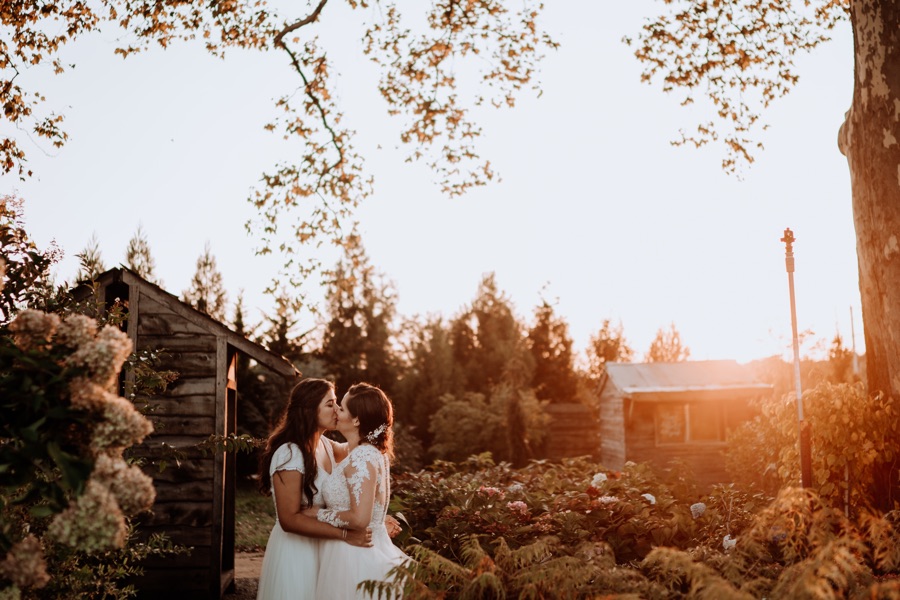 Their first date took place at Sugar and Plumm in New York City, where they both ordered breakfast for dinner. Because first dates are, well, nerve-racking, Jamie ordered a fried egg sandwich — an odd choice considering she hates fried eggs, but she ate the whole thing to avoid embarrassment. They both left the date underwhelmed, but they took a chance on a second date initiated by Jamie. 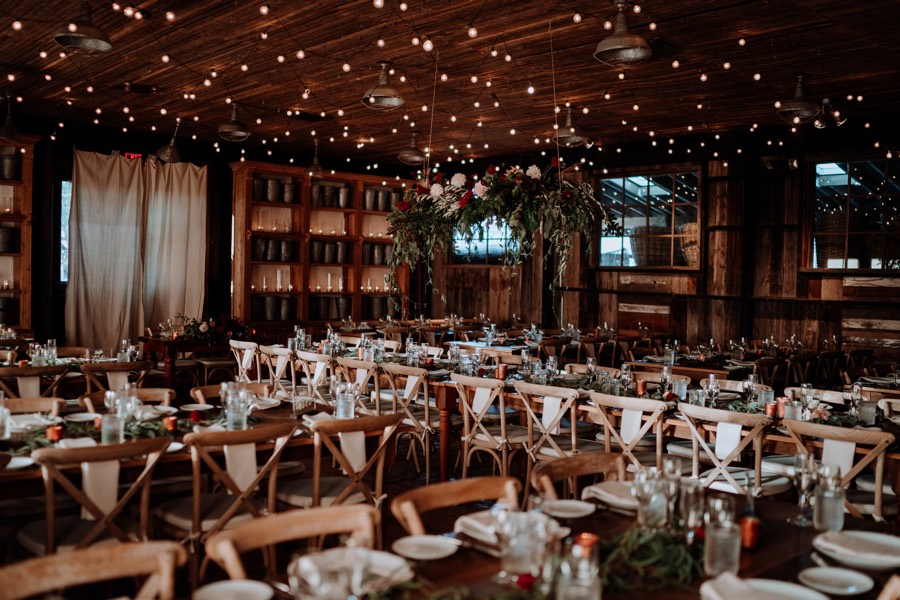 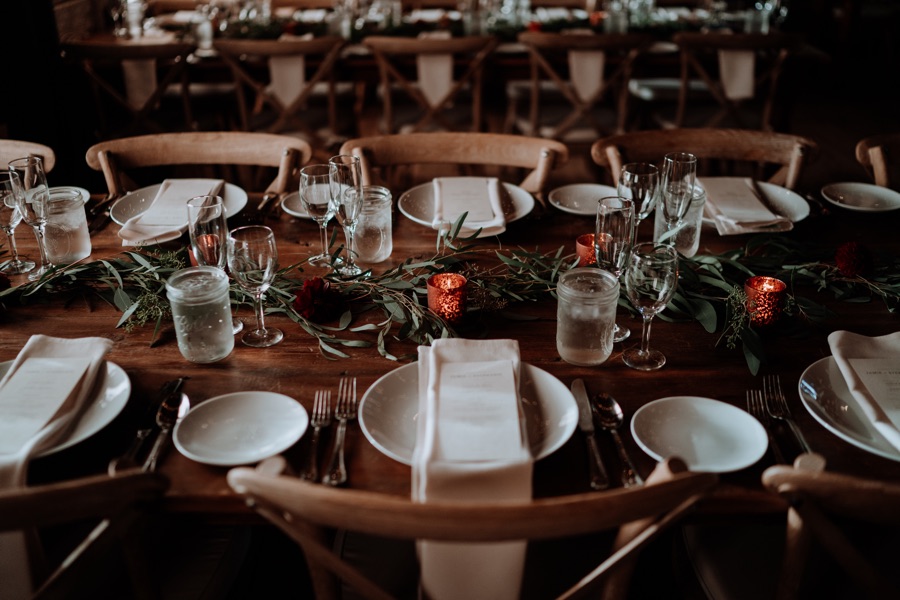 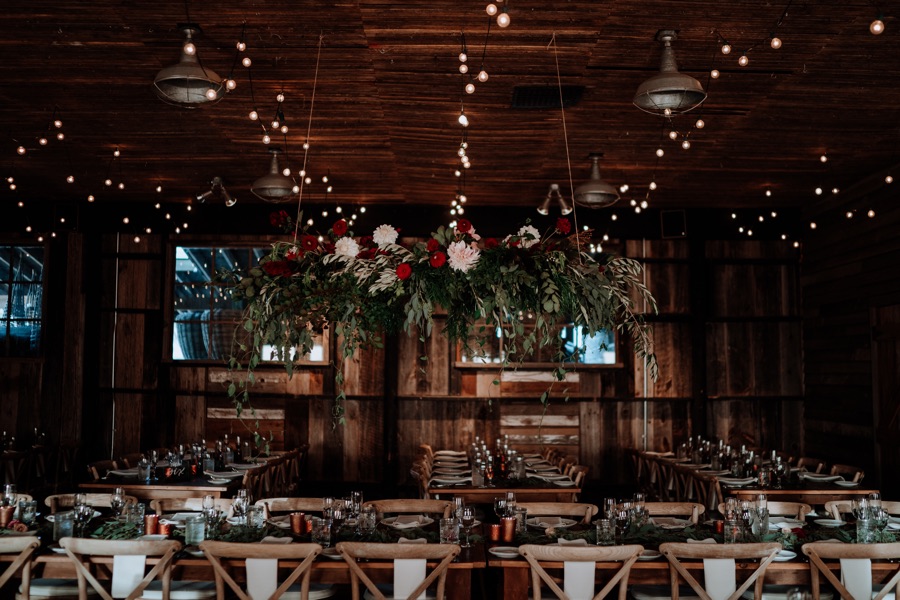 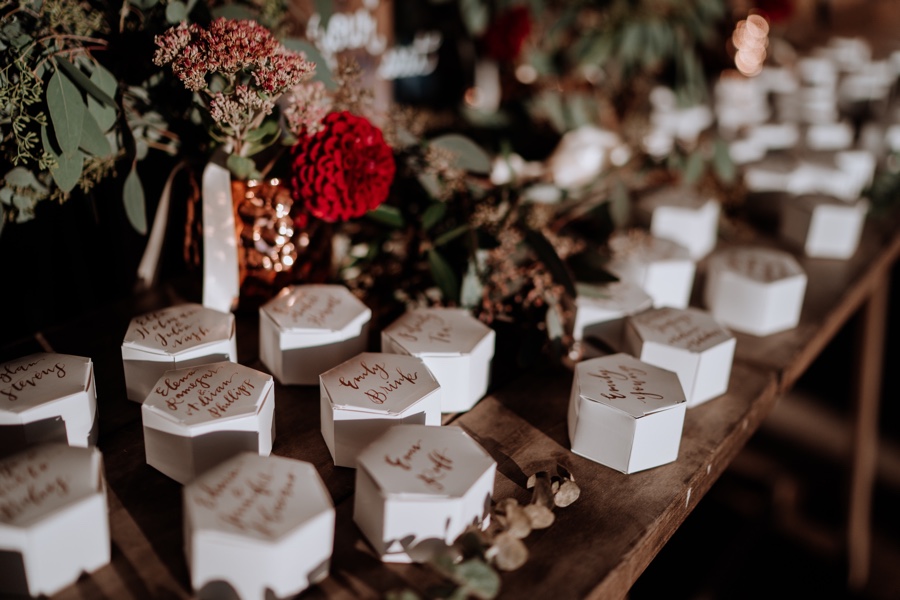 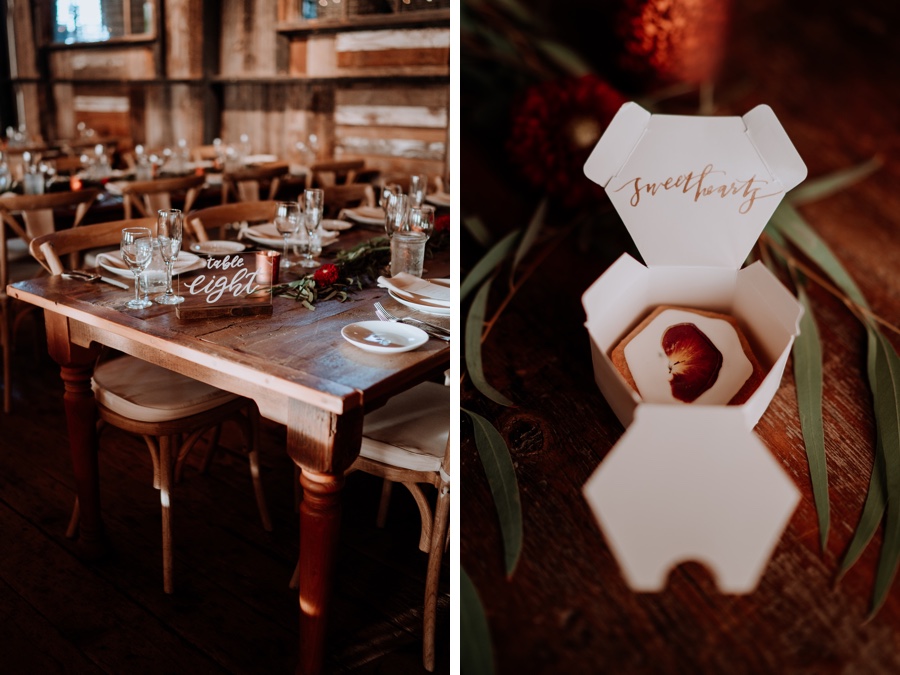 After a year and a half of dating, six months of which were spent long distance while Jamie was working in London, they proposed to one another on two separate occasions because they each had “grand” proposal expectations. Jamie went first, custom-designing a ring for Stephanie, then ordering prints of five quotes from poets and displaying them throughout their apartment. At the end of the poetry trail, Jamie was on one knee.

When Stephanie popped the question, she rented out a private loft in Hell’s Kitchen, New York City, then sent her best friend to Jamie’s work with a Rent the Runway dress and a message that she had an hour to get ready. “I had a car pick her up to bring her to the loft that I had filled with flowers and a photographer,” Stephanie remembers. “I asked her to marry me even though she had already asked me to marry her two weeks before, and she said yes!” 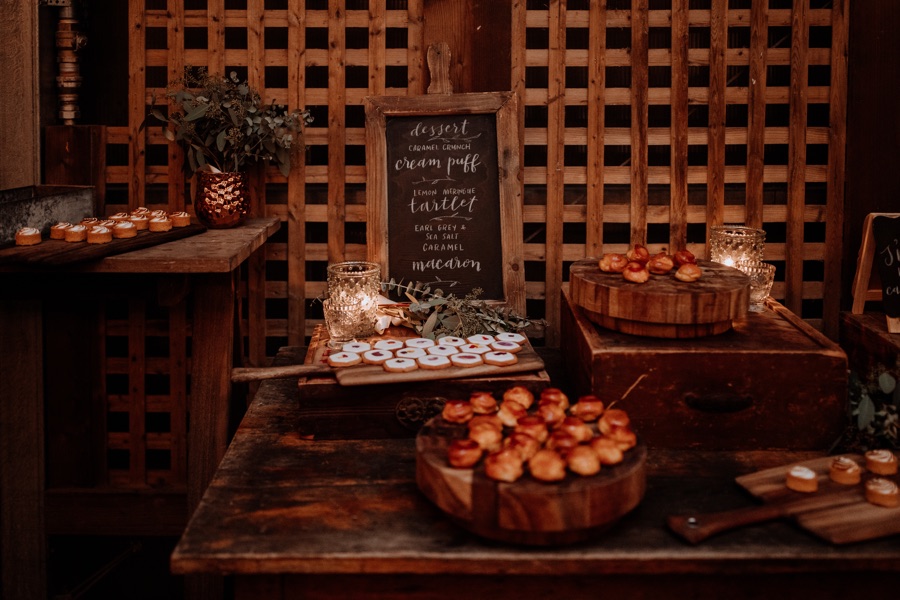 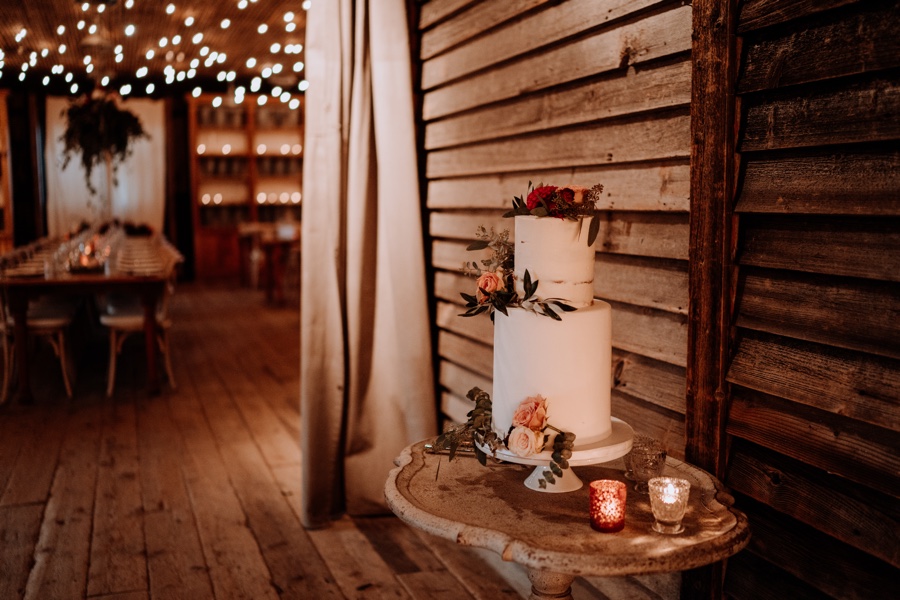 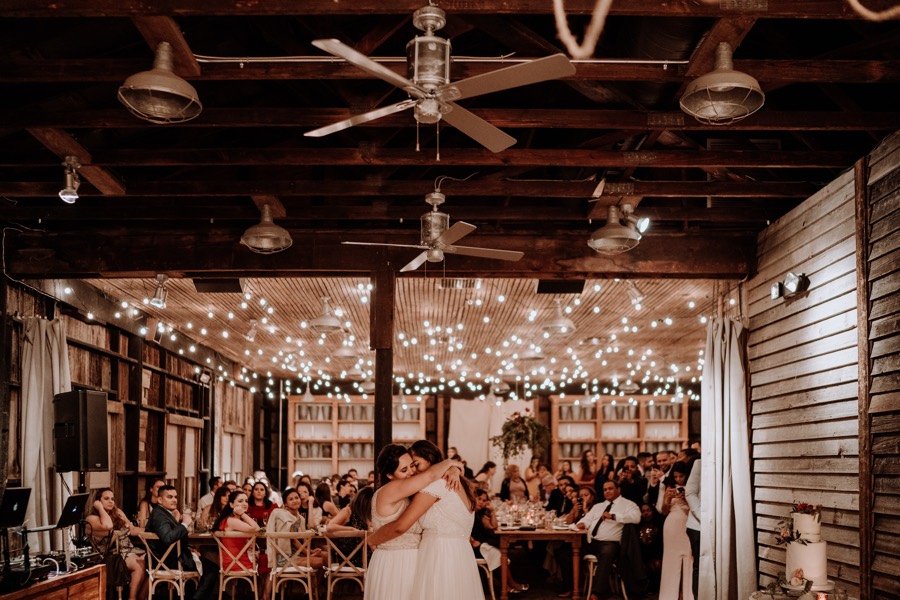 On September 15, 2017, Jamie, a client finance manager, and Stephanie, a community operations manager at Uber, said “I do” at Terrain at Styers. The botanical-themed Big Day featured florals and greenery from Colly Flowers, a female-and-LGBTQ-owned business. Hexagon cookies from Cake Life Bakeshop topped with edible flowers also played into the theme.

For their first dance, Jamie and Stephanie danced to “Perfect” by Ed Sheeran. The most sentimental moment of the wedding, though, occurred during the father-daughter dance, when both brides were on the dance floor. “Our moms spontaneously joined in and danced together,” Stephanie recalls. “It was our first shared moment as a new family, and our parents have been close ever since.”