What a sweet finish to the ten-mile run! 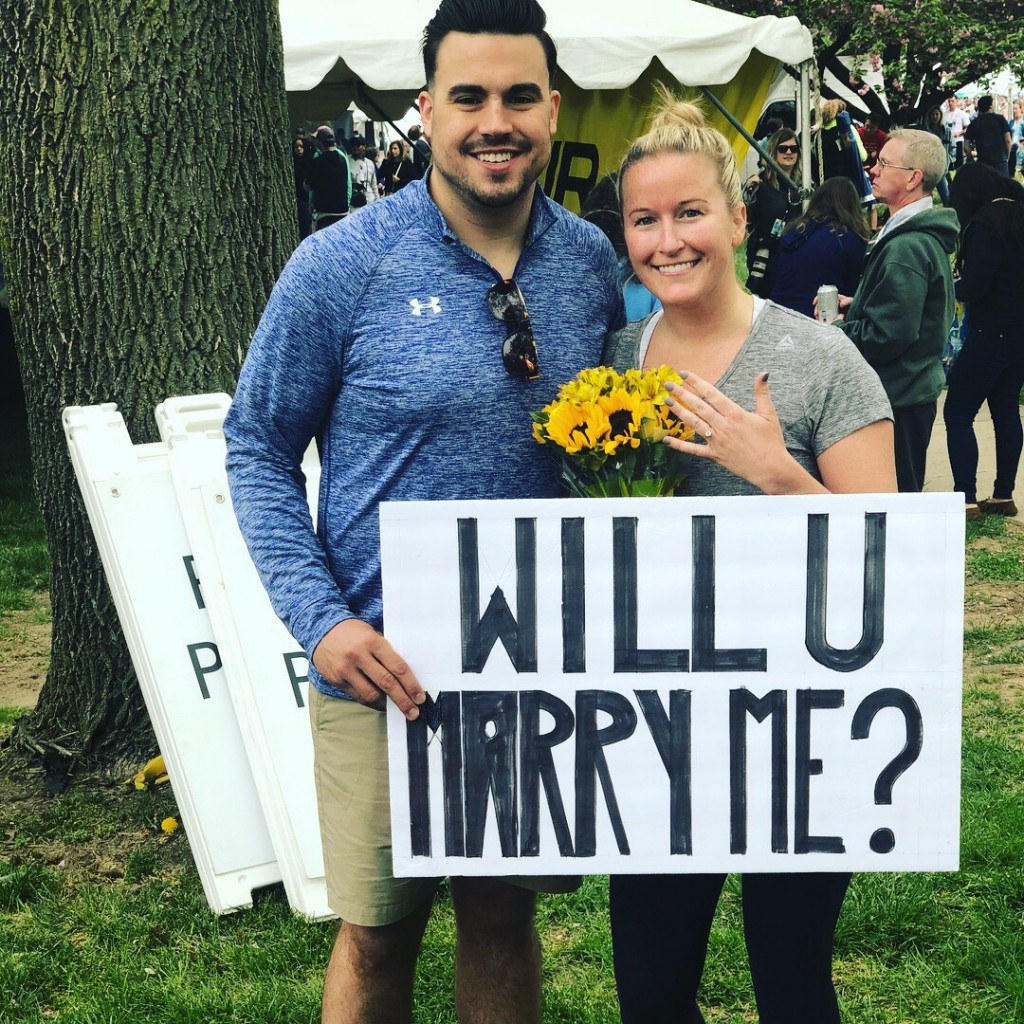 Today in things making us teary eyed: The adorable couple who got engaged at the finish line of Sunday’s Broad Street Run.

Kristen Tyrrell was running the ten-mile race for the first time with her sister, Lindsey. When the women crossed the finish line, a man was holding a sign that read, “Kristen Tyrrell” in large block letters. The man was Kristen’s boyfriend, Elliott Paden.

Kristen initially thought Elliott just wanted to make sure she saw him. But then, as she got closer, he flipped the sign around. On the reverse side it read, “Will you marry me?” Onlookers cheered as Elliott got down on one knee, holding out a ring box. Lindsey — who had schemed with Elliott to surprise her sister — filmed the whole scene in the video below.

Kristen and Elliott met as students at Kutztown University and have dated for the past five years. Last year, the pair purchased their first home together in Fox Chase. Still, the proposal came as a total surprise.

“Elliott always said he wouldn’t want to propose in front of a crowd, and well — there was quite a crowd at the race,” says Kristen.

According to Elliott, the Broad Street Run made for the perfect timing for his proposal, as members of both of their families were going to either run or watch the race. Plus, he knew the energy would be amazing in Philadelphia the day of the run.

“The event itself is incredible, good energy from the runners and everyone watching and cheering on their runners,” says Elliott. “I decided to do the sign as a surprise and wanted it to be a statement, not only to her but to everyone that was in attendance.”

Kristen and Elliott are now working to plan their wedding, which they’d like to host in the fall in Philly.