PHOTOS: Dudes Search for Free Engagement Rings Buried in Sand at the Bernie Robbins “Do AC” Dig for Bling

Twenty five guys prepared to propose on the spot showed up at Xfinity Live for the chance to unearth an engagement ring. The “Do AC” Dig for Bling with Bernie Robbins Jewelers took place Saturday afternoon as 25 guys gathered for a chance to win one of three engagement rings worth $5,000 each. The catch: They had to bring their girlfriends and pop the question on the spot if they found buried treasure.

Yes, that’s right, buried treasure. The boxes were buried in a sandbox in the Xfinity Live parking lot. Adding to the challenge: The guys were blindfolded. Oh, and it was snowy. Participants entered a raffle to determine which six guys would participate in the final “Dig for Bling.” Everyone went home a winner though, as the 19 guys who didn’t get to dig left with gift bags and gift certificates for 50 percent off engagement ring settings, plus $20 gift certificates to Xfinity Live. As for the three diggers that didn’t come up with bling in the box, they won overnight stays in Atlantic City so they could Do AC. 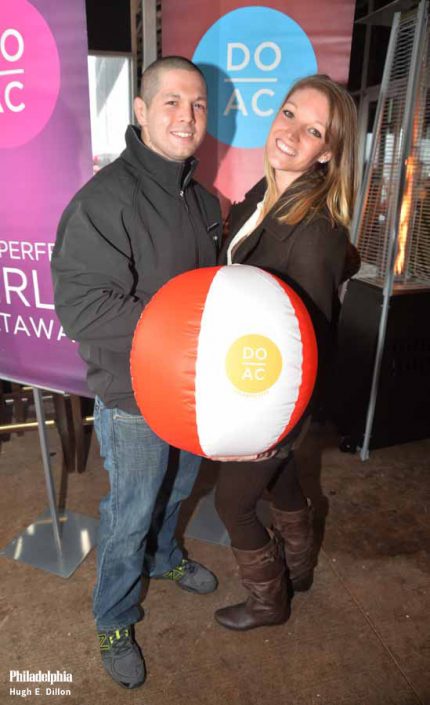 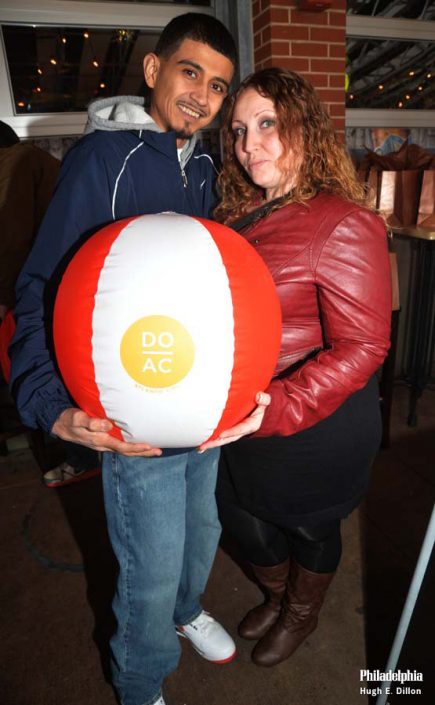 Alex Santiago and Marlene Burgos have been dating for 10 years. They met in Puerto Rico and have two kids together. 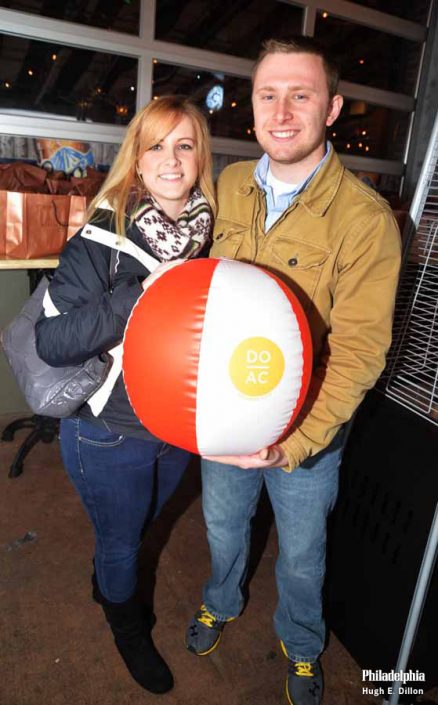 Lauren Bachman and David Pierce have been dating for a couple of years. They were introduced by her cousin and they share a birthday. 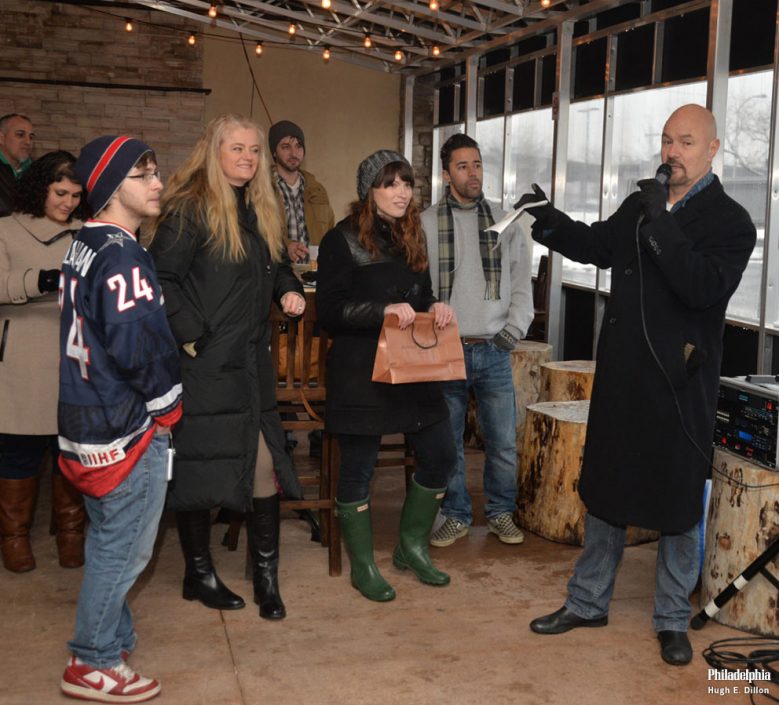 WPEN Radio Host Tony Bruno was the event’s emcee, and picked the six winners of the raffle. Big news: Tony Bruno will make a weekly appearance on ESPN 2’s Olbermann every Friday. 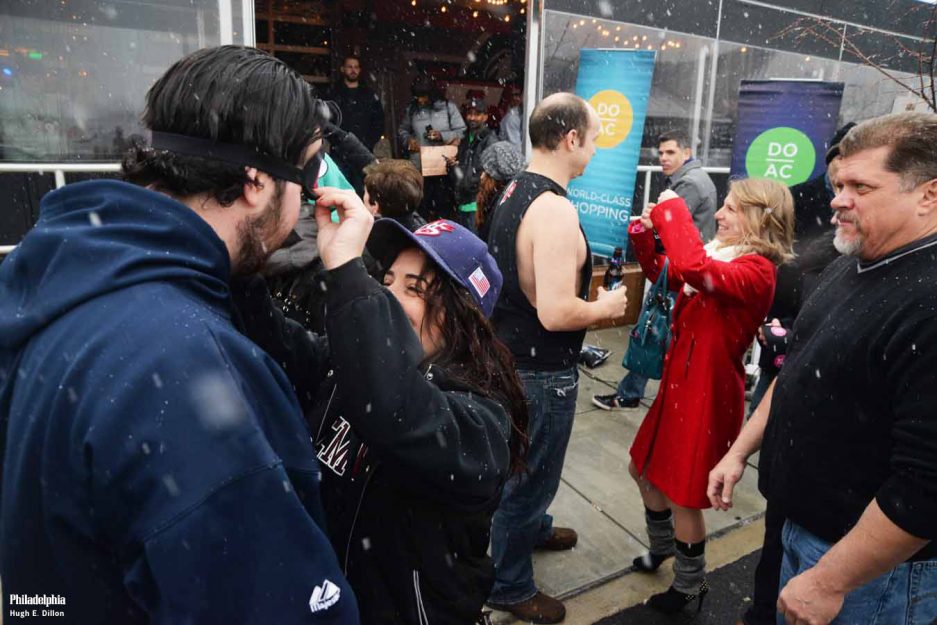 The girlfriends of the six raffle winners blindfold them in preparation to dig for bling. 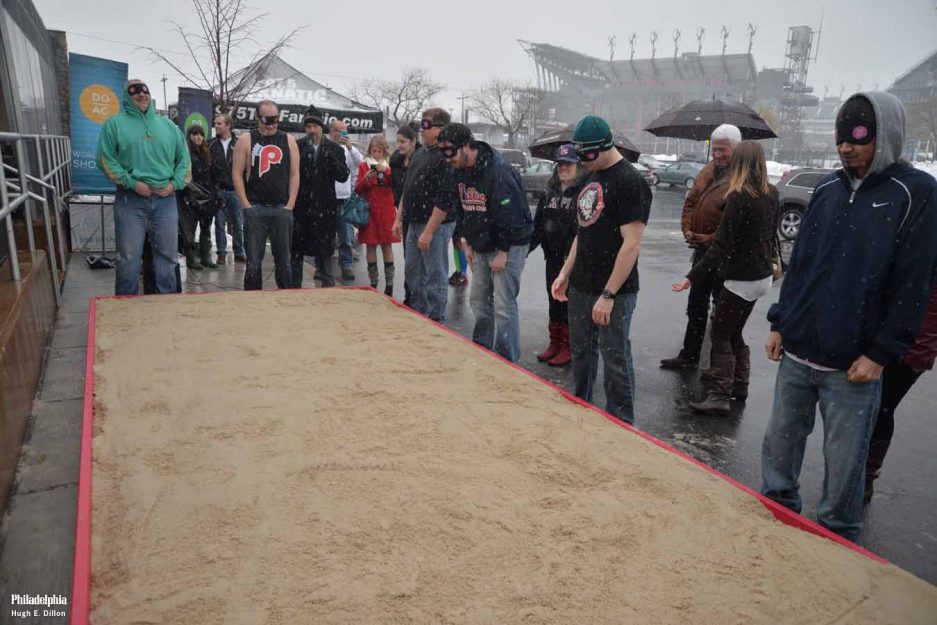 The guys line up… 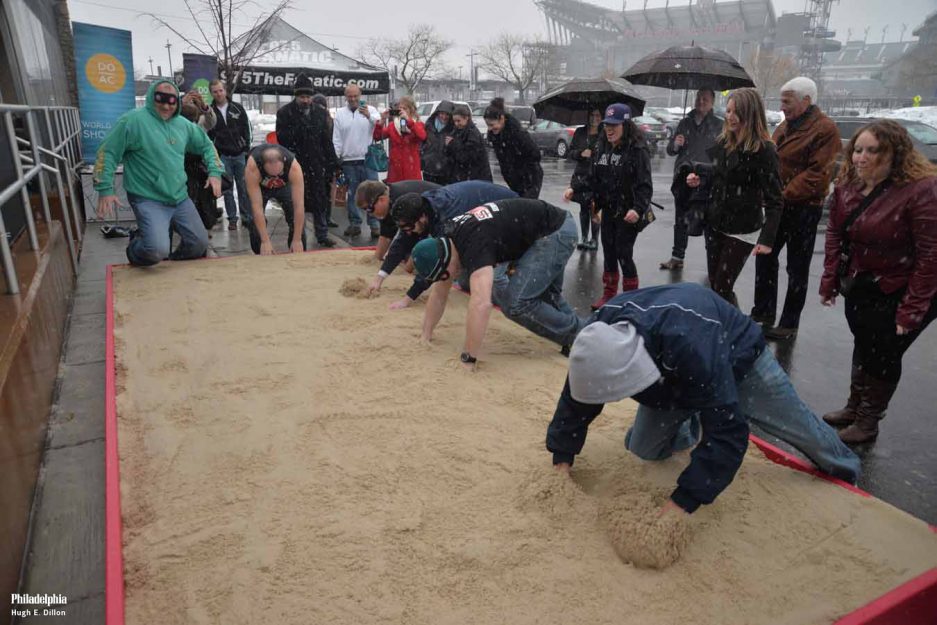 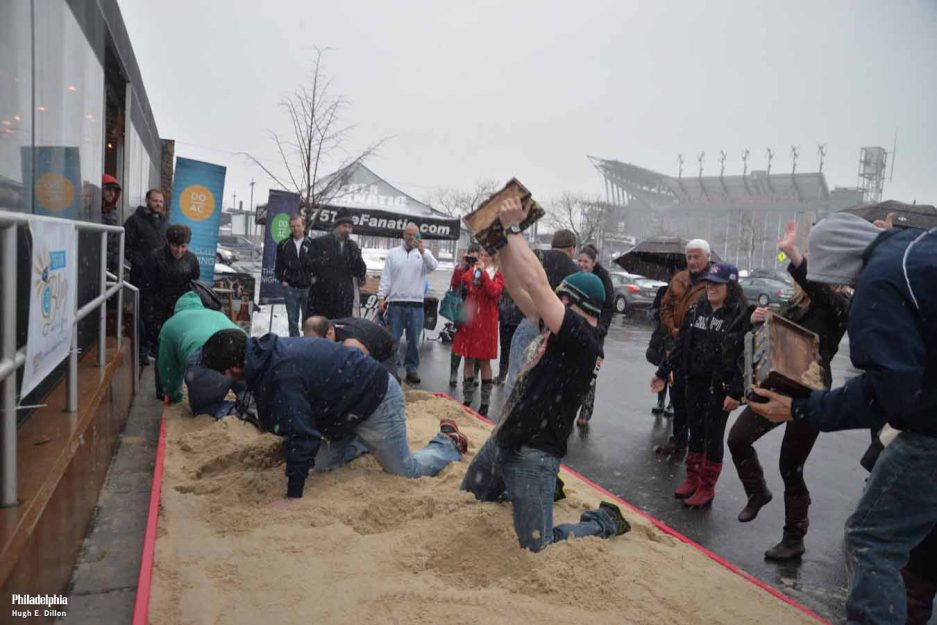 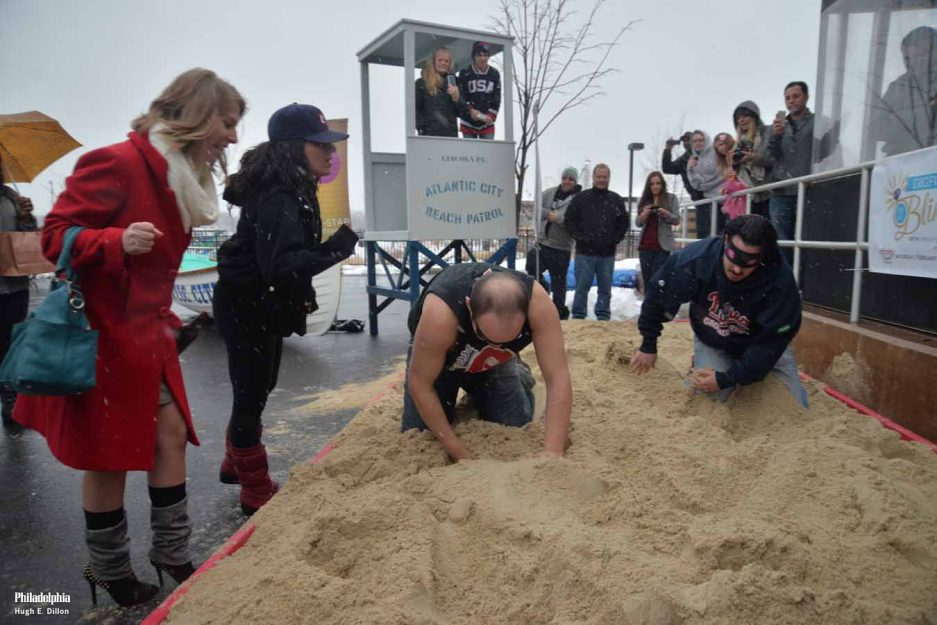 Things were not so good for Dave Kerrill (foreground), whose girlfriend, Regina Bucher (red coat), cheers him on as he digs through the cold, wet sand in his sleeveless T-shirt. Angela Lombardo encourages her boyfriend, Ryan Craig, to keep digging. 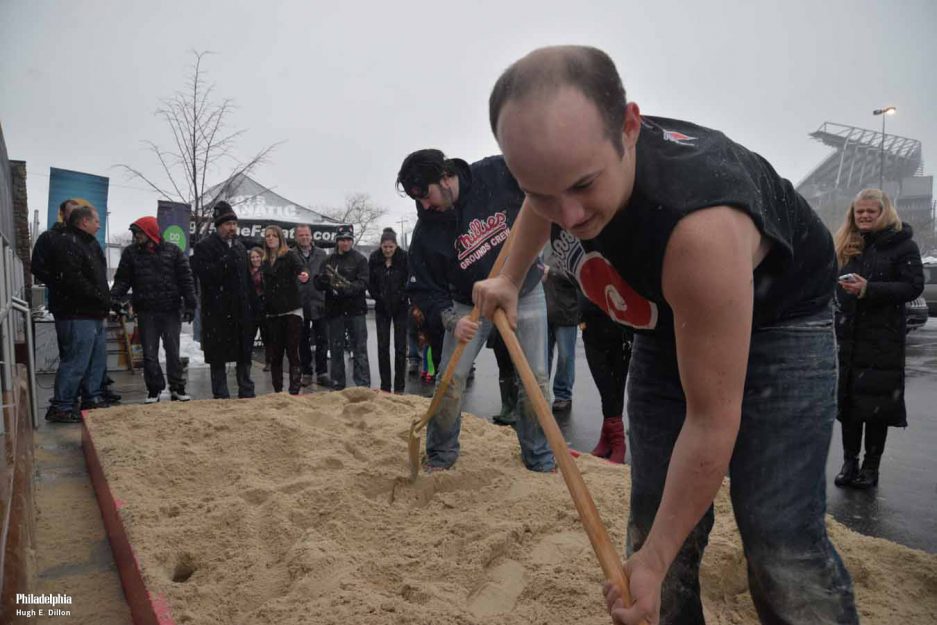 After 15 minutes the guys were given shovels. Ryan Craig found his box and joined the other guys on the sideline waiting for the last box to be found. 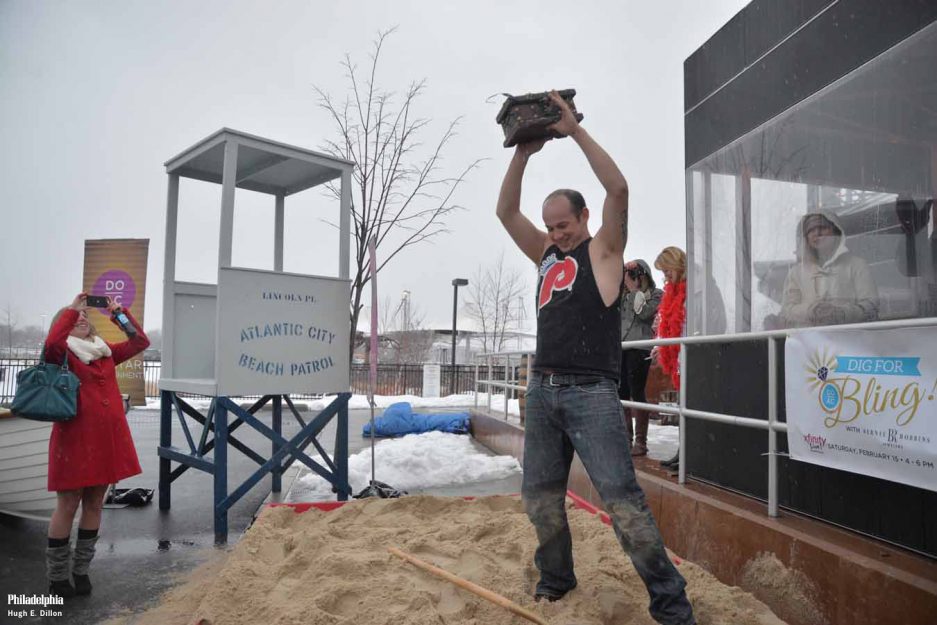 Dave Kerill lifts the box in victory; the last box was found nearly 30 minutes after the digging started. 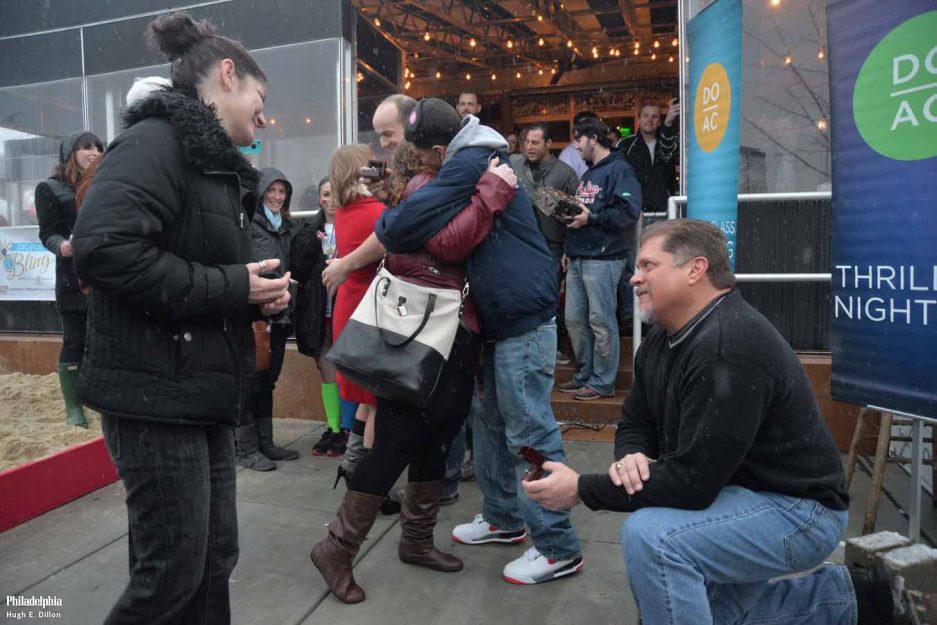 The winners, from closest to the camera: Nancy Formiconi and Steve Gombar (they went to high school together, married others, but fast forward 25 years, they found each other again and fell in love); Alex Santiago and Marlene Burgos, and the last man standing in the sand box, Dave Kerill and Regina Bucher (who also met in high school).