Daylight Saving Time Is Stupid and Expensive and Dangerous. Let’s Just End It. 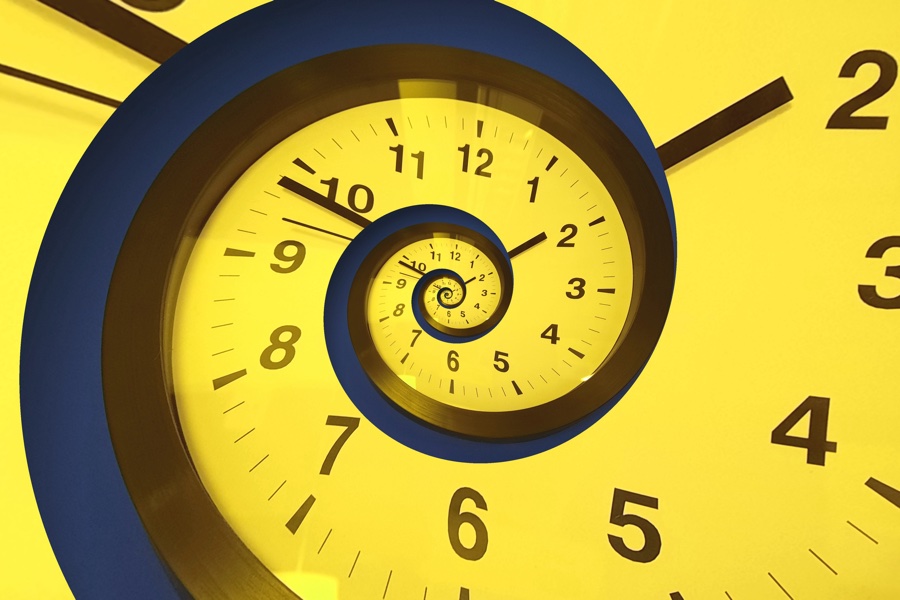 If all that’s going on in our world has you simply exhausted, too bad, because this weekend, you have to remember to move your clocks forward — all your clocks. That’s right: goddamned Daylight Saving Time is here to mess up your life again. I’ve harbored a hatred for DST for 40 long years, ever since, on the weekend of my April nuptial celebration, I realized I’d cannily arranged to lose an hour out of my wedding night. Oh, sure, we supposedly get back the sleep we lose come fall. But can any of us ever really turn back time?

The truth is, you’re not going to lose anything come Saturday night or gain anything come autumn. The sun doesn’t set any sooner or stay up any longer when we have Daylight Saving Time. All the arrival of DST does is shift an hour of darkness from the end of the day to the start of the day, and the demise of it vice-versa. Nonetheless, your circadian rhythms are thrown into chaos every time the clocks spring forward or fall back. And even in this grand technological age, plenty of clocks don’t just spring or fall on their own. They have to be pushed or prodded or spun or clicked forward — by you.

Congress debated ending Daylight Saving Time this week, with experts (!) on both sides making their arguments for and against. The convocation was perhaps spurred by a YouGov poll taken last November showing that adult Americans favor discontinuing the archaic practice, with 63 percent voting “Just end it” and a mere 16 percent in favor of keepin’ on keepin’ on. Interestingly, young people are less perturbed by the changing of the clocks than older ones, either because they need less sleep or because they tell time with timepieces that automatically update.

Do you know why we have Daylight Saving Time (frequently and incorrectly referred to as Daylight Savings Time, like minutes and hours are something you can take to the bank)? You always heard it was Ben Franklin, right? It was Ben Franklin, but he was making a joke. It was just one of several suggestions he made in an anonymous satirical article about how to get the lazy Parisians to wake up earlier. Some of the others: taxing window shutters, rationing candles, and firing off cannons at dawn. So, no. Just because something came from the brain of Ben Franklin doesn’t mean it’s right, or even serious. If he’d been serious, would he have published that article anonymously?

The guy who actually, seriously proposed Daylight Saving Time was an entomologist from New Zealand who wanted more afternoon hours in summertime in which to study native insects. The cause was then taken up by a clubby British golfer who wanted to fit in more holes at the end of the day. Notably, the campaigns of these two dilettantes never got off the ground.

But guess who did get Daylight Saving Time going? Germany and its World War I ally Austria-Hungary, who used it to conserve coal. As soon as the war ended, the Germans and everybody else dropped that idea like a hot potato and went back to good old standard time, except for a few cities that continued DST as a local option. One of which, of course, was Philadelphia. The whole country reverted to DST, now rechristened “War Time,” from 1942 to 1945. After that, it was back to local picking-and-choosing. By 1966, 100 million Americans were living under DST because of local laws. Congress said to hell with that and passed the Uniform Time Act of 1966, with the “saving” to begin on the last Sunday in April and end on the last Sunday of October. States that weren’t having any could opt out. Guess who didn’t? Today, we get even more daylight-saving: Since 2007, DST has begun on the second Sunday of March; it now ends on the first Sunday in November. Yippee.

Over the years, there have been some important arguments made in favor of Daylight Saving Time. All of them have been debunked. You’ve probably heard that the change saves energy costs. It doesn’t. Researchers have found that Daylight Saving Time increases energy use and costs billions of dollars each year in, among other things, employee accidents and goofing off.

You may have heard that DST decreases traffic accidents. It doesn’t. Evening accidents decrease, but early-morning accidents increase — and early-evening pedestrian fatalities soar immediately following the switch. One University of Michigan study found 65 pedestrian deaths in the area studied in the week before DST ended — and 227 killed in the week after the end of DST. Researchers at Carnegie Mellon found a 186 percent increase in the risk of being killed by a car in the early evening for every mile walked right after DST ends. We’re not meant to shift our time frames so dramatically. It throws us all off our game. Lucky us — the pandemic has meant less traffic on the roads. Unlucky us — those that are on the roads are driving worse than ever, so we can expect even more carnage than usual this year.

So, who likes Daylight Saving? People who make money off it, duh. That includes golf courses and other sports and tourism interests, along with retailers, who are pleased that come spring, people have an extra hour of daylight to squander dropping bucks in their establishments, though now that we’re all shopping online, that argument’s got tatters. Who doesn’t like DST? Me and all the millions of other Americans who don’t get enough sleep. Also, farmers, but they’re preoccupied with filing for bankruptcy. Who else? All intelligent folks everywhere.

It might give you pause that U.S. Senator Tommy Tuberville, a.k.a. the former football coach at Auburn University, came out recently in favor of permanently changing clocks nationwide to Daylight Saving Time. Tuberville also recently claimed that Vladimir Putin invaded Ukraine because Russia is a Communist country and thus can’t feed its people. Russia isn’t Communist anymore and hasn’t been since 1991. Also, it’s the world’s largest exporter of wheat. So, you may ask: “If Tommy Tuberville is for this, how can I be? Tommy Tuberville is not very smart.”

While this is certainly true, it’s important to remember that DST merely grants you the illusion that you can manipulate the fourth dimension. You can’t. You’re not Doc Brown. Even Doc Brown isn’t Doc Brown. Do you remember how old he looked in that Back to the Future Day YouTube video a while back? Human beings have arranged their lives around the rising and setting of the sun for millions of years. It’s typical modern hubris to think we can improve on that. Daylight Saving Time is killing us. It increases your chances of having a heart attack or stroke, increases air pollution, decreases economic production, causes skin cancer, and has been linked to increased rates of depression and suicide. It’s damned inconvenient, and nonsensical, too. Why disrupt our lives this way every fall and then disrupt them all over again come spring? The only possible plus of all this clock-finagling is that it served as a reminder to put new batteries in your smoke detectors, but now that those come with 10-year batteries, even that’s moot. The only people still arguing in favor of changing our clocks are dissolute drunks who live for that one extra hour at the bar every autumn, plus neo-Nazis, entomologists and golfers. And who wants to be on their side?