What Temple Can Learn From Penn About Making Students Feel Safe

Temple's leadership must move beyond symbolic gestures and actually communicate tangible plans and actions to students and their families. 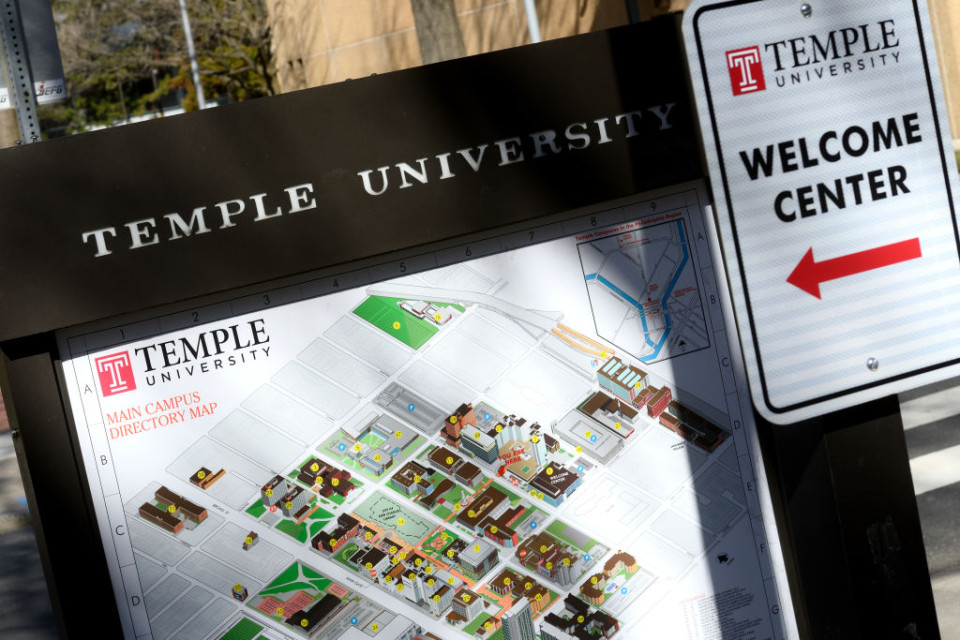 Temple public safety has been in the news. / Photograph by Bastiaan Slabbers/NurPhoto via Getty Images

When I moved to Philadelphia from Houston 12 years ago to attend the University of Pennsylvania, I knew immediately that this was a city I’d want my younger brothers to explore, too. That dream appeared to come true last year when one of them decided to become a Temple Owl and study criminal justice. He’s now a sophomore living on campus, but his college experience has been much different from the grand city exploration that I enjoyed as a Penn freshman.

Bombarded by the persistent text alerts he receives about gun violence and crime near his campus, my sibling has become super-cautious: He rarely stays out after dark or travels in the neighborhood alone. When you’re an undergrad in any major city, it’s no surprise that you need to be mindful of your surroundings — but the university’s unreassuring response to public safety concerns has been a surprise. When I attended Penn, there were crimes in the area, but I never felt unsafe because of the way those incidents were communicated to the campus. Both universities are in areas (North and West Philly) that are experiencing upticks in crime — but even now, how the two schools communicate about it to their students feels distinctly different.

Every week, I can expect several alerts on my cellphone from Temple about another shooting or armed robbery. Over the weekend, there was a reported armed robbery at 1700 West Jefferson Street, following a reported shooting on the 1800 block of North Diamond Street last week. Two days before that shooting, there was an attempted robbery reported on the 1600 block of Berks Street. Whenever the alert is for an incident near my brother’s on-campus residence, I immediately check in with him. Other times, he or my parents will text me for more details about the incident in question.

Being a big brother-turned-journalist means I do a little extra work to find out what actually happened beyond what Temple has communicated. I’ll contact crime reporters in the area to find out more, and I’ve been following the student-run Instagram page @keep_us_safe_tu, which tracks crime on or near the Temple campus. According to a recent Temple News poll of roughly 470 students, some 89 percent of them feel the university isn’t doing enough to protect students; approximately half said they’ve considered transferring from Temple due to safety concerns.

While my brother says he hasn’t considered transferring, he isn’t pleased with the way the university has articulated how it intends to keep him and his classmates safe. Neither am I. Following news of Temple students publicly calling out the university over its safety failings, an announcement by Temple’s president has raised eyebrows. Last week, Temple University president Jason Wingard announced that he, his wife and their teenage son are moving to a home in North Philly to live closer to campus.

“We need to be here, on campus,” Wingard told CBS Philadelphia. “This home and this move is going to give us the opportunity to really engage with our students, with our faculty and staff, and with the neighborhood residents and business owners here in North Philadelphia in a way the Temple University president should.”

This is a notable, if symbolic, gesture — a campus president putting his money where his mouth is. However, I predict that Wingard’s experience won’t quite compare to the average student’s. Amy Gutmann, who was Penn’s president when I attended, had more security personnel guarding her house than my dorm did. Regardless of the optics, Wingard shouldn’t have to live on campus as a reactive attempt to improve safety at Temple.

While I was attending Penn, it wasn’t then-president Amy Gutmann living in the “President’s Mansion” that made undergrads feel safe on campus; it was the fact that there was more engagement, communication and clarity regarding how my alma mater addressed crime in the area. Penn made it a point to give student government representatives like me access to routinely scheduled meetings with those involved in the university’s public safety. These types of semi-formal meetings made it easier for us to inform our peers about what Penn was doing (and what we could be better at doing) regarding safety. Maureen Rush, the longtime vice president for public safety, was a name and face many on Penn’s campus were familiar with. In comparison, my brother can’t name any leader on Temple’s campus involved in public safety and couldn’t tell me if his student government reps had met with them.

A post shared by Keep Us Safe @ Temple U (@keep_us_safe_tu)

I began to realize the difference between Penn’s and Temple’s responses to public safety when @keep_us_safe_tu published an open letter to school leaders on Instagram last week, calling out Wingard for his alleged “inability to lead and stand by your students” and how he “would rather offload responsibility, run from the problem, and block Temple community members.” In response to the letter, Temple’s administration mentioned that “the significance of an open letter like this from the very students that the university serves is not lost on us'” and said that “to help address this, the Office of the President has met with Temple’s Student Government and will be scheduling meetings with both TSG members and other members of the student body in the near future.” The fact that consistent communication between Temple and student government representatives had to be publicly demanded helps explain why students feel neglected.

This isn’t to suggest that Penn was perfect when it came to public safety — racial profiling by university police was definitely egregious. But I didn’t fear the West Philly neighborhood I was living in. When I was attending Penn, there weren’t prominent social media pages criticizing my alma mater’s ability to keep us safe. Because Temple isn’t actively reassuring students of its plan to address crime, students like my brother assume the university’s leaders aren’t doing enough and/or feel hopeless. As a result, outside media are shaping the narrative of the university’s safety in North Philly — a reality that Penn seems to grasp more than Temple does. If you don’t define the problem, someone else will.

Temple needs to step up by intentionally and visibly engaging all sectors of the community to alleviate students’ fear of North Philly and its surrounding neighborhoods. The family members who sent their loved ones to that campus should get more than alerts about crime; they should be getting reassurances about how Temple is actively addressing that crime. The administration needs to produce a forward-moving plan that better engages local communities, students and their families and holds accountable the law enforcement they fund on campus.

Symbolism can only go so far. It’s time for Temple to promote more tangible action — such as routine student dialogue, a more accessible/visible plan on addressing safety and crime, and a more comprehensive crime-alert system for community/family members — that concerned students like my brother, our family and I can believe in.