Plus, Thursday looks like a good day to work from home, and Abbott Elementary scores big with Golden Globe nominations. 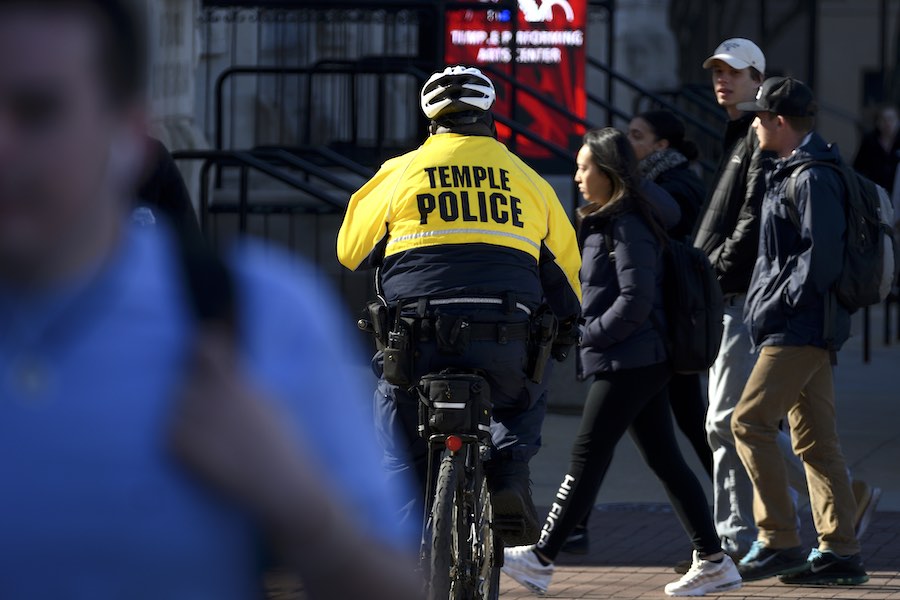 Just last Saturday, I met with a friend in Delco whose daughter goes to Temple. She lives on campus. But he told me that she probably won’t be returning to her dorm after winter break. Why? Crime on the Temple campus.

Less than two months ago, some Temple students — they describe themselves only as a “dedicated team of student ambassadors” — got together to launch the Instagram page @keep_us_safe_tu, which serves as a compendium of crime occurrences on or near the Temple campus. And yesterday, the Instagram page published an open letter to school leaders, calling out new Temple University president Jason Wingard specifically.

Here’s what the group wrote, in part:

Your students and community are in crisis, and you have been silent for months…

Well, over 30 students have been victims of high-profile violent crimes this semester, and you continue to hide from it…

We have come dangerously close to having another student be murdered this year on MULTIPLE occasions, and until a student is actually seriously hurt, you won’t address the problem…

People are tired of your inability to lead and stand by your students.

We have tried to get your attention, but it is clear you would rather offload responsibility, run from the problem, and block Temple community members.

School administrators responded with the following:

The significance of an open letter like this from the very students that the university serves is not lost on us… To help address this, The Office of the President has met with Temple’s Student Government and will be scheduling meetings with both TSG members and other members of the student body in the near future.

We’ll keep you posted on how this develops.

We’ve been so caught up in trying to get a copy of the impossible-to-get Eagles Christmas album that we totally missed that they released another track from it. Here’s “Merry Christmas Baby” featuring Eagles tackle Jordan Mailata and Philly music scene stalwart Lady Alma:

You’ll be able to stream the full album starting on December 23rd.

The Golden Globe nominations are in. And guess what TV show leads the pack? Yep. Abbott Elementary, the Philly-set show created by and starring the Philly born-and-raised Quinta Brunson. Go here for a complete list of nominations.

Did Somebody Say Snow?!

Yeah, yeah. The region might see some flakes on Thursday. But not much. So don’t go freaking out and deplete the Ack-a-me of all its bread and milk. That said, Thursday seems downright sucky. Anytime they use both “cold” and “soaking rain” in a forecast, this is a day to be thankful if you are still able to work from home.

An Op-Ed I Wholeheartedly Agree With

From the Inquirer: “Schools Should Be Phone-Free Zones.”

And from the Boring Mid-Week Sports Desk …

We’ve got the mid-winter doldrums — so long between games! At least the Sixers play the Sacramento Kings tonight at home at 7 p.m. Joel Embiid was just honored by the NBA:

And well he should have been! He did it all for love:

The Eagles have a new punter while Aaryn Siposs recovers from the lower-leg injury he suffered on Sunday.

In great news, the injuries to Lane Johnson and Reed Blankenship don’t seem as bad as we feared.

#Eagles RT Lane Johnson, who went down Sunday with an abdominal injury, did not suffer a major injury and is considered day-to-day, source said. Some good news.

Timeline for return unclear, but didn't tear his MCL, as was feared. K'Von Wallace likely replacement with starter C.J. Gardner-Johnson on IR for at least two more games.

This doesn’t have doo-doo to do with the team, but it’s cool AF:

Argentina and Croatia go up against one another in the World Cup semifinals today at 2 p.m.