Plus, the feds nab fugitive-restaurateur Matt Swartz in West Virginia, will haul him back to Philly. 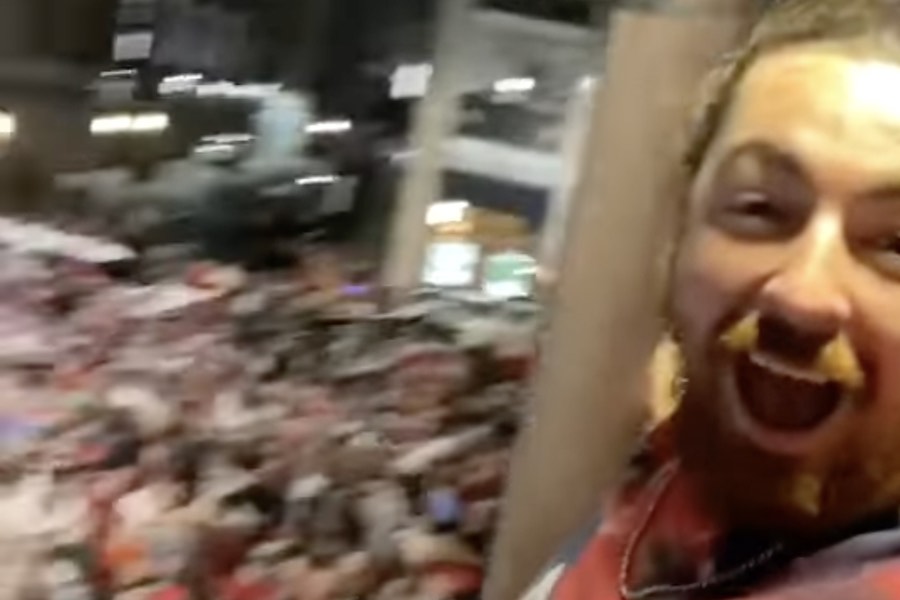 “They’re going to send him to jail for climbing a pole? I think not.”

That’s what famed Philadelphia criminal defense attorney Chuck Peruto told me when I reached out to him early in November to ask him about his newest client, Sean Hagan, a.k.a. the guy whom police arrested after he climbed a pole on Broad Street in the wake of the Phillies clinching a spot in the World Series.

Peruto knows of what he speaks.

Last week, Hagan faced a judge for a preliminary hearing on the charges brought by the office of District Attorney Larry Krasner, charges which, shockingly to some, included felonies like rioting and conspiracy. (Hagan and Peruto theorized that Krasner’s office hit him with such serious charges after scanning his social media accounts, which make it pretty clear he’s a big fan of Donald Trump and that he rallied in Washington D.C. on that infamous date of January 6th; court documents showed that investigators did, in fact, use Hagan’s social media accounts as part of the case.)

On Friday, the judge dismissed all the charges against Hagan due to lack of evidence. I asked Peruto how it went.

“How do you think it went?” he replied. “I can fuck up a two-car funeral.” (That’s some serious South Philly-speak right there.)

In a Facebook post shortly after the ruling on Friday, Hagan described Peruto as an “absolute legend” who “respectfully embarrassed the DA’s office.”

No word on whether Hagan plans to climb Broad Street poles if the Eagles win the Super Bowl. But considering that this is a guy who once ran onto the field at Citizens Bank Park wearing a red spandex bodysuit, I’m thinking he wouldn’t spend a quiet night at home.

You might remember that I recently told you that infamous Philadelphia restaurateur Matt Swartz was finally set to face sentencing on charges that he withheld taxes from employees at the Farmers’ Cabinet (one of several former Philadelphia restaurants of his) but failed to pay those taxes to the federal government. And when he failed to show up for his sentencing hearing in November, the federal judge in the case issued a bench warrant for Swartz’s arrest.

Well guess what? According to court records, last week U.S. Marshals found Swartz in some place called Buckeye, West Virginia (population: 314). A spokesperson for Philadelphia’s federal court says the court will extradite Swartz to Philadelphia to face the aforementioned sentencing.

On the tax charges, Swartz faces a maximum of five years in prison. And since judges don’t tend to like it when you skip town on them, I’m thinking the judge in Swartz’s case might not be too lenient.

A Happy Ending to the Wawa Stolen Dog Saga

After 18 days, the dog stolen from a Wawa parking lot is home.

Scranton Gets One of Philly’s Weirdest Exports

Toynbee Tiles have surfaced on the streets of our strange little neighbor to the north.

Last week, the city announced a $20,000 reward in the case of the unidentified man who walked up behind a PPA employee and just shot him in the head. New York City police saw the horrific video of the crime, and they think the same man might have carried out a similar, seemingly random shooting in the Bronx.

And from the Glass-Half-Full Sports Desk …

We’d rather not have to tell you about Friday night’s Sixers game in Memphis. The starters were Tobias Harris, P.J. Tucker, Joel Embiid, De’Anthony Melton and Shake Milton against the Grizzlies — De’Anthony’s former team. The first quarter was pretty balanced, with Ja Morant doing well, per usual. We were up 30-29 at the end. Harris’s shots were off, but he didn’t look too sick.

Oh, the second quarter, though! The Grizzlies were up 64-54 at the half.

Idk but something seems off with the Sixers since going on the road. Not sure if it’s coaching or what but definitely feel out of focus.

Tobias cut it to a nine-point lead halfway through the third, and Embiid hit a three to make it 67-73 on a 10-point Sixer run. But the Grizzlies stretched it to 87-74 with 1:28 left in third — and 90-76 at the end of the quarter after a mess of a turnover sequence.

throw some circus music on it lmao

In the fourth, our crew went a 9-2 run, and Milton hit a three to make it 99-107 with five minutes left in the game. Time to turn on the jets! Steven Adams had 10 offensive rebounds, which is as many, Kate Scott noted, as the Sixers had as a team. Danuel House came in and hit a big three with 3:18 left.

Embiid made a layup to give him 32 points and bring the score to 111-106. But Shake blew a drive to the basket, and Jaren Jackson snagged an offensive rebound and scored, 114-106. The Sixers’ rebounding has really sucked lately.

That one was winnable, dammit.

On Saturday morning, the U.S. Men’s National Team lost to the Netherlands, 3-1, in the World Cup knockout round.

On to the Iggles! Would you care for some homemade banana pudding from Jennifer Slay, Darius’s wife?

What did YOU wear to the Linc on Sunday, Jason Kelce?

I don’t play dress up https://t.co/trYwg5U1GD

Maybe stow that ’fit in the closet, though, because the O-line was a freaking mess all game, starting with two penalties on the team’s initial drive. Nick Sirianni was pissed to have to call a timeout – but Jalen Hurts wasn’t flustered and managed the drive for a touchdown by DeVonta Smith. At 12:03, it’s 7-0.

The Titans would tie it up, but A.J. Brown made the most of three tries and scored again to make it 14-7. What was going on with that line, though?

Eagles up to 7 penalties over the first 16 minutes https://t.co/ak6ddAfi3H

Jordan Mailata with the false start. Isaac Seumalo the only Eagles OL not to have a false start. TE Jack Stoll had one.

Landon Dickerson is back in at LG.

Josh Sweat notched a great sack of Tannehill in the red zone near the end of the second quarter, and the Titans had to kick a 36-yard field goal to bring it to 14-10.

Hurts almost ran it in for another TD but was stopped with a minute left. What’s the call here on second and goal? Another Hurts run! He barely made it inside the pylon.

There was a third A.J. Brown touchdown three minutes into the third: 28-10 Eagles.

And another Tannehill sack, courtesy of Haason Reddick and Josh Sweat.

A false-start call against Hurts (against HURTS?!?) stalled another Eagles drive. Jake Elliott kicked a field goal,  but there was a flag on the play. Not the offensive line again! The crowd is restless and booing. But nope — the call is offsides against the Titans, and with the down on repeat, Hurts sneaked (snuck?) for the first down, and Miles Sanders rushed for the TD. With the score 35-10, it was time to bring in Gardner Minshew and his mustache. Wait — there was time for one last holding call, on Landon Dickerson. “A domination of a very good Titans team,” Kevin Burkhardt declared it. We’re 11-1! Go team! And the icing on the cake: The Giants and the Commanders played a most unsatisfying game.

The Sixers are in Houston against the Rockets at 8 tonight.

James Harden said he’s on pace to play tomorrow vs. the Houston Rockets. He will see how he feels tomorrow. Today was the first day he practiced five-on-five. #Sixers

The Flyers also played, and will no doubt play again.