Plus: You can own a piece of Elon Musk's days at Penn! And more of what Philly is (or should be) talking about. 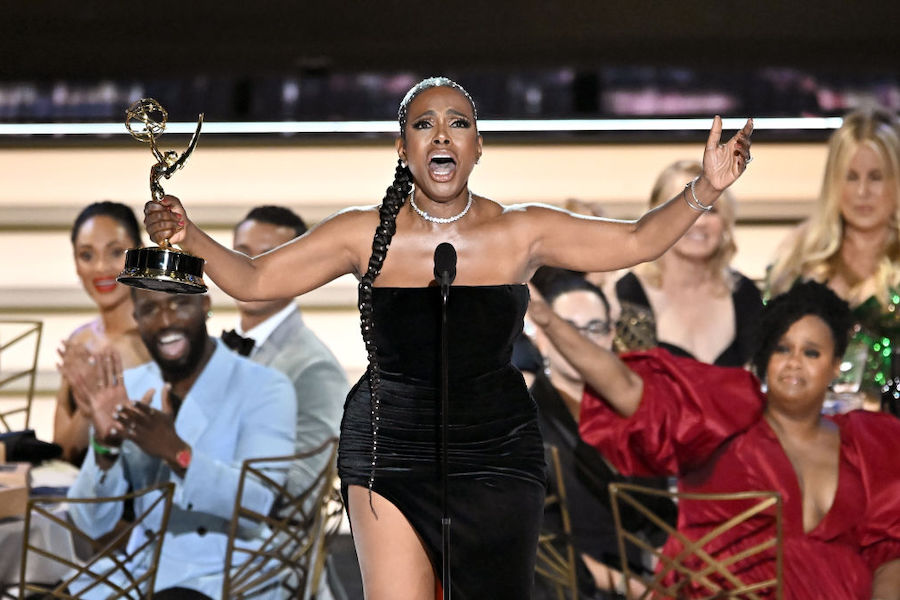 You probably didn’t watch the Emmy Awards. Not many people do. But if you didn’t see the Emmys, then you missed the spine-tingling acceptance speech by actor Sheryl Lee Ralph. Don’t worry, we have it for you.

But first … Who is Sheryl Lee Ralph? She may not be a household name in the same way that some others at the Emmys are household names. But you know her. Ralph, who just so happens to be married to state senator Vincent Hughes, plays Barbara in Abbott Elementary. Barbara is the stern but lovable-in-her-own-way teacher in Philly native Quinta Brunson’s hit TV show.

Ralph was nominated in the category Outstanding Supporting Actress In a Comedy Series for her work in Abbott Elementary. It’s her first nomination. With her win, Ralph became only the second Black person to win the award in the long history of the Emmys. The first was Jackée Harry for 227 way back in 1987. So, yeah, it’s been 35 years. Back when many people still watched shows on tube TVs with rabbit-ear antennas.

Anyway, when the announcers called her name last night, Ralph seemed truly stunned and overwhelmed. She gathered herself, made her way to the stage, and did this … (It’s worth it. Promise.)

Now that’s some a cappella! If you’re wondering about the song, it’s “Endangered Species” by Dianne Reeves.

In other Philly Abbott Elementary Emmy news, Quinta Brunson won the Emmy for Best Writing for a Comedy Series. Well deserved. (Note that the Internet is mad at Jimmy Kimmel for some antics he displayed during her acceptance speech, but Brunson has said she’s not personally mad at him.) The show lost out to Ted Lasso for Best Comedy Series. Boooo!

You can read our feature interview with Quinta Brunson — back when Abbott Elementary was just starting out — here.

Weirdos Are Buying Elon Musk Memorabilia From His Days at Penn

In an example of people having too much time and money on their hands, collectors, if you can call them that, are bidding on a trove of photos and other items from Elon Musk during his time in Philly at Penn. The pieces have been put up for auction by an ex-girlfriend of his, who also went to Penn. As of Tuesday morning, there were more than 23 bids for a birthday card Musk made out to her, with the top bid at $10,001. Seriously, if you are thinking of getting in on this, get in touch, and I’d be happy to give you some other ideas of what to do with that money.

The popular Philadelphia rapper PnB Rock was shot and killed at a restaurant in Los Angeles on Monday afternoon. Reports indicate that the shooting occurred during an attempted robbery of his valuable jewelry. In a bit of cruel irony, PnB Rock just gave an interview where he made note of how criminals in Los Angeles had been targeting rappers for their jewels. Everybody from Nicki Minaj to Phil Murphy to Meek Mill to Kenyatta Johnson has been taking to social media with their memories and condolences.

I’m sorry. I got nothin’ for ya. It was one of those days. Nothing happening if you discount the usual crowd of bloviating blowhards blabbing about who did what right and who did what wrong and whose rotator cuff seems janky and which coach had damn well better shape up before the next game, like any of them would have the cojones to stand in there instead. Yawn. I hate that crap. Sorry. Not sorry.