Can a Sex Shop Just Open In Your Neighborhood Without Permission?

NoLibs residents want to know now that Hustler Hollywood is invading their space. The answer isn't a simple yes or no. 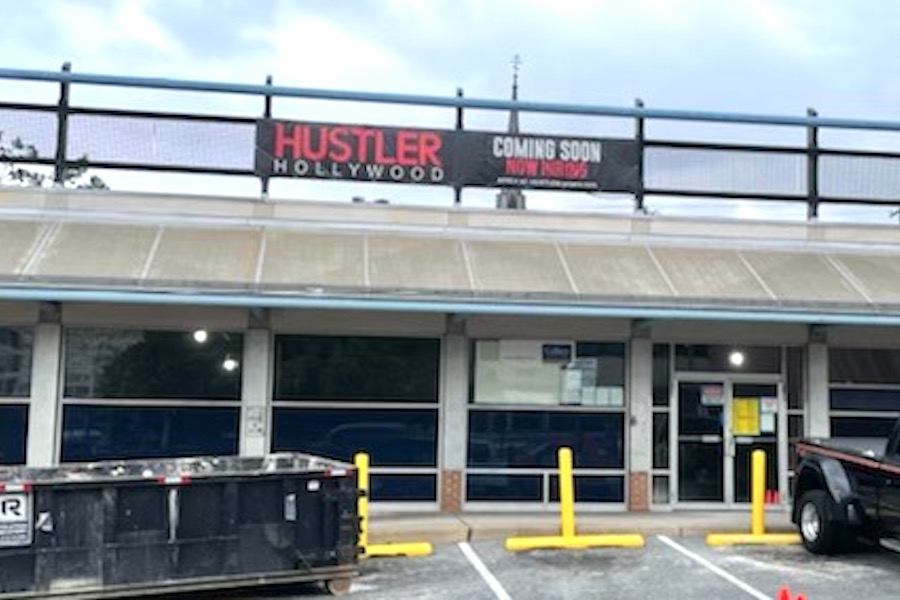 Northern Liberties has a lot going for it: great restaurants, beautiful houses, cool boutiques. And, well, a Target. One thing Northern Liberties does not currently have: a sex shop. But Hustler Hollywood aims to change that.

Hustler Hollywood is the retail arm of Flynt Management Group, the Hustler adult entertainment empire established by Larry Flynt, who died last year. His widow, Liz Flynt, now sits at the helm of the company, and she’s been opening Hustler Hollywood stores all over the country. There are currently just over 40. Hustler Hollywood sells a wide variety of lingerie, sex toys, and other adult novelties.

Major cities including New York, Chicago and Miami have their own Hustler Hollywood locations, as do places like Boise and Baton Rouge. But the Hustler Hollywood in Northern Liberties would be the Philly region’s first and only location. And some residents are none too pleased that the honor has been bestowed on their neighborhood.

As soon as the Hustler Hollywood sign went up on the 300 block of Spring Garden Street in the past couple of weeks or so (around the same time that a job posting for store manager went up on Zip Recruiter), the impending shop became the talk of the neighborhood, with lots of handwringing on social media. (There were also plenty of posts expressing that said handwringing was just plain silly.)

“If I were looking for a house in Northern Liberties, I definitely wouldn’t buy one within two blocks of a sex shop, and that’s just where I’ll be once this place opens,” one Northern Liberties mom, who asked to remain nameless, told me. “We need more family-oriented options. I’ll go out of my way to not walk my kids by there.”

I reached out to the Northern Liberties Neighbors Association, and an NLNA rep told me she hadn’t had a chance to delve into the controversy just yet. “But it’s not like there’s such a thing as sin zoning,” she said, suggesting there’s not much the neighborhood can do about the shop.

But there is sin zoning. Sort of.

A zoning permit for the location was issued at the end of June, the approved use being the zoning category “Retail Sales of Wearing Apparel and Accessories.” Here’s how that’s defined in the zoning code:

Uses that sell or otherwise provide goods to cover, protect, or visually enhance the human form. This use subcategory shall include establishments that sell jewelry, watches, and other related goods and may provide repair, custom fabrication, and cleaning, provided that such activity is clearly incidental to the principal use of the establishment.

But according to Sarah Adamo, the legislative affairs manager and zoning administrator for the Department of Licenses & Inspections, the applicant for that permit didn’t mention anything about Hustler or sex toys on the forms. “There was no indication of the type of store that was proposed or the name of the tenant,” says Adamo. “The permit was issued based on the applicant’s identification of the use.”

It so happens that there is a special zoning permit and approval process for retail establishments that fall under “adult-oriented merchandise,” as the zoning code puts it. But — and this is an important but — a store only requires this type of permit if 20 percent or more of its floor area or stock is made up of …

Oh, I’ll just quote right from the zoning code (which seems a little outdated, given the inclusion of CD-ROMs):

Should that use of the retail space change once the store opens (no doubt some puritanical local will show up with a tape measure), the shop would be in violation of its zoning approval and would need to meet with the community and obtain the appropriate permit, Adamo explains.

Philadelphia zoning lawyer Vern Anastasio says that while it’s not exactly common for all of that to happen, an inspector could visit Hustler Hollywood, and if it was in violation, the inspector would likely give the store a chance to rectify the problem on the spot. And if it didn’t? “Ultimately, they could be shut down,” confirms Anastasio. He cites as an example a store that applied for a license meant for a grocery store — he can’t recall the name — but wound up primarily being a smoking and marijuana paraphernalia shop. And it was shut down.

A spokesperson for Flynt Management Group didn’t respond to repeated requests for comment.