The Philadelphia Police Department approved my application to carry a concealed firearm in less than a day. I had to provide references, but nobody contacted them. Easy peasy. 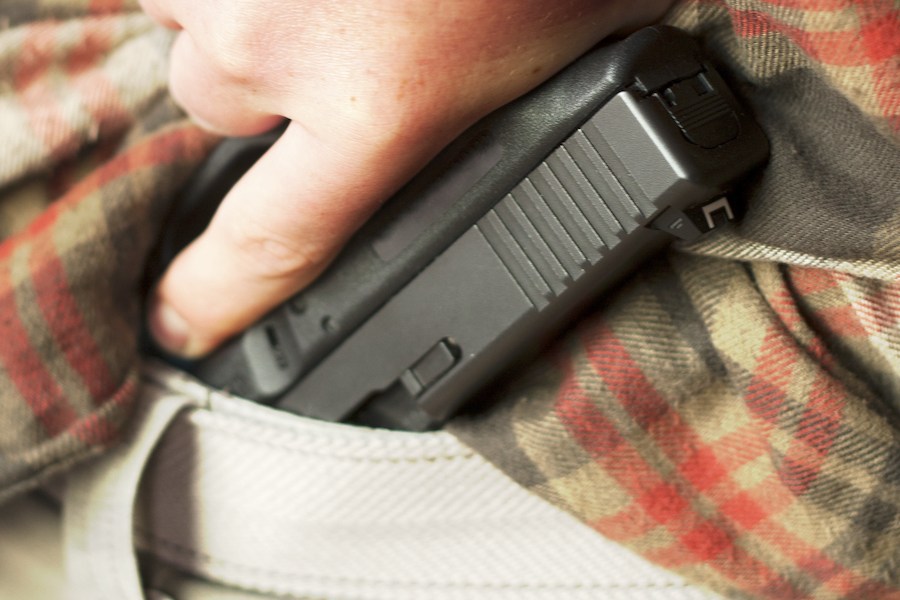 After you get a Philadelphia gun permit, you too can carry a concealed weapon like this. (Photo via Getty Images)

Back in April, I noticed a ditch in the middle of my busy Philly street. Not a pothole. A ditch.  Over and over again, all day long, trucks and buses would hit this troublesome chasm, making a loud noise and rattling my aging windows.

On May 4th, I reported said ditch to 311, the city’s municipal services hotline. They referred the matter to the Streets Department. The window rattling carried on for weeks and weeks. With traffic continuing to barrel through it, the ditch grew and grew.

Finally, in July, more than two months after my initial report, a crew came out and appeared to fix the problem in a matter of hours. That’s all it took. Then, within days, workers showed up again and for some reason ripped up the street that had just been fixed. A few days later, they fixed it again. I imagine, or at least I hope, they had a good reason to do this.

Stories like this abound in Philadelphia. And it is stories like this — whether about fixing the streets, trying to deal with the Department of Revenue, or getting permits for your small business — that can leave the citizenry of the city with the sense that our municipal government is inefficient, impenetrable, and, at times, grossly incompetent.

But before you make any judgments like that, before you cast your aspersions, you might consider another service the city provides: issuing licenses to carry concealed guns. The process for obtaining a license to carry in Philadelphia is the epitome of ease, speed and efficiency. In fact, it’s downright smooth.

Earlier this year, I learned that these applications had risen dramatically in 2021. You don’t need any kind of permit or license to own a gun in Philadelphia. You don’t need to register your weapon with the city. But if you want to carry a concealed gun around with you, that you need a license for. And it is applications for these licenses that had skyrocketed. And by skyrocketed, I mean they sextupled from where they were in 2020.

That surge was, no doubt, influenced by concerns over soaring crime numbers and a general feeling among some residents that the city is in a state of chaos and lawlessness. There’s likely another factor as well: The city simplified the application process just before 2021 after gun advocacy groups sued the city, claiming the process was too long and cumbersome.

So just how easy is it? I decided to find out — both to test the process out because I’m a curious person, and also so I could legally carry a gun if I wanted to in the event of a zombie apocalypse (though I’m pretty sure we won’t be too worried about gun permits in a zombie apocalypse scenario).

But before I tell you about my adventures obtaining a gun permit, I should, for comparison’s sake, tell you just how difficult it used to be to get a license to carry in Philadelphia.

The old process was the source of lots of complaints. It was slow. Tedious. It was downright absurd, as former Philadelphia newspaper scribe Stu Bykofsky chronicled in a 2017 column about his attempt to obtain a gun permit. 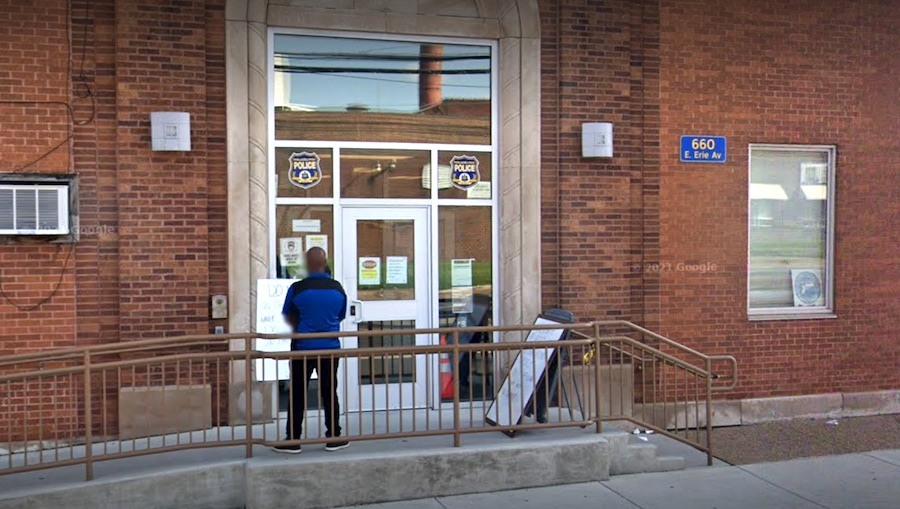 According to Bykofsky’s reporting back then, applicants had to show up in person at the Philadelphia Police Department’s Gun Permit Unit between the hours of 8:30 a.m. and 1 p.m. with a two-inch-square head shot, state-issued identification, two proofs of Philadelphia residence, and proof of United States citizenship. Oh, and get this — you also had to bring a freaking money order (no cash! no checks! no credit cards!) and only one issued by the United States Postal Service.

Upon arrival, applicants would wait in line to check in. Then came the wait for an interview with a police officer. Then another wait for fingerprinting. (Bykofsky said his initial visit, from check-in through fingerprinting, lasted more than two hours.) After that, the wait for a decision would begin. Police would sometimes take up to 40 days to make a decision. And how was that decision communicated? Good old United States snail mail.

If approved, the applicant would head back to the Gun Permit Unit, where they would wait in line to be photographed and then sit and wait for police to issue the gun permit card.

That’s a lot of hoops to jump through to get a license to carry a gun. It’s enough to make a Texan’s head spin, especially considering that you don’t need a permit to carry a concealed gun in the Lone Star State, just as you don’t in more than a dozen other states.

But the new process here is as speedy and uncomplicated as the old one was slow and complex.

Instead of heading over to the Gun Permit Unit to apply, you now do so on this website.

The site asks you all the basic information — name, social security number, address, etc. — plus some demographic information like race and gender, the choices for the latter being limited to male or female.

You’ll also need to provide the names and contact information for two references, who cannot be relatives. And be ready to upload photos of your government-issued photo identification and one proof of residency, which can be as simple as a cell phone bill with your address on it.

Once you’re done with that page, the site asks you a series of 12 questions. A few examples:

After that, you pay (yes, you can use plastic!) a $20 fee for the permit, a $1 credit card fee, and, because of course, a $4 “processing fee” for a total of $25. And that’s it. I breezed through the online application in less than ten minutes.

I gave my two references, both gun owners, a heads up that they’d be getting a phone call. They didn’t hear from anybody. I sent my application in at 2:06 p.m. on a Thursday. And, what do you know? On Friday, less than 24 hours later, an email appeared in my inbox. My application had been approved. Voila. No references checked. (A police source later told me that investigators usually only call references if they find red flags elsewhere in the background check.)

The next and final step was to make an appointment — you pick your date and time online — to go to the Gun Permit Unit to get your little card. The next date they had available that was convenient for me was a few weeks away (there were plenty of earlier slots that were open), and I made an appointment.

When I showed up, I expected a long wait and some kind of interview. But neither happened. I gave my name and sat for a few minutes before a cop called me over to take a (terrible) picture of my face. A few minutes after that, I was back in my car. My brand new license to carry was sitting in my wallet. No interview. No fingerprinting. Like I said, easy. Like Sunday morning.

Whether or not all of this new gun permitting is a good thing depends on who you ask. One side likes to say that concealed carry permits increase public safety — the ol’ good guy with a gun argument. They’ll point to anecdotal evidence they say supports those claims. Just watch Fox News, and you’ll hear plenty of that rhetoric. The other side maintains that concealed carry doesn’t make us any safer and might, in fact, lead to more crime.

Only one thing is certain: If the city would just sic the people in charge of gun permits on all the holes in the streets of Philadelphia, we might really be on to something.