Planned Parenthood isn't the only abortion provider offering support to those seeking abortions. Here are other worthy organizations you can donate to. 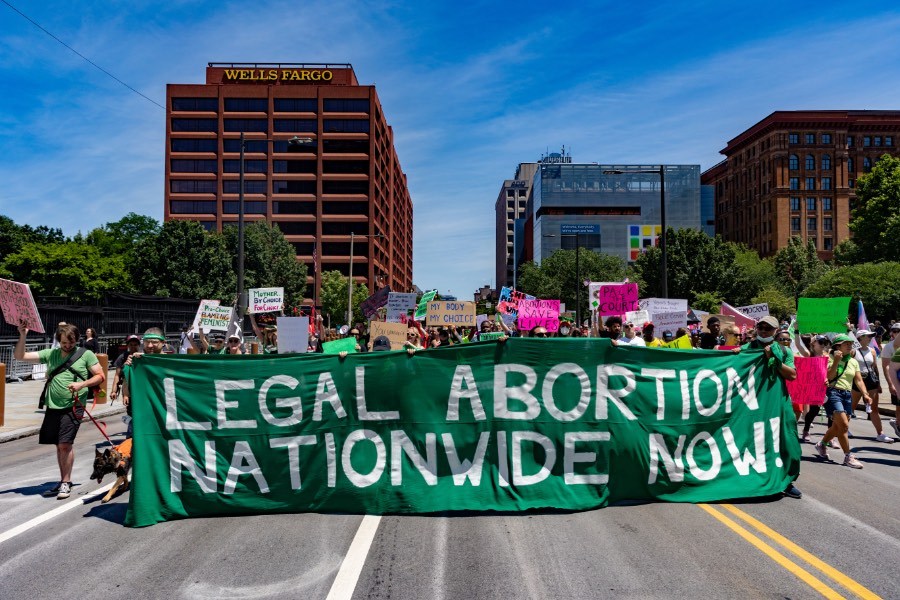 After the Supreme Court overturned Roe v. Wade, many abortion funds saw an influx of donations. Here are eight to support. / Photograph by Hannah Beier via Getty Images

After the Supreme Court overturned Roe v. Wade in late June, eliminating nearly 50 years of federal abortion protections, many people jumped into action: taking to the streets in protest and opening up their wallets to donate unprecedented amounts of money to abortion funds, which promise to support women seeking healthcare in the many states where access to abortion is now illegal or significantly curtailed.

But there are a lot of abortion funds out there — so where to donate? Planned Parenthood, as the nation’s largest and most well-known abortion care provider, might be near the top of your list based on name recognition alone. But Planned Parenthood frequently receives large donations, including a record-breaking $275 million from MacKenzie Scott, Jeff Bezos’s ex-wife, in March. While donating to the Planned Parenthood chapters of Southeastern Pennsylvania or Western Pennsylvania isn’t fruitless, these organizations have a broader focus on reproductive rights issues and are less focused on simply helping people get abortions right here and right now. With that in mind, here are eight other reputable organizations for you to donate to in the post-Roe world.

This abortion fund has been around since 1985, when Pennsylvania prohibited state Medicaid coverage of abortions. Now the state’s largest abortion fund, the Abortion Liberation Fund has a long legacy of ensuring equitable abortion care, providing people with counseling, information and financial support. Abortion providers here are already experiencing increased demand and call volumes, from Pennsylvanians and out-of-state residents alike, and the Abortion Liberation Fund is no exception. You can make a one-time or recurring donation, buy merchandise, or organize community events with the resources on the fund’s website.

In 1995, this grassroots nonprofit organization was created to help increase access to the Allegheny Reproductive Health Center in Pittsburgh, which has provided abortion care to people in central and western Pennsylvania, Ohio and West Virginia. That will be all the more important today, now that Ohio has passed a law banning abortions after six weeks and West Virginia has outlawed the procedure altogether. The fund helps pay for abortions and also covers travel expenses.

Opening in 1972, Pennsylvania’s first outpatient abortion provider is still one of its most reliable, providing medication abortions up to 10 weeks and surgical abortions up to 24 weeks. The center has already seen an influx of Ohioans and West Virginians post-Roe and, like many other abortion providers, they’re currently inundated with calls. (Call-back times can be as long as three days.) Luckily, there are a number of ways to support the Women’s Center’s abortion services, not only in Philadelphia but at their other locations in Cherry Hill, Delaware County, Hartford, and Atlanta. The Philadelphia and Cherry Hill locations receive funding from the National Abortion Fund and the Abortion Liberation Fund of PA. Alternatively, you can donate directly to The Women’s Centers Abortion Access Fund linked on their website.

This organization may be in a different state, but it serves Pennsylvania residents all the same, providing financial assistance to those living in or traveling to New York for an abortion. Though abortion is currently legal in New York, the NYAAF recognizes that cost is a significant barrier to safe abortion care for low-income communities and has made grants available not only to patients in states where abortion faces significant restrictions such as Texas and Utah, but also to patients in New York, Pennsylvania, New Jersey and beyond. You can donate online, and the all-volunteer organization is always looking for help with a variety of tasks.

Founded in 2014, this Maryland nonprofit offers financial assistance and practical support for abortion-seekers living in and out of state. Your donation will not only help to fund procedural abortions throughout the state, but will also help to expand BAF’s Practical Support Program providing transportation, lodging, and translation services to those who need them.

Logistical challenges of getting to an abortion provider can often be a significant barrier to receiving care. With that in mind, this national service located in New York helps individuals secure transportation, lodging, meal assistance and childcare. Though the Brigid Alliance doesn’t provide financial support for appointments, the resources it does offer can often be invaluable for individuals seeking care.

Celebrating its 30th anniversary last year, the nation’s largest independent nonprofit abortion fund is well-equipped to assist patients in all 50 states when it comes to paying for emergency contraceptives or abortion services. The Los Angeles-based organization hosts trained volunteers who staff its telephone hotline five days a week and works with over 700 clinics nationwide to help cover patients’ medical expenses. There are a number of ways you can donate, including by supporting the KIIRA Fund, which provides funding to people relying on community-based clinics.