“They can’t even answer the phones quick enough. The call-back time is three days, not even the scheduling time. To get the clinic to call you back for the abortion is three days.” 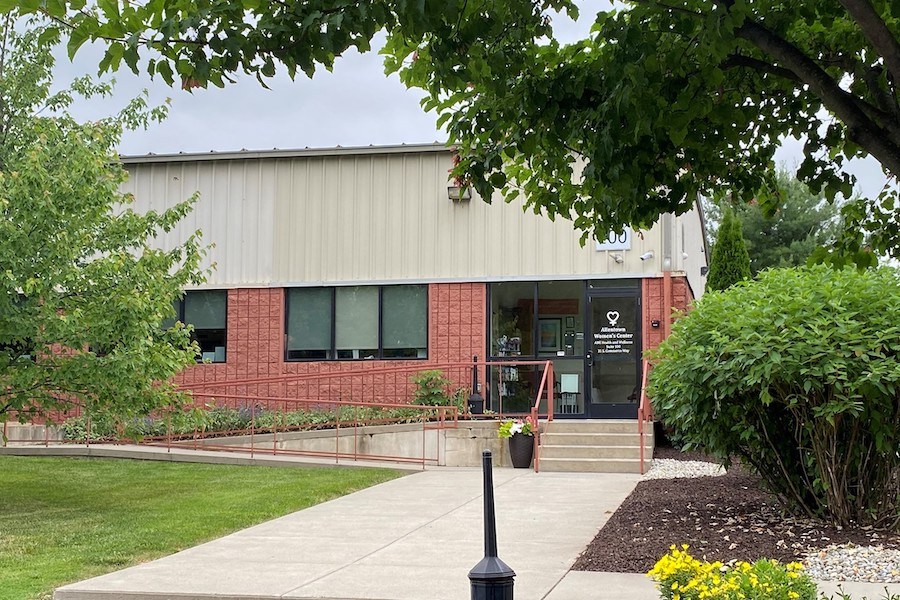 In the days since the Supreme Court’s reversal of Roe v. Wade, two of Pennsylvania’s closest neighbors have criminalized abortion and pregnancy. Thanks to a trigger ban in West Virginia that reverts state law back to pre-Roe standards, abortion is now illegal entirely, and anyone who provides abortion services may be imprisoned up to 10 years. Challenges to the legislation, which hasn’t been active since 1973 and was first created in the 1800s, are in progress. But they may take a while.

Over in Ohio, a ban that makes abortion legal only for the first six weeks of pregnancy went into effect within 24 hours of the Supreme Court’s ruling, after Ohio Attorney General Dave Yost lifted an injunction on the so-called “heartbeat bill” introduced in 2019.

Without access to abortion in their home states, Ohio and West Virginia residents are traveling to western Pennsylvania and even further, to Philly-area facilities, for care. “The clinics in western Pennsylvania are at this point extremely overwhelmed with the number of calls and appointments that they are getting from Ohio, West Virginia and the bordering states,” Allentown Women’s Center staff member Ash Turner says. “We’re getting overflow from that.”

Turner found out Roe had been overturned while checking a patient into the clinic on Friday, June 24th. “That day was absolutely hectic and frightening,” Turner says. “It was fully expected, but at the same time, you like to have hope that that couldn’t happen.” Turner is one of 13 staff members at the Allentown clinic, which has been providing abortions since 1973 and now offers gender-affirming services and trauma-informed gynecological care as well. Turner does just about everything one is allowed to do for the clinic: answer calls, prep patients for appointments, sterilize equipment in between surgical procedures, and handle social media and outreach coordination efforts.

Allentown Women’s Center typically sees patients who live within the immediate Lehigh Valley area as well as the occasional pregnant person from Scranton or slightly further west. But this week, most of the people looking to schedule abortions are coming from Ohio, Turner says.

Usually, the clinic sees a maximum of 30 patients per day. This Thursday, there were 37 appointments scheduled. Last Saturday, the staff at Allentown Women’s Center arrived early and left late to catch up with appointments.

Allentown Women’s Center remains in close communication with abortion clinics in the western half of the state, who held a conference call earlier this week with a group of Pennsylvania providers. During the call, the western Pennsylvania clinics requested staff and volunteers from elsewhere in the state in an effort to manage the influx of calls they’re receiving from patients right now.

One of the people on the call was physician Lisa Perriera, chief medical director at the Women’s Centers, which have offices in Cherry Hill, Delaware County, Philadelphia, Atlanta and Hartford. “Western Pennsylvania is completely flooded with patients from West Virginia and Ohio,” Perriera says. “They can’t even answer the phones quick enough. The callback time is three days—not even the scheduling time. To get the clinic to call you back for the abortion is three days.” Philly Mag repeatedly reached out to Allegheny Reproductive Health Center for comment but never got through on the phone or got a response to voicemail.

In addition to overseeing the medical operations at the Women’s Centers, Perriera regularly provides abortions at the clinic’s locations in Philadelphia and Cherry Hill. On Tuesday, when she was working in Cherry Hill, she says, she took care of a patient from Ohio.

“Because we’re farther from Ohio and West Virginia, we’re our normal busy but are thinking of ways to expand our access so we can see more people,” she explains. Perriera’s expansion initiative requires help from anyone with a medical background, including nurse practitioners and midwives in New Jersey who are allowed by state mandate to offer medication abortions and first-trimester surgical abortions. (In Pennsylvania, only physicians can prescribe medication pills or perform an abortion of any kind). The clinics that Perriera runs have roughly 60 to 80 appointment slots per day.

Travel expenses are a primary barrier for out-of-state patients who come to Pennsylvania or New Jersey seeking an abortion, Perriera says. Pennsylvania law mandates that a person seeking an abortion have a consultation with a doctor 24 hours in advance of a procedure, even for a medication abortion using the FDA-approved pill mifepristone. Follow-ups are often recommended within a few days of the procedure to ensure the patient doesn’t need additional care. “It’s the time off from work, and who’s going to watch their kids?” she says. “That makes it hard for them to get to us. But if we can help them or if they can get to us, we want to be able to see them.”

Perriera says she never wants people to make a choice about how to have an abortion based on how much money they have. (Medication abortions in Pennsylvania cost around $500, and later-term surgical procedures can cost $2,200, depending on the pregnancy term.) To help offset the financial burden, the Women’s Clinics in Cherry Hill and Philadelphia currently receive funding from the Justice Fund through the National Abortion Fund as well as through the Abortion Liberation Fund in Philadelphia.

The uptick in out-of-state patients at Philly-area clinics signals that abortion won’t go away just because it becomes illegal. “This just points to the fact that folks are going to always seek abortion care,” Perriera says. “This ruling is so short-sighted. And it’s not what most of America wants.”

Perriera is clear with her patients that Pennsylvania’s future abortion care depends in part on the outcome of the November gubernatorial election: “Today when I was taking care of patients in Philly and giving them their abortion pills, I said, ‘Listen, you have to vote. You have to understand that if you don’t vote for the Democratic candidates in November, abortion will not be available to you again.’”