So I stopped pitting cherries and researched Pennsylvania abortion law and history instead. Here's everything I learned about our current status and what lies ahead now that Roe v. Wade has been overturned. 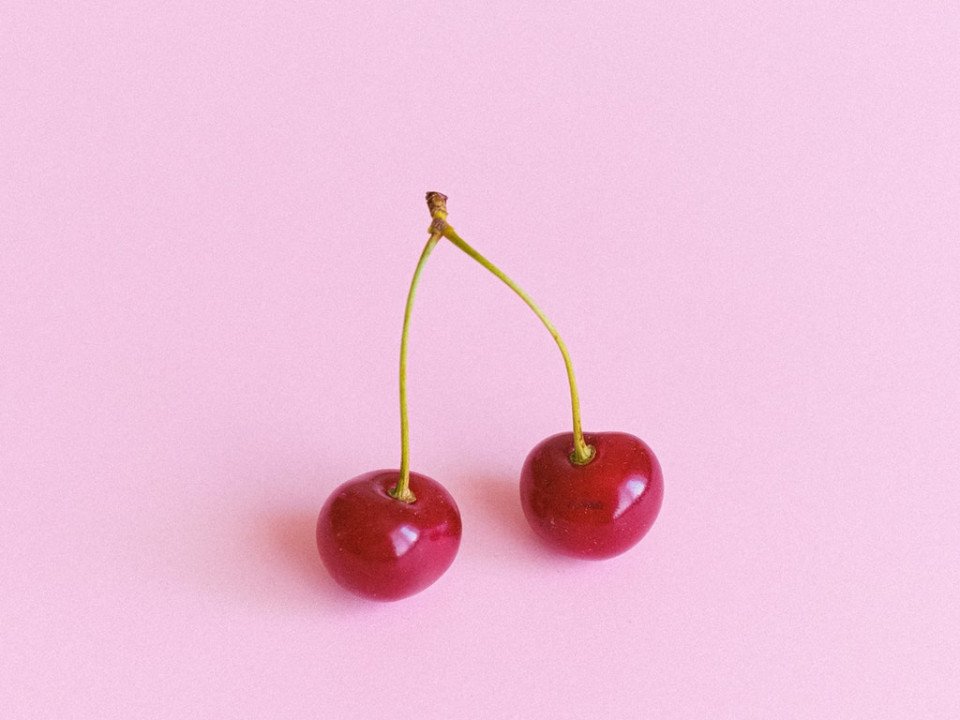 On Saturday afternoon, I was pitting cherries in the Catskills.

These cherries weren’t being pitted for sport or the love of the game. They were instrumental in my boyfriend’s dinner plan, the finale of which involved a tart with a crisp sucrée crust filled with plums, cherries, and a drippy bath of brown sugar caramel. When it comes to home cooking these days, I contribute about as much as my cat (who has neither opposable thumbs nor the will to consume anything other than canned chicken pâté). So as I sat in our mountain rental with not much else to do, I volunteered for the worst part of tart prep: extricating those woody little nubs from each cherry’s soft, squishy flesh.

There’s no elegant way to pry a pit from its cherry home, unless you happen to own a cherry pitter after having succumbed to a particularly boring retail-therapy moment with a SkyMall catalog in 2011 (or you, unlike the author of this piece, have long been aware of a certain TikTok hack). Otherwise, cherry-pitting should be reserved for punishing children or girlfriends who don’t help around the kitchen enough. The project resists shortcuts. Remove the stem, slice around the cherry’s perimeter so the halves reveal themselves, and then jam your index finger into the pit until it loosens.

Hands stained with dark red splatter, my productive cooking partner blasting Neil Young on YouTube with interrupting ads, I started thinking about murdering embryos. Cherries are vaginal little guys, aren’t they? Gushing and juicy and cavernous. I don’t always have vulva on the brain (just some of the time), but fruit certainly brings it out in me. So does being stripped of fundamental rights on a summer Friday in June. Just girly things, I guess.

My Catskills birthday weekend wasn’t supposed to intersect with the federal dismantling of my body’s autonomy — and all pregnancy-having bodies’ autonomies — but the Supreme Court must have gotten its schedule mixed up with the year 1452. So there I was, trying desperately to avoid the horrors on the other side of my phone screen and to avoid weekend work messages asking for pitches about how to cover the news. When denial finally lost its shine and my anxiety neural connections powered their way through, my mind jumped straight to “What next?” But in this case, I didn’t even understand what now might look like.

As I stood covered in cherry blood, it dawned on me that I knew more about stone fruit than I knew about abortion law in Pennsylvania, one of four battleground abortion states with crucial elections this fall.

It was easy to know about the cherries. I wanted to know about the cherries. They were right in front of me, and they were sweet, albeit annoying to prep. The logistics of procuring an abortion felt further away, at least for someone like me — someone who lives in a city, someone who is white, straight, cis and able-bodied and, realistically, who could call in $2,000 worth of financial favors from her family if need be.

When I got back to Philly on Sunday, I vowed that I would never again know more about cherries than I do about abortion in my home state. I would rather churn through the fine print of what’s happening in this remarkably distressing country of ours and feel despair than avoid the reality and feel despair.

Here’s what I learned about abortion law in Pennsylvania.

In Pennsylvania, abortion is legal up until 24 weeks. Still, many hoops stand in the way of getting one.

• State mandate requires a patient seeking an abortion to consult with an abortion provider (even for the abortion pill, also called medication abortion).
• “Consulting” might include information designed to discourage a person from having an abortion and, in some cases, might come by way of an anti-abortion facility masquerading as a “pregnancy crisis center.”
• After a consultation, patients must wait 24 hours before a procedure. (The same is true for medication abortion.)
• Any minor seeking an abortion must provide parental consent.
• Only physicians can provide abortions in PA. No other health-care professional can provide an abortion. This is not the case in a far-off land called New Jersey, for instance, where midwives and nurse practitioners can treat patients seeking abortions.

This is all assuming you can find an appointment:

This is all assuming you can pay for the procedure:

• Abortion pills cost around $450 to $500. FDA-approved mifepristone can’t currently be banned by states, though that legal battle seems likely to be complicated. In order for an abortion provider to prescribe mifepristone and misoprostol in PA, they must test blood count and blood type as well as perform a “medically unnecessary” urine dip for glucose testing, according to a conversation I had with physician Lisa Perriera of the Women’s Center in Philly and Cherry Hill, NJ. These tests make mailing mifepristone and misoprostol or offering telehealth medication abortion services difficult for clinics in Pennsylvania, even though it’s technically legal to do so.
• Surgical abortion procedures can cost $500 during early stages of pregnancy and up to $1,800 to $2,200 for pregnant people in the 20-week zone. Cost fluctuates based on how far along a patient is and where a clinic is located.
• Because a person must wait 24 hours between consultation and procedure, many patients who travel to clinics will have to find a place to stay overnight, especially since abortion seekers cross into PA from neighboring states where abortion is now illegal (like West Virginia) or more restricted (like Ohio, where abortions are banned after six weeks).
• The state’s Medicaid health insurance doesn’t cover abortion except in very limited circumstances of rape or incest or if a patient’s life is endangered. In Jersey, state Medicaid covers a patient’s abortion in most cases.
• According to a maternity mortality study that looked at pregnancy-related death data from 2013 to 2018 in Philly, 75 percent of women with pregnancy-associated deaths were known to have Medicaid at the time of their pregnancy.

COMING UP ON THE REAL HOUSEWIVES OF ABORTION-RESTRICTING PA REPUBLICANS: MIDTERM ELECTIONS AND CHANGES TO THE STATE CONSTITUTION!

This fall, the Pennsylvania governor’s race will have direct impact on the way the state criminalizes pregnancy and abortion. Josh Shapiro, Jewish papa bear and Democratic attorney general, is set to run against Republican state senator and man who tweets Renaissance-esque fetus imagery and “celebrat[es] life!” Doug Mastriano. If Mastriano wins the election, he will make all abortion illegal — no ifs, ands, buts, or exceptions relating to rape or incest or life-threatening circumstances. In 2019, Mastriano introduced a bill to ban abortion after six weeks. It’s called the “heartbeat” bill, which is ironic both because he may not possess one himself and because the term is medically inaccurate — that gnarly lil’ tummy squirrel has no such organ at six weeks. “At this very early stage of a pregnancy,” a New York Times article states, “the embryo is the size of a pomegranate seed and has only a primitive tube of cardiac cells that emit electric pulses and pump blood.”

Aside from the outcome of the election, another threat to Pennsylvania abortion law looms. In June of 2022, 29 out of 49 PA state senators voted to amend Pennsylvania’s state constitution so it would prohibit all rights to abortion in PA. The bill is sponsored primarily by Judy Ward, who, if you can believe it, is a registered nurse and a likely candidate to bring terrible egg salad to a potluck. Here’s what the proposed amendment says:

Title 18 of the PA General Assembly’s consolidated statutes (a.k.a. the “Abortion Control Act”), which was added in 1982, states: “It is the intention of the General Assembly of the Commonwealth of Pennsylvania to protect hereby the life and health of the woman subject to abortion and to protect the life and health of the child subject to abortion.” Even this 1982 legislation reads moralistically, diverting attention from a mother’s choice and medical care by mentioning the child, who is intentionally positioned as a thing that has endured an act against it (“subject to abortion”).

Ward’s proposed amendment takes things 10 steps further and disregards the mother entirely in favor of protecting “every unborn child.” If passed, this language — language that intentionally personifies a fetus and is intrinsically connected to the anti-abortion movement — would open up a slew of criminalization opportunities for miscarriages, IVF, or other medical procedures prioritizing the safety of a pregnant person, particularly impacting poor women, women of color, and people with substance-abuse histories, who are already vulnerable to unjust surveillance and discrimination.

The constitutional amendment was first introduced in December 2021 and has been making the rounds through the state legislature. There’s a chance it will be on the ballot for PA voters as early as May 2023, regardless of who wins the gubernatorial race, since the governor doesn’t have veto power over amending the constitution. In order to move forward, the proposed amendment must pass the state House and Senate by majorities two sessions in a row, at which point it would be up to voters to accept or reject it as a ballot referendum.

This is all depressing information. Sorry. But it’s worth mentioning again that abortion remains legal in our state. Right now. At this very moment. And PA clinics and abortion advocacy groups, like the Abortion Liberation Fund of Pennsylvania, are seeking donations and volunteers.

I think I’d end up more discouraged if I were to twiddle my cherry-stained thumbs without a reality check on what’s happening in the state where I vote, where I can donate my time and my money, and where I can feasibly scream from my window and frighten the neighbors.

I didn’t know anything about abortion law in Pennsylvania because I didn’t need to. I still don’t really need to, even in the face of federal change. That line of “me-first” logic, blind to empathy, explains how people in power stay comfortable — how they can sit in their air-conditioning and enact laws without seeing those changes reflected in their own communities.

It’s easier to pit cherries than to contemplate the impact of abortion bans, but we’ve got a tart to make, people. And there are no cherries where we’re going.