Andriana Wilson was on her way home from a fashion shoot when she saw the crowds. 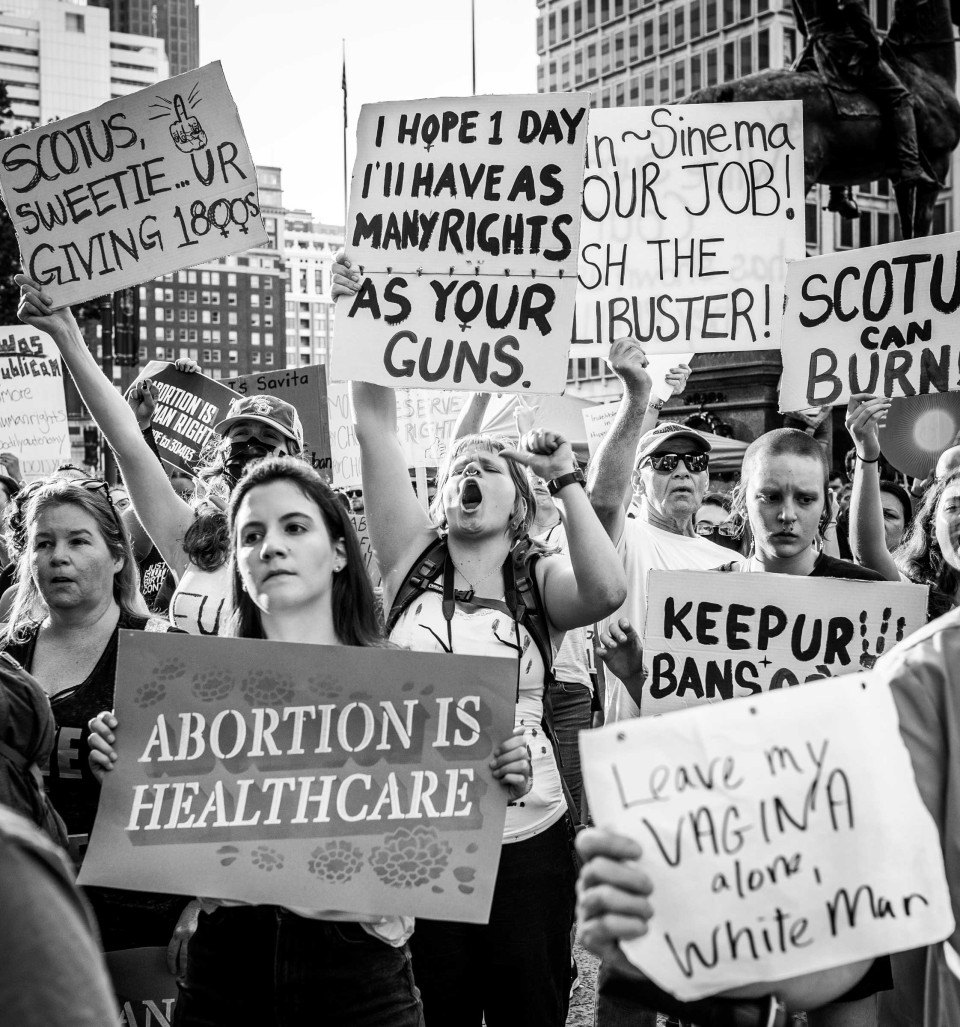 Photographer Andriana Wilson was about to get on a train at Suburban Station after her fashion shoot on South Street, when she noticed the crowds gathering at City Hall.

It was Friday, June 24th, and the Supreme Court had just handed down its Dobbs decision, overturning nearly 50 years of the reproductive rights Roe v. Wade had established. “I’m like ‘Okay, this is history,’” Wilson said. “As photographer, I felt like it was my duty to go out and capture it.”

“It’s a moment in time frozen. [Being a photographer is] the closest thing, to me, as being a superhero — we freeze time.”

Of her experience at the protest, Wilson recalls: “There were a lot of different genders and ethnicities, but we all felt like one unit. The energy and the support, it was very inspiring. I didn’t even realize how many people were there until I got home and saw it on the news.”

Wilson had never been to a protest before, she says, but she had more than just an artistic interest. When she was just 16 years old and growing up in Mount Airy, Wilson gave birth to her son — now a teenager. “But that was my choice,” she explains. “I sympathize with any person in that situation where they feel trapped. And that’s why I felt compelled to go.”

Of her own decision, Wilson reveals, “I grew up in a religious home, and I’m also religious. However, I believe in free will. God gave us free will, and we are not above God.” Despite having made a different choice than to terminate her own pregnancy, the concept of removing choice in this very personal and difficult decision goes against Wilson’s beliefs.

“It really opened my eyes to different experiences; we can’t put everyone in a box,” she continues. “I just hope that it puts things in perspective for people.”

As a street photographer, Wilson often opts to shoot in black and white. “It helps you focus on the detail. … I want you to look and see what I want you to see. When I really, really want you to pay attention, I take away the color,” she says.  The effect is clear in her striking photos from the protest, below. 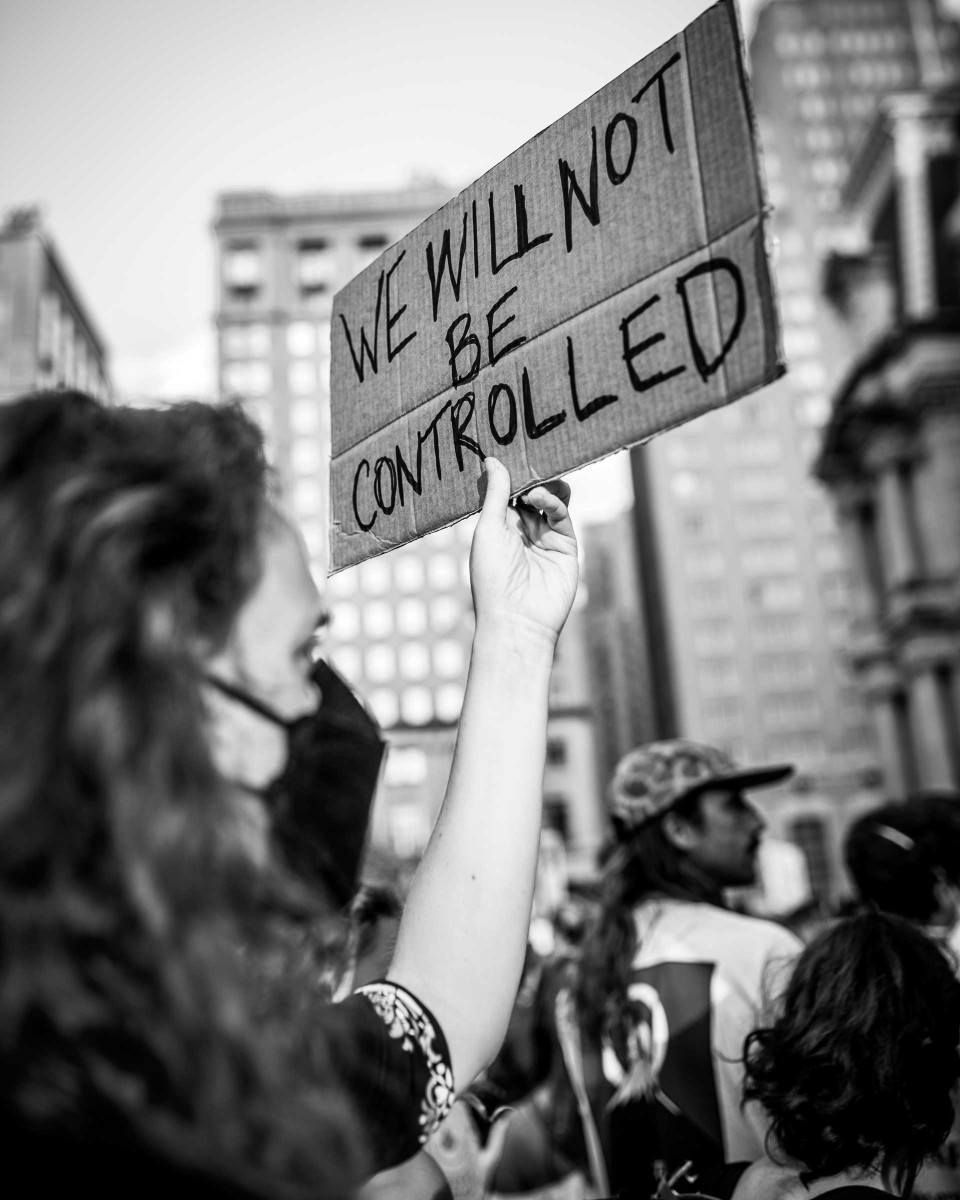 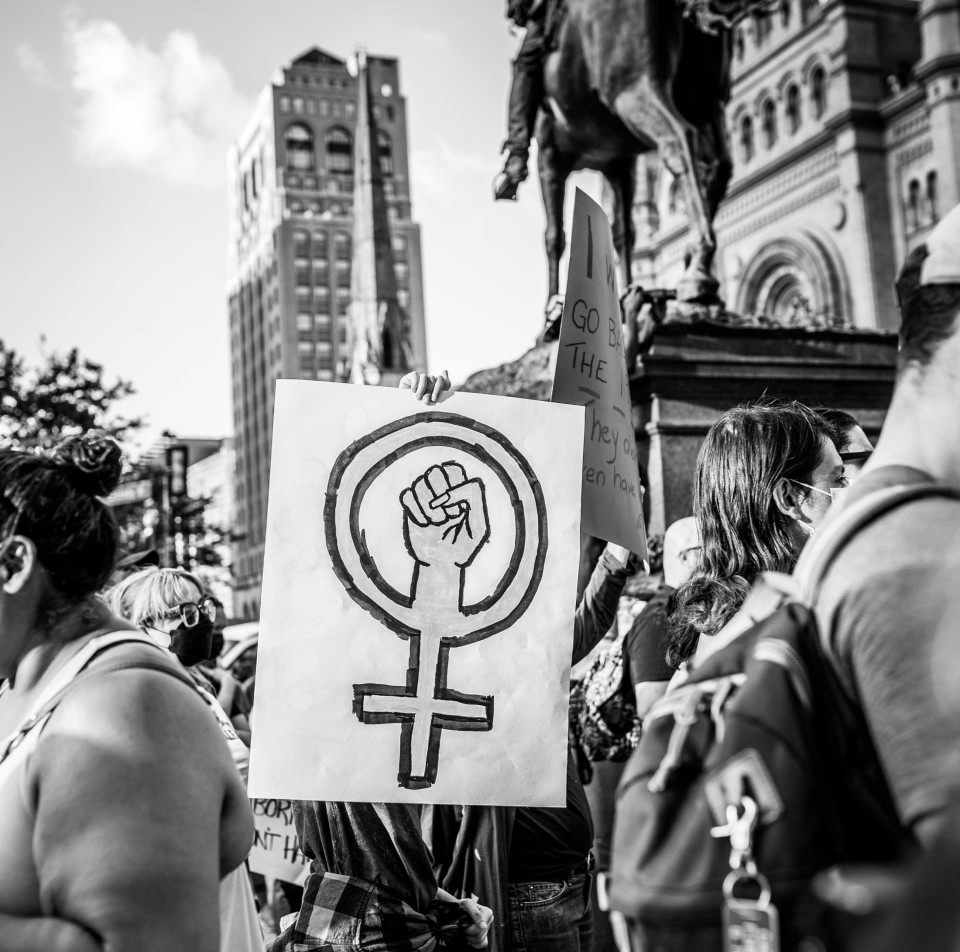 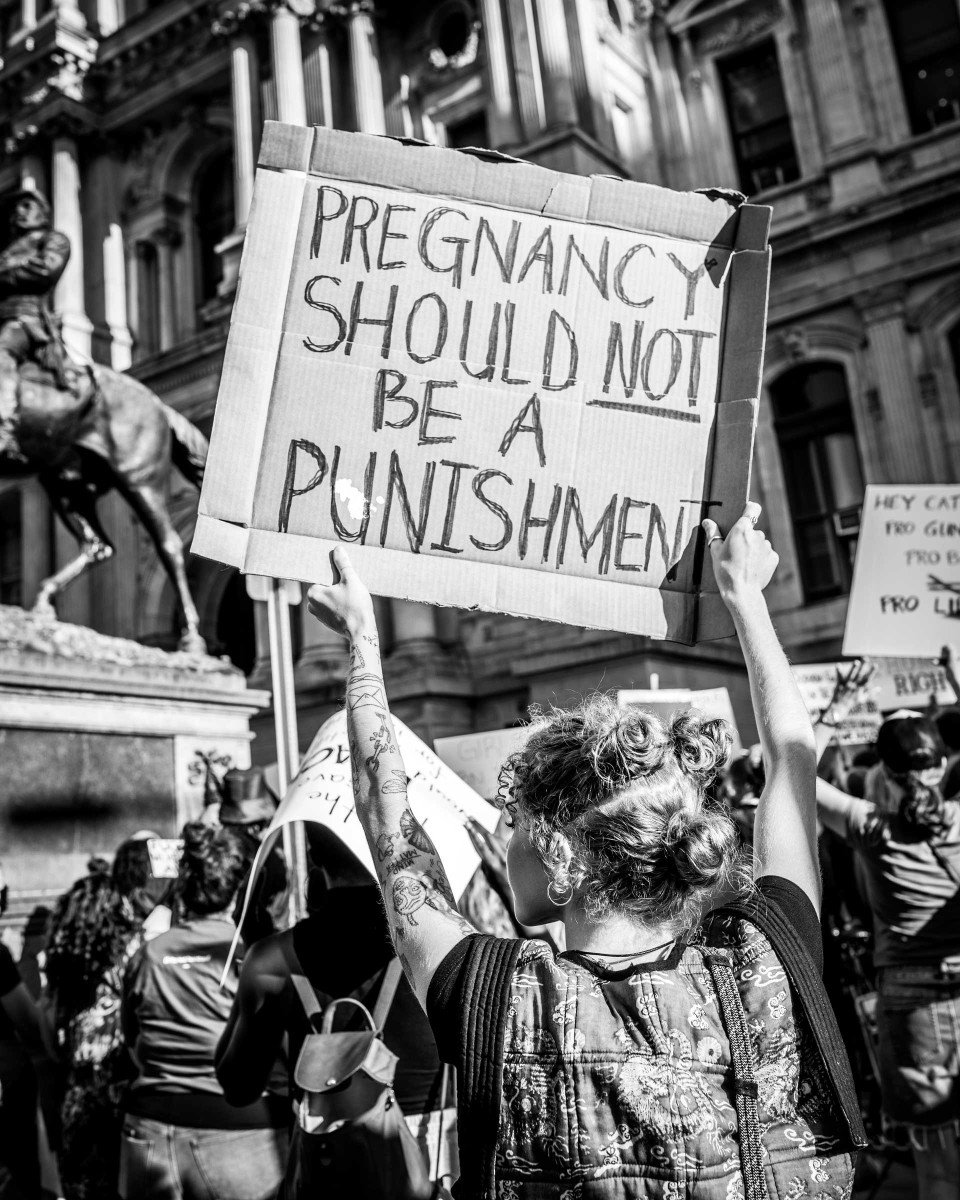 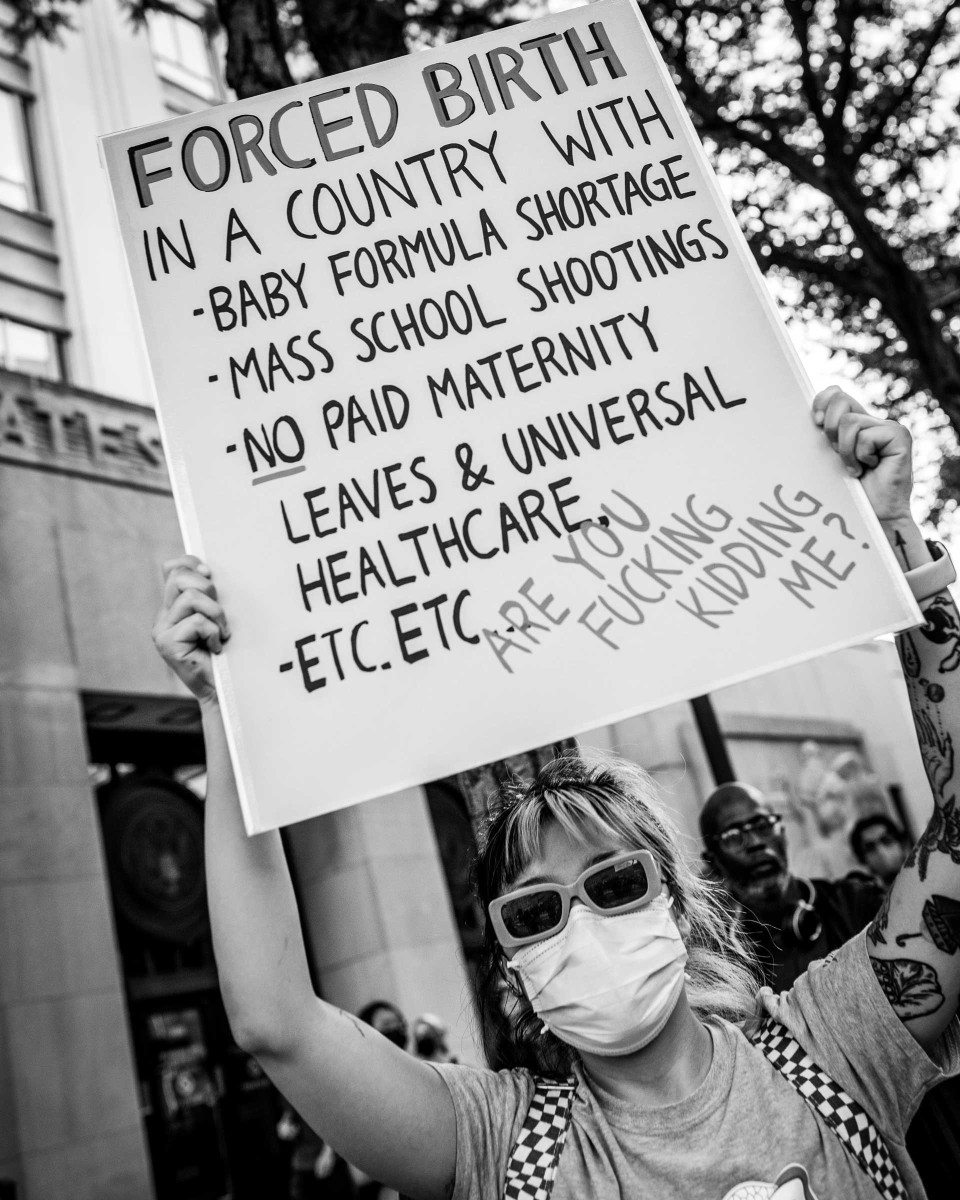 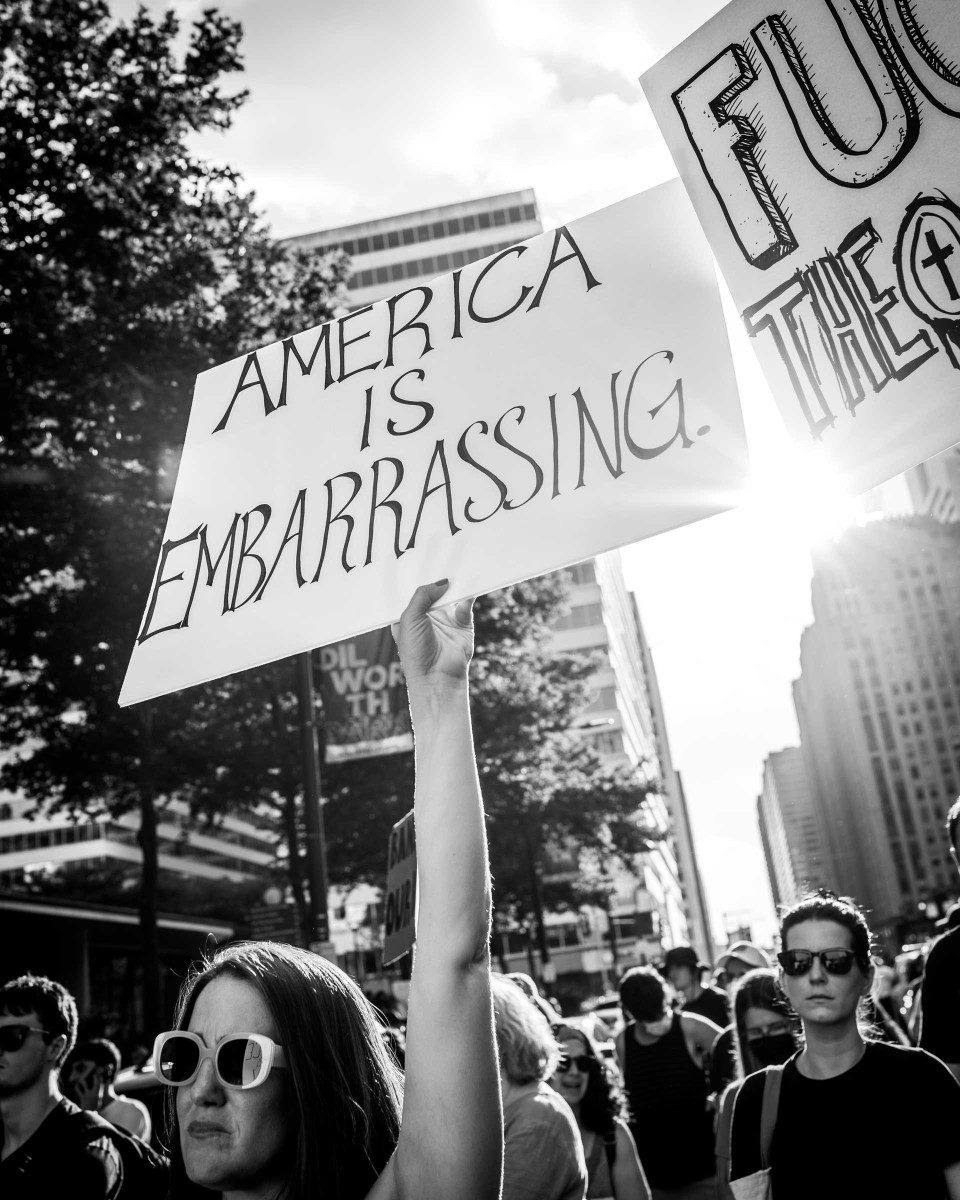 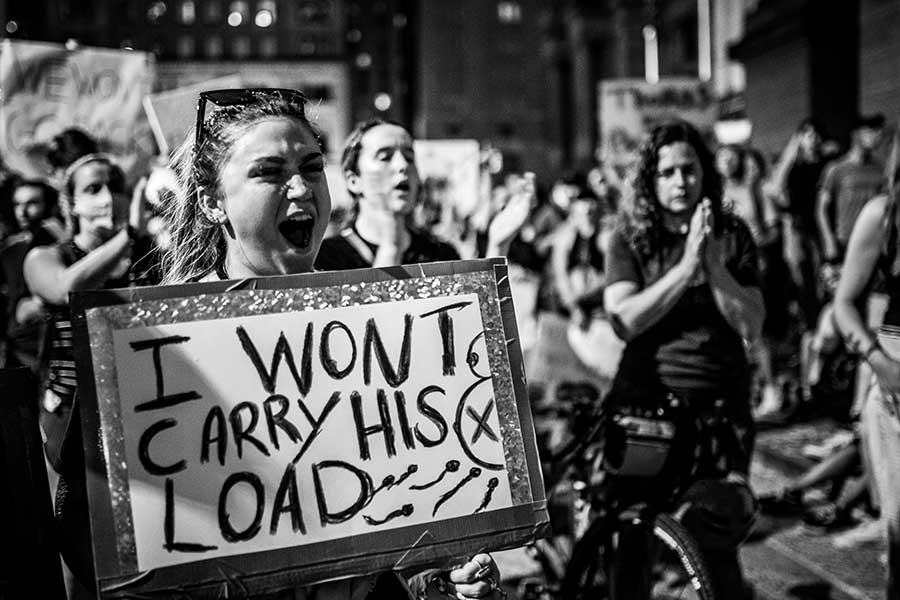