"We had some champagne last night," the South Philly resident told us less than 24 hours after getting the news. "But now I gotta go to work." 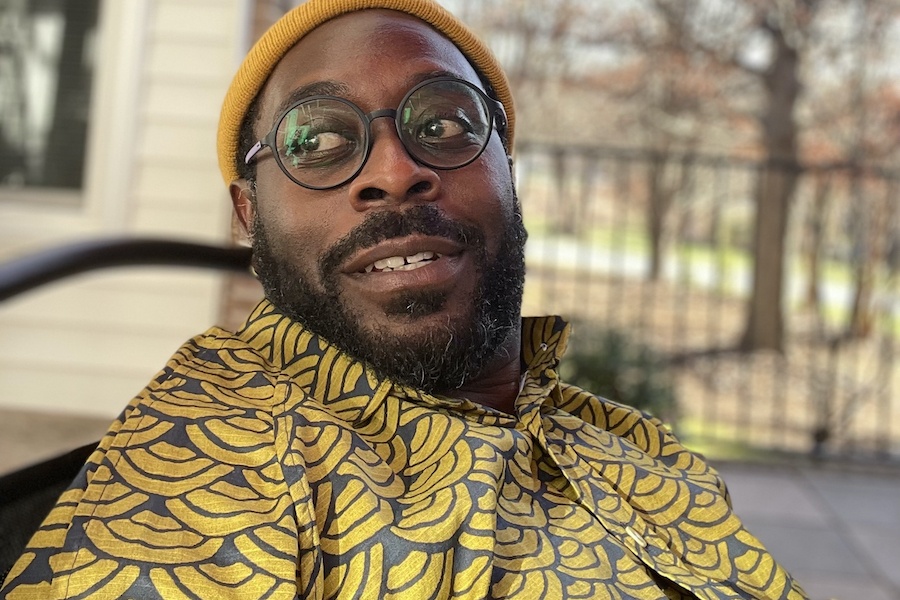 James Ijames, who just won the Pulitzer Prize for Drama for his play Fat Ham, an adaptation of Hamlet / Photograph courtesy of James Ijames

James Ijames’ Monday probably went a bit better than yours. That’s because Monday is when the 41-year-old South Philadelphia playwright found out he won the 2022 Pulitzer Prize for Drama for Fat Ham, his interpretation of Hamlet. The show streamed via the Wilma Theatre in 2021. That’s right: Fat Ham hasn’t even seen a live audience — until this week. We caught up with Ijames on Tuesday morning to hear all about it.

James, I have to say, I did not expect you to email me before 8 a.m. the day after winning the frigging Pulitzer.
[Laughs] I was up at six. I’ve been an early riser pretty much since the pandemic. The pandemic really changed my sleep schedule. And I have rehearsal today, so I need to get through some administrative work before that.

This sounds so boring. This is what you do within 24 hours of getting such life-altering news? You haven’t had any kind of celebration?
My husband invited Akeem Davis and Taysha Canales. We had some champagne last night. But now I gotta go to work.

How does one find out they won the Pulitzer? Is it like when you get a fat envelope from some college you applied to? Just an email?
I knew they were going to be making the announcement at 3 p.m. yesterday on a stream. And I actively avoided it. I said, I would just not be at a computer. I distracted myself, did some work and had the TV on in the background. Then I got the call from Leigh Goldenberg, who was watching the stream.

So, Fat Ham. Tell us about it.
Fat Ham is a very, very loose adaptation of Hamlet, transported to the backyard of a family who owns a barbecue restaurant in North Carolina. So I’ve moved the Court of Denmark to that location. And it becomes about how families can undo cycles of abuse and violence and free themselves from inherited trauma by choosing joy and pleasure.

And am I correct that this show has never seen a live audience?
Yeah, so the Wilma decided to do a film capture of it, and it streamed last year. I have so much appreciation for the Wilma, because they could have just said, it’s too hard, let’s not do it. But we figured out a way to make it work. We created a bubble for the cast and crew at some Airbnbs in Virginia. It all happened over the course of four weeks.

Why can’t I stream it now? Seems like this would be a good time to get it back online.
[Laughs] Equity [the labor union for theater workers] has a lot of rules and limitations on how you can stream. We could only do it for a certain amount of time. But now I think we have to figure out how to do it again. But it has had a continued life through the Wilma’s education program. Schools can use it for educational purposes, we just can’t sell it. So a lot of kids have been seeing it.

And now, talk about timing, you open Fat Ham at the Public Theatre in New York this week, right? First time before a live audience, days after scoring the Pulitzer.
We go into previews on Thursday, and from what I understand, it’s completely sold out.

You said you have a rehearsal today. Is that for Fat Ham.
No. I have three things going on right now. Fat Ham at the Public. And then in Philly, Azuka just opened my play Reverie on Saturday. And I’m directing Fairview, another Pulitzer winner, at the Wilma. So I’ve been bouncing back a lot between Philly and New York.

Tell us about those plays.
Fairview, which is by Jackie Sibblies Drury, is a play about perception and identity. In the beginning, we think we’re seeing a comedic drama about a Black family in a suburban home preparing for the birthday of the grandmother, the matriarch of the family. But over the course of the play, it all turns on its head. There are unexpected visitors who come in and change the structure and change the narrative of the play. And that’s all I want to give away.

And Reverie?
Reverie is a play about grief. A father who just recently lost his son finds a book in his son’s bedroom and there’s an address in it. So he shows up at the address and finds who he thinks was his son’s boyfriend and they wind up spending a lovely evening together and becoming what the other person needs. This is a very different play for me. Very quiet and delicate. Not very theatrical. A really tender play about grief and healing.

So what’s next in the world of James Ijames, as if you need more to do?
We’re going on a couple of vacations in June and July to visit my husband’s family in Florida and mine in North Carolina. At the end of June, I’m workshopping a new play that doesn’t have an ending yet. [Laughs]. And then school starts again — I’m an associate professor at Villanova. So there’s not exactly a lot of time for anything else.