When the arts world ground to a stop, artists did what they always do: found new ways to express themselves. 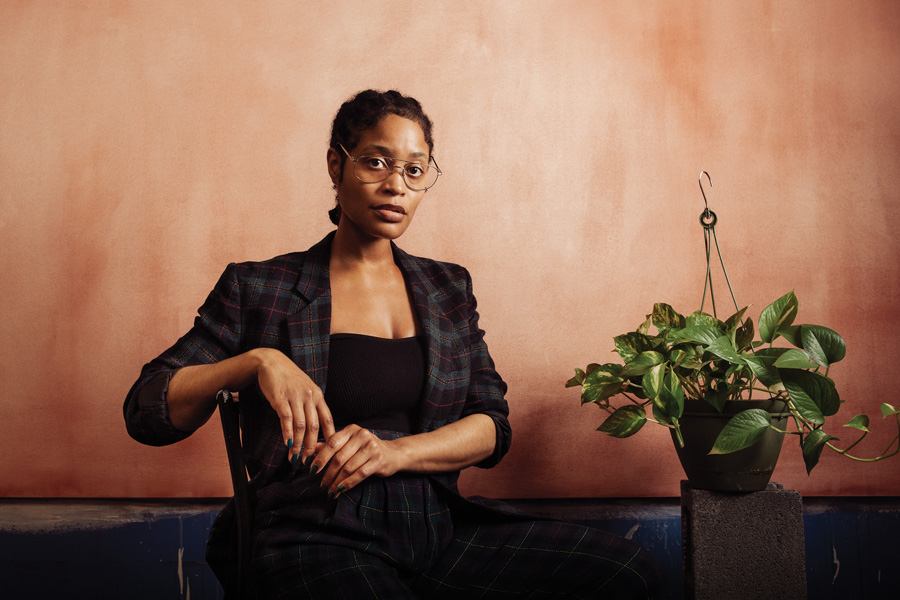 Here’s how six Philadelphia artists adapted and thrived when the world came to a halt.

In March 2020, Coatesville visual artist Shanina Dionna was on the cusp of her greatest success to date. Her ninth annual “Embryo” show — an exhibition of her visceral paintings inspired by her work as a mental health advocate — had just opened at Vox Populi. She was prepping the exhibit’s second part at the Barnes. And she had booked her first international show, in Athens, Greece.

You know what happened next.

“My work took a hit,” she says. “All my travel expenses were non-refundable. The Barnes show was postponed. Things were changing in the nation. I needed to maintain the stamina to create.”

What Will Philly’s Arts Scene Look Like After a Year Without Audiences?

So she delved deeper into her art and wellness practice. “I aspire to bring resolution to the mystery and healing power of visual arts,” says Dionna, who says art helped save her in her own struggles with mental illness. In the wake of the George Floyd uprising, she created Show Up, a painting inspired by that moment; it’s now part of the National Liberty Museum’s “Philly’s Freedom” exhibit.

Dionna’s 10th “Embryo” exhibition took place this past March as a hybrid virtual/in-person event at Icebox Project Space. She produced her first mural, in the Fashion District. She’s reopened her ARTbuds youth arts program and begun mentoring Black girls through the Uniquely You Summit.

“The late, great Nina Simone said the artist’s responsibility is to reflect the times,” says Dionna. “I wanted to think about how I could contribute to the cause.” 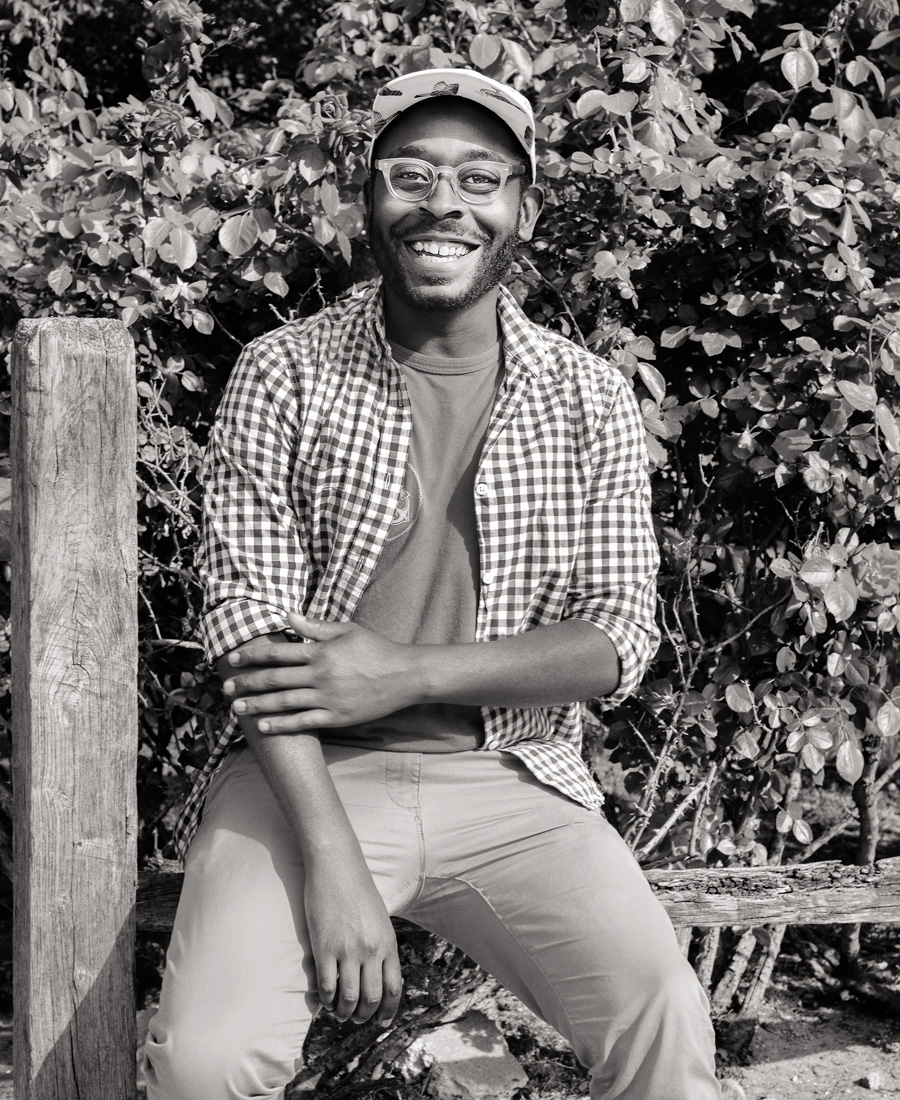 James Ijames was introduced as one of the Wilma’s three new co-artistic directors in February 2020. The pandemic provided an immediate opportunity to reexamine the foundations of theater. “The thing that the pandemic created,” says Ijames, “is real questioning of how we do things, why we do things.”

For Ijames, whose plays have dealt with themes of social justice, the June 2020 demonstrations after the police killing of George Floyd catalyzed that thinking. “In theater, our activism is a combination of what we put onstage and how we structure our organization,” he says. “We wanted to make sure we could do something that could have a direct impact.” That’s why the Wilma opened its doors to protesters.

“We knew we wanted to open up the lobby but not commandeer or take over,” he says of the otherwise dark theater’s decision to provide hand sanitizer, bathrooms, and other necessities to those who’d taken to the streets. “A lot of times, white organizations can feel the impulse to take over. It needs to be about holding space and amplifying a message.”

The Wilma also had to quickly reimagine how it tells stories. Ijames’s new play, Fat Ham, a contemporary retelling of Hamlet in the American South, was produced as a staged digital production and filmed on location in Virginia; ticket-buyers receive one-time digital access anytime through May 23rd.

“We’re looking down the barrel of a year of no live theater happening,” says Ijames. “But I think we’re going to come back from it. This isn’t theater’s first pandemic. It’s a resilient art form.” 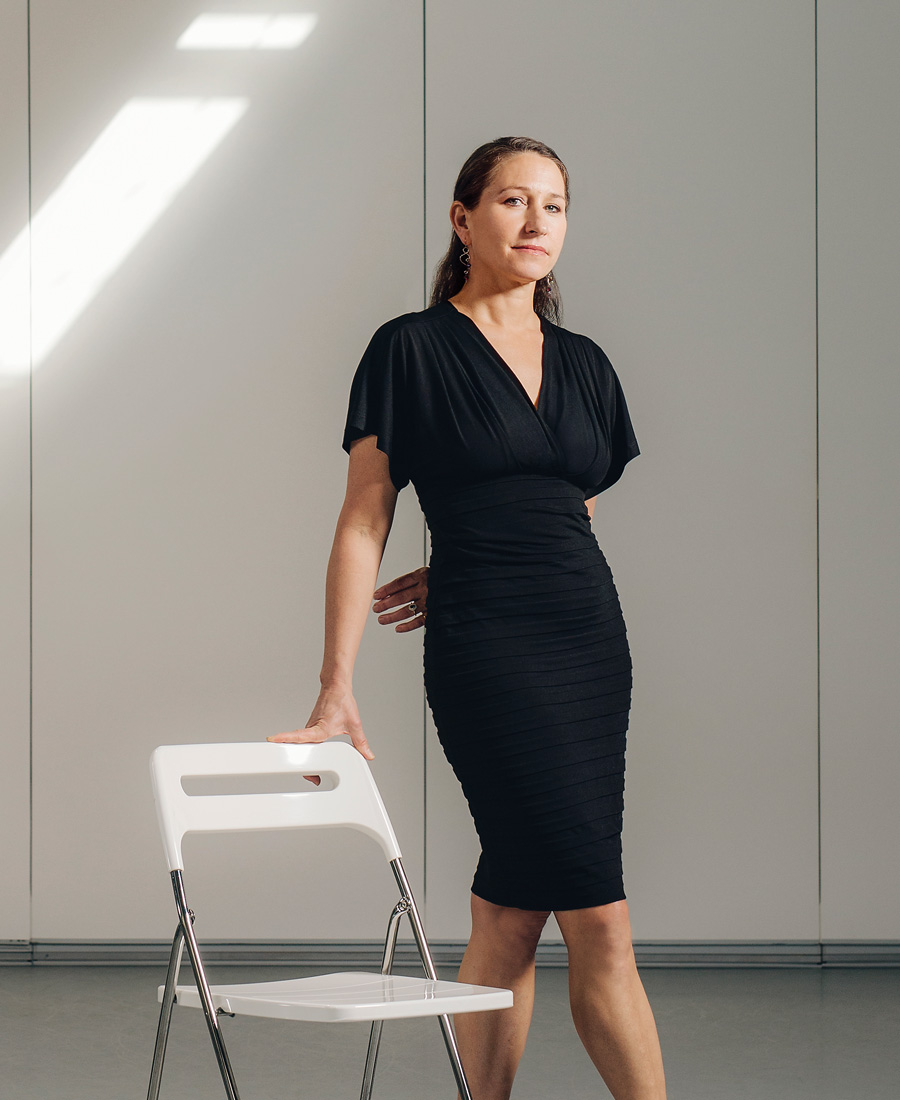 With performance spaces closing last March, BalletX co-founder Christine Cox knew that if she and her company were going to continue to produce art, they’d need to think differently. That’s how BalletX Beyond, a subscription streaming platform, was born. Cox hired 10 choreographers from around the world to focus, not on stage performances, but on creating short films at locations all over the city. The company premiered new films each month that could be streamed 24/7.

“Choreographers are used to creating new ballets in front of an audience,” says Cox. “I asked them to shift their thinking entirely. I asked them to explore how their movement could be used in film.”

BalletX spent the entire summer and fall of 2020 preparing for this new streaming platform. The heavy investment of time and resources paid off. As of April, it had subscribers in 29 states and nine countries, and Cox says she expects BalletX Beyond to remain part of the company’s repertoire even after the pandemic ends. It’s expanded the company’s reach, she says, and it can also demystify ballet, making it more accessible to new audiences. 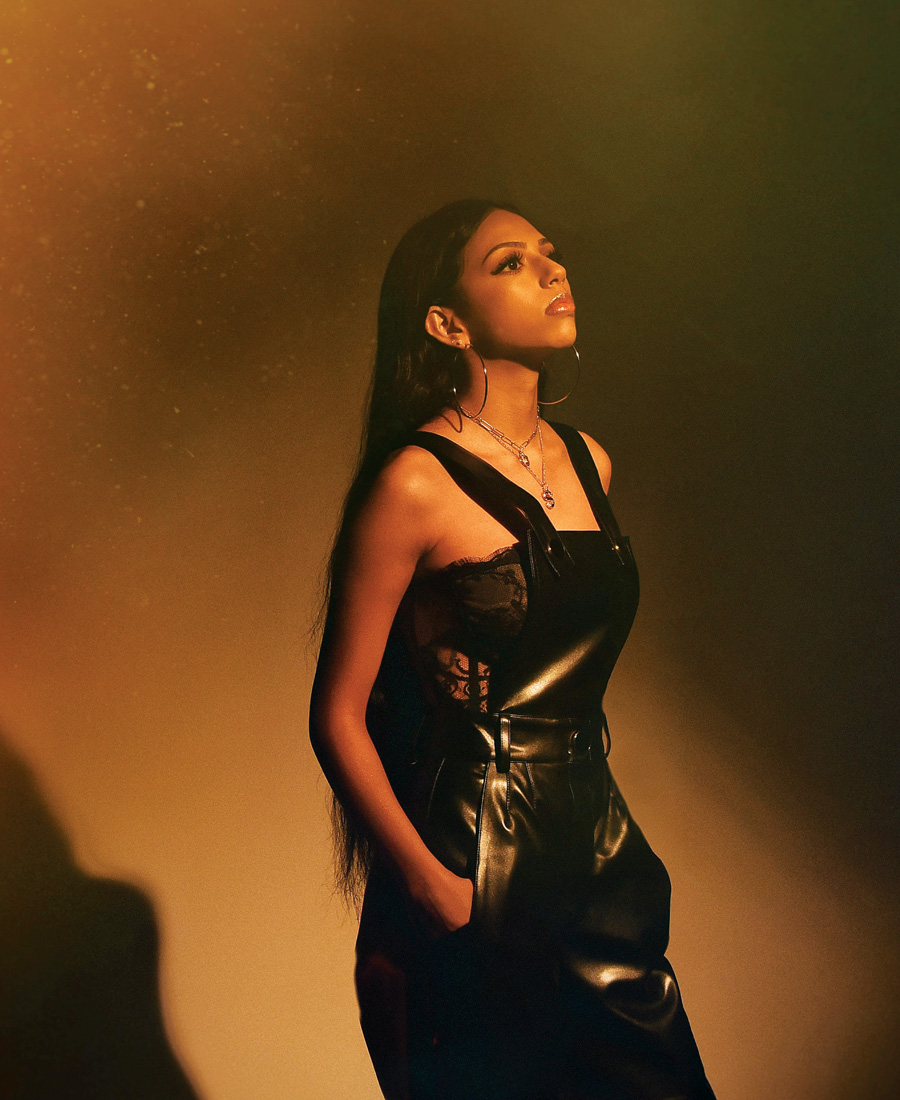 Saleka had plans for 2020. The rising R&B singer was going to hit the studio and begin touring. Then came the pandemic, which gave the 24-year-old a chance to collaborate with her father, director M. Night Shyamalan: His Apple+ show Servant, now filming its third Philly-set season, needed a song for a poignant scene, which led to her “The Sky Cries,” a sultry groove that evokes Amy Winehouse.

It was a full-circle experience for a young woman who grew up watching her father work on film sets. “Even though he’s my dad, I had that level of anxiety of working with somebody so high up and who has been doing it for so many years,” she says.

Beyond getting to work with her father, Saleka found ways to remain creative. She recorded new music — set to appear on her debut album this summer — in her basement and filmed three music videos.

“We have behind-the-scenes footage with everyone in their masks,” she says. “I worked so intensely with these people, and I haven’t even seen their faces. If I were to run into them on the street, I probably wouldn’t recognize them. It’s amazing to still be able to create.” 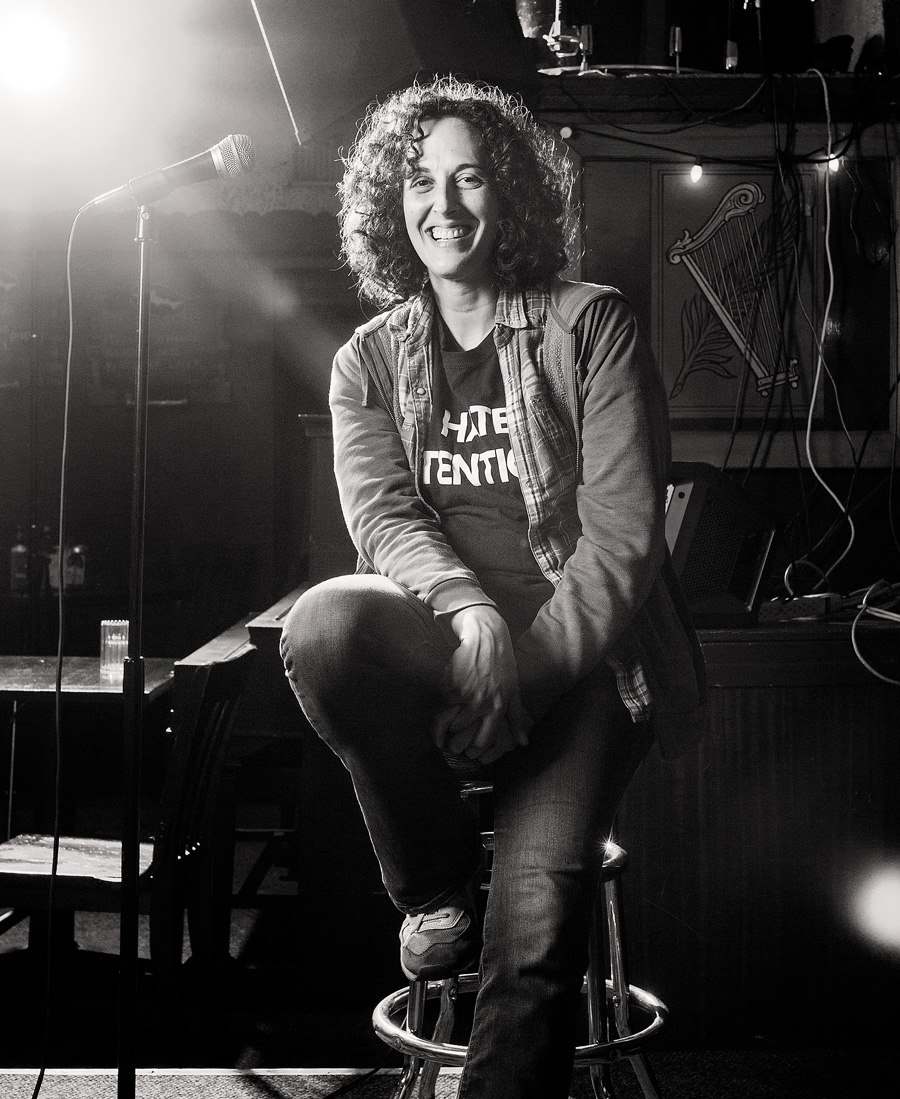 When the pandemic started, Betty Smithsonian faced instant uncertainty. By day, the comedian, a.k.a. Beth Eisenberg, consults for nonprofits and small businesses, and multiple clients were unable to renew their contracts. Within eight weeks, she had none.

Fortunately, Smithsonian was already a go-to person for managing and problem-solving digital events, so when the arts world went virtual, she pivoted. “I started doing Zoom comedy and little shows here and there,” she says. “I got hired not just to emcee, but to run broadcasts. For some of my clients, that meant asking, ‘Do you know how to do Zoom or WebEx?’ Over the course of six months, I’ve been hired as tech director and designer for various companies.”

When not helping organizations such as Theater Horizon, Germantown United Methodist Church, and Franklin & Marshall’s Department of Theater and Dance set up their Zoom sessions, Smithsonian sharpened her comedy skills at the weekly Nacho Mic virtual open mic. She and other local comedy luminaries opened each session by highlighting a Philly-area organization focused on issues like poverty and racial inequity.

“Comedy is important. Making people laugh nourishes my soul,” says Smithsonian. “This year has shown me how my voice and energy can be used to do a fuck-ton more than ever — that while still slinging jokes, I can use my voice and passion to draw attention and energy to some less-than-funny shit at the same time. Get ’em laughing, then toss in the truth while their mouths and hearts are open.”

Gig: President of Opera Philadelphia
Pandemic Pivot: Transforming opera from the stage to the small screen 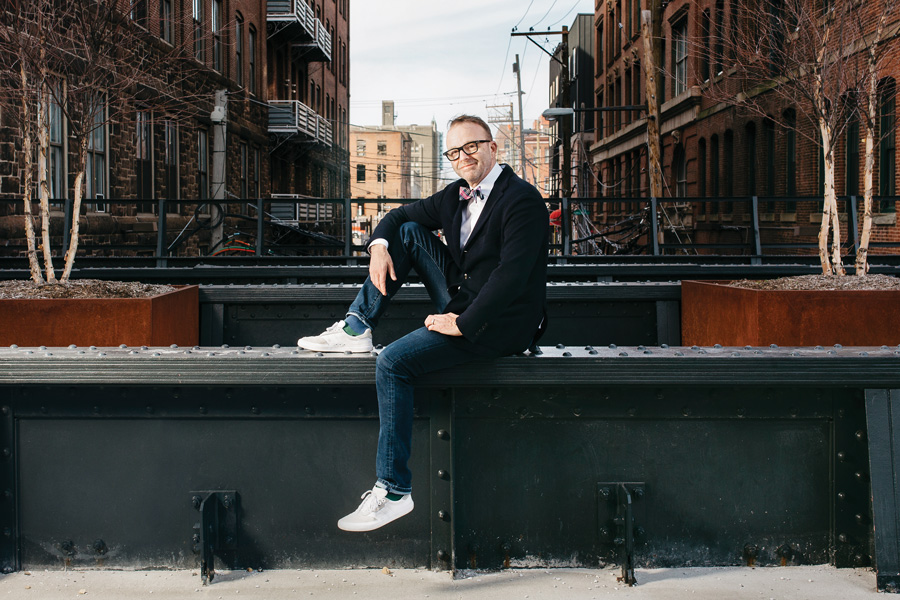 When the pandemic hit, David Devan knew Opera Philadelphia had a very specific challenge. Six feet is the social distancing guideline we’ve all come to know and loathe, but opera-singer droplets have been shown to travel 12 feet. Which meant live performance was going to be a non-starter.

That’s how the Opera Philadelphia Channel, the company’s streaming subscription channel, was born. Employing Over The Top, the same software used to distribute content on services like HBO Max and Netflix, Opera Philadelphia set out to produce opera specifically for the screen. Soldier Songs, the company’s one-man piece exploring the trauma of war, has received accolades from no less than the New York Times.

“Watch it on the biggest thing possible. This isn’t sit-in-your-study, smaller-than-life stuff. Enjoy it the same way you enjoy The Queen’s Gambit,” says Devan.

For this season, Opera Philadelphia is producing its first live opera in a year in May — a series of outdoor performances of Puccini’s Tosca at the Mann Center. But the company will continue its groundbreaking digital work (next season’s offerings will be announced in May) as part of its efforts to expand its reach to BIPOC communities and others that haven’t traditionally been exposed to opera.

In a time when the world seems to have gotten smaller, Opera Philadelphia has opened its doors even wider.

Published as “Big Pivots” in the May 2021 issue of Philadelphia magazine.