So Does Elmo Have a Philadelphia Accent? We Asked an Expert

The giveaway? A linguistic term known as “L-vocalization.” 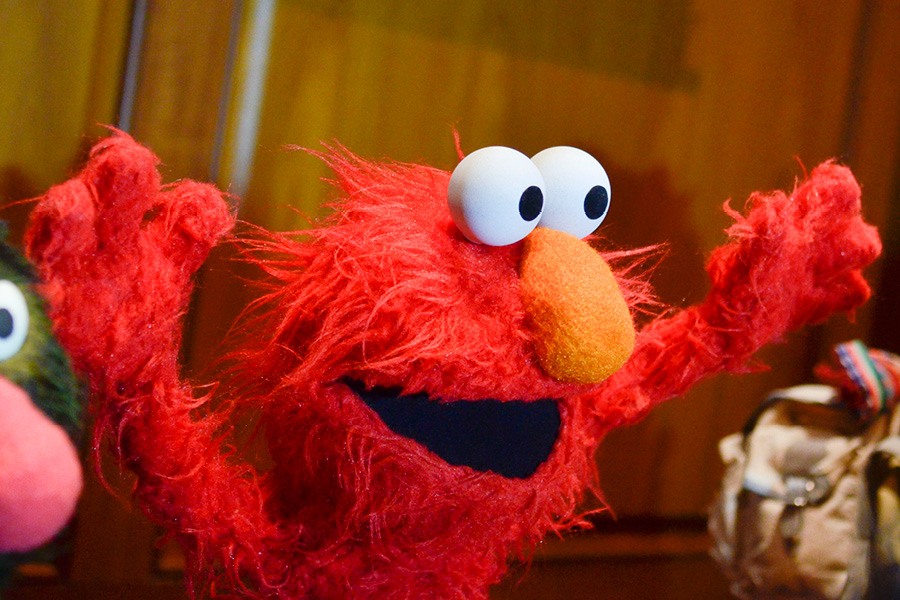 Elmo during a ceremony at the National Museum of American History on September 24, 2013 in Washington, D.C. (Photo by Kris Connor/Getty Images)

Viral posts in our social feeds tend to amuse us for a moment before we comment, share, and go on scrolling. But one viral video has stuck with me for going on a month, and I decided I needed to get to the bottom of the question the accompanying Tweet posed: Why does Elmo say “paper towel roll” the way he does?

The fluffy Muppet’s pronunciation of “towel” was hauntingly familiar. It sounded just like how my husband, a native Philadelphian, says the word: tal. I played the clip for him, and he found it unremarkable; the words sounded totally normal to him. Which only proved my suspicion that Elmo has … the dreaded Philly accent.

I might not have been intrigued if Elmo had a thick Boston accent or a Southern drawl. But if you’ve somehow remained blissfully unaware, regional Philly accents are having a pop-culture moment. Between Mare of Easttown‘s spot-on use of Delco-ese and SNL’s over-the-top murdur/durdur parody, natives from hereabouts hardly dare open their mouths anymore.

THIS HAS BEEN MAKING ME LOSE MY SHIT FOR DAYS. WHY DOES HE SAY PAPER TOWEL ROLL LIKE THAT??????? pic.twitter.com/dplhOfu9Aw

As it turns out, the actor voicing Elmo these days is none other than Philadelphia-born Ryan Dillon, who took over the role from longtime Elmo-teer Kevin Clash in 2013. Naturally, I reached out to Dillon to get the tal lowdown, but Elmo wasn’t eager to enter into Twitter debate about linguistics. So instead I turned to Grant Berry, a sociolinguist at Villanova University, for a definitive expert opinion.

Berry started, naturally, with “wooder,” which he says is “a really salient feature of Philadelphia English. When Elmo says ‘plastic water bottle,’ his vowel isn’t quite as high as I might expect for true Philly ‘wooder,’ but it’s definitely raised.” Elmo’s pronunciation of towel, however, “is definitely Philly,” Berry says. “In towel and roll, you almost don’t hear the ‘L’ at the end of them.” This phenomenon, known as “L-vocalization,” is a standard feature of Philadelphia English. Youse guys swallow the “l’s” at the ends of words when they follow a vowel.

Berry theorizes that another viral furry monster — one who, ironically, never speaks — has been highlighting the accent’s quirks lately: “I think just the salience of Gritty has done a lot for drawing attention to Philadelphia.” It isn’t likely, though, that Elmo will dethrone the city’s favorite fuzzy monster anytime soon. Nobody speaks for Philly quite like Gritty, once described by the Washington Post as “gleefully deranged.” Even if we never get to hear his voice.