Chef Marcie Turney on Flipping Burgers, Adopting Babies and the Future of Her Restaurant Empire

The restaurateur behind Gayborhood hotspots like Bud & Marilyn's and Little Nonna's opens up about learning to cook, the first time she met her wife, and the last cheesesteak she ever had. 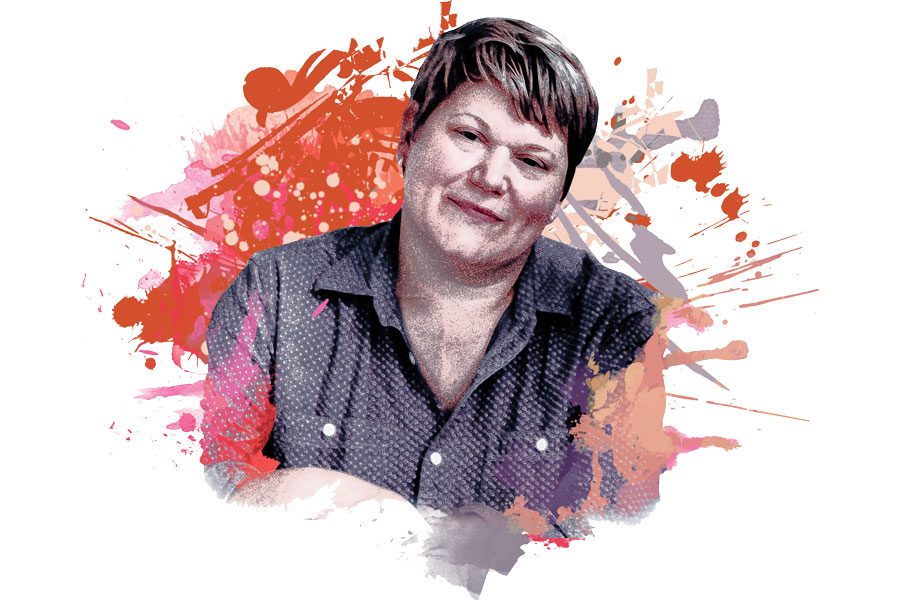 My full name is … Marcie Blaine Turney. Blaine was my grandfather. His nickname was Bud, and so the Bud in Bud & Marilyn’s is him, and Marilyn was my grandmother.

I grew up in … Wisconsin and then the Poconos.

My first paycheck in life … came from McDonald’s in Mountain Top, Pennsylvania. My friends were all working at Jack Frost/Big Boulder, but I wanted to flip burgers at McDonald’s. But then I realized that part of my work was to scrape the gum from the bottoms of the tables. I soon went to work at the resort, where at least I got a free ski pass.

I learned to cook from … two women named Joan and Donna at Judy’s Cafe, which was at 3rd and Bainbridge, and that got me interested in going to the Restaurant School.

The first time I saw my wife, Val … I yelled at her. I was the chef at Valanni, she was a server, and I was frustrated because she didn’t know the menu changes. But now I’m old and a teddy bear.

Val and I opened our first restaurant … in 2004. Lolita. We made money, we stashed money away, and then we opened another place. And that’s what we’ve been doing ever since.

If you want to come work for us, you need to be … a hustler. You can’t just look pretty.

Our biggest change in the last five years has been … adopting our daughter, Harlow, who just turned three. And now we are waiting for a second child. When we adopted Harlow, they told us it could take a year or two to find a child. It was two weeks. We got the call. And we were just like—you mean right now?

A kitchen tool I can’t live without is … my microplane. I love citrus zest in so many things. Instead of mincing wild garlic, I’ll use the microplane. Ginger. And cheese, of course. 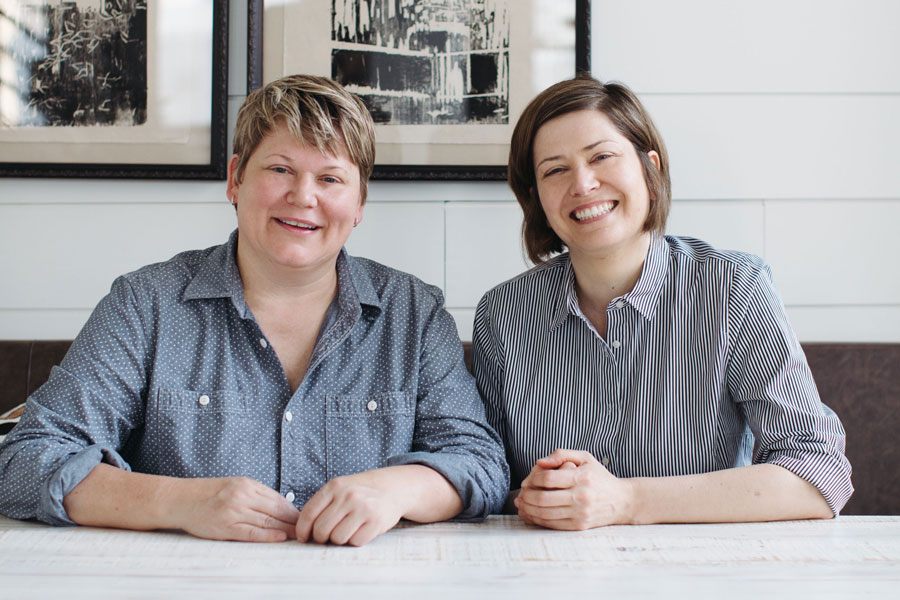 Harlow is always asking me to make … dough with her. Pie dough. Pizza dough. Biscuit dough. Give her some flour and water, and she’ll sit there for hours ramming a juice reamer into it.

When somebody tells me they want to open a restaurant … I ask them if they will be the chef. Because if the chef doesn’t show up, what are you going to do?

The hardest thing about this job is … that I feel like I should be cooking, but instead I’m the plumber or problem solver.

A Philly restaurateur I really look up to is … Stephen Starr. I would love to be in one of his kitchens and just see how they run things. How does he — how is he an owner that isn’t a chef? How is he able to trust his restaurants to these chefs? That is something I want to be better at.

The pandemic forced us to … buy a house right along the Wissahickon. I can get there quickly, but it feels so different from the city. During the pandemic, it was crazy in the city. I was scared to walk to 13th and Arch at one in the afternoon because the streets were so empty. It didn’t feel safe with a young child. The house is on one acre, and we’ve spent so much time there outside.

If you’re visiting Philly and can only make it to one Marcie Turney-Val Safran restaurant … you’ve got to go to Little Nonna’s. It appeals to everybody. There’s such a nostalgic fee. Sit in the garden and have some red wine and pasta with a bunch of friends.

If you’re pouring me a drink, make it a … Negroni. With Bombay.

The customer is always … who I’m thinking about when I develop a menu. I don’t do restaurants or concepts for me. I’m not ego-driven. I want to know what people are going to enjoy eating.

If given the chance to open a Barbuzzo in a flashy Las Vegas casino, I would … say no. Someone once approached us about doing a Little Nonna’s in a casino. Don’t get me wrong: it would kill it. But we have no time.

The dumbest question a reporter ever asked me was … “What do you consider yourself first: a lesbian, a chef, or a woman?”

For Thanksgiving, I will probably … be really breaking in our new kitchen. I am craving a relaxed, wine-filled two-or-three-days-of-prepping family gathering with kids running around outside.

We’ll stop opening restaurants … probably after Loveluck, which is planned to open in 2022 in the Welcome Center at 15th and JFK. Right now, we’re concentrating on Good Luck Pizza Co., which replaces Jamonera. After that, we want to spend time together as a family. That’s where we’re at.

A version of this interview was published as “One of Us: Marcie Turney” in the December 2021 issue of Philadelphia magazine.