"My stomach is in a knot," says Frank Olivieri, who says he's investing in increased surveillance and security outside of his shop. 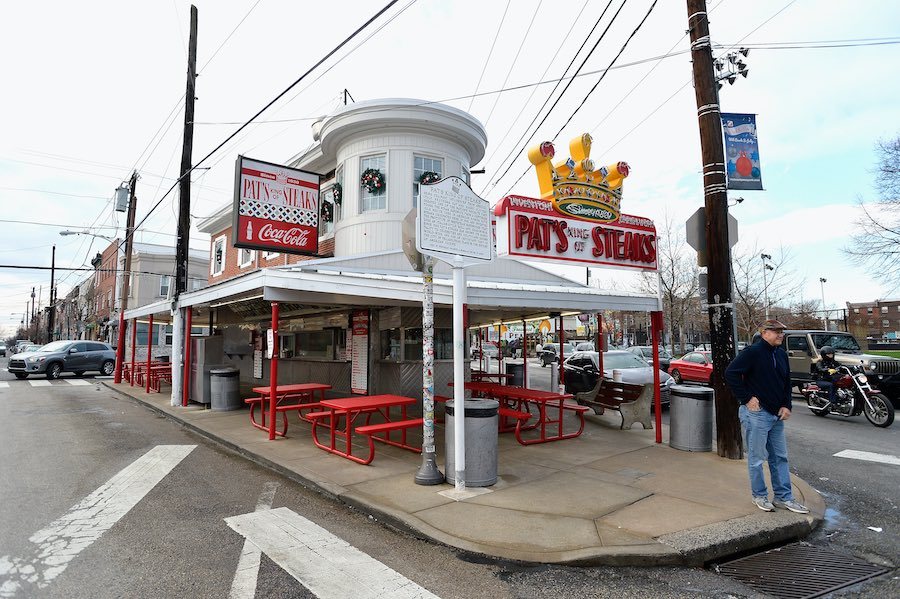 Pat’s Steaks owner Frank Olivieri says his heart is broken after a man was killed amid a dispute outside Olivieri’s shop just before 2 a.m. on Thursday morning. It was the second confrontation resulting in a homicide outside Pat’s Steaks since late July.

“My stomach is in a knot,” Olivieri tells Philly Mag.

During the latest confrontation, police were dispatched to Pat’s Steaks after a 911 call reported a “person screaming.” When police arrived, they found 28-year-old New York City resident Isidro Cortez unresponsive on the ground and Cortez’s 64-year-old father and another 28-year-old man injured.

According to police, a verbal altercation between Cortez’s group and four other men turned physical, with the four men allegedly punching, kicking and hitting Cortez with a metal trash-can lid. Cortez died from his injuries, while his father and the other man were hospitalized in stable condition.

In the earlier incident, which took place just before 1 a.m. on July 22nd, a man was shot during an altercation outside Pat’s Steaks. Police have arrested a Reading man and his girlfriend for that murder. The man allegedly told investigators, “I was getting my ass kicked in a fight, and I don’t know what happened, but I shot the guy.”

Police are still searching for the suspects in Cortez’s death. Investigators have described the suspects as four “light complexion males” in their 20s, wearing yellow soccer jerseys with “Club America” written across them.

Olivieri says police have clear video from the crime that should help detectives identify the suspects. After the murder in July, Olivieri invested in new state-of-the-art security cameras.

“They rival those that Interpol uses for facial recognition,” Olivieri explains. “You can literally see the pores on people’s faces. According to the authorities, the police, the cameras are so good that basically they can plug these images into facial recognition and find these people quickly. They are looking right at the cameras.”

Olivieri says he’s reviewed all of the footage from Thursday’s altercation. He observes that “everybody was pretty happy and getting along” but then “the body language just changed suddenly. One person stands up and cold-cocks another. Mayhem follows.”

Video is excellent for helping solve a crime after it occurs. But we asked Olivieri what Pat’s Steaks can do to prevent crime in the first place.

Olivieri says that on Thursday afternoon, he and Geno Vento, owner of adjacent competitor Geno’s Steaks, visited the local police district, which is less than two blocks away, and requested a devoted police detail for the late-night hours.

“We’re still working out the details,” he explains. “But there will be a squad car and an officer on foot.”

Olivieri says the detail will be assigned to the “triangle” of businesses that make up the popular intersection. They include Pat’s, Geno’s, Ray’s Happy Birthday Bar, Insomnia Cookies and Garage. He says he and Vento are prepared to foot the full bill for this increased police presence should the other businesses in the neighborhood decline to participate.

“It’s sad, because the detail and the publicity make South Philly seem unsafe,” Olivieri laments. “But South Philly is safe. The police station is a block and a half away. And this kind of thing is happening all over the city. All over the country. This is not unique to Philadelphia.”