The abrupt departure of Philly Pride Presents leadership gives LGBTQIA community members a golden opportunity to build something that represents all of us — and completely unlike what came before. 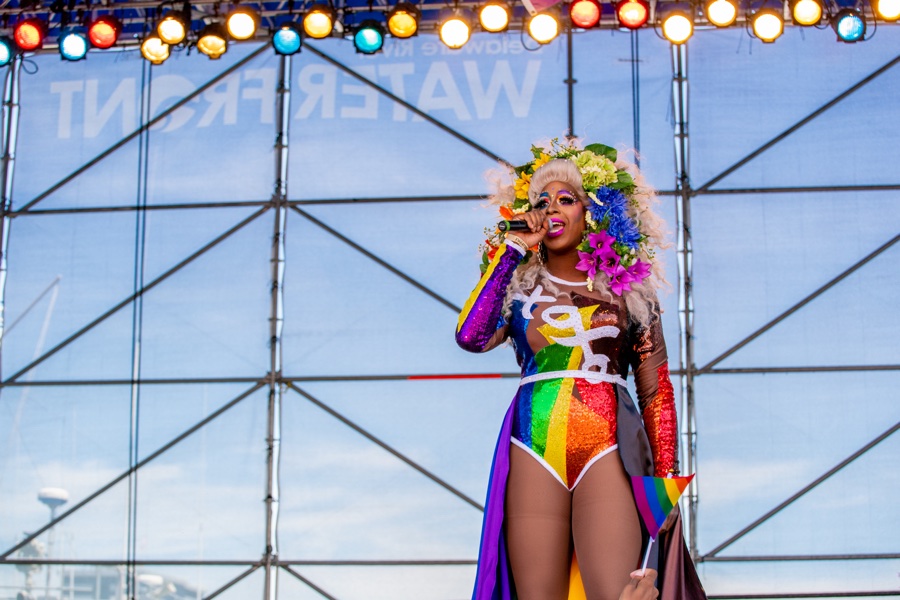 A performance at the 2019 Philly Pride celebration. Photo by J. Fusco for VISIT PHILADELPHIA

It’s very rare that community demands are met with swift and immediate action — but in a racial-uprising/pandemic era, the game has changed. A few days after I published a call for a boycott of Philly Pride Presents (PPP) following community outcry over the group’s ongoing history of racism and exclusion, the nonprofit organization has officially dissolved and canceled its annual Pride parade. The organizers of the 28-year-old institution, which has hosted both Pride Month and Outfest events, have yet to give a formal explanation for their abrupt departure — but they have deactivated their controversial social media accounts and scrubbed their website of recent general information.

It would have been better for PPP to have transitioned its leadership more gradually and held itself more directly accountable to the community. Instead, it left the city’s LGBTQIA community with more questions than answers as we strive to celebrate the second straight pandemic-hampered Pride.

At first, I was disappointed by the vacuum PPP created — I dreaded the thought of how many years and dollars it would take to create a better version of the Philly Pride celebration we all knew. And then I began to consider how such grand rainbow capitalism was exactly what caused PPP’s problems to begin with. In fact, I now believe this sudden cancellation to be a blessing. Perhaps Pride should be more hybrid, hyperlocal and woke — a departure from the cheesy pinkwashing and performativity that’s eroded its activist roots for far too long.

For future inspiration, we should look to the many Juneteenth celebrations that took place in various parts of the city, with different vibes and focuses. Black Lives Matter Philly hosted “Jawnteenth“at Malcolm X Park — a more youthful, intersectional and Afrofuturist take on the new federal holiday. West Philly had its own Juneteenth festival at the same park the following day that included neighborhood vendors, performances and fare that only the community at large could bring out. Germantown also held a celebration, one that highlighted the unique treasures of the Black Northwest.

I can envision Philly Pride celebrations happening the same way — prioritizing the various identities, neighborhoods and vibes that make our LGBTQIA community different. To ensure that we don’t fall back into the same domineering, overambitious clusterfuck that was Philly Pride Presents, the events must be decentralized. Giving the most senior and/or wealthy white members of the community undue influence over the city’s largest Pride Parade is why we now have nothing. Pride is too nuanced and diverse for such a homogenous, top-down leadership structure.

Pride should be more of a patchwork, something neighborhood-led and community-tailored to accommodate the relevant experiences and tastes of different groups. For some LGBTQIA members, Pride Month is a party — and the gays who just want to go to nightclubs and drink should do that. For others, Pride is a time of reflection and revolution; for them, there should be support for activists and organizers to mobilize. Some love big parties, others love small festivals, and others are looking for a chance to participate in community organizing or perform acts of service, while many just want to see the city pay homage to the LGBTQIA legacy it’s often neglected.

As a Black queer person, I’m tired of feeling monitored and over-policed at a celebration that was inspired by a riot against such norms and institutions. Those who want law-enforcement involvement at Pride should be allowed to have that, but without making the rest of the community feel obliged to participate. Philadelphia is big and queer enough to support niche collectives that can encompass a more inclusive Pride without being swallowed by the overarching presence of an umbrella organization like Philly Pride Presents.

We should lean into more specialized gatherings rather than a large police-patrolled, corporate-sponsored event that isn’t free, accessible or inclusive. With the collapse of the grand Pride experiment of yesteryear comes the chance to finally see how less can be more — and much better for us all in the end.