10 Ways to Celebrate Juneteenth in Philadelphia

Jazz at the Woodmere Museum, kid-focused programming at the Please Touch Museum, historic reenactments and more. 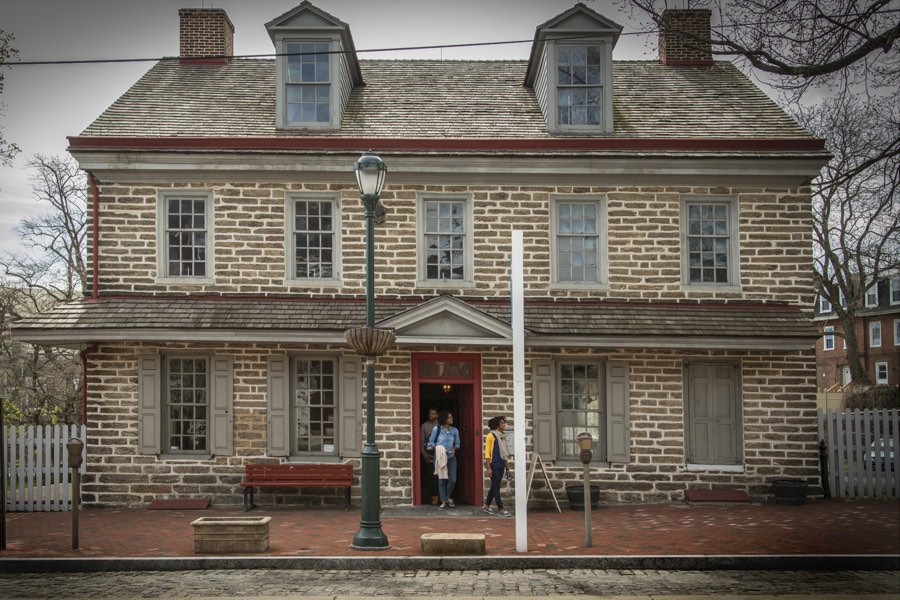 The Johnson Historic House in Germantown, once a stop on the Underground Railroad, is one of the places where you can celebrate Juneteenth this year. Photo by R. Kennedy for Visit Philadelphia™

On June 19th, 1865, nearly two years after the signing of the Emancipation Proclamation, federal troops arrived in Galveston, Texas, to free the country’s remaining slaves. These days, we know the date as Juneteenth. Often referred to as “Freedom Day” or “Emancipation Day,” the holiday is marked by vibrant celebrations, games, music, and a chance to learn about African American history.

Until recently, Juneteenth wasn’t technically a holiday. The City of Philadelphia only declared it one last year, after weeks of protests following the murder of George Floyd. Congress has now caught up, passing new legislation this week that makes Juneteenth the country’s newest federal holiday.

While Philly’s Juneteenth parade was canceled this year due to the pandemic, there are still a number of ways to honor the holiday through outdoor festivals, exhibits and more.

One of Philly’s oldest Juneteenth festivals, this is held in historic Germantown. For 15 years, the Johnson House Historic Site, which also served as a vital stop on the Underground Railroad, has hosted a day of events that include tours, live music, and educational activities. The event is free and offers attendees the chance to learn about Philadelphia’s important role in African American history during the 1800s. Free; June 19th at 1 p.m.; Johnson House Historic Site, 6300 Germantown Avenue, Germantown.

Everybody Eats, a chef-led nonprofit that aims to combat food insecurity, held a number of events in 2020 to support Philadelphia communities, providing food, personal hygiene items and other supplies to residents in need. This year, the team is hosting a special Juneteenth One-Year Anniversary event to commemorate the organization’s birthday — and, of course, to observe the Juneteenth holiday. Expect giveaways, music and free food. Free; June 19th at noon; Malcom X Park, 5100 Pine Street, West Philly.

Saturday Night Jazz: Juneteenth — A Holiday for All

If you’re looking for a way to celebrate the holiday while getting your groove on, look no further than the Juneteenth showcase at the Woodmere Art Museum. While Woodmere hosts Saturday-night jazz performances weekly throughout the summer, this special Juneteenth show will include music from King Sunny Ade, Max Roach, and the Arpeggio Jazz Ensemble. $25; June 19th at 5 p.m. and 7 p.m.; Woodmere Art Museum, 9201 Germantown Avenue, North Philly.

Drive-In Film at the Navy Yard: Tulsa: The Fire and the Forgotten

The Philadelphia Film Society is partnering with the African American Museum and WHYY to present a drive-in showing of Tulsa: The Fire and the Forgotten. The film examines the destructive impact of the 1921 Tulsa Race Massacre, a deadly attack on African American homes and businesses by white residents in Oklahoma. The screening will be free for attendees, but pre-registration is required. Free; June 21st at 9 p.m.; the Navy Yard, Admiral Peary Way and League Island Boulevard, South Philly.

Philly’s hands-on and kid-friendly museum has created a complete day of programming that’s both educational and engaging. Children can craft their own self-portraits, enjoy a storytelling session about the history of Juneteenth, and become mini scientists by taking part in workshops that mimic the research of African American engineers and inventors. And the kitchen will be serving up a special menu of Juneteenth-inspired dishes. Online registration required. $19 ($2 for ACCESS cardholders); June 19th starting at 9 a.m.; Please Touch Museum, 4231 Avenue of the Republic, Fairmount Park.

Juneteenth Celebrations at the African American Museum in Philadelphia

This Juneteenth event features a griot, an African oral historian who shares narratives through a mix of storytelling and music. If that isn’t unique enough, there will also be live reenactor portrayals of the U.S. Colored Troops, an army regiment of African American soldiers that fought in the Civil War. Free; June 19th at noon; Franklin Square, 200 North 6th Street, Market East.

Chesco is going all out with a three-week-long countywide Juneteenth festival that seeks to showcase the truth of America’s racial history through art, music and open dialogue. One highlight: Joshua Bennett, a poet and professor at Dartmouth College, will be giving a performance at Longwood Gardens mixing poetry with music. There are more than 40 events, some virtual, across the entire festival; locations and ticket requirements vary. June 12th through July 5th; online and various locations.