Philadelphia Owes the MOVE Survivors Reparations, Not Just An Apology

Mayor Jim Kenney's admission of wrongdoing is long overdue — but it's not enough to rectify the hardship the city has caused the Africa family for nearly four decades. 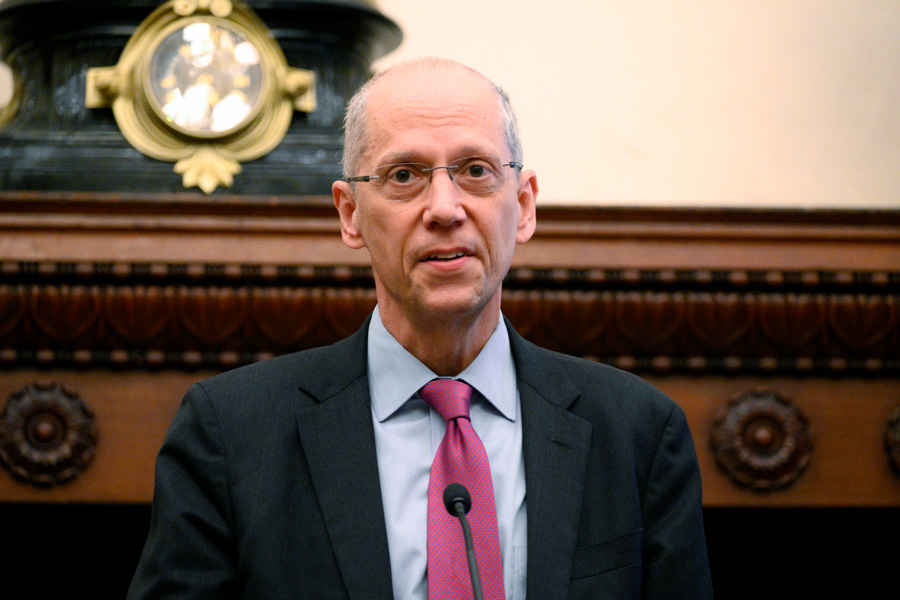 Thomas Farley, former health commissioner for the City of Philadelphia, at a press conference last year

On the 36th anniversary of the tragic MOVE bombing — a city-authorized bombing and burning of a Black neighborhood in West Philadelphia that killed 11 people, including five children — another tragedy stuck.

Health commissioner Thomas Farley stepped down after admitting he had cremated and disposed of some of the remains of MOVE victims instead of returning those remains to the Africa family.

“In early 2017, I was informed by Medical Examiner Sam Gulino, M.D., that, among unclaimed personal effects of the deceased, a box was located containing materials related to autopsies of victims of the 1985 MOVE bombing,” Farley said in a statement following his resignation. “I believe my decision was wrong and represented a terrible error in judgment. I have informed the Managing Director’s office of these events and also announced my intention to resign my position as Health Commissioner of the City of Philadelphia. I profoundly regret making this decision without consulting the family members of the victims and I extend my deepest apologies for the pain this will cause them.”

At a press conference on Thursday evening, Mayor Jim Kenney claims he was made aware of the disturbing information on Tuesday at 5 p.m. and quickly asked for Farley’s resignation, then reached out to the family of the victims.

“I wanted to ensure that the Africa family learned of this incident directly from me, and before the general public,” Kenney said in a statement. “Today, I had the opportunity to meet with members of the Africa family and apologize for the way this situation was handled, and for how the city has treated them for the last five decades. I also promised them full transparency into the outside review of this incident, as well as the handling — or mishandling — of all remains of every MOVE victim.”

This apology is a complete reversal from Kenney’s initial response last May when members of City Council began proposing a formal apology resolution to the victims of the MOVE bombing.

“[W]e have no plans to formally apologize again to anyone,” Kenney told Billy Penn in a May 2020 story about city officials apologizing during the 35th anniversary of the MOVE bombing. “Council’s free to do what they want, and I’m not complaining to them, but I’m not participating.”

It would take another breach of public trust within Kenney’s administration before he would humble himself enough to finally admit the city’s failure.

Thursday’s apology from the Mayor is both overdue and underwhelming, especially with the latest revelations. Outside of Kenney’s announced plans for an investigation into what caused this high-level of mismanagement and incompetence, the city should be seeking something more equitable, fair and just.

The City of Philadelphia owes the MOVE family reparations. Immediately.

The Kenney administration cannot offer an apology for “how administration after administration has failed to atone for the heinous act on May 13, 1985, and continues to dishonor the victims” and not proactively consider such restorative measures.

Prior to this apology, disregard for the MOVE legacy and the remains of its deceased members was fueled by a culture that treated them like criminals. The fact that it took 35 years for City Council to finally issue an apology, and another year for a sitting mayor to do so, suggests that the city thought the bombing was acceptable, and so were the deaths of the Africa children.

Kenney, who has been passive on this issue for years, is singing a different tune now. But such disappointment means nothing without action. The city is long overdue in committing to being fully transparent about what actually happened before, during and after that tragic day. The MOVE bombing is the original sin of Philadelphia’s modern history, a scar that continues to diminish any claim we have to being a truly progressive town.

Right now, there are boxes and boxes of documents about MOVE that aren’t easily accessible to the public. The city should agree to current public demands for a second MOVE commission, one that is more diverse and community-led and that will speak truth to power. Other institutions, including the University of Pennsylvania, should also heed the community demands that they, too, pay reparations to the MOVE family for a separate incident of  disregarding other loved ones’ remains (an incident unrelated to Farley’s misconduct).

Such actions are the first major step to finally moving Philadelphia forward and, more importantly, finally listening to the grieving family members who have suffered long enough.