Touch-Free Toilets and No More Cash: What to Expect as Fans Return to Philly Sports

For fans of the Sixers, Flyers, Phillies and Union, there’s good news: The sports stadiums are open again. But they’ll look a bit different from before. 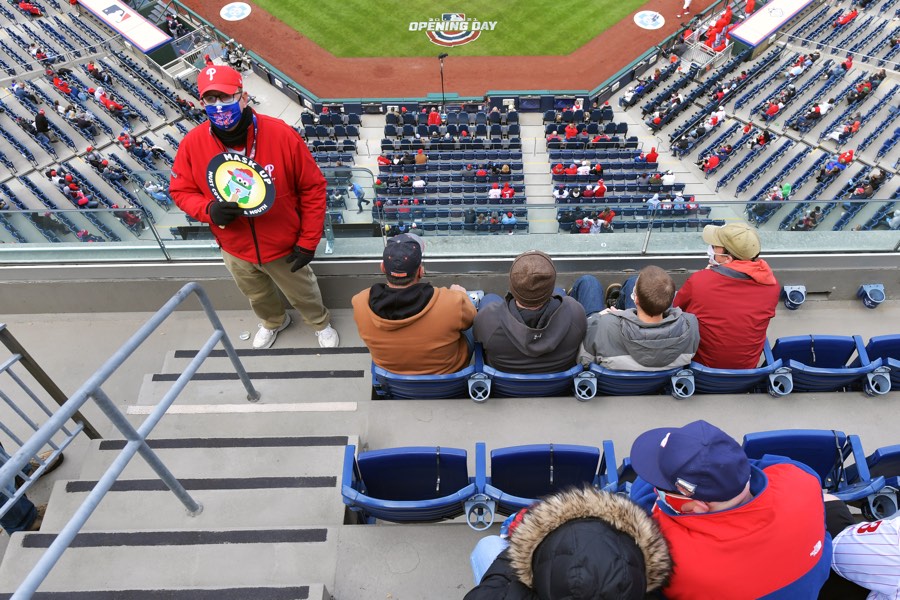 As Philly sports return and welcome fans back in person, their stadiums and arenas are a bit different from before. Photo by Drew Hallowell/Getty Images.

For some of us, Philly sports have been a much-needed distraction — and a rare source of pleasure — over the past year. But as much as we’ve appreciated the chance to watch sports on TV during quarantine, there’s no substitute for catching the real thing in person. Fortunately, as vaccinations continue, there are more and more opportunities to do just that.

The stadiums won’t be the same as when you last saw them, though. For one, they’ll be closer to empty than full — at least for now. But hey, on the plus side, you barely have to touch anything anymore! Ticket-scans, check-out payments — they’ve gone contactless. Chalk up the sanitation bonanza to the sports teams’ desire to appear as safety-conscious as possible, even though contact with surfaces isn’t one of the primary ways the virus spreads. At any rate, here’s what to expect at each of the city’s sporting venues. Despite having had no fans at the Wells Fargo Center for most of this season, the Sixers boast the second-best home record in the NBA. (We’ll politely decline to mention the Flyers’ record.) Imagine how the team will perform with fans!

To help make that happen — the fans part, anyway; jury’s still out on the performance boost — the Wells Fargo Center invested $11 million in a new air filtration system that recycles air across the arena every 30 minutes. In an effort to have people touch as few surfaces as possible, the Wells Fargo Center has also made all transactions cashless. Tickets are now scanned from cell phones, and attendees have designated entrances based on where their seats are located. The Wells Fargo Center has even outfitted the bathrooms with contactless appliances (toilets, too!). The arena will also have staff members constantly sanitizing surfaces before, during and after the games.

Up to 3,100 fans can currently attend games, which is still just 15 percent of the arena’s normal capacity of 20,000. Groups are seated in pods and distanced from each other. Except for when you’re eating or drinking from your seat — you can order food without even getting up, from a mobile app — masks remain required. (Especially when you’re booing the opposition. We’ll see you on TV when you’re not following the rules, people. … )

Thanks to the limited seating availability, tickets for Flyers games are first being made available to season-ticket holders. There are some seats available on the Flyers website, too, and then there’s the resale market. You can get Sixers tickets from StubHub as well.

One advantage of playing an outdoor sport: less risk of COVID-19 spread at your stadium. To wit, the Phillies currently can have up to 8,800 fans at the ballpark, 20 percent of its full capacity.

Like its indoor counterpart across the way, Citizens Bank Park has a newly created “clean team” that will be deployed to sanitize surfaces throughout the stadium. Fans will be seated in pods, distanced from other groups. Food and utensils will be pre-packaged, and you have to eat in your seats. (Most of the concessions will be open, including Federal Donuts, Chickie’s & Pete’s and Tony Luke’s. And yes, Questlove’s vegetarian cheesesteak is still available.)

Paper tickets are also gone. One thing that hasn’t changed: You can still bring a glove, if you’re one of those people obsessed with trying to fetch a foul ball. (Come to think of it, with the reduced capacity, this might be your best-ever chance.)

Don’t expect to get a closer-than-usual glimpse of the players, though. “Fans will not be permitted within 12 feet of the dugouts and bullpen,” the Phillies website cautions. “The players are not allowed to have any direct contact with fans and are discouraged from signing autographs.”

As for tickets, they’re currently on sale for games through May 6th. 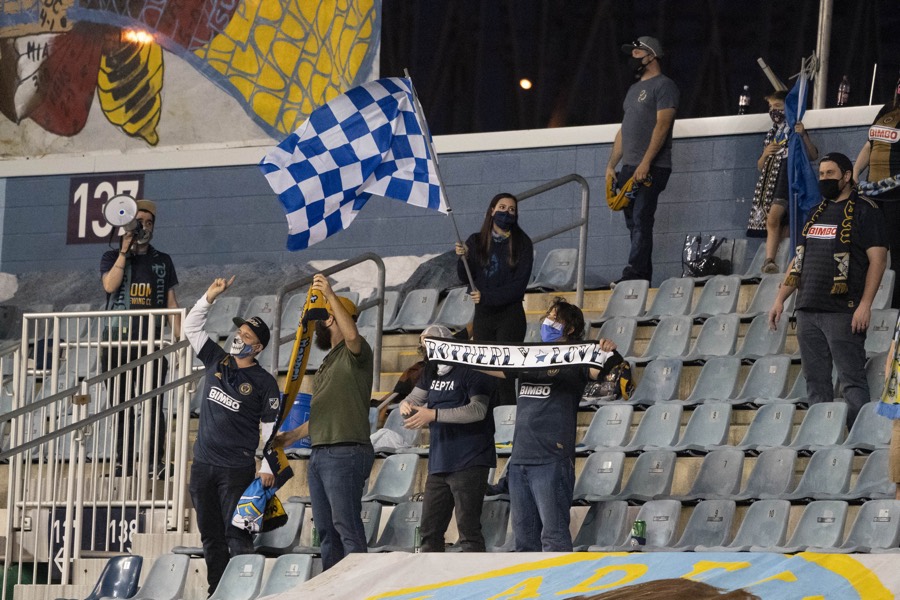 For those not keeping up with the revolving door of stadium sponsorship deals, Subaru Park isn’t a place where you can park your Outback while taking a stroll along the Chester waterfront. It’s the place the Philadelphia Union call home.

Like every other sports team, the Union have gotten rid of paper tickets, but they’ve got some unique rules in place, too. You must purchase parking and fill out a waiver form in advance. The Union team shop is open, but trying on the merchandise isn’t allowed. Staff will perform temperature checks on all fans at the gate — if anyone in your group has a temperature reading of above 100.4 degrees Fahrenheit, you won’t be let in, though you’ll get a refund. After the game, fans are being asked to stay in their seats until their section is announced over the PA system, to prevent crowding at the exits.

Since the Union are based in Chester, they aren’t subject to Philadelphia’s outdoor gathering restriction of just 25 percent capacity. They plan to have 5,000 fans on hand for their home opener on April 24th. (Full capacity at the Subaru Park is 19,000. People, that is. Not cars.) Tickets go out to season-ticket holders first, but some may become available on the resale market. 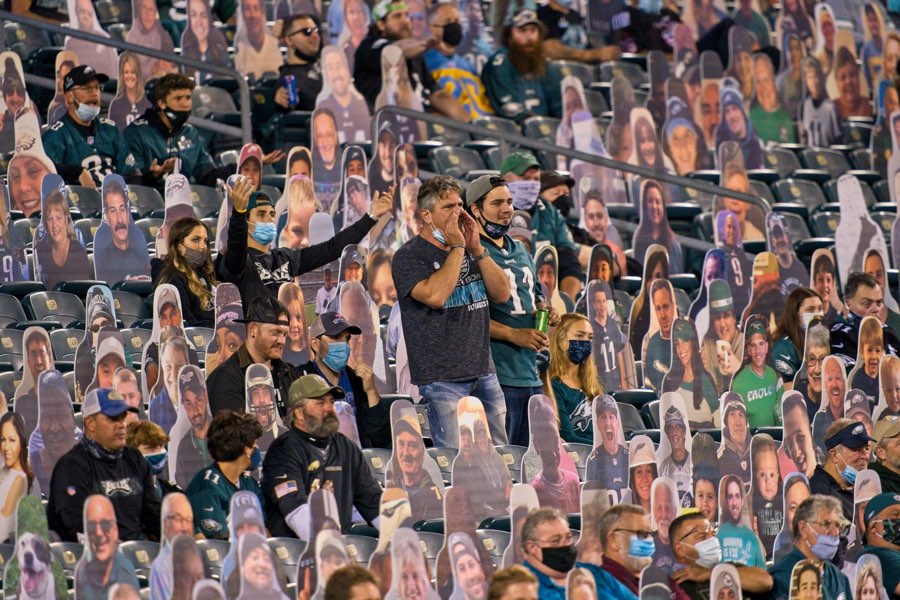 Seeing as it’s not football season yet, few details are available about what football season at the Linc will look like this fall. Last season, in mid-October, the stadium opened for 7,500 fans. A month later, the winter spike in cases forced the stadium to close to the public once more. At that time, concessions were cashless, and fans were seated in, you guessed it, separate pods.

Whatever next year brings, we suspect this much will be true: There will probably still be plenty of hand sanitizer.