Questlove Is Bringing a Vegetarian Cheesesteak to Citizens Bank Park

You'll be able to order up the sandwich, made with Impossible Foods' plant-based "meat," at Phillies games and select LiveNation venues starting this spring. 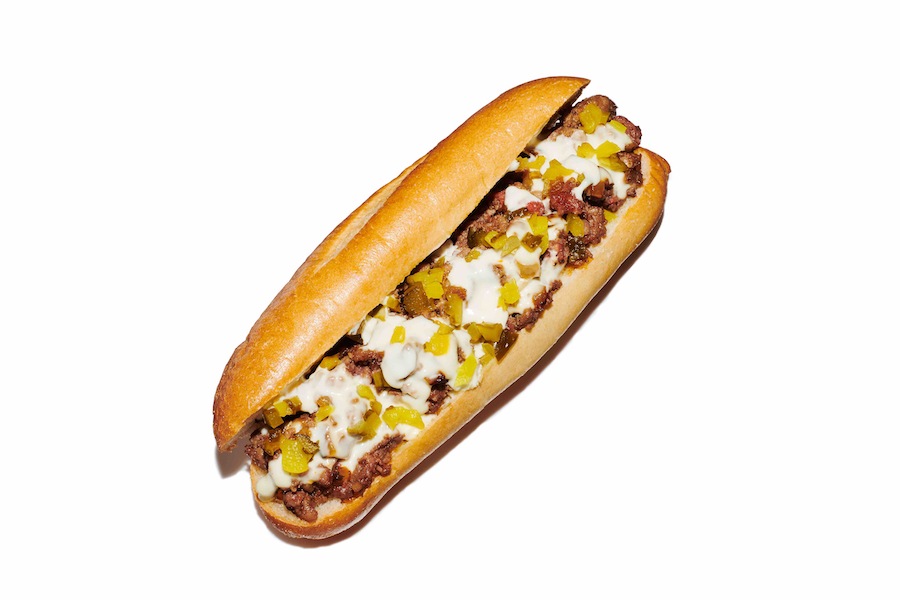 Roots drummer and occasional vegan Questlove is getting into the cheesesteak game — minus the steak.

The Philadelphia native has partnered with Impossible Foods, makers of the plant-based Impossible Burger, on a vegetarian take on the signature Philly sandwich, Forbes.com reports.

I’m excited to launch Questlove’s Cheesesteak! I’ve been a fan of @impossible_foods for several years and as a Philadelphian I take pride in a great cheesesteak. We have developed a recipe using Impossible™ plant-based meat that we hope will offer a delicious and sustainable alternative for all cheesesteak eaters. Available this Spring at Citizens Bank Park during all @phillies home games and concerts at the ballpark and in 40 @livenation venues across the country, and more soon! Link in bio! #Philly #Nationwide #QuestlovesCheesesteak #QuestLovesFood

“Questlove’s Cheesesteak” will be served at Phillies games at Citizens Bank Park this season starting on Thursday, March 28th. The musician first tried the Impossible Burger back in 2015 and became an investor in the company in 2017.

The ‘steak will also be added to menus at 40 LiveNation venues across the country, including the Met Philadelphia and Camden’s BB&T Pavilion, this summer. The entertainment company began serving menu items made with Impossible Meat last year.

Correction: In an earlier version of this post, we reported that the Questlove Cheesesteak was vegan. The cheese on the sandwich is, in fact, not vegan/plant-based. The error has been corrected.