They’ll make their arrival in the region sometime in May or June. 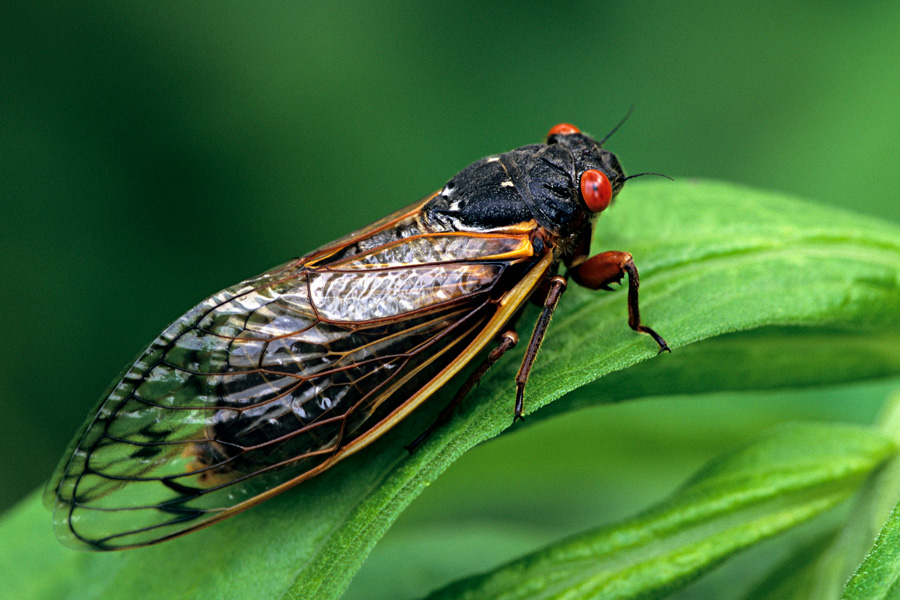 The cicadas are coming. Photograph by Ed Reschke/Getty Images

So apparently all those jokes about 2020 holding 2021’s beer weren’t … jokes? We’ve already witnessed a domestic terrorist attack in the form of a Trump-lover insurrection, and now we’re learning that 2021 just so happens to be the year that after 17 years underground, a great, big horde of cicadas are ready to come out and party. Love ’em or hate ’em, you’ll hear their noisy parade.

According to Newsweek, Pennsylvania is one of the truly blessed states that’ll see the species emerge en masse this spring. They’re called Brood X (or 10), one of the largest groups of periodical cicadas (as opposed to annual) that are expected to scratch their way out in May and June after feeding on tree-root sap for nearly two decades. A period of warm rain generally brings them out.

Pennsylvania only has annual and 17-year cicadas, says Jared Ali, assistant professor of entomology at Penn State. That means this brood last saw sunlight in 2004. (They’ve missed a lot.) And the greater Philly area could get a good chunk of the onslaught. (This nifty map from CBS shows that we are in the thick of it.) So how many are we talking? You can get trillions — a little over a million per acre — of cicadas in the region Brood X occurs, which spans about 12 to 15 states.

But take a deep breath, city dwellers. “The concrete jungle isn’t the best place for them,” says Ali. They want to mate or lay their eggs in tree branches, and they are more likely to head toward green spaces, such as Fairmount Park or natural areas around the city, as well as rural regions like Bucks County.

As for their impact? They’re relatively harmless, says Ali. Sure, they could be a nuisance if you’re in a field with them, but they aren’t going to hurt your crops or vegetables, nor will they damage older trees. He does advise covering younger trees with a light mesh (the eggs could damage their growth), but avoid pesticides. “They won’t have much of an impact on the cicadas because they’ll die in a few weeks anyway, and you’re likely to spray something that’s more toxic to yourself.”

What you will notice is their sound — that constant, rhythmic drone, particularly if you’re in a natural environment. It can be a nice ambient noise for a summer evening. (If you’ve been to the South of France, you know what I mean.) Cicadas can emit sound that can reach 80 to 100 decibels — like a plane hovering or a lawn mower, Ali says. That being said, you live in a city: You’re accustomed to sirens, cars passing on the highway. It’s just at a different frequency or pitch.

If you find yourself in a swarm of the critters, that’s another matter. “You’ll have to raise your voice significantly,” Ali says. But why would someone open their mouth to speak in a swarm at all? He counters: “If everyone’s wearing their [COVID] masks, there won’t be any problem. The irony is I bet more people would wear masks if we told them cicadas would fly into their mouths.”

Unlike the other winged pests our region’s recently been concerned with — spotted lanternflies — cicadas aren’t invasive. They’re peaceful, bumbling, clumsy insects; appearing in a horde helps them protect themselves from predators. (A creepy fact: For every one of us, there are at least 200 million insects, including cicadas, says Ali.) All things considered, we should take their appearance as an “awesome spectacle.” Maybe even try to spot them — if you live in Manayunk or along the Schuylkill, look toward the trees. “Experience something that’s natural that won’t kill you,” Ali suggests. “We have enough to worry about.”

While it sounds like cicadas won’t ruin our routines, it’ll be a rude awakening for these little guys: 2021 would certainly not be the year I’d pick to emerge from a dirt nap.