From making the most of parks to re-routing SEPTA, how Philly could and should adapt to the season. 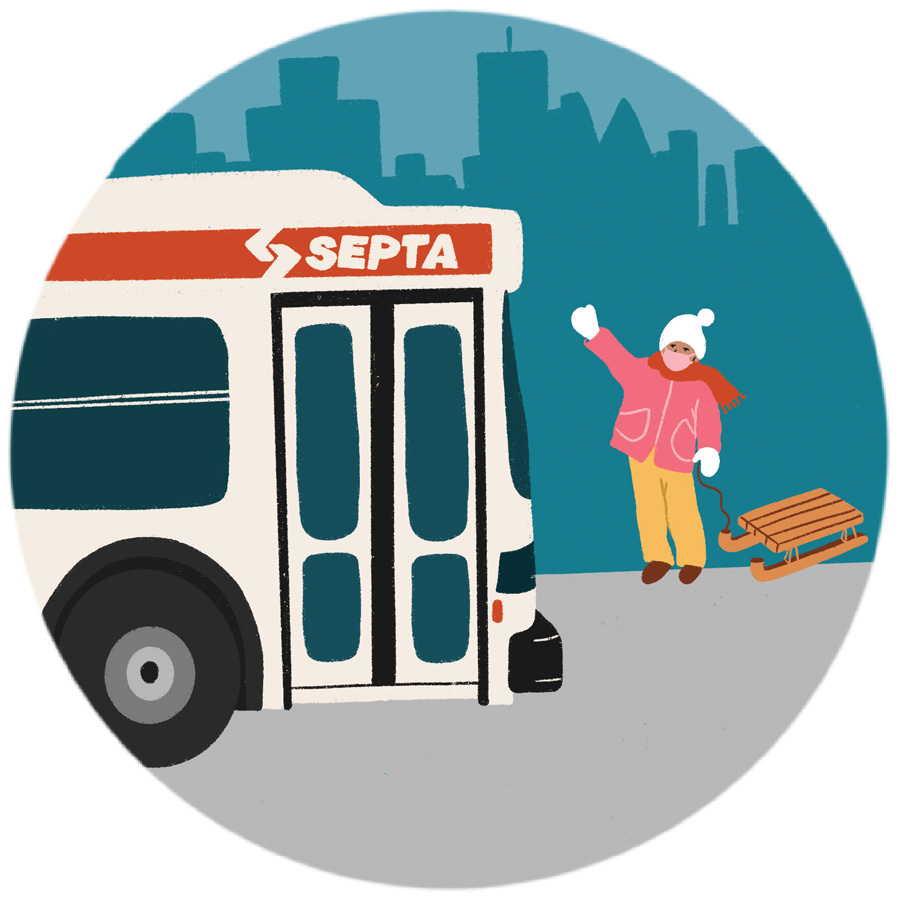 Here’s a few ways this Philadelphia winter of COVID could get better. Illustration by Sol Cotti

We trick out city parks.

Our parks are shaping up to be important social hubs — some of the few places to see anyone outside your family — and they should plan accordingly. The Fairmount Park Conservancy, for instance, has devised a series of scavenger hunts (dubbed WinTOUR) that will guide you through the park; each has a different theme, from historic homes to nature. The hunts, per conservancy executive director Maura McCartney, were inspired by Norway, where there’s a saying: “There’s no such thing as bad weather, only bad clothing.”

If step one is making sure there are ample outdoor activities, step two is making sure people can actually get to them. Normally, transit converges on employment hubs. But in a pandemic, with fewer people going to offices, Penn city planning professor Megan Ryerson suggests “taking frequency away from places where we’re not seeing demand” in favor of offering connections to public spaces for “areas of Philadelphia that don’t have robust transit service and have historically low levels of car ownership.”

We steal some ideas from Chicago.

Restaurants are going to need more than heat lamps to make it through the winter. Still, absent a federal stimulus, other cold-weather cities have been brainstorming innovations to bolster the industry. In August, the tundric metropolis of Chicago sponsored a design competition that yielded prototypes for a heated restaurant table, inspired by the Japanese kotatsu, as well as outdoor dining “blocks” — mobile open-air cubicles with ample air circulation and, naturally, a heating system.

We look out for all neighborhoods.

Before the pandemic, the mayor of Paris, Anne Hidalgo, spoke often about the idea of a “15-minute city” — one in which each neighborhood is a kind of self-sustaining ecosystem, with nothing more than 15 minutes away. In a pandemic winter, the idea makes even more sense: Less travel means less viral spread. Philly has adapted some neighborhoods by closing streets to make way for outdoor dining and retail pop-ups, but the city should expand that approach beyond the usual suspects. “We’ve focused too much on Center City,” says Penn city planning professor Akira Drake Rodriguez. Freeing public space doesn’t just benefit commercialism; it can also support “social infrastructure” like mutual-aid networks. That, she adds, is the kind of thinking that ensures we all survive the winter.

Published as “Our City Adapts to the Season” in “The Big Chill” guide in the January/February 2021 issue of Philadelphia magazine.