Why he remains silent during performances, his advice for aspiring magicians, and why he doesn’t call Philadelphia “Philly.” 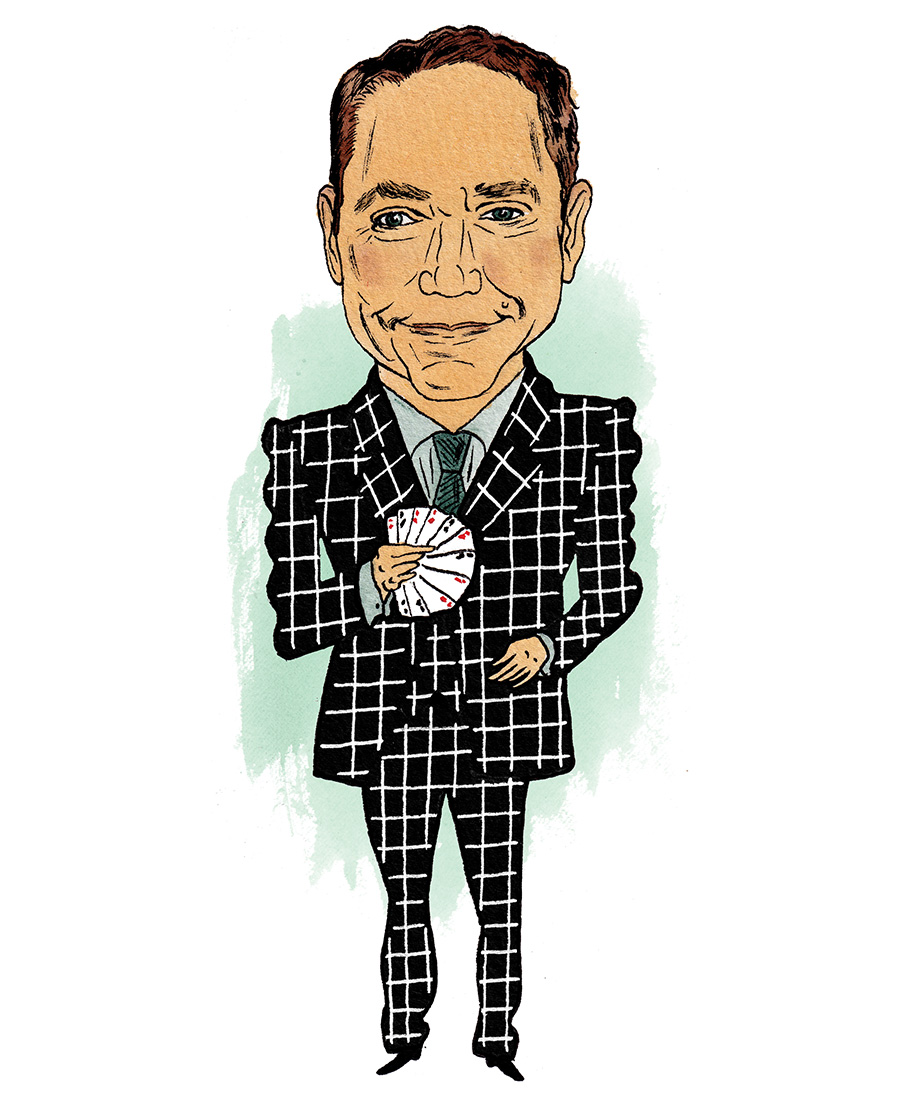 My full name is … Teller. It actually says that on my passport and driver’s license, but the driver’s-license people felt obliged to put a dash where a first name would be.

I grew up … in the shadow of Hahnemann Hospital. I used to walk to the subway that would take me to school at Central through the Hahnemann parking lot, which was well-scented with the blood of people who had been brought to the ER in the middle of the night. It was a distinct smell.

For people who haven’t seen Fool Us, I would describe it as … a different kind of competition show, in which there is a concrete standard of whether someone wins or loses. It’s not a matter of taste. It’s: Did the magician fool Penn and Teller? Ten percent succeed.

Some of my favorite mononymous people from history include … Hannibal. Cher. And, of course, Prince.

When I grew up in Philly, the city was … dignified. You call it Philly. I call it Philadelphia. When I was growing up, only New Yorkers called it Philly, with disrespect. But like with most abbreviations, the shorter form caught on.

These days, I live in … Las Vegas. For 25 years. But I still consider myself a Philadelphian.

When I was a kid, I wanted to grow up to be … a magician, but I imagined it was impossible, so I decided to become a Latin teacher.

In November, I voted for … Biden. I am fundamentally a libertarian, someone who cares most about American liberty. But I don’t confuse that with psychosis.

I met Penn … through a mutual friend, and the three of us started a magic show together. Penn and I couldn’t stand each other. That did change over the years.

One thing I miss about Philly is … the sense of history. Las Vegas has none.

I remain silent when performing because … I like the idea of lying without speaking.

If a young person came up to me today and wanted to become a magician, I would say … Take any gig you can get. It’s the 10,000 hours thing you read about from Malcolm Gladwell. The more time you spend onstage, the more you’ll learn whether you should be there.

When I’m not performing, I am usually … scuba diving, swimming, reading or walking. And learning more magic.

My first car was a … Volkswagen Microbus. These days, I drive a Tesla Model S.

My other talent is that I … am an absolute genius at taking one look at how much food is left in a serving dish and immediately determining the size of plastic container required to store it. It’s a pure talent.

The most overrated magician ever … is still among us, so I’m not going to name names.

My favorite Latin phrase is … Sum quod eris. I might put it on my gravestone. It means, “I am what you will be.” I love the idea of a dead person having the last laugh.

Published as “One of Us: Teller” in the January/February 2021 issue of Philadelphia magazine.